The track list and album cover have been announced for TRUSTRICK’s 2nd album, “TRUST.”

Only 7 months after TRUSTRICK’s release of their first album, “Eternity,” they have already created a brand new album. “FLYING FAFNIR” (which already released on January 14th) and “On your marks!,” used as the theme song for Fukuoka Marathon 2014, are included on the album, as well as songs that have been performed live like “Escape” and “Kaleidoscope” for a total of 10 recorded songs. “World’s End Curtain Call -theme of DANGANRONPA THE STAGE,” the song used for Dangan Ronpa THE STAGE ~Academy of Hope and High School of Despair~ is also included as a bonus track. Go Matsuda (of quia) ‒who worked on the art direction of “FLYING FAFNIR”‒ also worked on this track, which shows more of TRUSTRICK’s variety than previous songs.

The DVD included with album Type-A includes the medium-tempo ballad “Itsuka no Hate” and a video clip of the track that concludes the album “snow me,” a making-of video of “Itsuka no Hate,” and footage of the last performance of TRUSTRICK Eternity Tour 2014 in MUSIC EXCHANGE in Shibuya, Tokyo.

In commemoration of TRUSTRICK’s single and album release, there will be handshake and photo opportunities at Tower Records Shinjuku on January 10 and SHIBUYA TSUTAYA on January 17. They will perform on their TRUSTRICK TRUST TOUR 2015 starting March in five major cities. 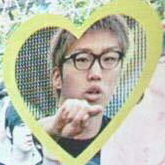