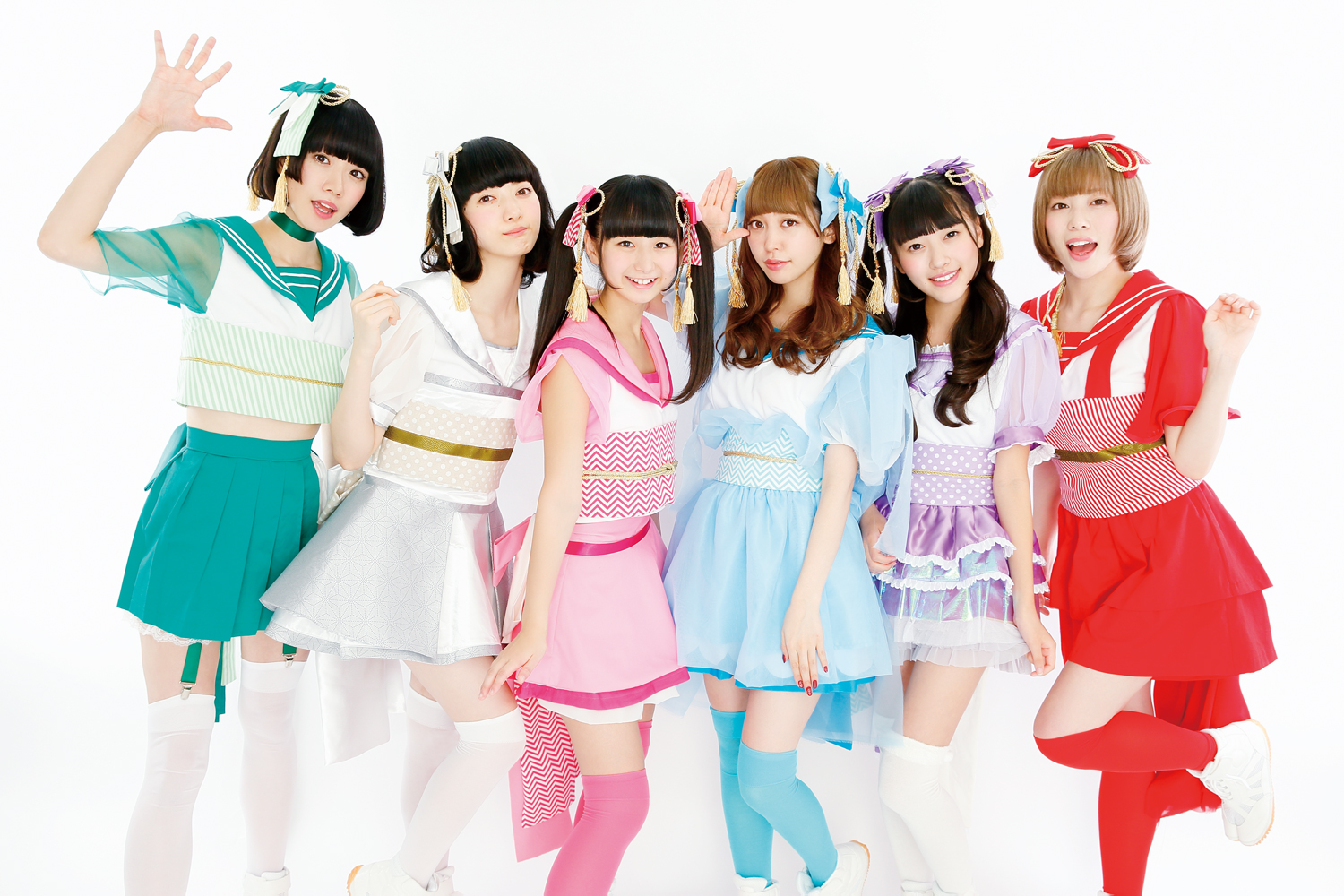 Popular Harajuku Model Misa Kimura is now an idol! The group’s name is MUSUBIZM and their theme is “to bring the world together with the power of Japanese ‘kawaii’ culture. The 6-member group unveiled their first performance on December 19th during the live webcast of “Joshi Collective”.

“Joshi Collective”, a regular web program on the social TV site 2.5D, is sort of like a “girl’s night out” (joshikai) where models, idols, artists, musicians, and other women working in the entertainment and media industry of Japan gather together to discuss topics important to them. In addition to the usual cast of Misa Kimura, vocalist from the band SEBASTIAN X, Manatsu Nagahama, model Ren Koseki, comedy duo SPIKE (Shiho Matsuura and Haruna Ogawa), singer Shiho Namba, and idol Natsuki Kiyoshi (Kiyoshi Ryujin 25), popular idol units Pla2me and Hacchake-tai (from PASSPO☆; Shiori Mori, Naomi Anzai, Yukimi Fujimoto, and Natsumi Iwamura) were part of the exciting broadcast.

The first part of the program was a talk show where Pla2me and Hacchake-tai were asked to talk about things that worried them as well as how they stay positive despite the ups and downs of being an idol. Pla2me’s Saki Kamiya and Mari Mizuta worried that they wouldn’t be seen as vulnerable or sensitive (a trait that many Japanese women perceive as being popular or attractive) because of the wild and physical nature of their dance performances. The Hacchake-tai echoed the sentiment by worrying that they weren’t as popular as the more feminine members of PASSPO☆, particularly since they are known for being the rowdy “older sisters” of the group that like to drink. However, you kind of have to admire a group that claims to “never get down”, even if their motto is “if you get depressed, let’s have a drink!” (ochikondara, toriaezu kanpai!) Matsuura from Spike suggested that they learn to cry more often instead of always being so high-spirited but her partner Ogawa quickly shot her down by saying “this one has never had a boyfriend before!”

The second half of the program featured live performances from Pla2me and Hacchake-tai which got the 2.5D studio heated up but, when the main hosts returned to the stage “Misamisa” (popular nickname for Misa Kimura) was missing! A few moments later she appeared on stage with 5 other young girls and despite it being their first performance, the crowd of idol fans and Harajuku fashion types received them warmly. After finishing their first song “unlucky girl”, they went into their “self-intro song” (most groups have these and the members mention their special characteristics or catchphrases in them) “MUSUBIZM”. As expected of a group under ASOBISYSTEM (same agency as Kyary Pamyu Pamyu and TEMPURA KIDZ), their Japanese-inspired outfits were bright and poppy and their songs were an energetic dempa-kei mishmash of genres. With the end of their short first performance, many of the members of MUSUBIZM were brought to tears after having completed the first major step in their career as idols. 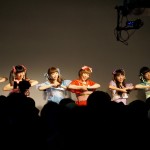 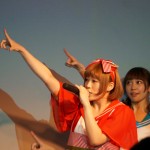 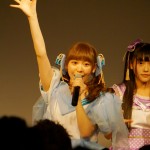 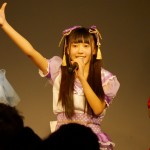 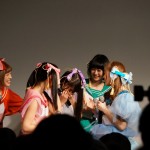 All the members of MUSUBIZM (aside from Misamisa, who already had one) opened Twitter accounts on December 19th, had a live webcast on their UStream channel on December 23, and appeared at the MiSS iD Festival ’14 alongside groups like Niji no Conquistador, Houkago Princess, and “many more” at Shinjuku Re NY on December 27th to close out 2014. They open their activities for 2015 with an appearance at ifes Premium ~Shin-nen O-EAST 500yen Kouen Special~ on January 6th. Don’t miss out on Japan’s latest idol group! 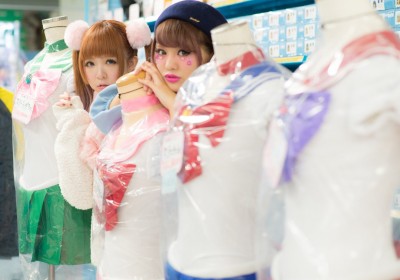 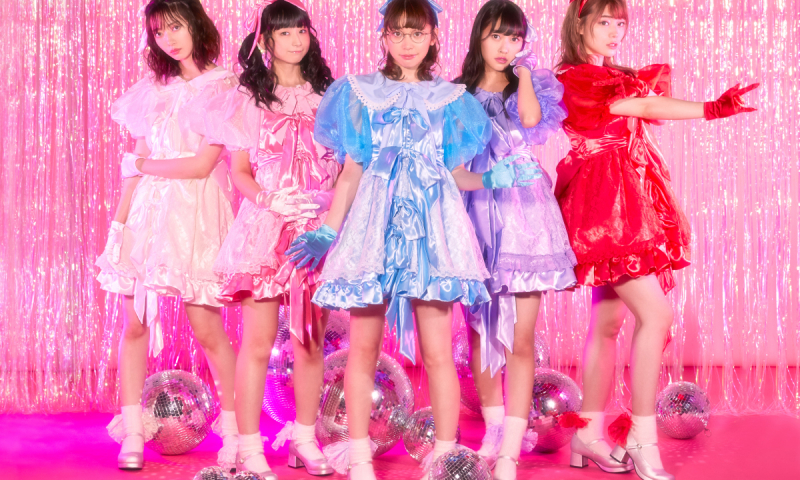 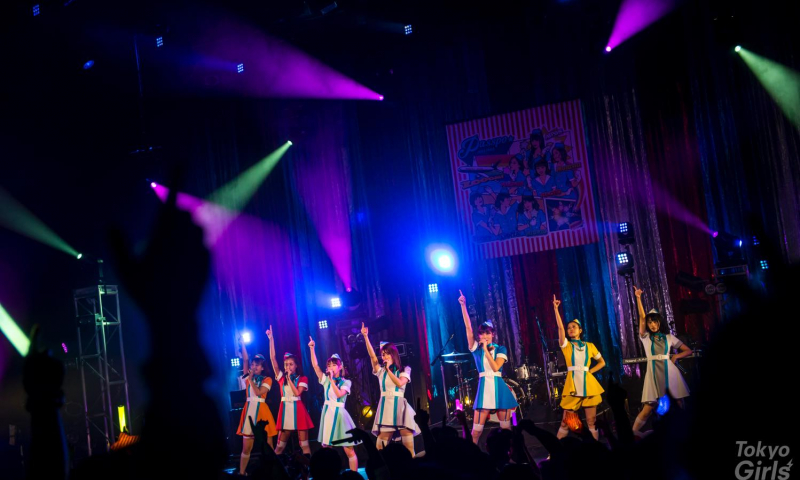