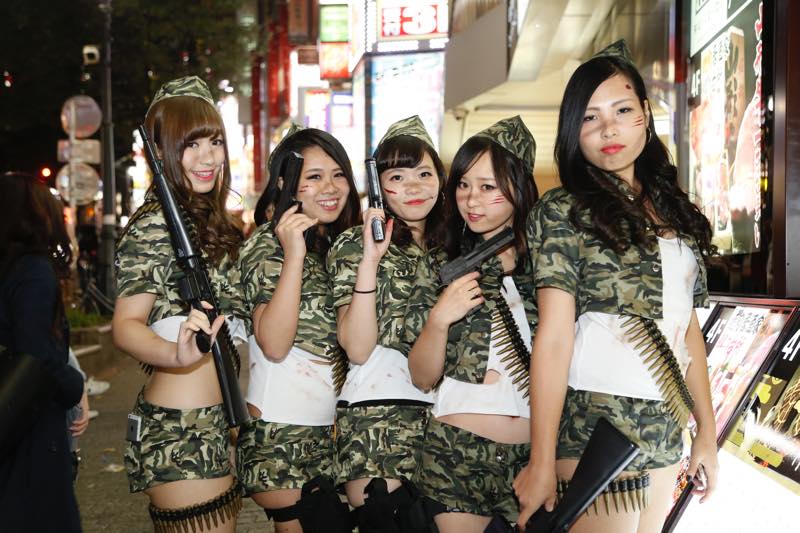 With only a few more days until Halloween, there is much cause for excitement and anxiety. As the event has gotten bigger and bigger in Japan over the years, the level of effort that people put in as well as the size of the celebrations has also grown. Whether it’s people traveling to Tokyo Disney and Tokyo Disney Sea to be photographed as their favorite characters, participating in local parades, or roaming the streets of Shibuya, Roppongi, and Shinjuku, Halloween is a holiday that people in Japan definitely look forward to. 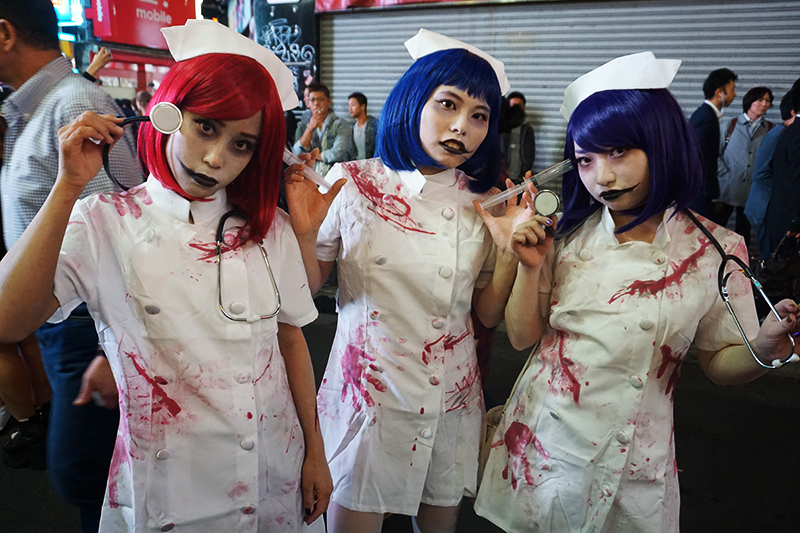 Japanese research company Monitas released their findings regarding the plans of people from 20 to 39. When asked whether or not they would be spending the festivities in the popular destination of Shibuya, more than 70% of the panel of nearly 1,000 respondents answered that they would be there in costume. 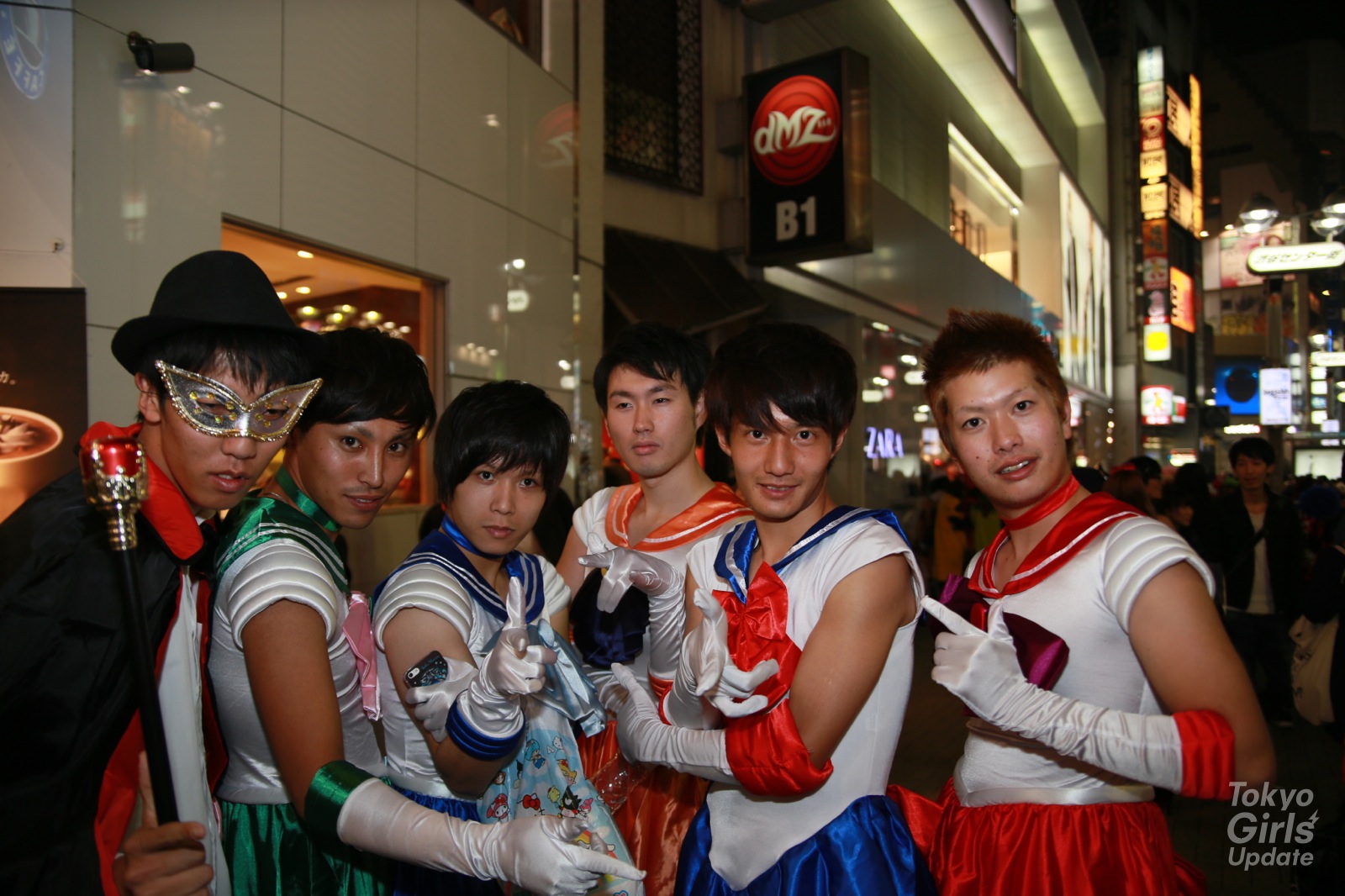 When asked what they were planning to or wanted to dress up as, female respondents answered 1) Witch 2) Disney character 3) Some kind of pumpkin related costume 4) Anime character and 5) Zombie. Male respondents answered 1) Anime character 2) Zombie 3) Some kind of pumpkin related costume 4) Ghost (obake) and 5) Undecided. Explanations on the female side ranged from “it goes with the mood of Halloween” to “it allows for a lot of variety” and “it’s easy to do”. As can be observed from previous Halloweens, combinations like “zombie Disney characters” or zombie versions of anything and everything have proven to be popular.

The differences between men and women became even more noticeable with the results of a survey conducted by Rakuten Marketplace, one of the largest retailers of Halloween costumes. Out of the 400 male and female respondents in their 20s, 41% of females reported wearing a horror themed costume in the past, with uniforms like nurses and police at 35%, angels and princesses at 31%, animals like bunnies and cats at 28%, anime/game/manga characters at 20.5%, and popular celebrities at 2.5%. For some reason, the same question was not asked of the male participants but instead asked them what type of costume that they would like to see females wearing. Uniforms like nurses and police were the most popular at 33.5% followed by angels and princesses at 31.5%, anime/game/manga characters at 28%, animals like bunnies and cats at 22.5%, horror themed costumes at 21.5%, and popular celebrities at 6.5%. 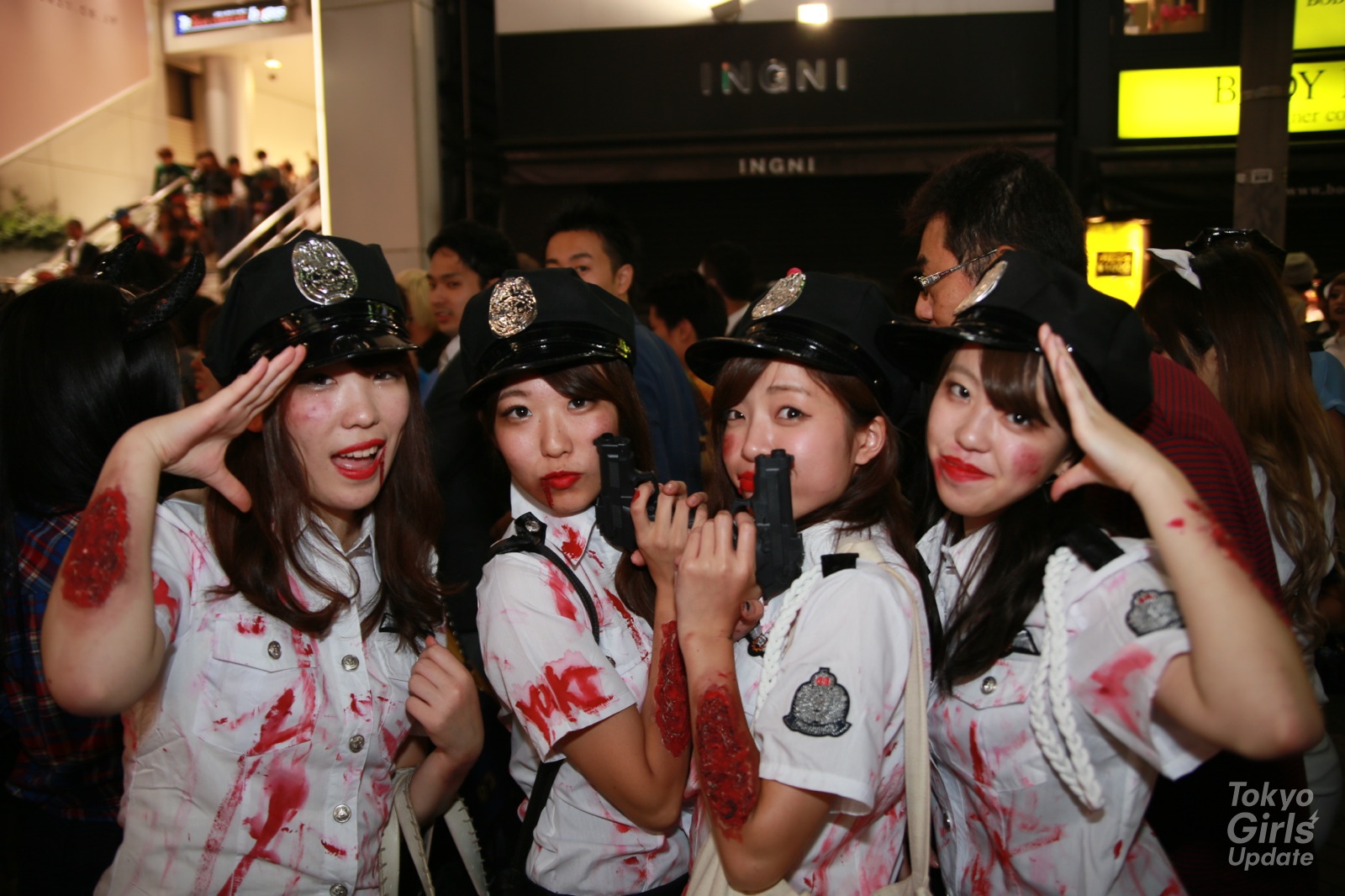 Although the female participants listed Halloween as the second highest event (61.5%) with a probability of meeting someone new of the opposite sex (summer festivals and fireworks displays were the top answer at 72.5%) and 58.5% reported being approached by someone they did not know while in costume. Additionally, 63% reported positive reactions to those advances with 55.5% expressing their wishes to be popular during Halloween. Despite these expectations, it seems that females have had a tendency to wear costumes that are unpopular with males. 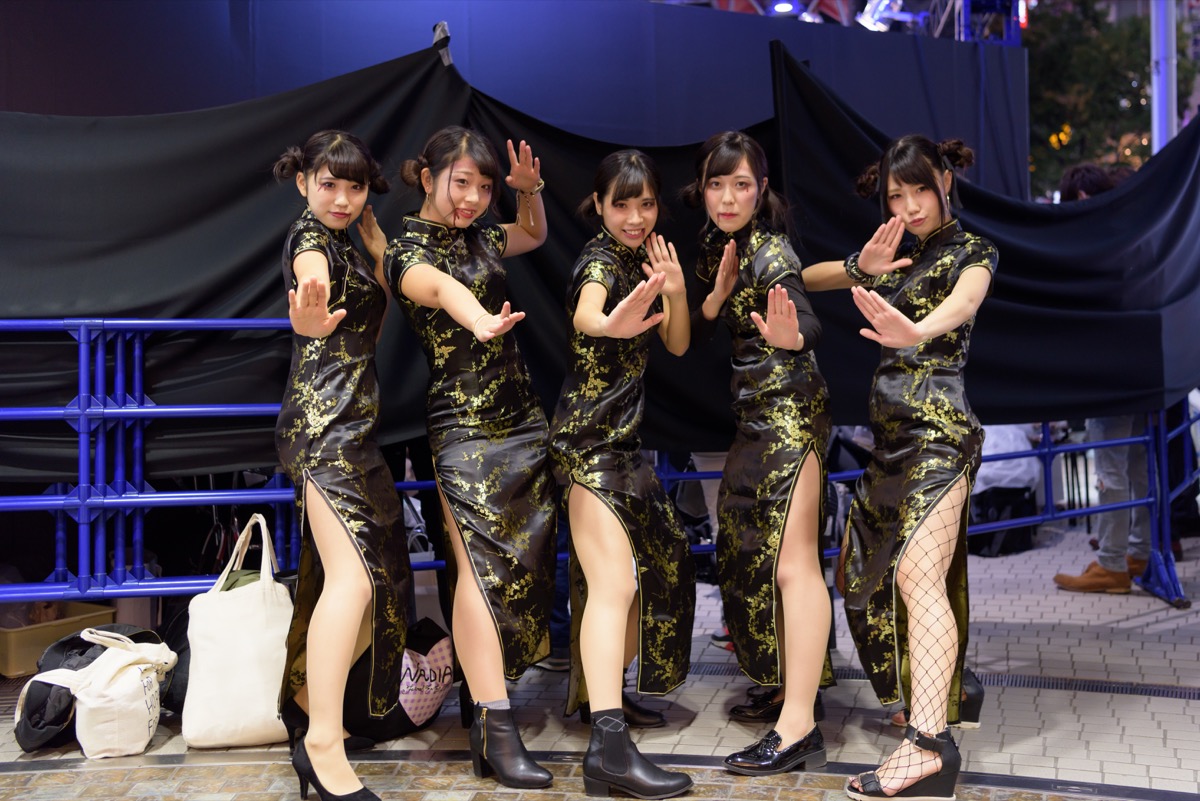 Further complicating things are the different priorities that determine the selection of a costume. Female participants ranked “unity with friends” the highest at 54%, “cuteness” second at 49%, “realism” third at 28%, “sexiness” fourth at 25%, and “individuality” 5th at 18.5%. When asked what they looked for in a female costume, the male participants ranked “cuteness” first at 51.5%, “sexiness” second at 47%, “unity with friends” third at 23%, “realism” fourth at 20%, and “individuality” 5th at 15.5%. The emphasis of fitting in is evident in the popularity of group costumes, sometimes with groups of young women all wearing the same thing. 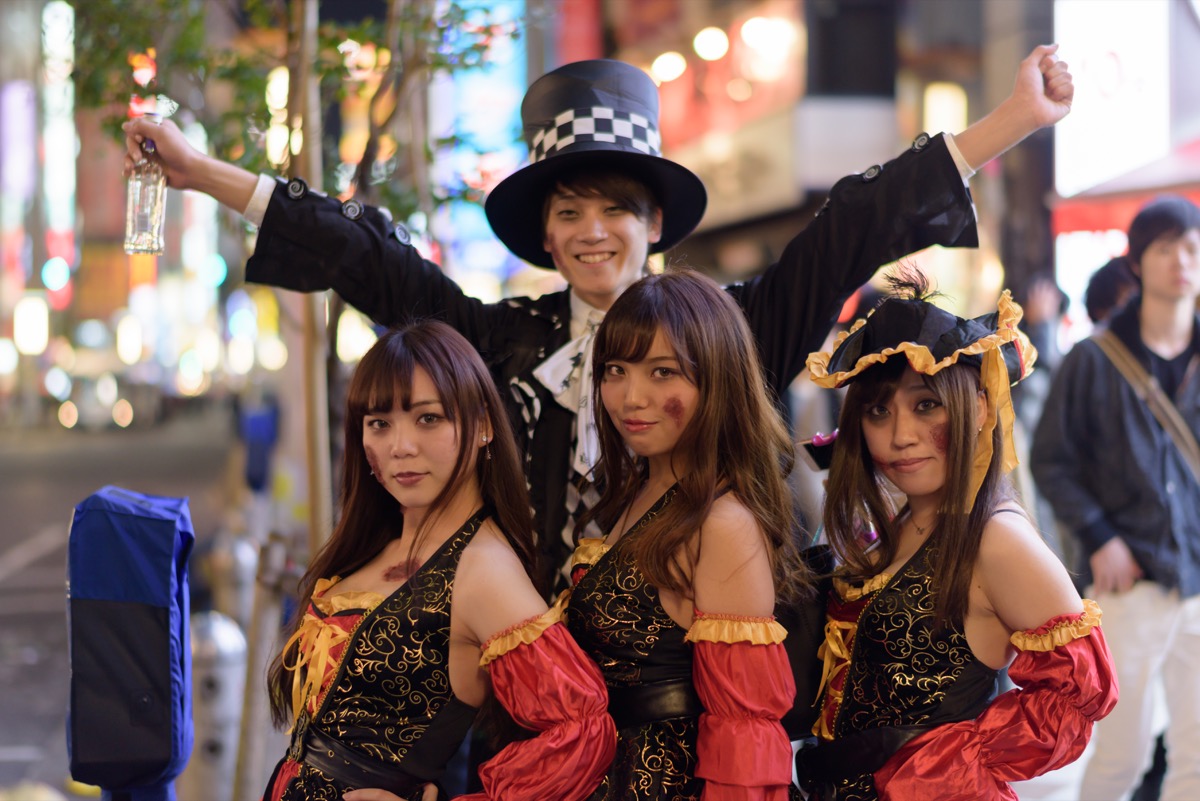 Despite all this social research that has been conducted on the why, what, and where of Halloween in Japan, isn’t the main point of the holiday to go out and have fun? 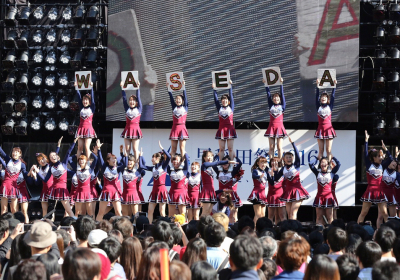 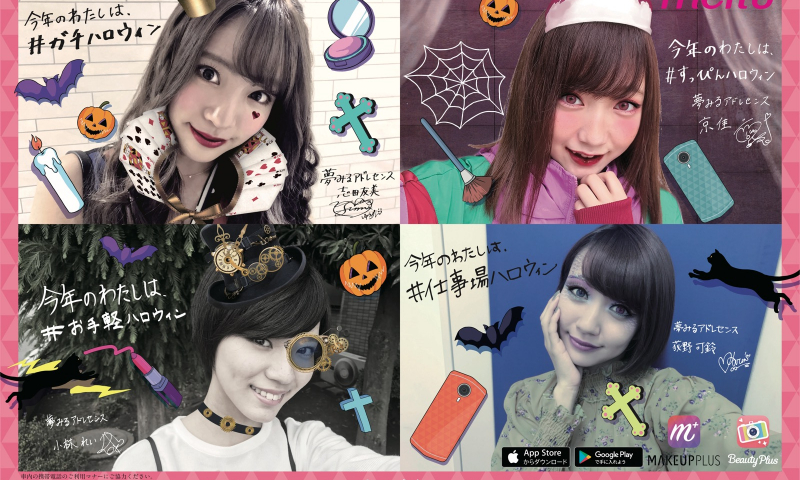 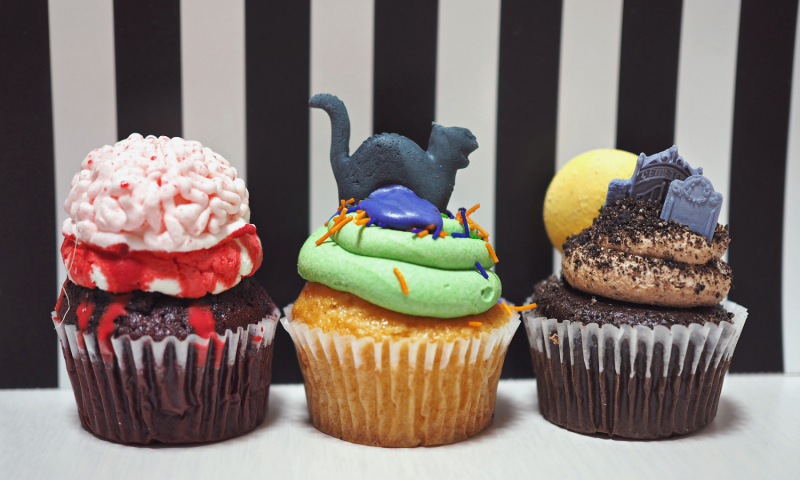 Kimo-kawaii! Get Spooked This Halloween With These Adorably Scary Sweets 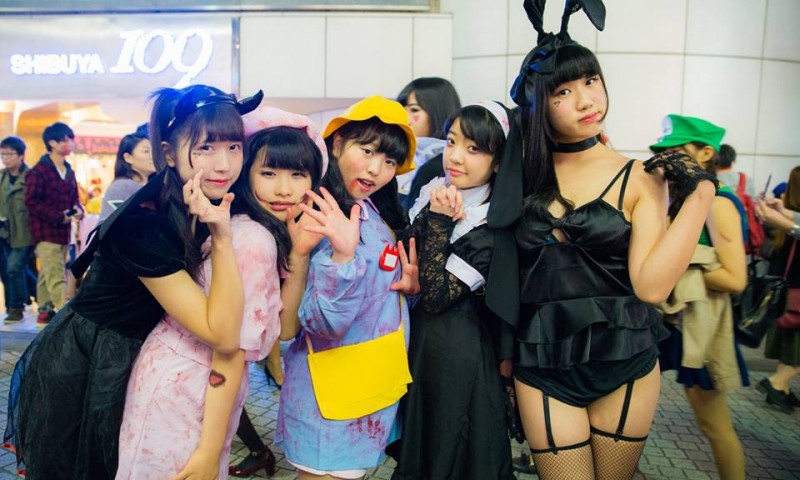 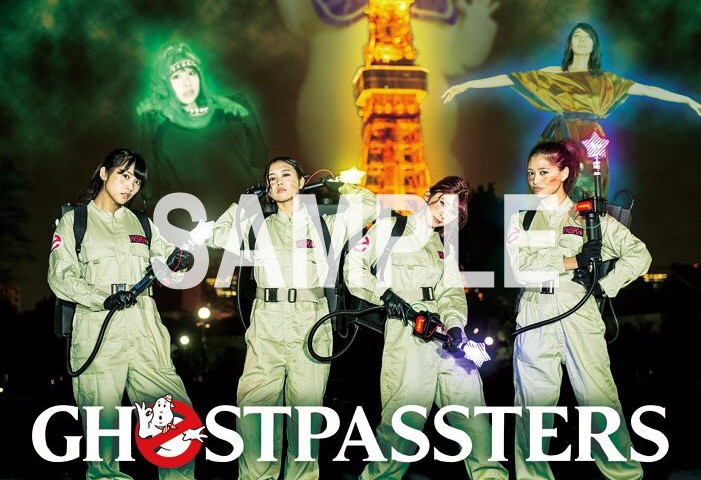