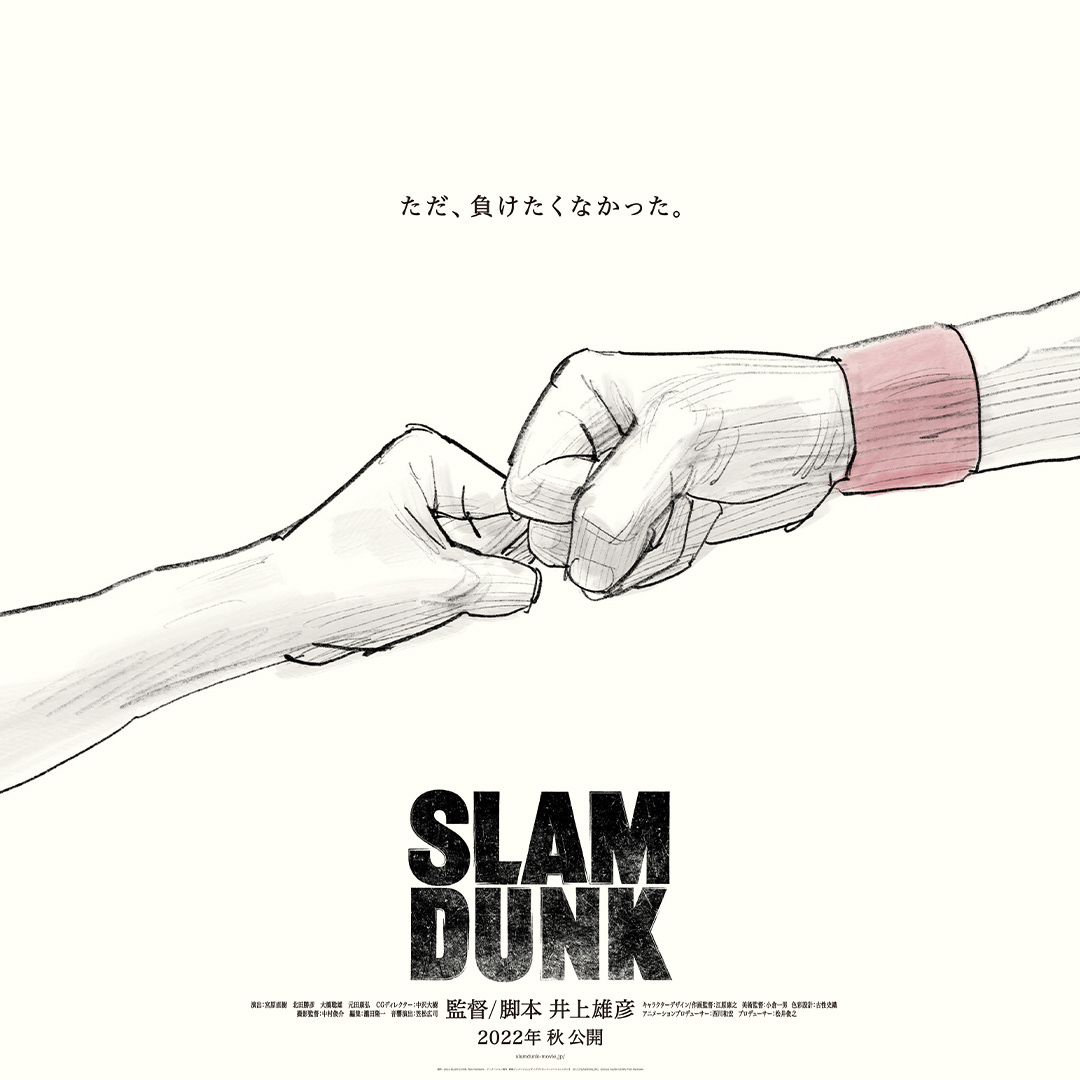 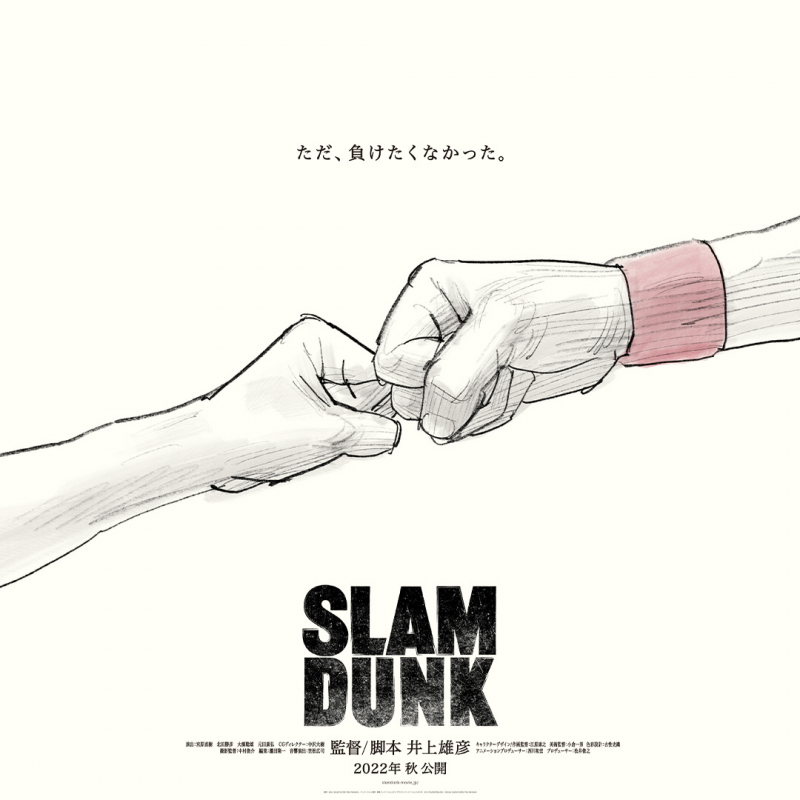 It has been 4 months since the image of 5 members (Hanamichi Sakuragi, Kaede Rukawa, Takenori Akagi, Ryota Miyagi, Hisashi Mitsui) in a huddle was released back in August 2021, and the next new teaser image of the movie “S L U M D U N K“, scheduled for released in Autumn 2022, was released on the official Twitter account.

On the huge screen measuring 2m by 2m are the words “I just didn’t want to lose”, along with two unknown characters’ fists confronting each other.
With this phrase, fans have a theory that the upcoming film will be about the tumultuous Shohoku VS Sanno match that takes place in the original series.

Following the previous film, a new teaser image was drawn by the original author, Takehiko Inoue.
Slam dunk fans all over the world tweeted their excitement for the movie, and their anticipation of seeing the sequel or even possibly a completely new story.

The timeless masterpiece Slam Dunk, which started a basketball boom in the 1990s, has been beloved for over 20 years.
Until it’s release in fall 2022, be sure to check out the official Twitter account, as well as the activities of the author and director Inoue Takehiko on his social media account. 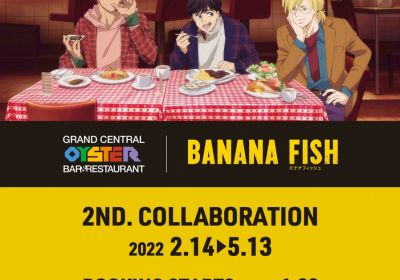 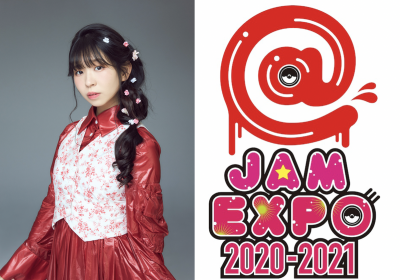