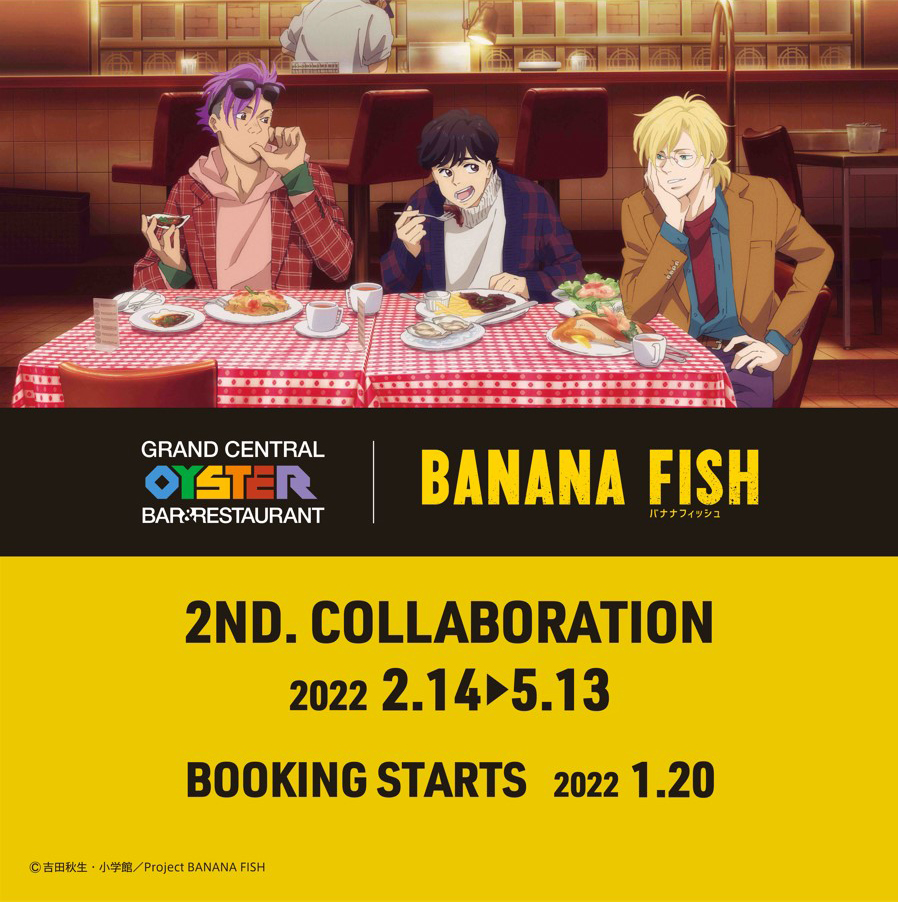 “BANANA FISH”, written by Akimi Yoshida, was serialized in “Bessatsu Shojo Comic” from 1985 to 1994.

Centering on its mysterious keyword “Bananafish”, the film is based on the bond between Ash, a street gang leader, and Eiji Okumura, a young Japanese man who worked as a cameraman’s assistant.

Even after the series’ conclusion, it has been loved as a timeless masterpiece for many years, including on the stage, and has become even more popular since being made into an animation in 2018.

Now even in 2022, the collaboration items will still keep on coming as the signature bright and stylish yellow continues to catch eyes everywhere.

A collaboration campaign will be held at Lawson convenience stores nationwide from January 18 this year. 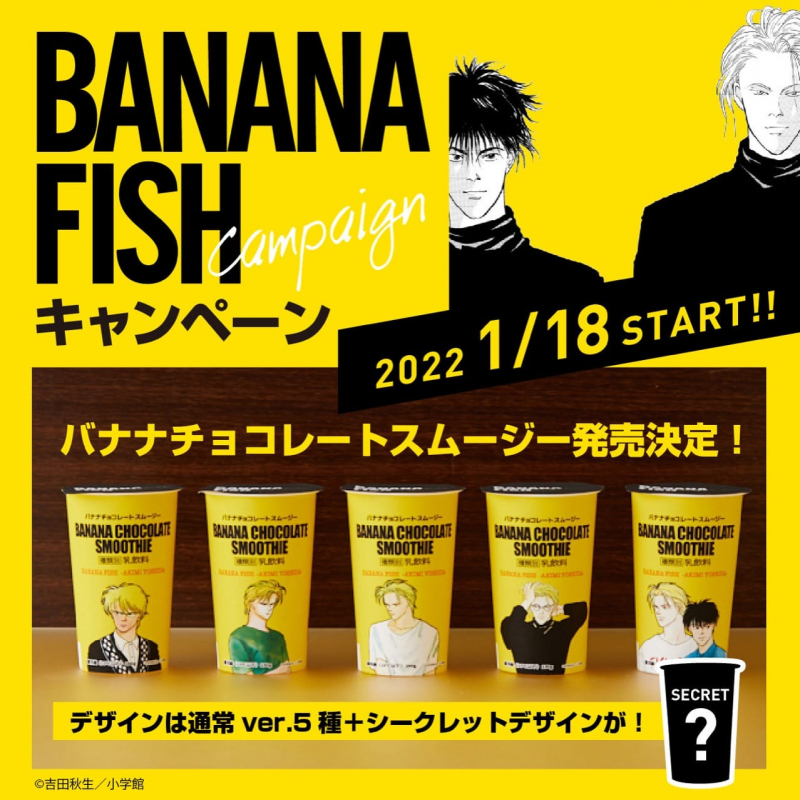 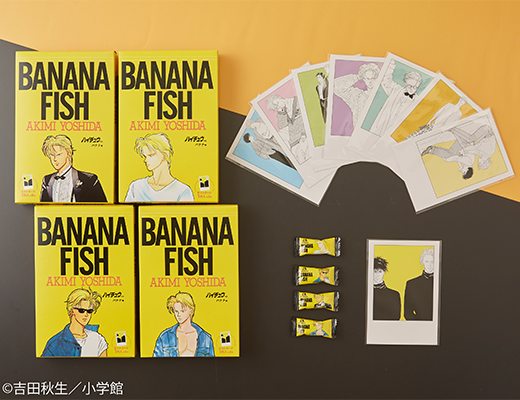 Following its first series in 2020, Grand Central Oyster Bar & Restaurant Shinagawa will offer its second collaboration course menu series from February 14 to May 13 with goods featuring illustrations by Hayashi Akemi along with cocktails and design bottle wine.
Reservations for seats can be made on the official website (http://www.oysterbartokyo.com/) from 11:00 on January 20. 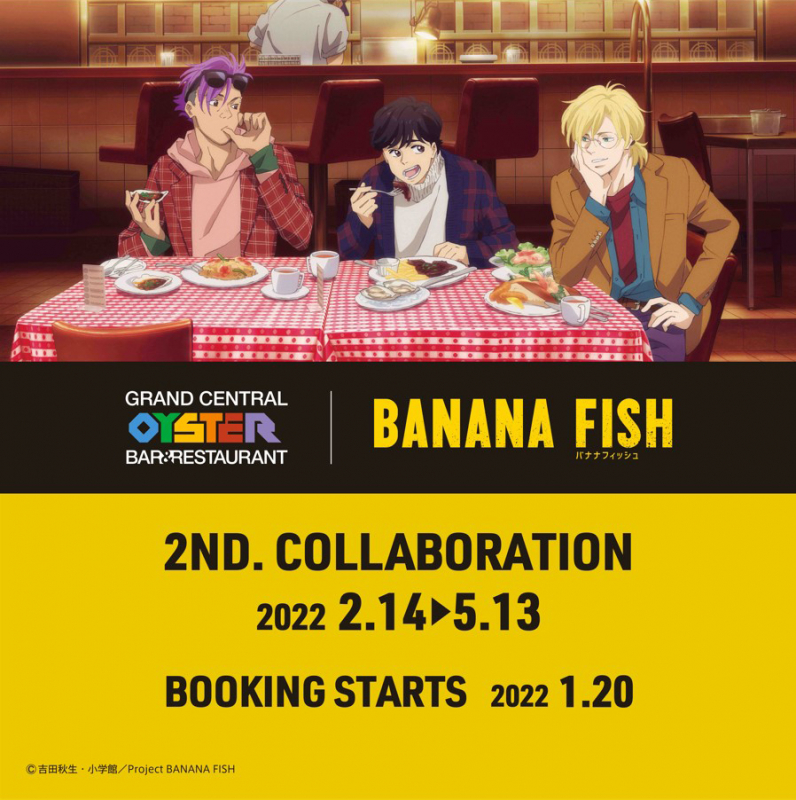 In this second collaboration, three new course menus have been created, inspired by the characters Ash Lynx, Eiji Okumura, and Shorter Wong. 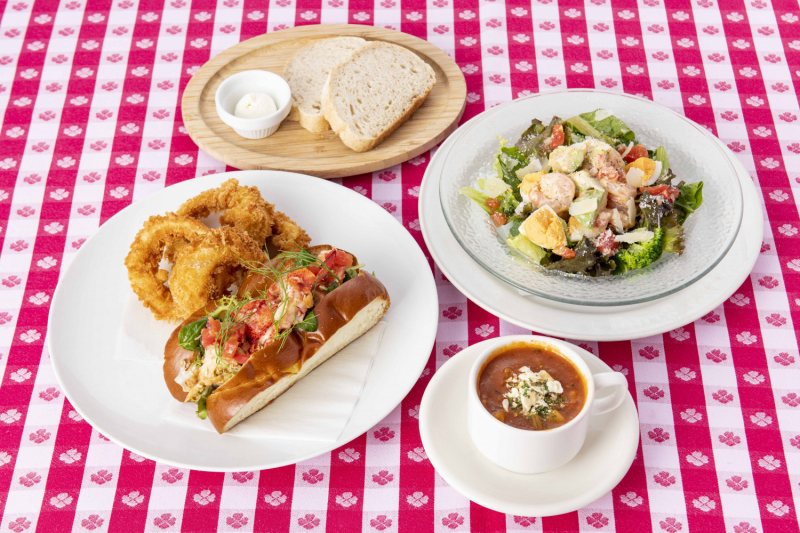 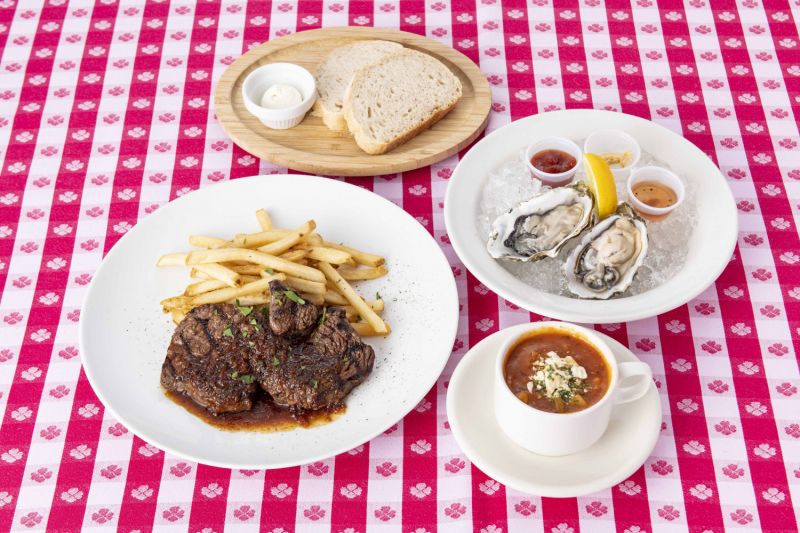 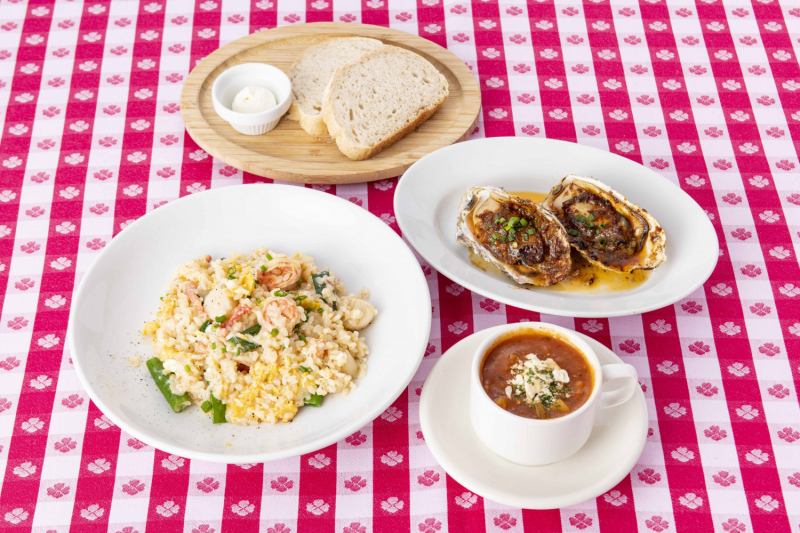 Two wines (Chablis/Sauvignon Blanc) with illustrations drawn on the bottle will be sold, and customers who order a cocktail will receive an original coaster (all three types) 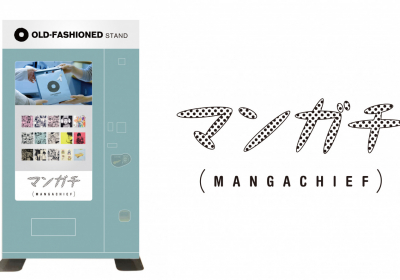 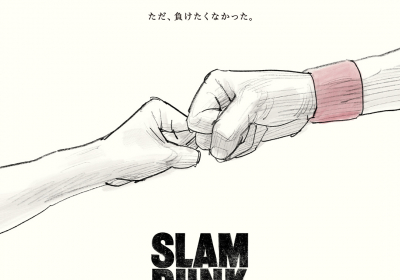