Warning: Use of undefined constant display_name - assumed 'display_name' (this will throw an Error in a future version of PHP) in /home/allbluetgu/tokyogirlsupdate.com/public_html/wp/wp-content/themes/Updaty/single-guide.php on line 62
Ayaya on Jun.19.2015 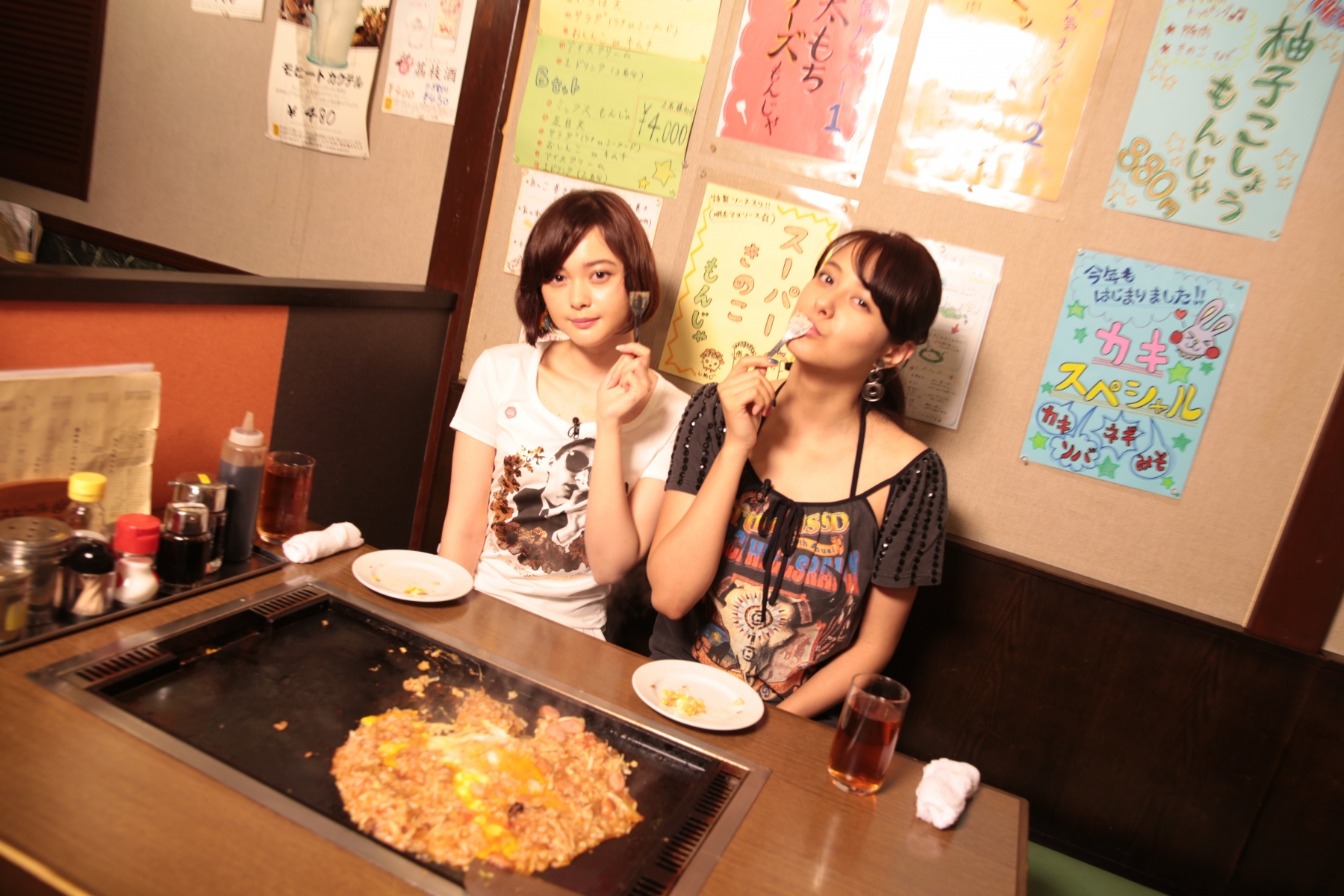 Monja-yaki is a food which is completely different from okonomi-yaki although their ingredients are almost same. It stands tall in its very own category. Like your typical okonomi-yaki, the main ingredient is flour. The word ”monja” describes the method of mixing flour, water, cabbage and other additional ingredients such as tiny shrimp together and frying it to create the ultimate mouth-watering savoury food. Monja-yaki contains the majority of the same ingredients as okonomiyaki but the the key difference is that monjayaki uses significantly more water. So basically, if okonomiyaki is curry and rice, monjayaki would be just the curry…? (laugh)

A well-known battleground of monja-yaki is “Tsukishima“, which can be found in chuo-ku, Tokyo. Seeming almost unchanged since long ago, Tsukushima’s friendly neighbourhood vibe can be felt the moment you enter the area, and is very popular tourist hot-spot. 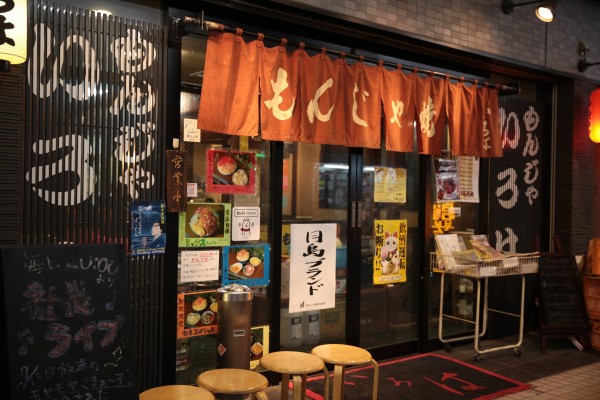 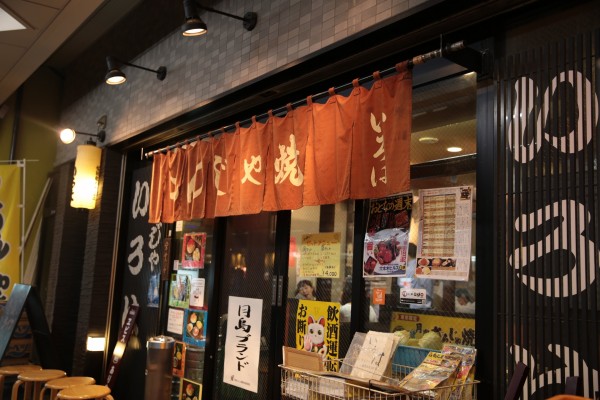 The restaurant, our trusty reporters Alisa Urahama and Tina Tamashiro ventured to this time was located in the Nishinaka-Douri-Shoutengai(shopping street) in “Monjayaki street”. Known as “Iroha Nishinaka“, the restaurant prides itself on being a long-standing monja-yaki store since in 1955. Despite it raining on the day we visited, the place was flooded with customers busily munching away on their delicious monja-yaki. 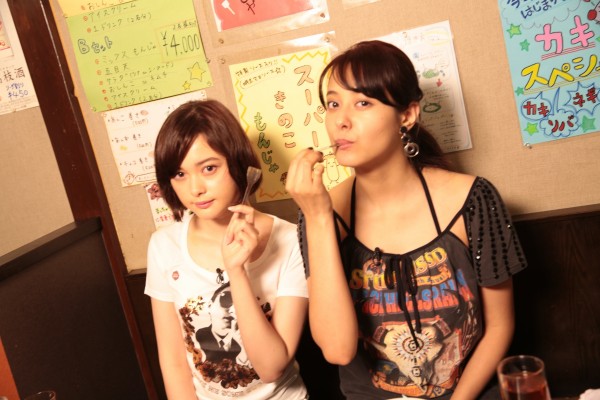 Our reporters ordered a variety of foods from the “Iroha Special” section of the menu, including “Mentaiko Mochi Cheese Monja”, (Seasoned cod roe, rice cake, and cheese mixed monja) one of the many foods in that section that are ever-popular with young people. They even took on the challenge of eating a novelty monja-yaki called “Sapporo monja”, which contains corn, butter and miso (soy bean paste)! 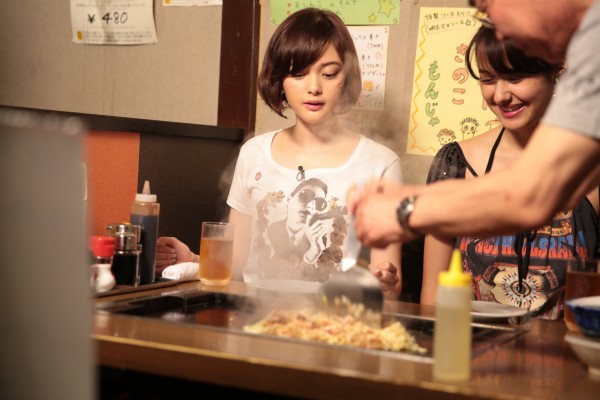 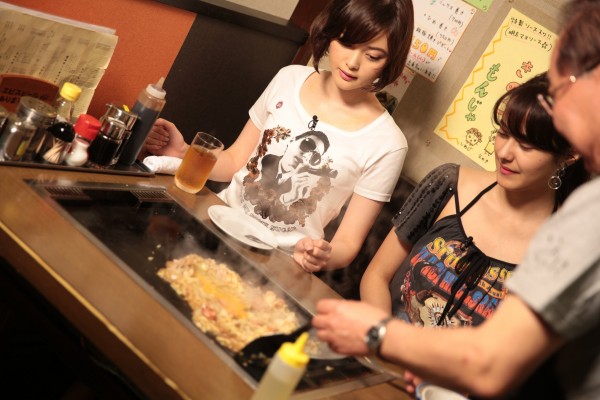 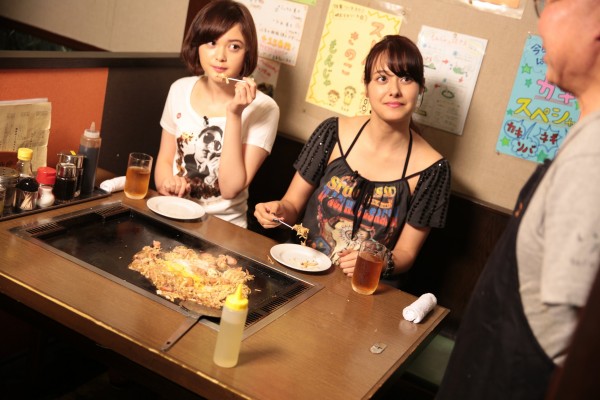 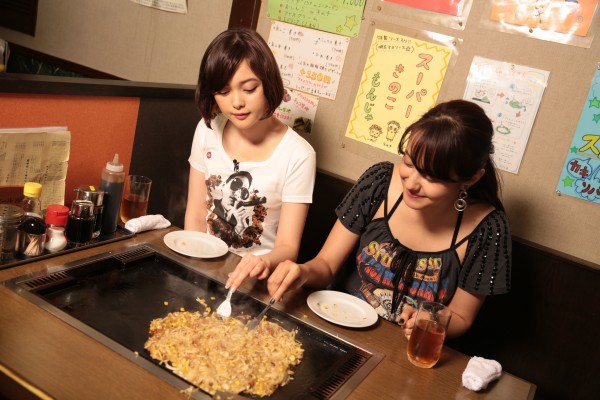 In order to create a beautifully crafted, great-tasting monja-yaki one requires a certain extent of experience in the art of monja-yaki-making. First, you need to set aside the liquid ingredients and cook the solid ingredients, such as meat on the iron plate. During this time, the trick is to quickly chop the cabbage into fine pieces. Once the ingredients have softened and cooked, you must then open up a hole in the middle of the ingredients, similar to that of a donut (this is known as a “dote”). This is to ensure that there are no cracks in the final product! After this, you pour the liquid mix into the hole. You must be careful however, as the liquid can flow through crevices and spread out to form an unwanted shape. Once the liquid mix begins to simmer, you can then mix it into the other ingredients. Once the mix has basically solidified, it is then ready to be served. 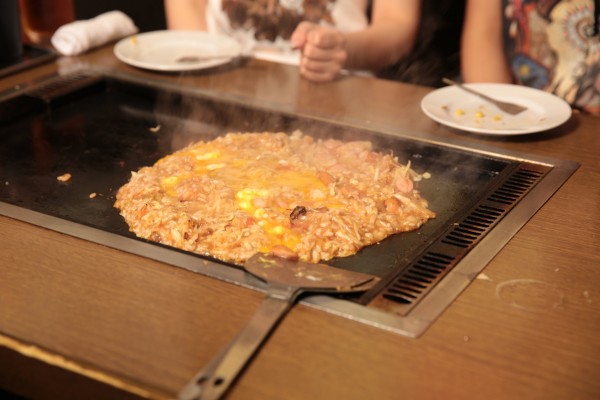 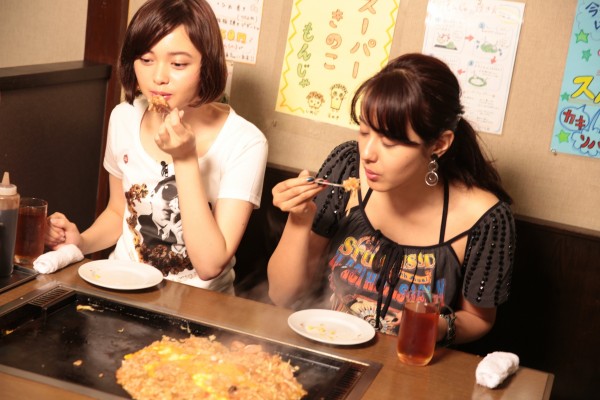 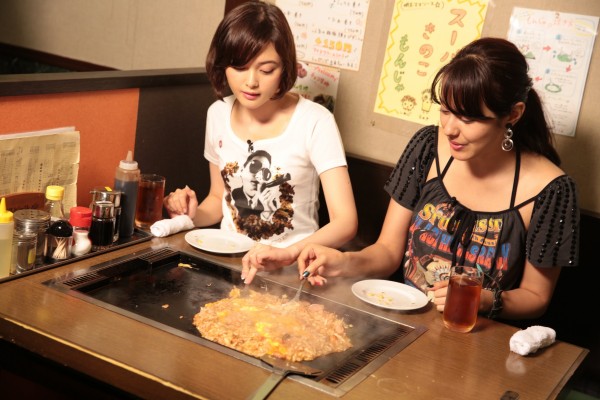 But according to the manager at Iroha Nishinaka, there honestly isn’t any one correct way to create monja-yaki. That’s the best part about monja-yaki – everyone can enjoy making it in a way they feel will be delicious. For those first-timers out there feeling worried about their ability to create a decent monja-yaki, there’s no need to fear as staff will gladly assist you in your endeavours. It might be best that you enjoy the monjayaki created by the staff first, then try your hand at making your own. 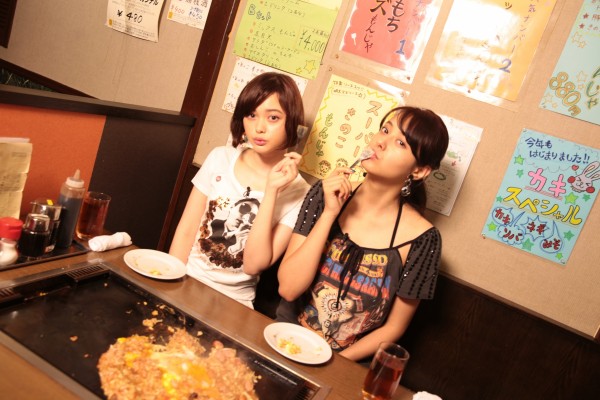 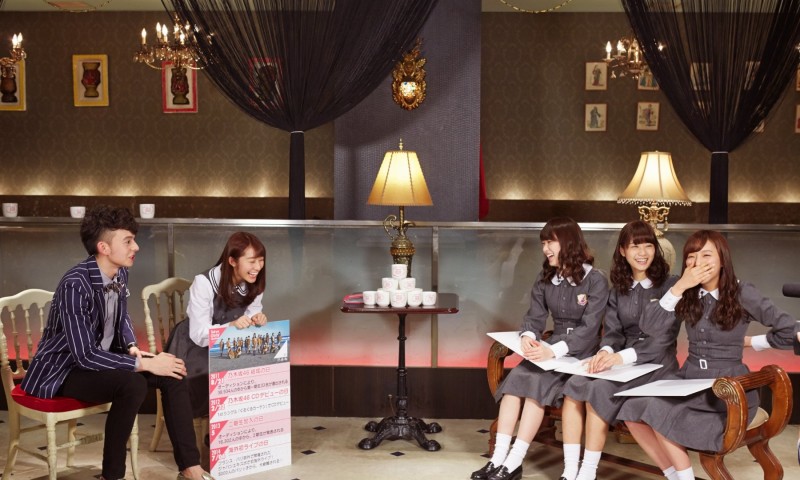 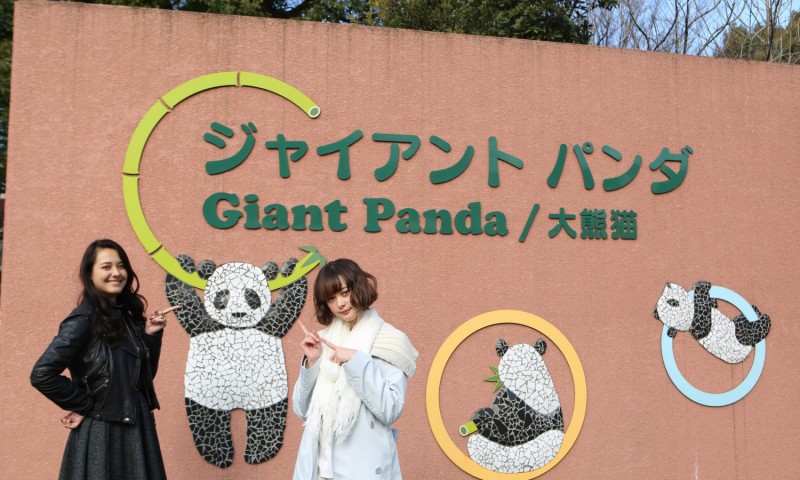 Grab Your Scoop on the Ever-Popular Sightseeing Destination in Tokyo, Ueno Zoo! 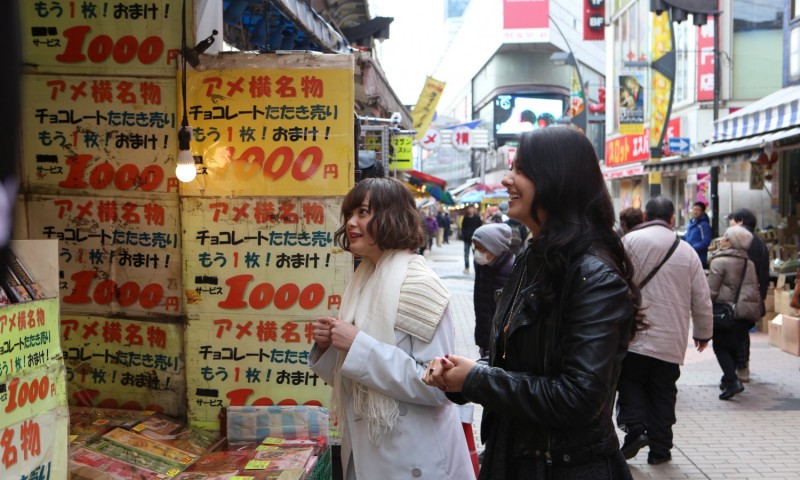 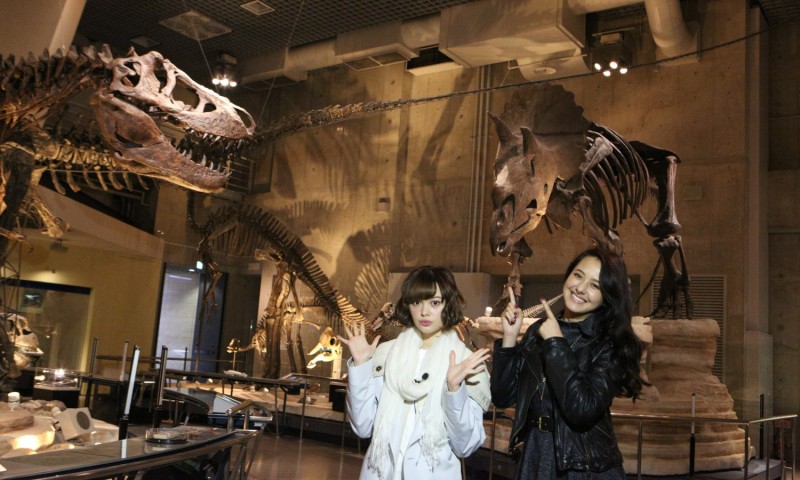 Explore the Wonders of Japan’s National Museum of Nature and Science in Ueno!