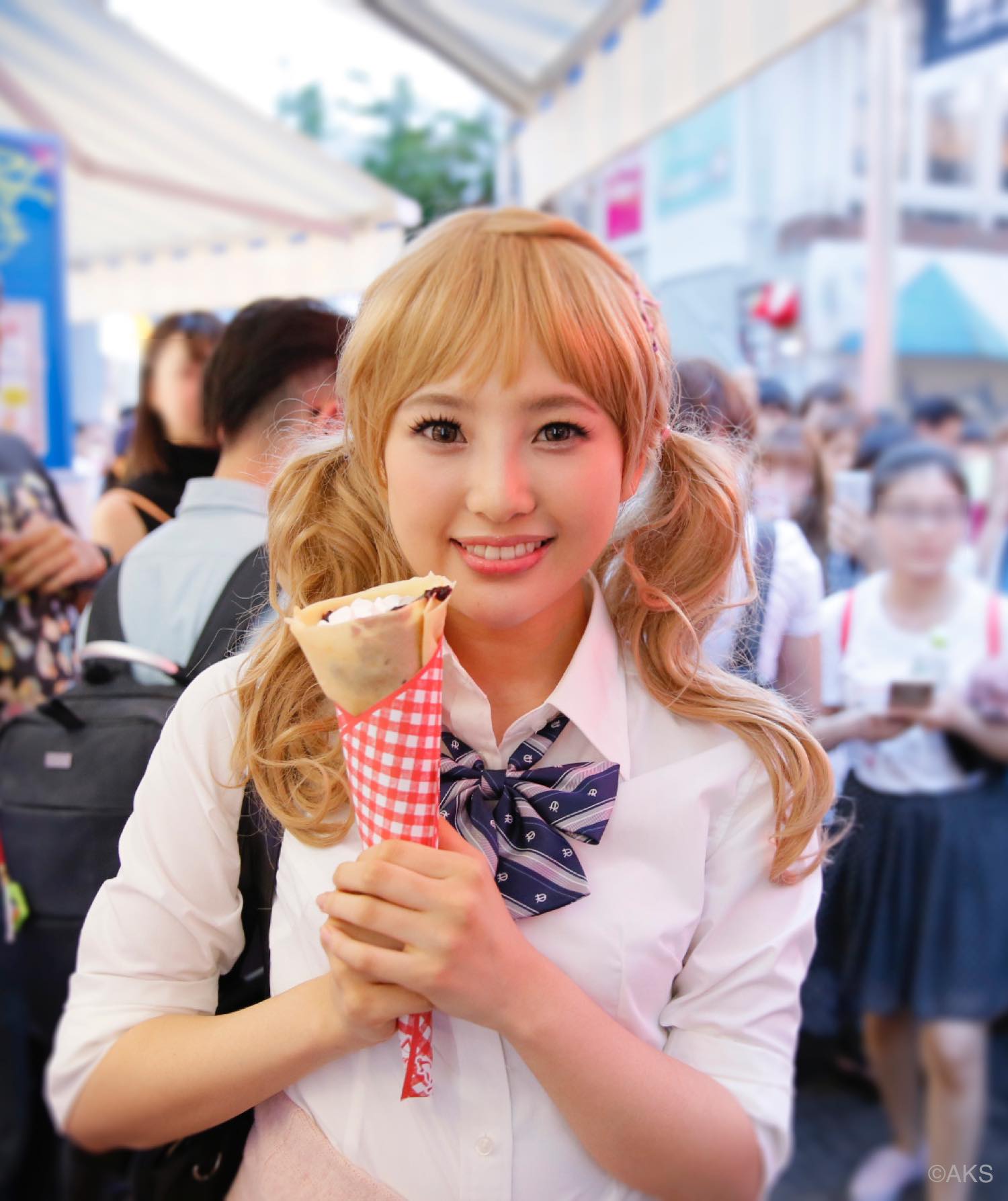 On August 30, 2016, the “flying get” day for AKB48‘s double A-side 45th single, “LOVE TRIP/Shiawase wo Wakenasai” (release date: August 31), Haruka Kodama (HKT48 Team H/AKB48 Team K) was like a girl who had leapt through time as she strolled down Harajuku’s world famous Takeshita Street in full gyaru mode! 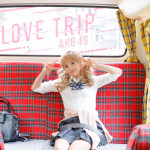 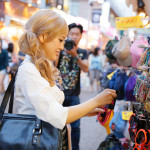 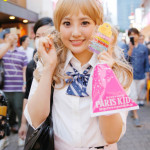 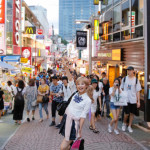 It was her fulfilling a promise she had made to listers of Music Comic Plus contingent upon her making it into the top 16 (senbatsu) for AKB48’s 8th Senbatsu Sousenkyo (General Election). Having just missed ranking in years past, “Haruppi” beat her personal best of 17th as her name was called at 9th place in Hard Off Eco Stadium Niigata on June 18th. 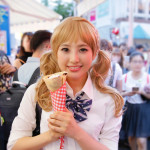 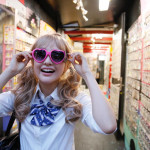 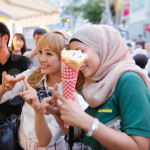 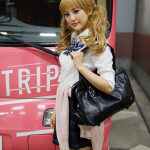 I’m really happy that I got to fulfill my promise. I’m glad that I was able to do it so soon. I was worried that it would be postponed or I wouldn’t be able to go through with it.

I really wanted to eat a crepe while I’m here. This is actually my first time to visit Takeshita Street. (The crepe she ate was blueberry and whipped cream)

It’s really fun to feel like a schoolgirl. This time I was alone but next time I want to come with a friend.

“LOVE TRIP/Shiawase wo Wakenasai” has been released in 5 limited editions and 5 regular versions. The third track available on all versions is titled “Hikari to Kage no Hibi” and is the ABC Asahi theme song for the Koushien summer high school baseball tournament. Here is the distribution of the other songs for the single: “Densetsu no Sakana” by Undergirls (Type-A), “Shinka Shitenee Jan” by Next Girls (Type-B), “Kishi ga Mieru Umi Kara” by Future Girls (Type-C), “2016-nen no Invitation” by Upcoming Girls (Type-D), and “Hikari no Naka he” by Baito AKB Paruru Selection (Type-E). As always, the limited edition copies include an event participation ticket and the regular versions include a randomly selected nama shashin (bromide). Each of the DVDs for each version include the MVs for the songs on the CDs and Type-E has a 30-minute long version MV for “Shiawase wo Wakenasai” 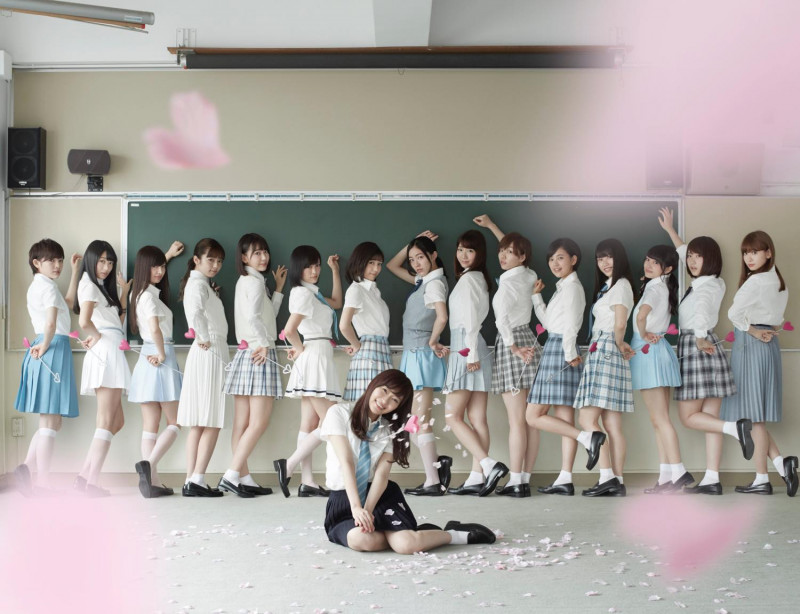 HKT48’s 8th single “Saiko kayo” (release date: September 7) will be released in 3 CD/DVD versions and a theater version. Type-A includes the song “Yume Hitotsu” by Chihiro Anai and nakama. Type-B includes the song “Yozora no Tsuki wo Nomikomou” by Team H. Type-C includes the song “Go Bananas!” by Team KIV. The coupling song for all versions is “Soramimi Rock” by Team TII. Each of the DVDs include the MVs for the songs on the CD and volume 1-3 of the members of HKT48 on a field trip (HKT48 no Danketsu Shuugaku Ryokou). 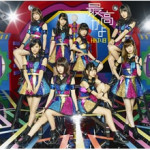 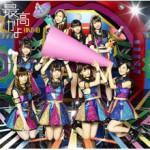 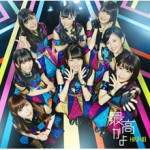 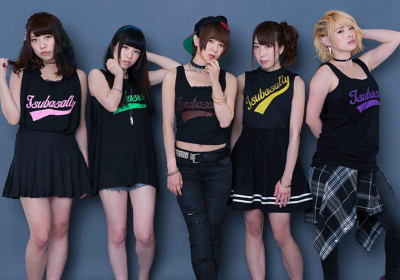