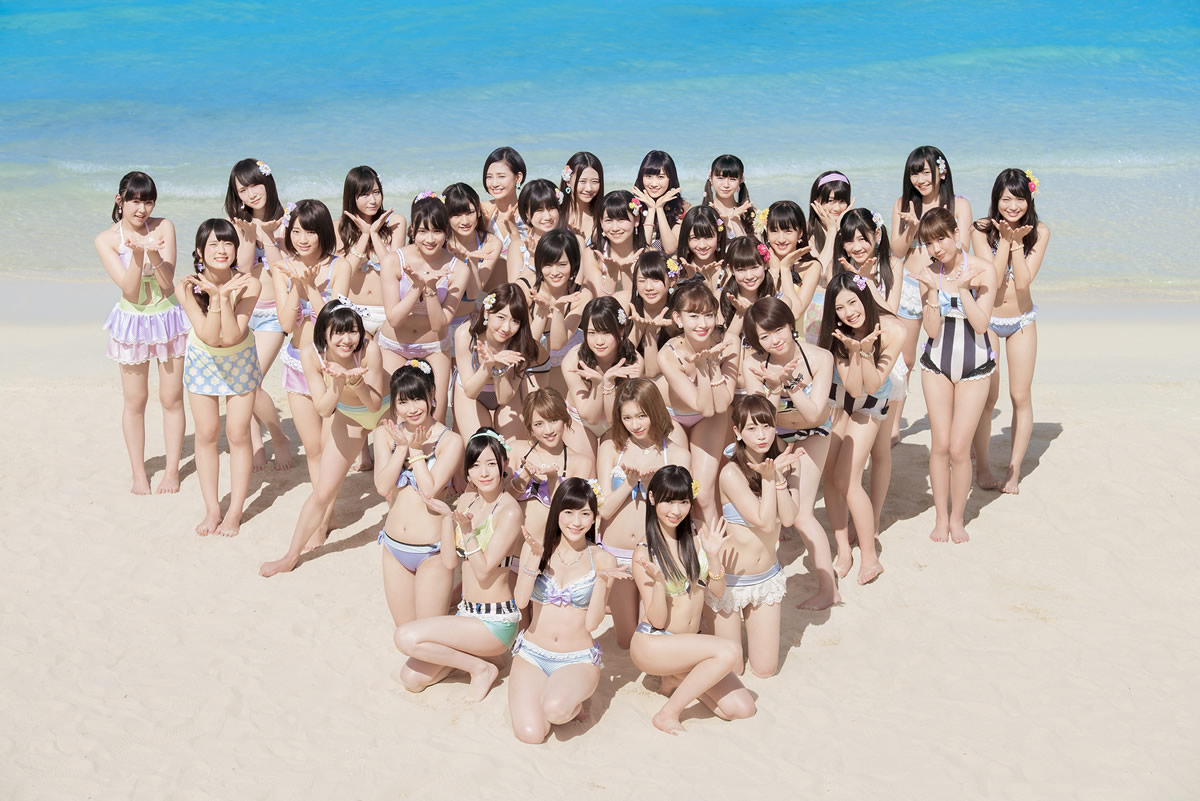 AKB48 (read “A.K.B. Forty-eight”) is a Japanese girl group. The girls range in age from early teens to mid-20s. Produced byYasushi Akimoto, it is one of the highest-earning musical acts in the world, with 2011 record sales of over US$200 million in Japan. It has achieved such popularity in Japan that it has been characterized as a social phenomenon.

As of January 2013, the group’s seventeen latest singles topped the Oricon Weekly Singles Chart. In 2010, “Beginner” and “Heavy Rotation” placed, respectively, first and second in the list of Japan’s best selling singles for the year. In 2011 and 2012 AKB48’s singles occupied the top five spots of the Oricon Yearly Singles Chart. The band has sold over 20 million CDs, and holds the record for most singles sold in Japan by a female group.

AKB48 is named after Akihabara (Akiba for short), the area in Tokyo where the group’s theater is located. The idea of AKB48’s producer Yasushi Akimoto was to create a girl group that, unlike a regular pop group, which gives occasional concerts and that is mostly seen on TV, would have its own theater and perform there on a daily basis; the fans would always be able to go and see the girls live. AKB48 still performs at the theater daily, with tickets distributed by lottery. Akimoto has also expanded the AKB48 concept to several sister groups throughout Asia.