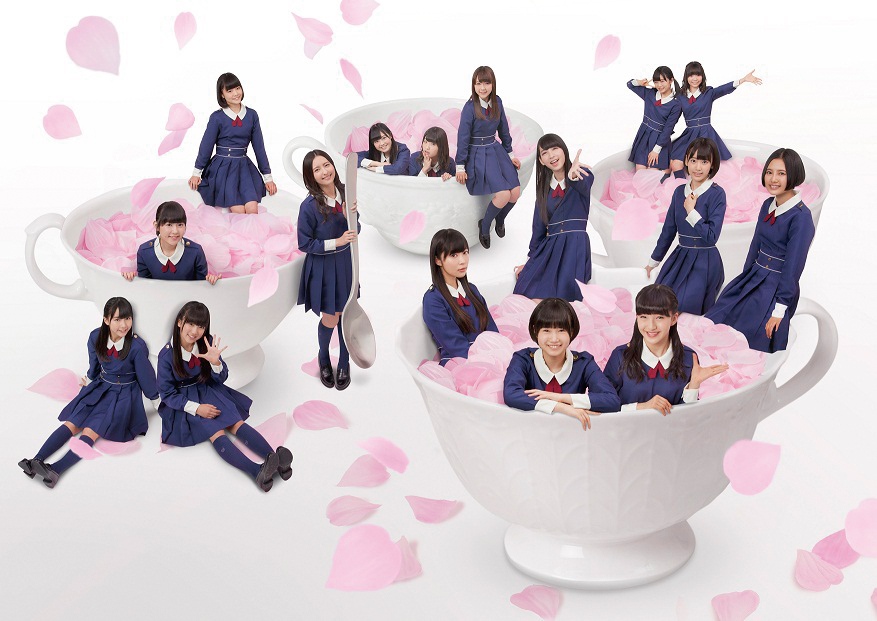 HKT48 (read “H.K.T. Fourty-eight) is an all-female Japanese theater/idol group produced by Yasushi Akimoto and one of the sister groups of AKB48. The name “HKT” comes from the Hakata ward of Fukuoka city in Fukuoka prefecture. However, HKT48 performs at the HKT48 Theater located in the Hawks Town Mall located in the nearby Chuo ward of Fukuoka.

HKT48 had a TV show called “HaKaTa Hyakkaten” that aired from October 7, 2012 until March 30, 2013 where members of AKB48 and other sister groups would visit, answer questions, and learn about the girls in HKT48. At the end of the show, the guest would pick an oshimen from the group who would be treated to a meal in Hakata where they could talk with the guest one-on-one. From January 25, 2013, a show called HKT48 no Odekake began airing and in that show, the members would go out to places in and Fukuoka in order to take on challenges and gain new fans.