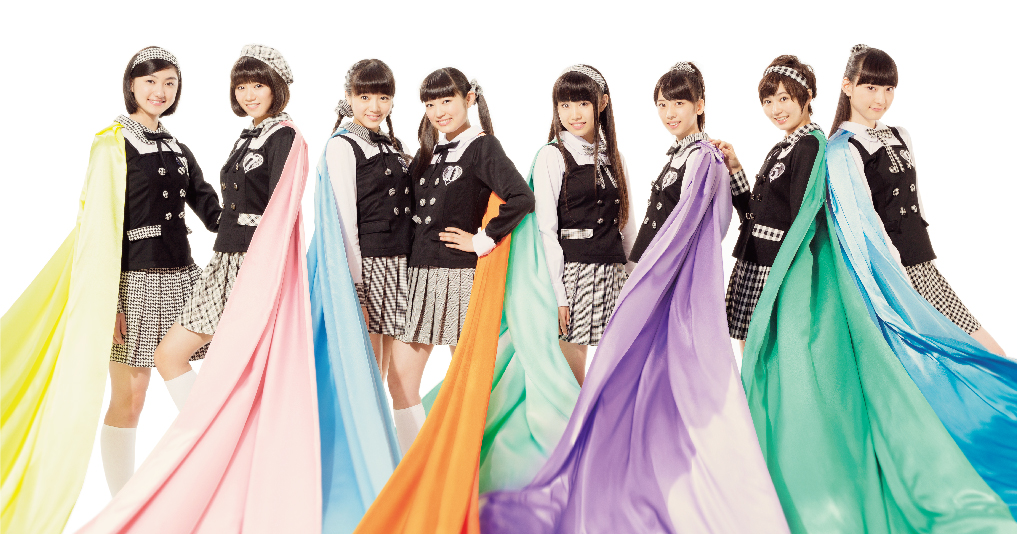 October of 2015 started off rather slowly and many of the early releases did not have MVs accompanying them but as the month progressed, the videos began to appear and it closed out strong. However, with the launch of YouTube RED and blackout in the United States of most channels that had previously been available internationally at the end of the month, the future of following J-pop from overseas became a bit hazy. Here are 8 of our favorite MVs for songs released in October of 2015 listed in chronological order according to their release date. We hope most of you are able to view them.

“Be My☆Zombie” is not just the opening theme song for the PS Vita game “Geki Jigen Tag Blanc + Neptune vs Zombie Gundan”, it might also be the cutest song about zombies ever? While it would have been great to see the zombie members biting the others or what kind of food they ate if they were civilized enough to not do so, it adds to the tension of the MV. It’s clear that the two factions have trouble co-existing so it feels like a feeding frenzy could have happened at any moment, even when they were hugging each other.

Picking just one MV from NMB48’s 13th single was not easy to do. There was the “Kuufuku de renai wo suru na”, the retro-styled “Good-bye, Guitar”, and the extraterrestrial school drama of “Kataomoi Yori mo Omoide wo…”. In the end, the lead track rose above the others because A) it was NMB48’s first time using such a small senbatsu, which allowed the dance skills of the members to stand out more and B) it was Sayaka Yamamoto’s return to the center position since the group’s 9th single. A short version of the regular MV is here.

Shiritsu Ebisu Chugaku, the King of Gakugeikai (school arts festival), become a team of super heroes who find each other as they make their way through town in one of their most powerful songs to date. If the capes represent their inescapable destiny, why is Rika Mayama the only one show has to put hers on instead of it being attached like the others? Despite that one incongruity, it’s an inspiring work sure to cheer up anyone who questioned why they were different and didn’t feel like they fit in.

Combining the 6 unique voices of Yurumerumo! with the hazy and dissonant sounds of British shoegaze along with the visuals from their first film “Onna no Ko yo Shitai to Odore” directed by Kayoko Asakura, the MV for “Ningen wa Sukoshi Fumajime” is an overwhelming assault on the senses. How many other MVs or films have a group of young women resurrecting a corpse, wielding firearms, and dancing on a rooftop? It’s the unpredictability and commitment to their unique worldview that keeps a group like Yurumerumo! in our monthly MV reviews whenever they have a new release.

Exploding onto the scene in June of 2015, the “self-produced New Age DJ vocal unit” of Rinahamu (aka Ichigo Rinahamu, ex-BiS, ex-Akishibu project) and DJ nicamoq (BURUMA CREW) already had their first international appearance at Moshi Moshi Nippon Festival in Singapore (September 5-6, 2015) shortly after releasing the MV for their debut song. Limited to 500 copies, which sold out in less than a day via online reservations on October 16th, there are no doubt a few fans wishing that they had made at least 1,590 copies or will be planning to release a non-limited production album soon.

This is not just because “BASYAUMA ROCK” which was released on the last day of September as one of the tracks on “Iijanaika”, was overlooked but, it did help us make sure that we didn’t make the same mistake again! Team Syachihoko do their best to revive para-para while urging the listener to forget about the small troubles in life. The dance has already become extremely popular with their fans so a live video of “J.A.N.A.I.C.A.” is definitely something to look forward to in the near future. Better yet, be one of the many Shachi-nofu (fans) dancing along with them at their next live!

Aside from the helicopters in the hangar and the clips of the Japanese wrestlers training, this is a pretty straightforward MV for ℃-ute, although the music is harder than usual. It starts off fairly subtle but after the spoken lines of Mai Hagiwara and Saki Nakajima and the guitar solo, things get kicked up a notch as the members concentrate the energy from their surroundings into their hands. Perhaps it would have been even more amazing if they ended up shooting an enemy or at least had the flames reappear when they raised their fists at the end but, all in all a MV worth seeing based on the choreography and set alone.

The younger sister unit of Nagoya’s DIANNA☆SWEET come into their own with the release of their first CD single “DESTROY”. While it is a lot simpler than the MV for their first digital single “TRAP”, the performance speaks for itself. The bar has definitely been raised when it comes to young dance and vocal units. Just being cute (even though they have that as well) is no longer enough!

With the end of October, the blast of Halloween-themed MVs and songs for the year also comes to an end but, that just means that the Christmas songs are on their way any day now! Since AKB48 released “Halloween Night” on August 26th and Kyary Pamyu Pamyu released “Crazy Party Night〜Pumpkin no Gyakushuu〜” on September 2nd, the closest thing to a Christmas song for 2015 so far is “Age Age☆Christmas” by 7☆3 which comes out on November 11th. As always, there were probably some MVs that might have been overlooked so let us know which ones you thought should have been included. While the issues surrounding the YouTube lockout of J-pop (and K-pop as well to an extent) of the largest media market in the world is still in the process of being revealed (and hopefully resolved swiftly), we look forward to being able to share all of the music available with you someday soon.