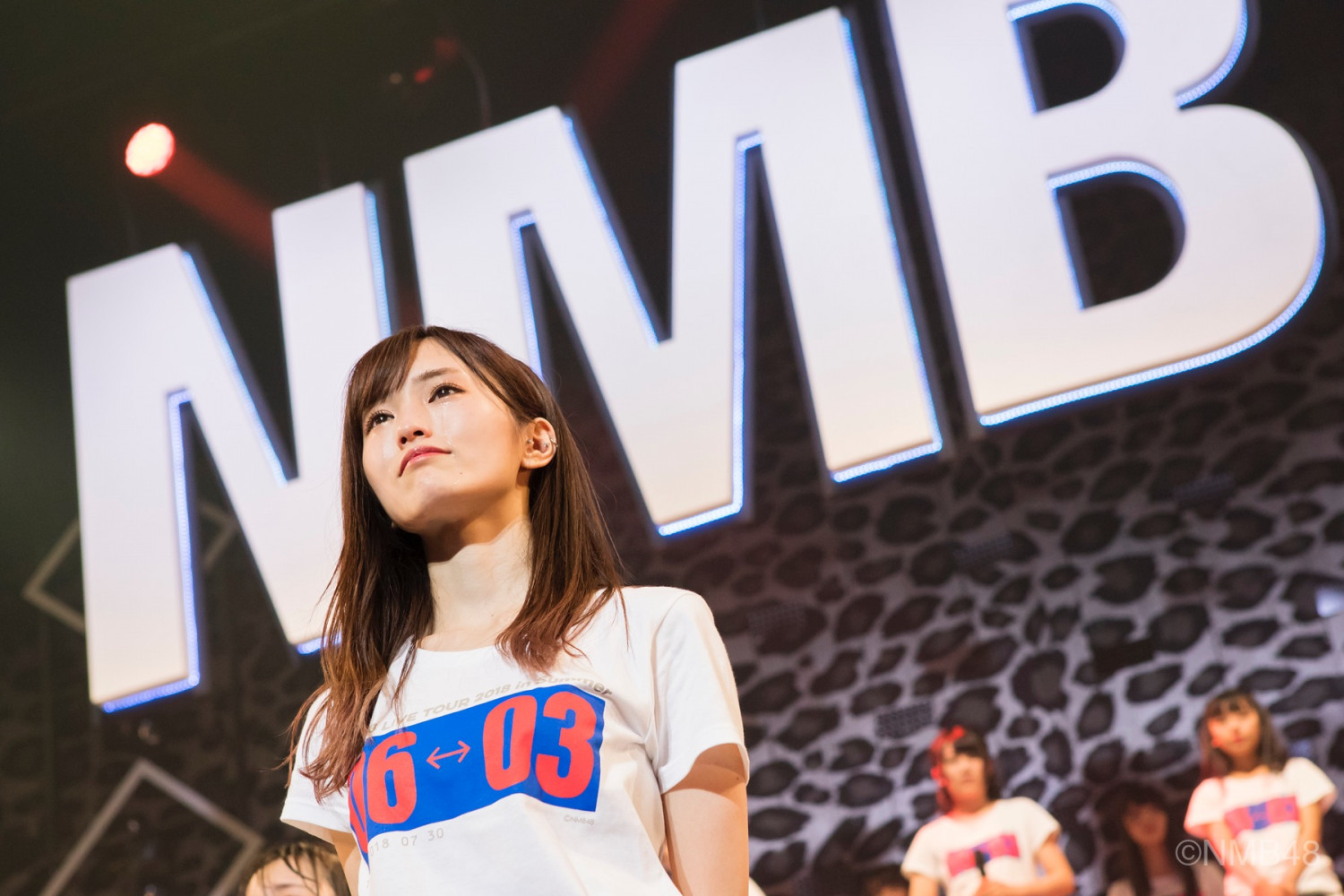 NMB48 opened their nationwide “NMB48 LIVE TOUR 2018 in Summer” on July 30, 2018 at Nakano Sunplaza in Tokyo, where Sayaka Yamamoto announced her graduation.

Right after the overture, the members emerged onto stage with the opening declaration: “Members, fans, let’s all come together and make this the best summer ever!” With that they kicked off the setlist with “Warota People”, before continuing with “Oh My God!”, “Kitagawa Kenji” and “Sasasa Saikoo!” alongside the feverish the crowd.

The middle of the setlist brought the unit corner to the stage, where Ayaka Yamamoto, Umeyama, Jonishi, Iwata and Yamada sang “Good Timing” for the first time. Sayaka Yamamoto and Yoshida also charmed the audience with a sweet rendition of “Avocado Janeshi…”.

The members fired up the fans in the audience, giving them a delightful surprise as they went up close to them in the seats. Sayaka Yamamoto later revealed that she had run to the fans without remembering to zip up her costume, earning laughs from the crowd.

In the later half of the live, they brought the sun to the venue as they sang summer-themed including “Ibiza Girl”, “Nagiichi” and “Bokura no Eureka”. With that, the curtain closed on the setlist.

The first encore song was “Niji no Tsukurikata”, and the 41 members not part of that day’s lineup appeared out of the audience and went up on stage. All 57 members sang “365 Nichi no Kamihikouki” together, before Sayaka Yamamoto took the mic to make an announcement before the last song.

She revealed: “I, Sayaka Yamomoto, will be graduating from NMB48.” 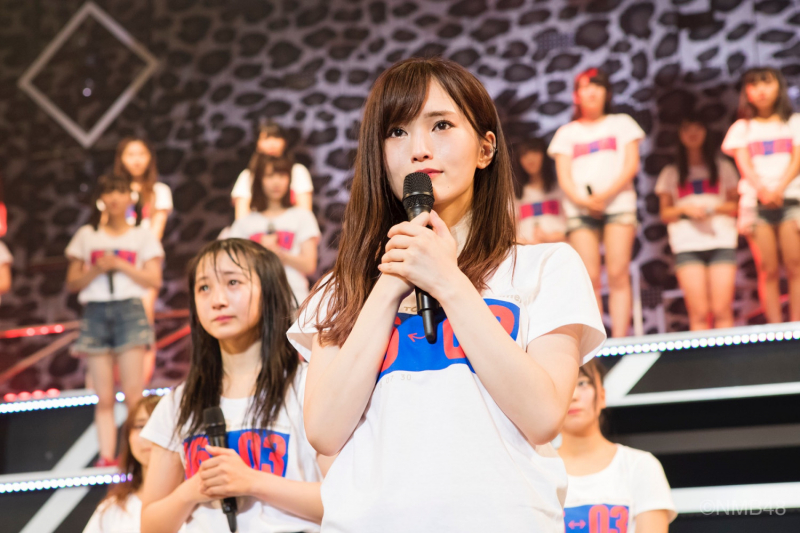 The sudden announcement stirred up the audience, as she continued. With tears, she earnestly conveyed her emotions:

“I’m sorry that I have to make such an announcement on the first day of the tour. This October NMB48 will turn 8 years old. Thanks to everyone, I was able to spend such a rich, precious time. Time flew by so quickly, and I experienced so much from happiness to fun to struggles to pain. In the meanwhile it took me many years to face the word ‘graduation’. I constantly thought about it and forgot about it, over and over again, thinking about what I could still do and wanting to continue fighting alongside everyone. I worked recklessly till today. 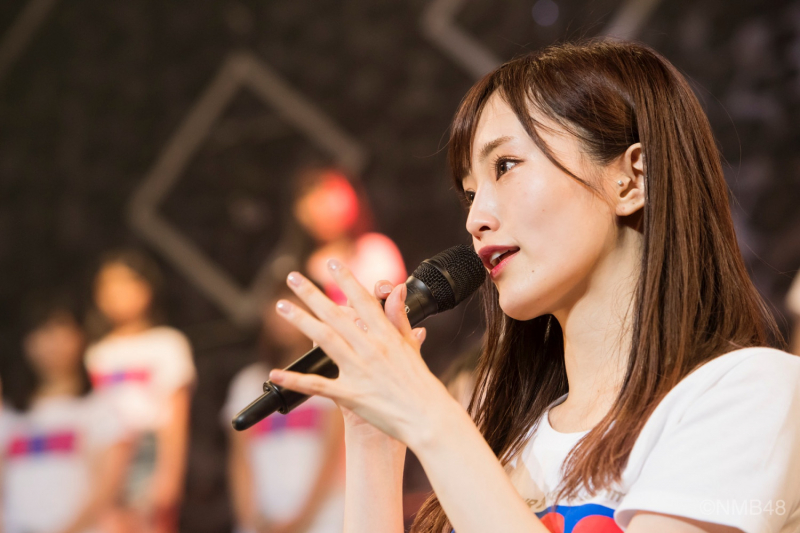 But in these past few years new members have come to take the center, and I’ve watched each one shining and doing their best without me there. More than thinking that it’s better for me not to be there, I realized that this is the crucial timing for me to leave NMB48 to let the group rocket higher. The members come and go, but that’s why I feel that this is the best time and the best lineup to start again. I hope the new members who joined us will continue to lead the group forward, and create a new NMB48 from now on.

Honestly I debated about this again and again before coming to this point, but I’m still inexperienced and weak so if I give into my loneliness and worries I figured that it would only get harder to resolve myself. I want to take on the challenges and live my life abundantly. That’s the resolution I made once I took the courage.”

“Although I may be graduating from being an idol in NMB48, I don’t believe that this is the end of my own dreams. My dream now is my ‘current life’; I want to learn more and more about music, so that I can continue to sing in front of everyone my whole life. Whatever happened up till today, I believe from the bottom of my heart that it’s because of the members who worked together with me, the staff and all of the fans who supported me that brought me this far. 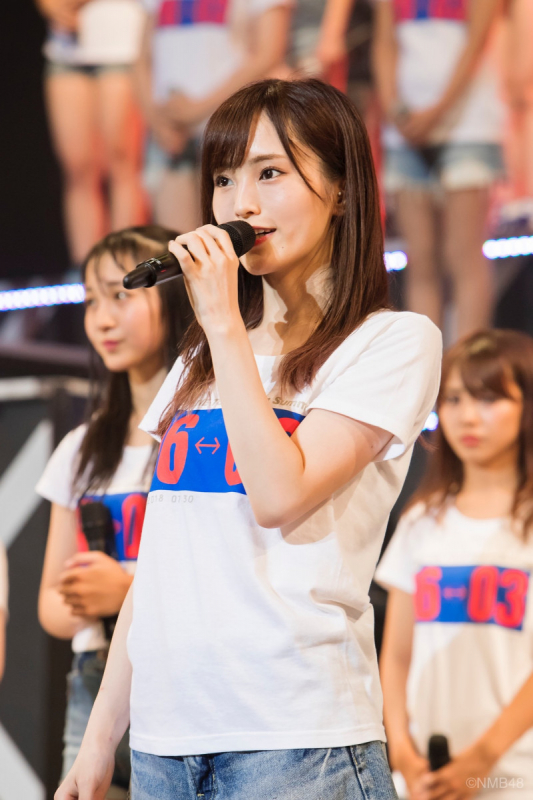 Upon the conclusion of her words, the audience erupted with applause and endless “Sayaka” calls. Despite being teary with emotion, Sayaka Yamamoto showed relief at being able to deliver her graduation announcement in front of the NMB48 members. The last encore song was “Seishun no Lap Time” as all 57 members, and the curtain closed for the final time with Sayaka Yamamoto’s smile.

“I turned 25, but my life is just beginning,” Yamamoto had said. “I’ll make my life as well as NMB48’s even better than before.” Her words lingered in the venue long after she left the stage. 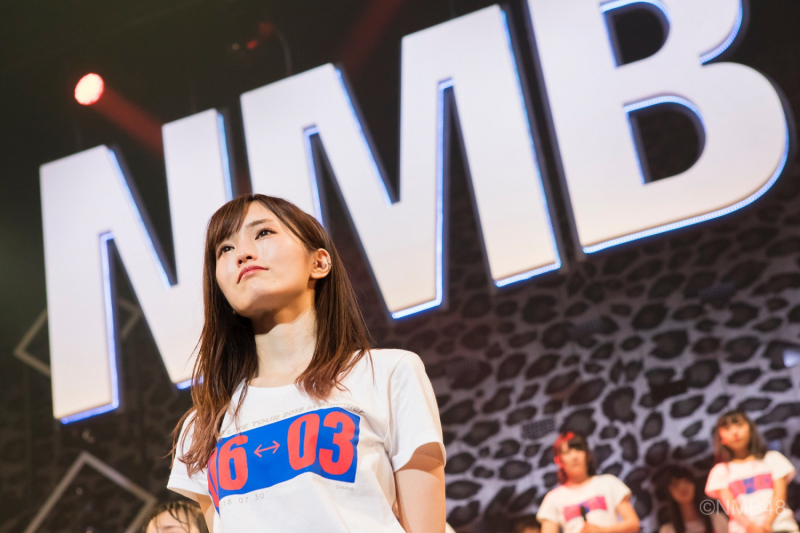 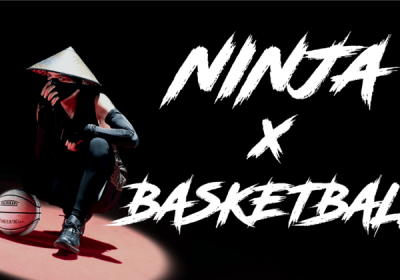