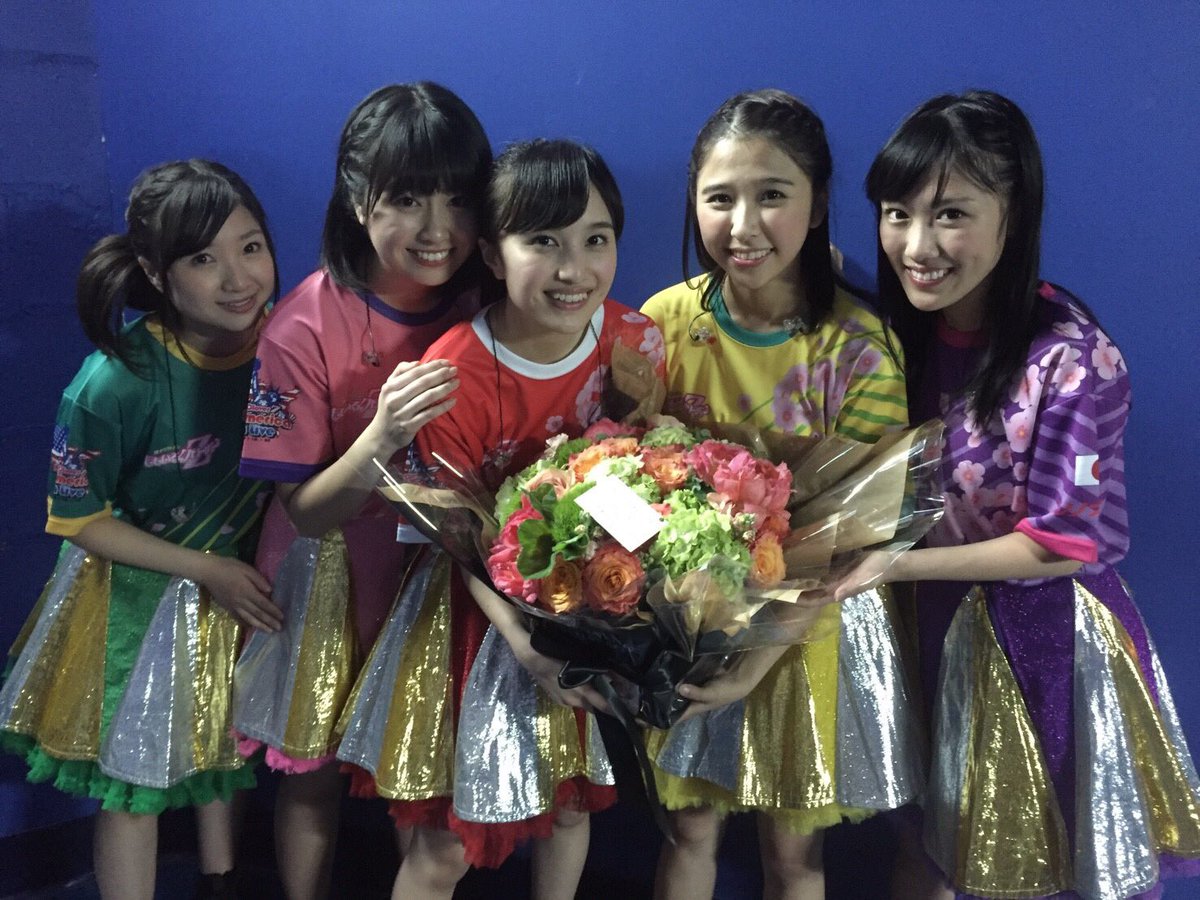 IMPORTANT NOTICE before reading
Mr. Kawakami, the chief manager of Momoiro Clover Z officially announced the establishment of fan club for international fans and his intention of having overseas concerts next year! Wait for the further information! 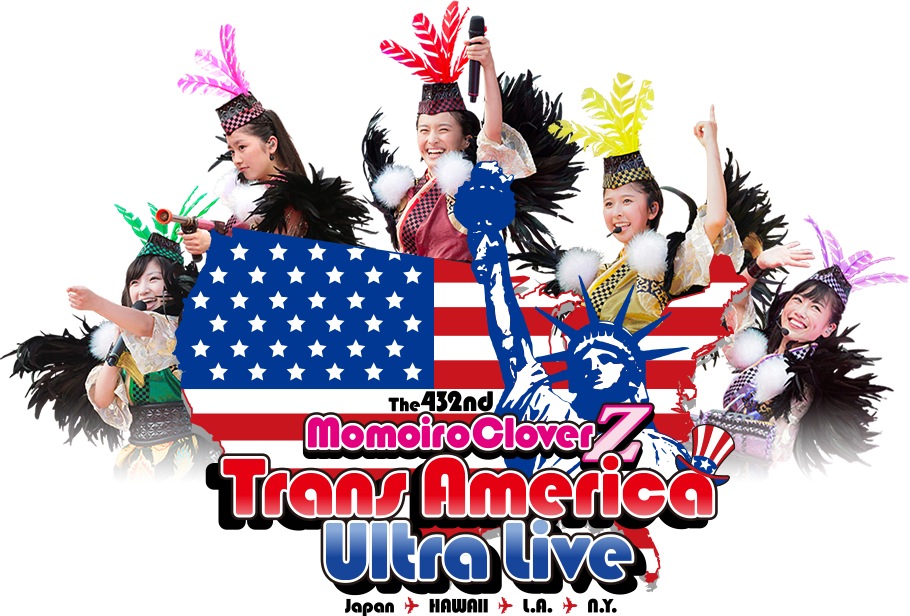 They had live performance at Los Angeles as a main guest of Anime Expo in 2015, but for this time they hold three one-man concerts in one week. Each concert has each appeal, but I will write the report of the final one at New York!

1. Expression of four seasons: allurement of Japan
As A-rin, the youngest member of the group, says in various interviews, she was involved in many part of staging, including the concept development of the concert, making setlist, and so on. She set the live concept as “Four seasons”, which is one of Japan’s fascination. Japan has four seasons, and each season has a very different climates. The main part of the live was composed of 4 parts, illustrating each Japan’s season.

The live started with Japanese classic “Sakura Sakura”, the song about cherry blossom. Along with the ethnic music, two women in kimono appeared, dancing with branch of cherry blossom. Soon, the 5 girls in kimono with branch of Sakura in their hand also came into the stage. Most of foreign fans saw the members for the first time and the calls of their favorite member’s name were so delighted.

Changing their costume quickly, they started their live performance with “Yume no Ukiyo ni Saitemina”, which is very famous as the collaboration with KISS. After that, Sailor Moon Crystal’s “MOON PRIDE” and “Maholo Vacation” were followed. They perform the most upper tunes in the spring section. 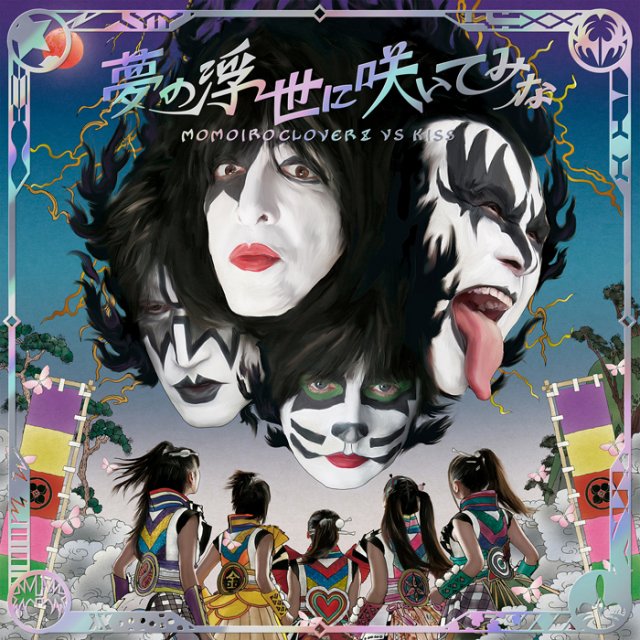 Short rainy season called “Tsuyu” comes after spring in Japan. 2 Japanese dancers brought 5 blue umbrellas along with a nostalgic music again. Kanako appeared alone, and she started to sing her solo introduction part of “Kimi no Ato”. Other 4 members came into the stage after the leader’s solo, and using 5 umbrellas they sang the sad ballad. After the short rainy season, hot summer comes; “Koko Natsu” broke the audience’s atmosphere, and “Wani to Shampoo” continued. The audience got suddenly heated up with the exciting dance performance.

Fall is very unique season in Japan. The transitional season from summer to winter is very short, but beautiful nature appears in this harvest season. Japanese drum performer Issai appeared with 2 autumn colored women, and drum performance was shown. Members appeared in changed costume with drum sticks, and Reni made short drum performance collaboration with the professional drummer. As we predicted, next is her party piece “Momoiro Daiko Dodonga Bushi”. But this time another surprise; all the 5 members made drum performance in the bridge part!  The members made good collaboration with professional support members such as drum performers or dancers, not just a simple support act only by supporters. Another autumn song “Golden History” was also sung at the end of this part. Fall part was “harvest”, and the members urged the audience to jump with them in the main part.

The avatars of ice in white kimono appeared again, and expressed arrival of freezing winter by swirling performance. After performing “Sora no Curtain”,  an exciting tune for winter “Santa-san” followed. The last tune of the main part was “Ano Sora e Mukatte”. This is their first song which was made before they debut as an idol group, and has been performed only at important concerts. Lyrics is about their dream and future written by the members. To deliver the message of the song for foreign fans English translation was made, and the members sing the song in English. It was completely their first challenge. The call “Sekai no Momoclo No.1!” by foreign and Japanese fans could have said the peak of the concert.

Soon after the ending of the main part, audience calls for the encore.  The members appeared again with “OVERTURE” and the first song of the encore was Dragon Ball’s “CHA-LA HEAD CHA-LA”. They performed a special track for the New York Concert “My Dear Fellow” which is originally produced for Masahiro Tanaka, Japanese professional baseball pitcher for New York Yankees now. Momoclo’s masterpiece “Ikuze! Kaitou Shoujo” added fuel to the fired auditorium. The final track is “Nippon Egao Hyakkei”, a famous anime track singing the power of Smile. The ideal track for closing!

However, the calling for another encore didn’t stop. Finally after long calling the members appeared again, and Kanako, the leader talked “We go our road without breaking pace so that we can come back again here next year. With the wish in our mind, this is the really final track.” The piano-introduction of “Hashire!” started and the venue was filled with smile as the lyrics. The feeling both overseas and Japanese fans have were common, and it led a call of “Please Come Back!!!” after the final song. Reni responded by lifting her little finger, showing the sign of “Promise”.

2. Another concept of the concert: Anime Songs
I recognize that one of the reason Momoclo is famous in the world is their Anime Songs. The group sings a lot of anime songs such as Dragon Ball, Sailor Moon and Pokemon. They performed most of their anime repertoire: “MOON PRIDE”, “Moon Light Densetsu”, “Pledge of Z”, “CHA-LA HEAD CHA-LA”, and “Nippon Egao Hyakkei”. Furthermore, in order to present the original atmosphere of the anime tunes, they stuck to the performance in the original costume of each track as possible. It caused frequent costume changes were don during the live, but as I mentioned in the above, other professional performers supported the intermission.

Achieving two concepts “Expression of Japanese 4 seasons” and “Anime Songs” must have been pretty difficult, but it seemed it was in a fine balance.

3: The message of Momoclo: Smile is the universal language
Before the door opens, we saw a lot of mononofu both from Japan and other countries were communicating each other by trading some original handmade goods, taking pictures, and collecting messages for the members. After the concert, they went out for drinks together, and exchanged impressions of the concert.

They both believed the message Momoclo presents beyond the concept of the concert: the power of smile. The leader Kanako presented at their dreamed Kokuritsu concert in 2014 “We Momoiro Clover Z don’t aim the top of idol groups nor the top of the entertainment scene. We want to be the top idol group which makes everyone smile. This is what we pursue to get.” All the 3 tracks closing the main part, encore part and the double encore, “Ano Sora he Mukatte”, “Nippon Egao Hyakkei” and “Hashire!”, have that message in common. This first America tour proved the power of message momoclo has: Smile is the universal language. 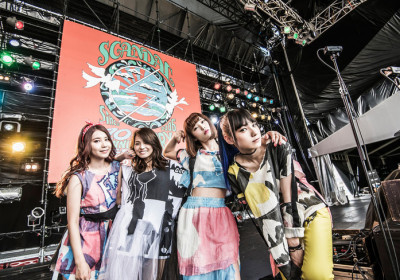