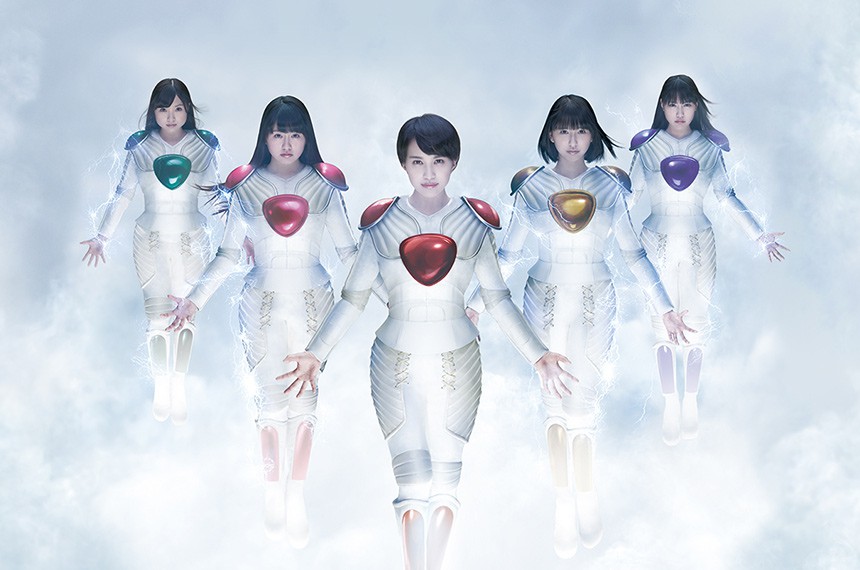 “Momoiro Clover Z” is a five-member Japanese idol group.
They have achieved the number one position on the Japanese music scene, providing highly acclaimed music across several genres with their overwhelming “live” performance.
To date, the group has released 11 single hits and two albums, winning one platinum disk award, one platinum delivery award, seven golden disk awards, and seven golden delivery awards. They have also appeared on the “Kouhaku Utagassen”, which is the most authoritative music television program in Japan, for two years in a row since 2012.

The group boasts to be one of the best audience mobilization forces in Japan. They have held a “Solo concert” performance at the National Stadium*. Such solo concerts have been held by only six single-artist groups. They brought in a total of 150,000 people at the stadium and at live viewing venues. They became the fastest female group ever, which achieved such a historical record only in six years.
*The National Stadium will be the main stadium for the 2020 Tokyo Olympics.

Not to be overlooked, the group has also collaborated with overseas creators.
It has participated in the productions of tunes with Ian Parton (THE GO! TEAM), OK Go, Martin “Marty” Adam Friedman (formerly Megadeth), Yngwie Malmsteen, and Noisia, etc. The group also debuted on stage with Carly Rae Jepsen (MTV VMAJ 2013), and performed at “Ozzfest Japan” in 2013.

In addition, Ichiro Mizuki, also known as “Emperor of Anime Songs” for “Mazinger Z”, participated in the production of their 4th single “Z Densetsu ~Owarinaki Kakumei~”. Fumihiko Tachiki, known as “Ikari Gendo” in the anime “Neon Genesis Evangelion”, was involved in the production of that song as well. Tachiki later served as the opening narrator in “their solo concert”. They have close relationships with anime productions and engaged in popular TV anime theme songs in “Pocket Monster Best Wishes”, “Bodacious Space Pirates”, “Joshiraku”, “Yosuganosora”, “Dragon Crisis!”, etc. It was announced at “JAPAN EXPO 2012” that Momoiro Clover Z engaged in the theme song for the anime “Sailor Moon Crystal”.

Their latest single “Naitemo-iindayo” won No. 1 position at weekly Oricon CD single chart for the first time. The song “My Dear Fellow”（included in that single）was also chosen as the theme song of Masahiro Tanaka, the player of the New York Yankees baseball team, when he appeared on the field.