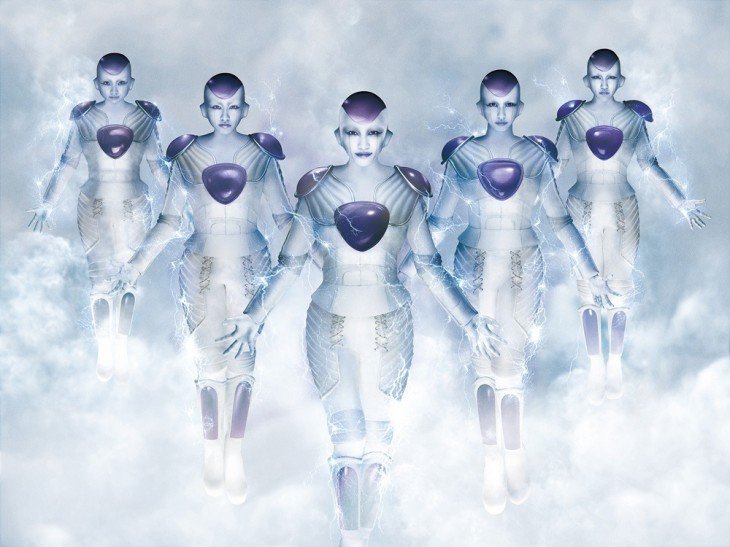 AM 00:00 April 1st (JST), the website design of  Momoiro Clover Z, was suddenly rewritten!  A lot of Freeza, a popular character from one of the most famous Japanese Manga “Dragon Ball Z”, appeared on the front visual, and other visuals such as banners are also hacked by Freeza!!

This surprising renewal was designed according to the release of their new single “Z no Chikai” on 29th April 2015 (and maybe because it is April Fools’ Day). On 18th April 2015 the new Dragon Ball Movie featuring on Freeza “Dragon Ball Z Fukkatsu no F” is released, and the title track of the new single will be the theme song for the movie.

They will release two version of the single: Z version and F version. Both packs the title track and “Romantic Kongaragatteru” (meaning “Romantic is entangled”.), an homage of the closing theme of anime at that time “Romantic Ageruyo” (“I will give you a romantic”). A Blu-ray Disk is appended with F version, and it is also announced that the Z version packs the cover of the famous theme song of Dragon Ball Z “CHA-LA HEAD-CHA-LA”.

The website includes a lot of gimmicks, so check the website in detail! (A hint try update sometimes, and you notice…)

About the Manga “Dragon Ball”:
It is one of the most famous Japanese Manga series written and illustrated by Akira Toriyama. The story unfolds around 7 Dragon Balls created by God, focusing on Goku, a monkey-tailed boy. He meets a lot of people through the story, and makes battles together with his friends to save the earth from various enemies, using the power of Dragon Ball.