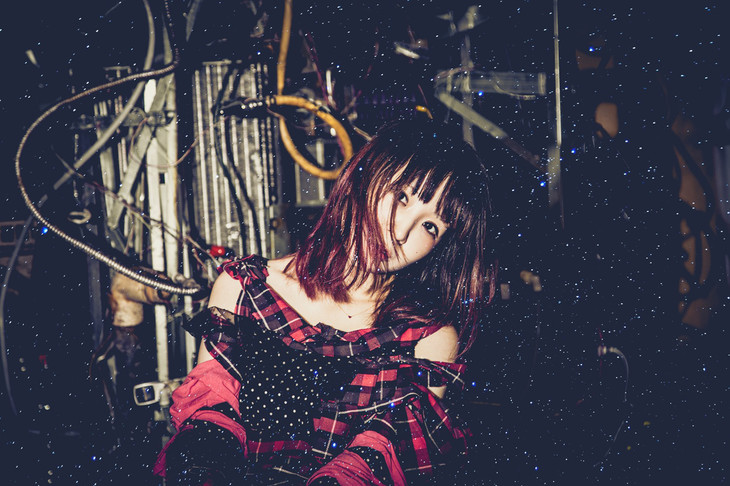 There’s always the iconic, singing diva who represents our time. For example, in the 1980’s, there was iconic idol and singers like Seiko Matsuda, Akina Nakamori, and Kyoko Koizumi, have achieved to be the standard idol singers of generation, and has also created the trends and standards for the young Japanese females as well. 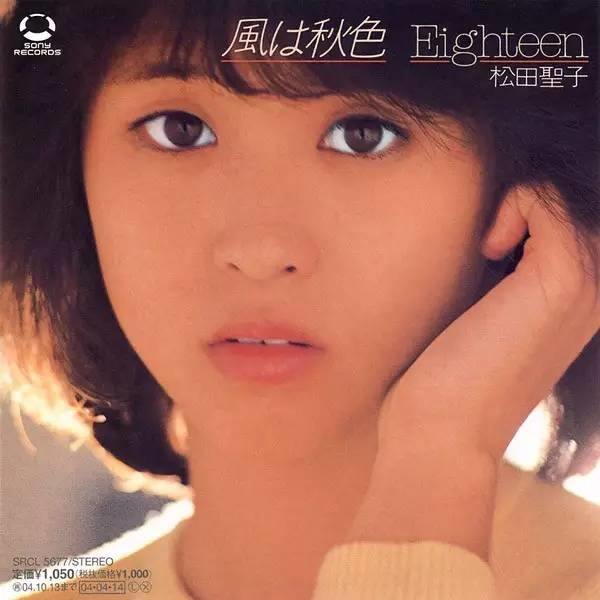 The 1990s was said to be the “ice age of idols” but there were the rising of female artists and singer-songwriters who represented to sing out the hearts of the young Japanese females of those times. During the early 90s, female singers like Nanase Aikawa, ZARD, Maki Oguro, and LINDBERG were popular with the mixture of idol-like cuteness with the powerful voice, that resonated the complex female emotions. 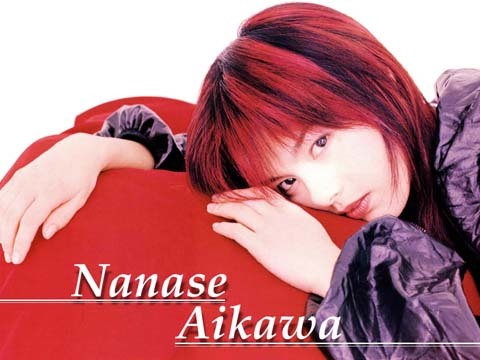 Then, from the mid to late 90s, there were also the uprising wave of female J-Pop singers like Namie Amuro, Ayumi Hamasaki, Hikaru Utada, Ringo Shiina, and aiko, being represented as “singing diva” with not only creating their own music, but also having the creative performance through their activity of being an “artist.” These singing divas are also still being very active now, by Namie Amuro being successful with a constant fan base and the comeback of Hikaru Utada has dominated the music news this year. 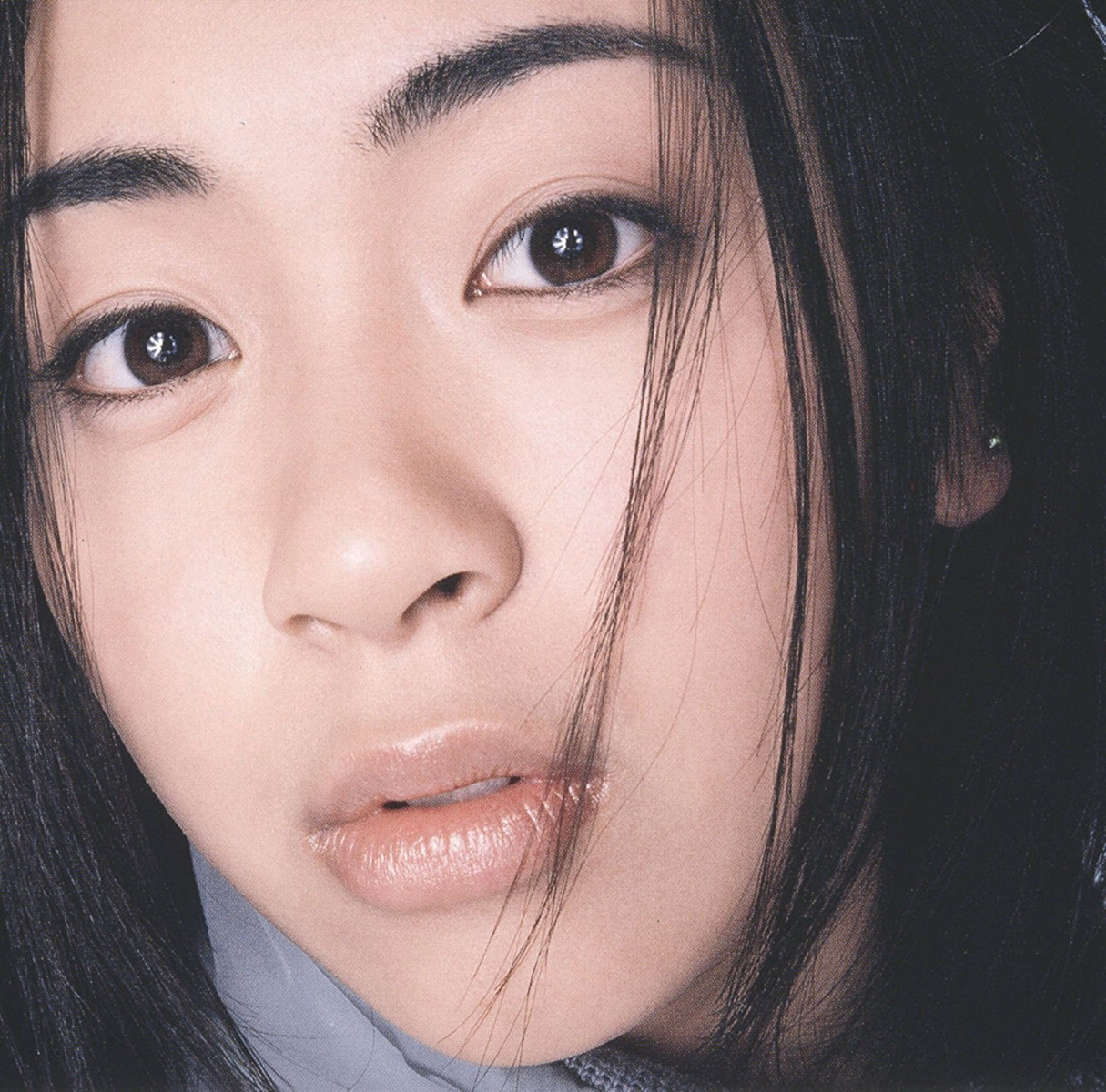 Then, who do we have now? Because of the Internet and the diversity of online audio distribution platforms, we can now search for our own favorite through what we would really like. Currently, there are more variety of sounds and various performances that represents the artists and singers themselves. The current generation of unique female singers are grasping the accomplishments of the past female singers, as well as creating the new standards in the 2010s through their uniqueness. And here are some of the achieving female artists and musicians who are successful, both with their popularity and as being the high hope for the future of Japanese music scene. 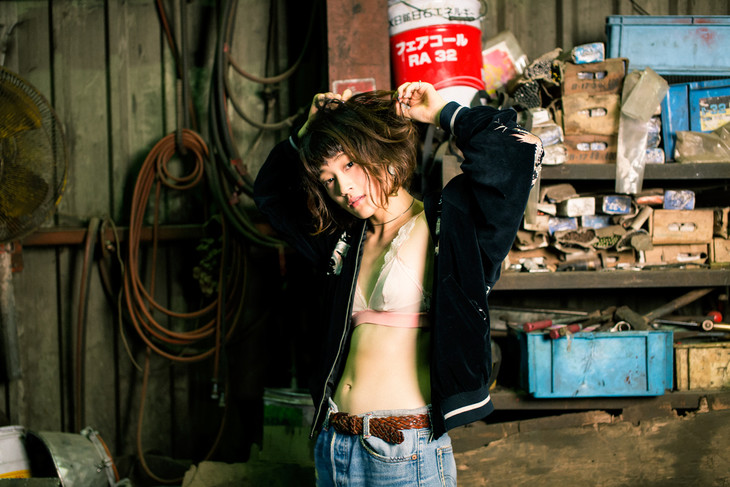 It has become the huge phenomenon, regarding whether you like it or not. Many of the music critics have discussed about Wednesday Campanella (Suiyobi No Kanpanera), to describe what their music is. Although the official genre for their music is set to be “Hip-hop,” but some of the critics would describe their songs as like pun or a tongue twister that may or may not make sense. Comai, the main performer of the trio, became an icon for this “funky” and “weird” music.

She has spotlighted with the television commercial for Yahoo! Auction, and became viral on social medias of the beautiful and mysterious female, singing or rapping with the high-pitched voice, makes it stuck in your head.

Because of that, she has been on music shows such as Music Station surprising many of the audiences at the studio and the TV viewers for her mysterious, and mindblowing performance. Now, many of the people gather to their live concert to see Comai’s distinctive stage performance. Her mind is unprecedented, and can’t be decoded, which drives many people in to her. 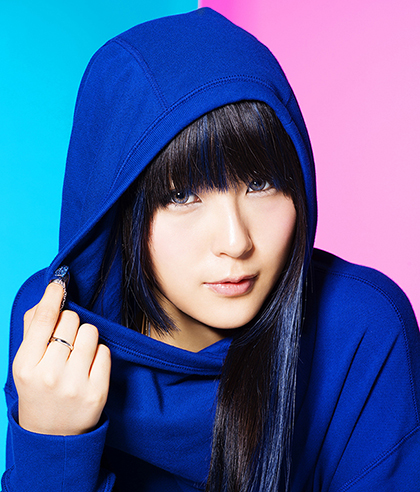 DAOKO, the upcoming rapper and singer of the “whisper voice,” who also collides with the 2-dimensional world. DAOKO has self-debuted at age 14 through Nico Nico Douga, and started her career with the indie label of “LOW HIGH WHO? Production,” and later became the masked artist since her highschool was very strict with the rules of outside work.

Her talent was discovered by many of the big names like ☆Taku Takahashi (from m-flo), and Tetsuya Nakajima (movie director), but one of the biggest achievement that her name was spread was “Me! Me! Me!” the collaboration track with the trackmaker and DJ, Teddyloid, and the music video produced by Studio Color. Because of the controversial content, the video went viral through the world, decoding the content and the lyrics to the music. Later, DAOKO has also released the song, “Girl,” in response to “Me! Me! Me!”

Her voice is described as the “whisper,” but it’s magnetic. DAOKO not only has the “kawaii” aspects as young Japanese female, but there’s something of inherent sensualness about her that attracts many of the people.

And her poetic rap also drives the listeners in to her world with the mesmerizing visuals of Tokyo. It is as if, DAOKO is the new scenery of Tokyo.

Calling her sounds as “Fury (Gekijou),” she would be one of the most iconic female singer-songwriter we have now. Her music inspirations were from the past iconic singers who she loved to listen, including Ayumi Hamasaki and Ringo Shiina. And she is well-known as being the Morning Musume otaku, especially to Sayumi Michishige. Some of her songs are inspired by these “back-in-the-day” J-pop songs that has inspired her to be the singer-song writer she is now.

Seiko Oomori performs at many of the summer music festivals, shocking the audiences with her wild performances. One of the controversial performance at the music festival was the incident when she has kissed a male fan on stage. This incident has spread not only throughout the fans, but also to the music fans, as being the female singer performing crazy at the festival.

Her voice, words and guitar sounds resonates to many male and female audiences, that being passionate, emotional, and hysteric is somehow acceptable. Because of her straightforward presence, there are also many fans of Seiko Oomori from the music scenes as well. Many musicians, bands, and idol groups also collaborate with her and challenges the music scene to the limit. 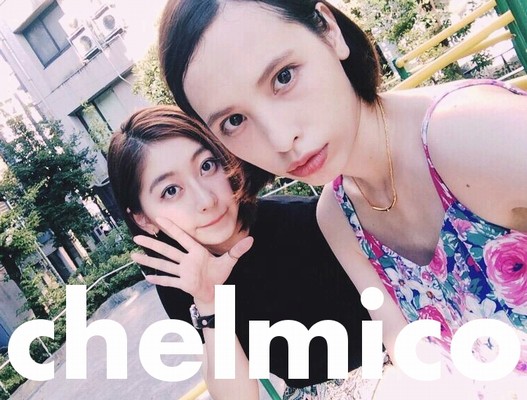 As the popularity of Wednesday Campanella and DAOKO has risen, there have been many of the eyes on the female rappers in the underground music scene. One of the upcoming, young Rap duo in Tokyo is chelmico, a duo by MC Rachel and MC Mamiko.

MC Rachel and MC Mamiko are both from Miss iD2014, and debuted as a rap duo in October 2014 at “Shibukaru Matsuri (シブカル祭)” held at Shibuya Parco. They not only hang out as friends, but also inspire each other with their music talent, and currently, they perform mainly in different areas of Tokyo.

Their main activity relates with the collaborations with the popular internet labels in Tokyo such as Maltine Records and TREKKIE TRAX. Their performances mainly holds at the club scenes but also with the cultural scenes in creating the new cultural standards of Shibuya. The urban pop tracks with their smooth rap is creating the new female rap scenes. 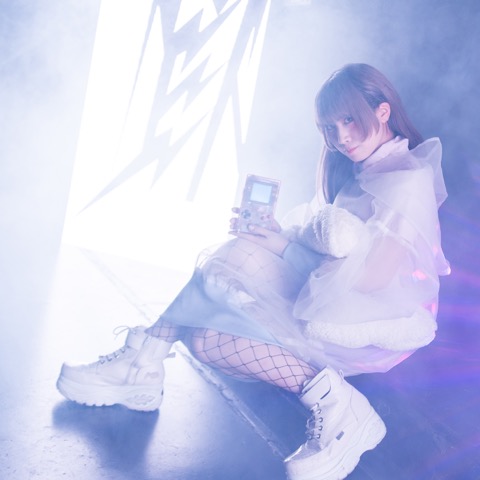 TORIENA is the underground, the retro chip-tune trackmaker and the forerunner for the gaming music. And at TGU, we also have the exclusive interview with her and legendary Hirokazu Tanaka aka Chip Tanaka.
“ENTER BIT” Special Interview: Chiptune Nostalgia ~Chip Tanaka x TORIENA~: https://tokyogirlsupdate.com/enter-bit-interview-20160381961.html

TORIENA’s creative inspiration mainly comes from the nostalgic 8-bit sounds from Gameboy games, but also her talented artistic and fashion taste creates to the new chemical reaction of the “kawaii” culture.

TORIENA, mainly performs at club events in Tokyo, but also travels across the country for many events, including gaming conventions or anime song events. She also has achieved to perform internationally as well, such as at Square Sounds Melbourne 2015 (Australia), and Lucca Comics & Game 2015 (Italy). Her performance itself is also uniquely different from the quintessential DJ style, that she also brings her Gameboy as the main instrument and plays it wildly. She not only creates new music, but also creates the new style of performance, by unexpecting innovations in musical performances.

TORIENA is also one of the cofounder of the label, MADMILKY RECORDS, and all of her track is produced by herself as well as all of her artwork. She surely is the independent, young Japanese female artist of our time. 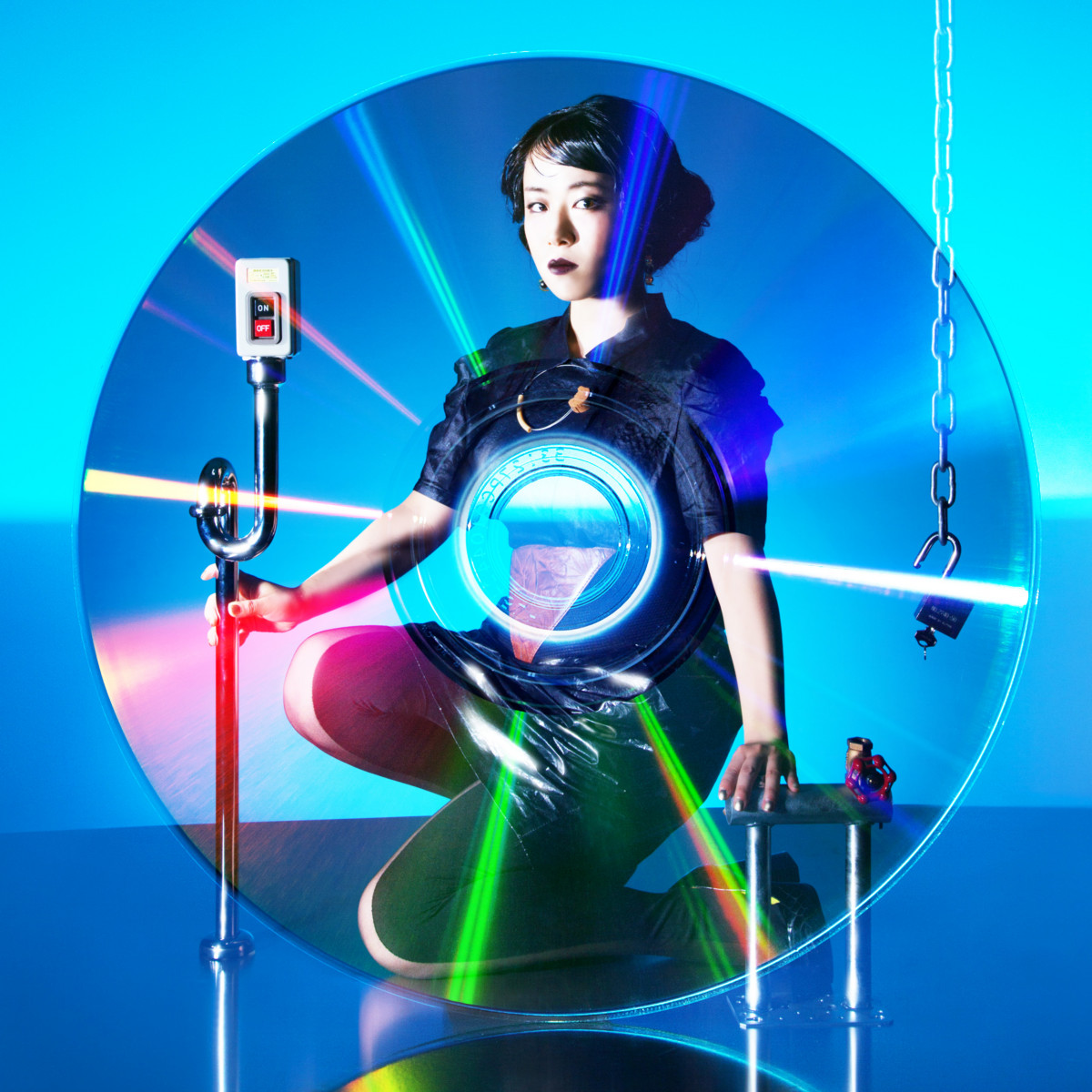 As many of the readers at TGU would know her as ex-BiS member, she has created her ground as an independent, or freelance female artist that cross over genres. Tentenko is now the “No strings attached” ex-idol who challenges herself by liberating herself.

Tentenko was always the surprising character out of former BiS, also being energetic despite her size-wise. And currently, she is active as DJ, fashion designer, and creator. She has begun her DJing career while being the member of BiS, and established her DJ career by appearing at different club events and music festivals as well. Her merchandise T-shirts are also designed by her, having the cute and edgy taste. Tentenko started her musical career with her aspiration of wanting to be the “idol,” and after that achievement through being the active member of BiS, she has now became free as a female creator crossing different creative genres.

I have picked up female artists across the genre, creating different music in their own ways. Who knows, we might see them collaborate sometime soon. The musical genres for these women matter no more, because they are the ones who are challenging the limit to the creative innovation in Japan. And thanks to the internet, we are now able to access to their artistic and musical creations, and we are the ones to explore these talented diamonds. What was once thought to be “weird,” might be the new standard for tomorrow, and don’t miss it. 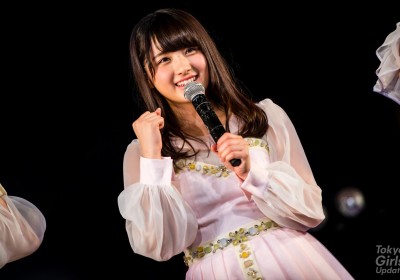 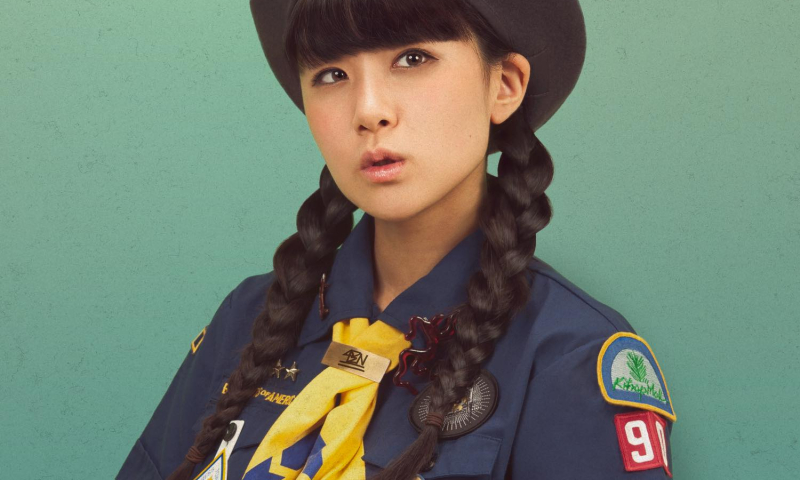 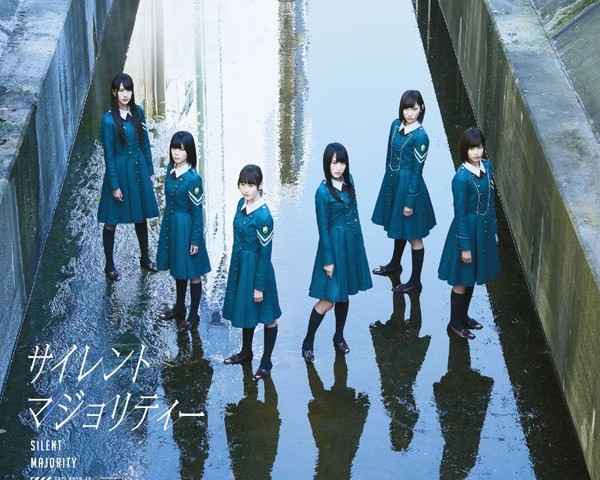 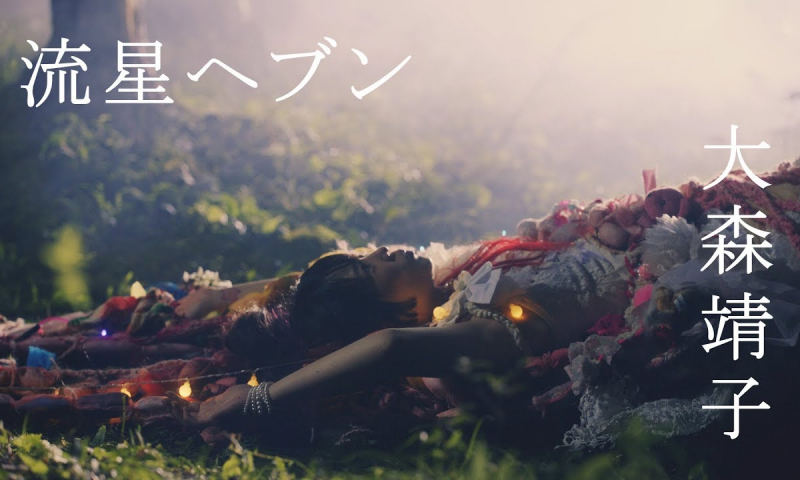 There Can Only Be One: Seiko Oomori Unveils Fantastic MVs for “Ryusei Heaven”