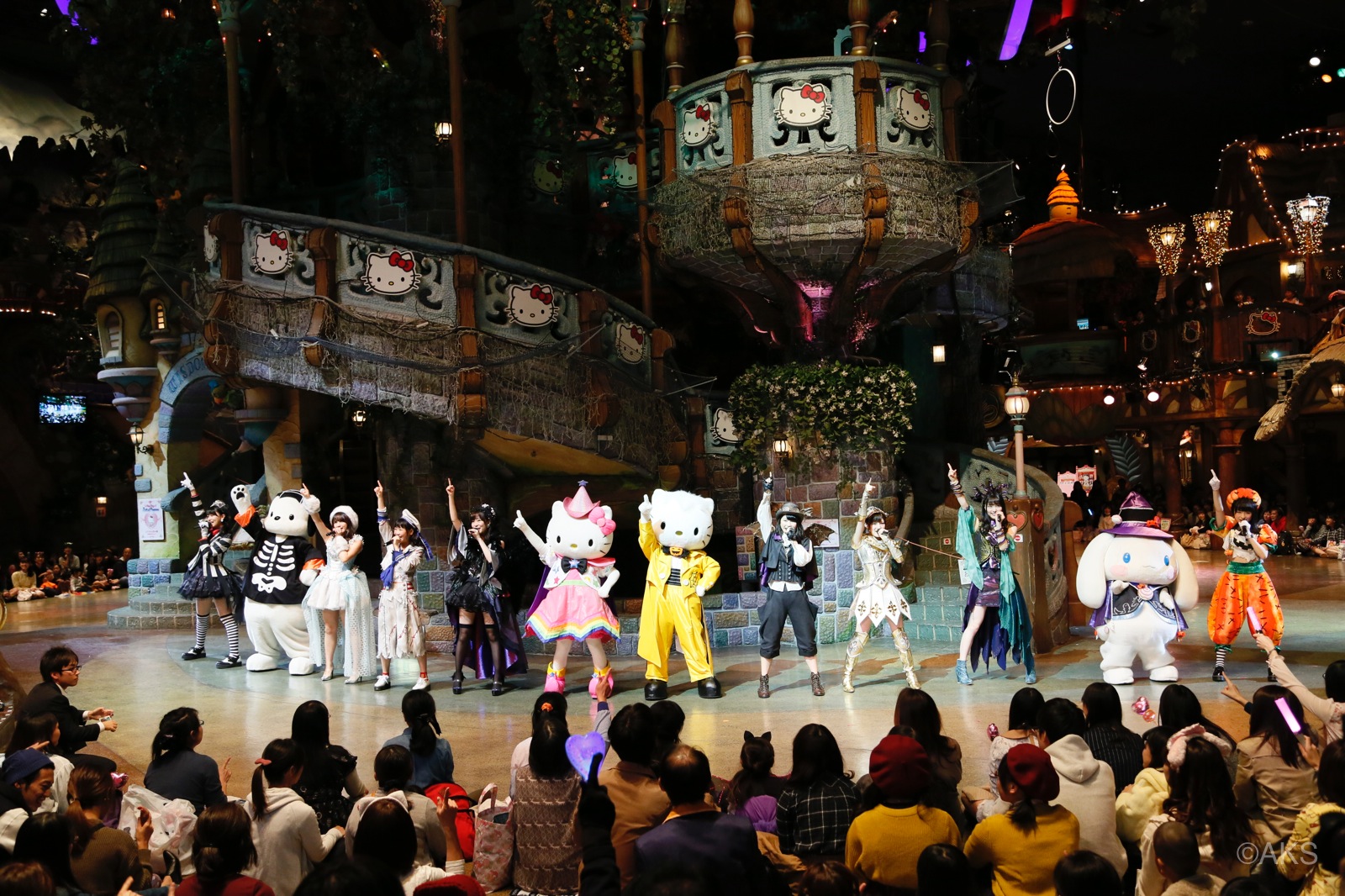 The theme of the day was “AKB48 in Puro Halloween”, so members took the stage in full costume, alongside popular Sanrio characters Hello Kitty, Dear Daniel, Cinnamoroll, and Pochacco. 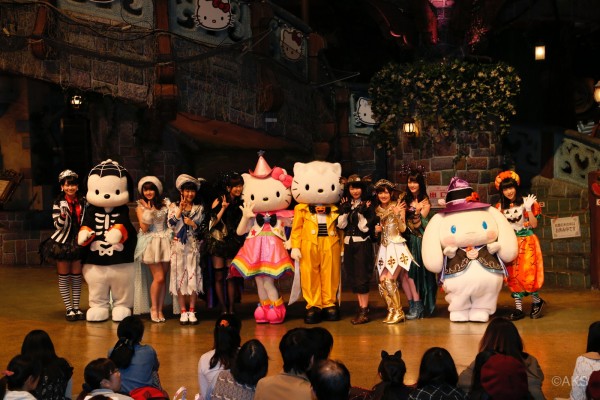 The members first taught everyone the dance of “Halloween Night”, created by famous choreographer Papaya Suzuki, and then performed the song around the Tree of Wisdom, located in the middle of Puro Village. All the guests danced together with members and characters, and enjoyed the daytime Halloween Party. Chanrio-Maker also sold AKB48-themed goods to commemorate the group’s 10th Anniversary. 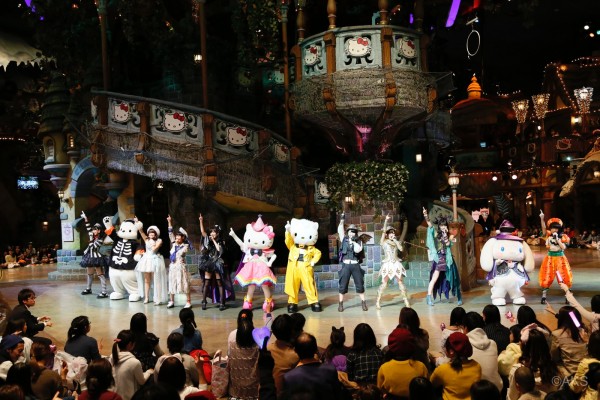 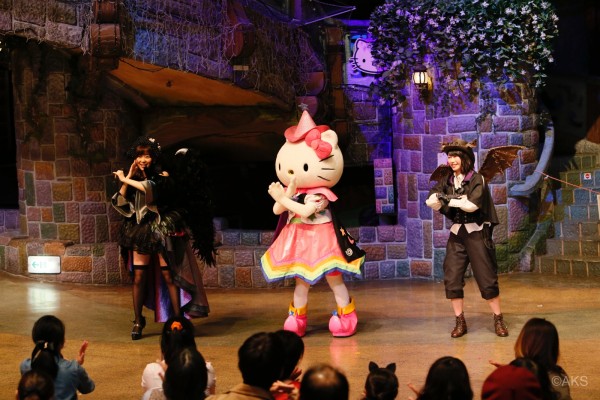 In addition to the photos, the video has uploaded on AKB48 official YouTube channel! 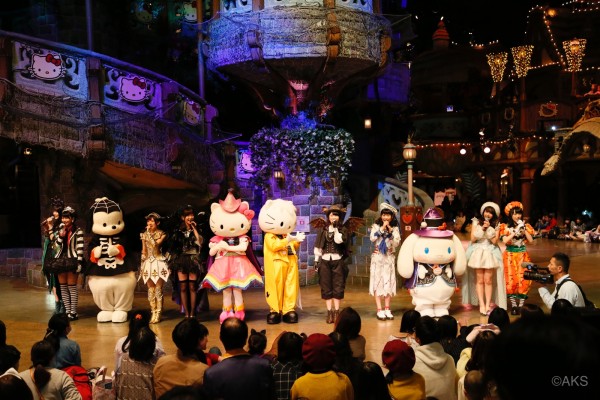 Comments from Rino Sashihara:
It was so much fun, I thought I was in heaven. But it was over before we knew it. The Sanrio characters danced really well, they probably practiced a lot for today’s performance. The children and their parents also did great.
Thank you for such a great event, it was awesome. 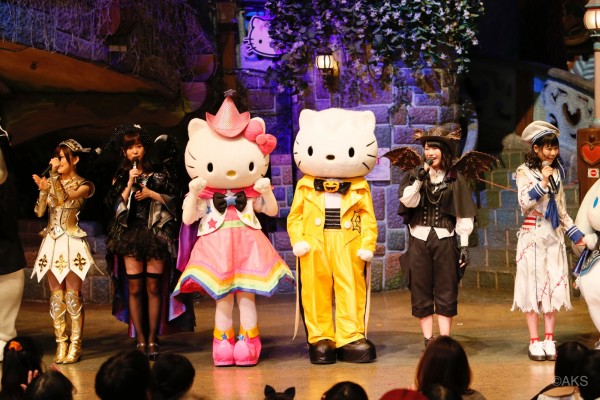