The Sweet Sixteen of the AKB48 Groups Express Their Gratitude at Kanshasai 2017! 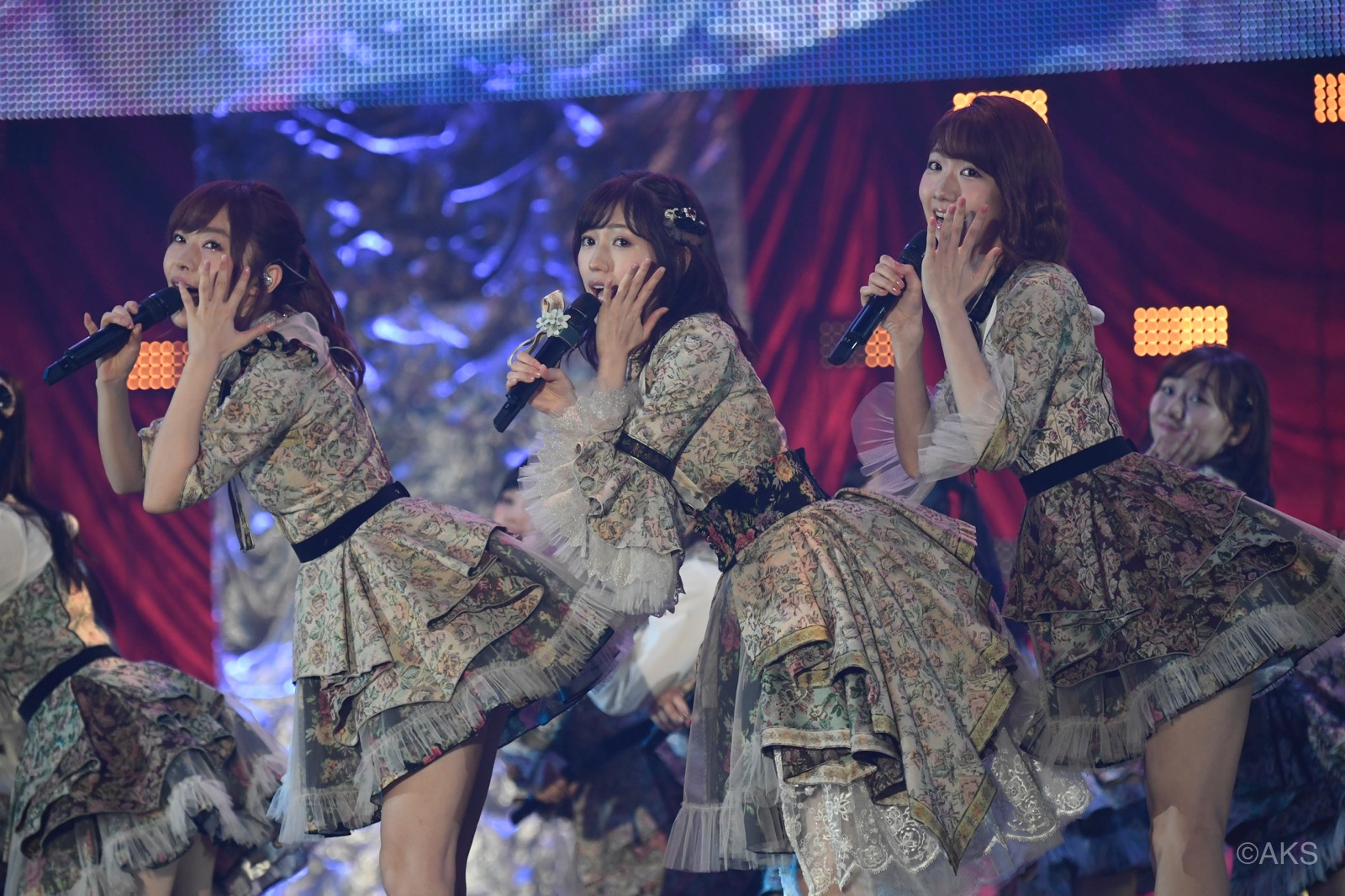 The AKB48 thanksgiving concert series 〜Kansha-Sai〜 continued on the afternoon of October 8, 2017 and the members who took the top 16 ranks in the 2017 AKB48 general election brought down the house at Makuhari Messe.

An intense flashback video was shown to the audience to begin the show, with general manager Yui Yokoyama’s speech as a voice-over, announcing to members that the original event scheduled to be held in Okinawa was cancelled due to a typhoon. 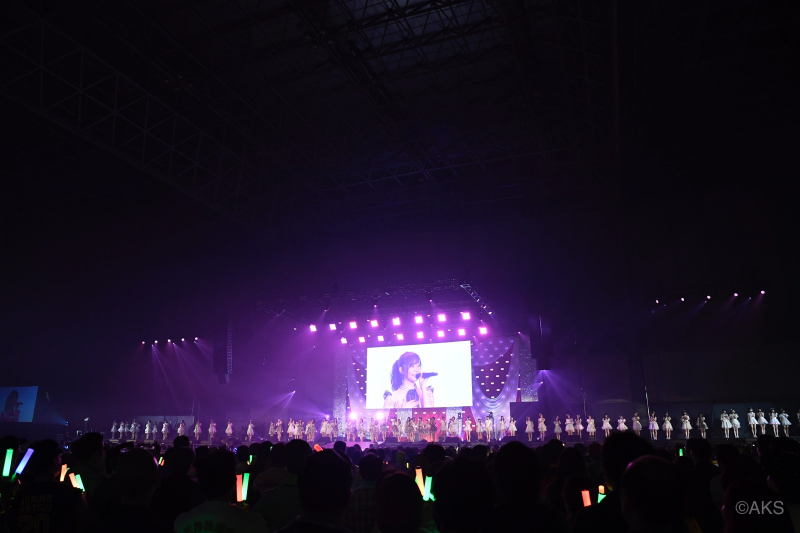 Yui Yokoyama briefly thanked the audience for coming and NMB48’s Akari Yoshida opened the solo performances with the sexy “Zipper”. Next up was SKE48’s Nao Furuhata, who broke an heavy silence with the first sentence of an a capella version of “Escape”, followed up by a live version with backed up by professional dancers. NGT48’s Hinata Honma gave a moving speech and performed “Iiwake Maybe” and Miru Shiroma along with a troupe of trumpet players closed out the first block with the shining “Junjō U-19”.

AKB48’s Juri Takahashi began the second part with “1994-nen no Raimei” where she once again showed off her drumming skills. NGT48 captain Rie Kitahara (along with same generation fellow Rino Sashihara, general manager Yui Yokoyama and NGT48 highest ranking members Yuka Ogino and Hinata Honma) came on stage to perform “Yume no Kawa”. Members and fans alike could not resist giggling throughout the last refrain, in which Kitahara used a silly singing voice. In the same vein, SKE48 draft recruit Sarina Sōda made the audience laugh with a short skit featuring SKE48 manager Hiroshi Yuasa and popular staff member Kenji Kitagawa as the main actors. The comedy segment was concluded with “Ano Saki no Mirai made”. 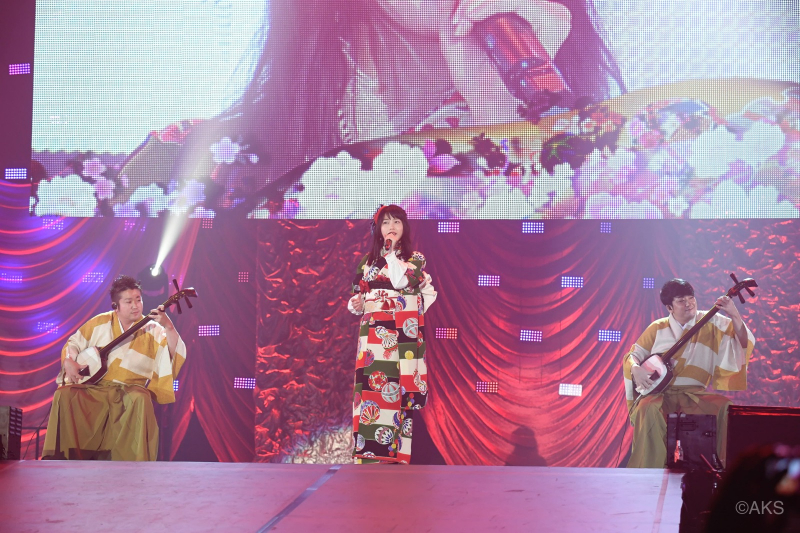 The mood changed with Yui Yokoyama’s performance, introduced by the piercing sounds of two shamisen for a remastered version of “Zetsumetsu Kurokami Shōjo” featuring the Yoshida Brothers!

After few minutes where the members made fun of Kitahara’s performance during “Yume no Kawa”, NGT48’s top ranker Yuka Ogino performed “Shonichi” to thank her fans, a reference to her audition track for the draft audition she had previously failed before finally joining NGT48. Ranking 4th in this election, Sakura Miyawaki appeared on stage to perform the intricate “Fukyōwaon”, one of the iconic tracks from cousin act Keyakizaka46, supported by other members of HKT48 as back dancers. 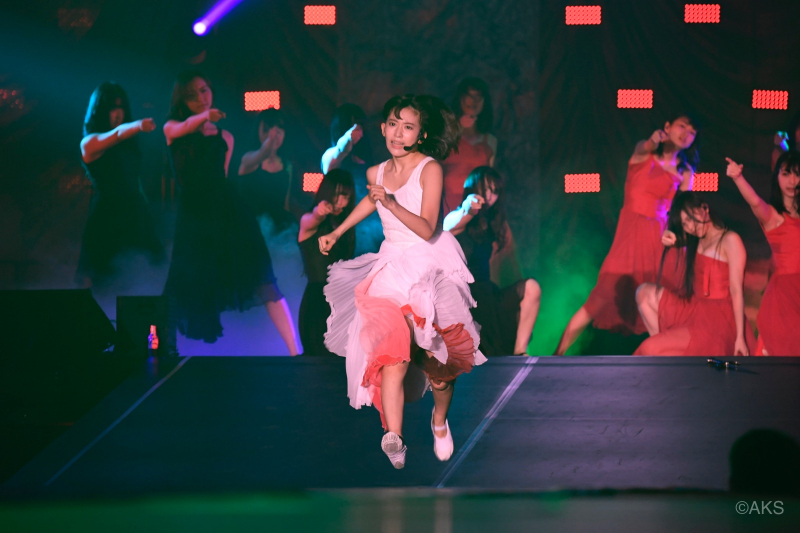 SKE48’s Jurina Matsui set the stage on fire with her solo signature song “Akai Pin Heel to Professor” along with a group of professional backup dancers. This was followed by Mayu Watanabe wearing with a beautiful blue dress to perform the deeply emotional “Kono Namida wo Kimi ni Sasagu” from NO NAME, the 48 group from the anime AKB0048. Her performance was supported by a violinist, a cellist and a pianist. At the end of the song, “Mayuyu” thanked all her fans for supporting and voting for her throughout all the elections with a lovely message on the big screen:

“By entering the battlefield known as the general election at 15 years old, I’ve been able to experience many things.
There were painful and tough times but I was able to fight to the end throughout these past 9 years, because all of you were there supporting me.
Thank you for all your love.”

Election winner Rino Sashihara closed out the powerful chain of solo songs with “Shūmatsu Not Yet” and “Saikō kayo”, helped by an incredible set in which all members joined her on stage. 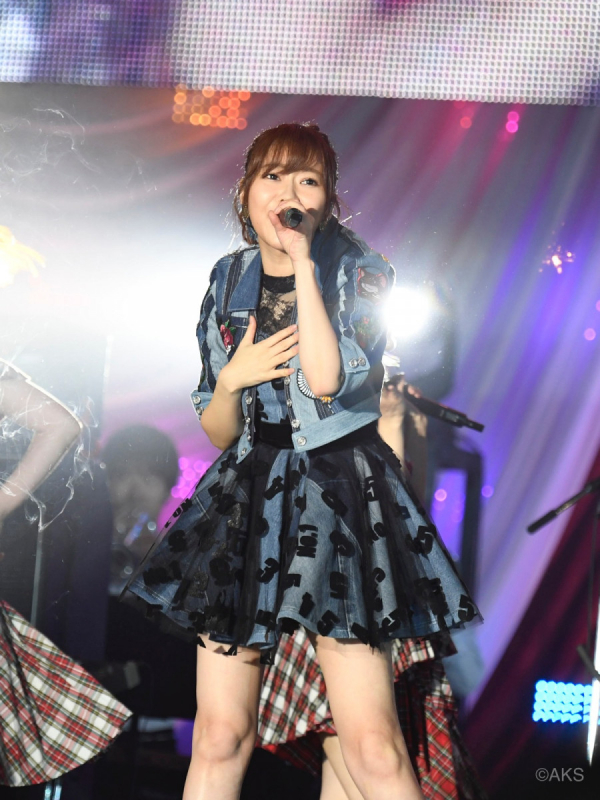 Mobile phones were taken out for the next 3 songs, “Jūryoku Sympathy”, “Anata ga Ite Kureta kara”, and “Kimi no Koto ga Suki Dakara”. Similar to the day before, photos and videos were allowed, a rare occurrence in 48Group concerts, which was warmly welcomed by fans. On par with the fans’ enthusiasm, members went down into the audience to thank their respective fan clubs. After a tearful speech from Yokoyama, the last song performed was Sashihara’s solo single “Soredemo Suki Da yo”. 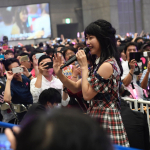 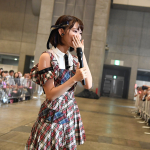 The encore started with all senbatsu members to perform the main track for the upcoming 50th single, to be released on November 22nd. Wearing fashionable winter-looking dresses, Mayu Watanabe stood out from the other members as her own costume felt more of a baroque style outfit. Senbatsu delivered an exclusive preview of the next single with the very first performance of “11-gatsu no Anklet”, concluded by Mayu Watanabe laying down her microphone on the stage and turning her back to the audience, mimicking the iconic graduation and final performance of the legendary idol Momoe Yamaguchi in 1980. 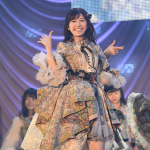 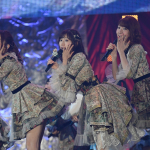 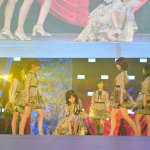 To end the concert, all ranked members stepped on stage and performed “Arigatō”, expressing their deep gratitude towards their fans. As this was the last election for Watanabe and potentially more popular members of the franchise, the 2018 election already seems as if it will be extremely interesting as it sets the stage for a completely different look and feel for the 48 Group. 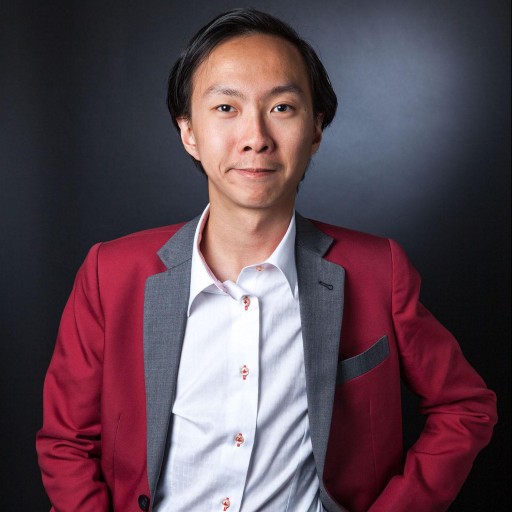 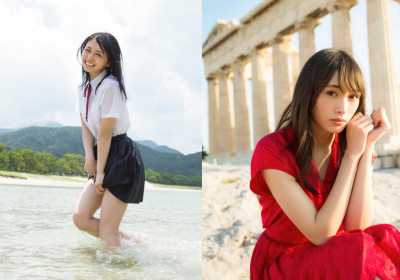