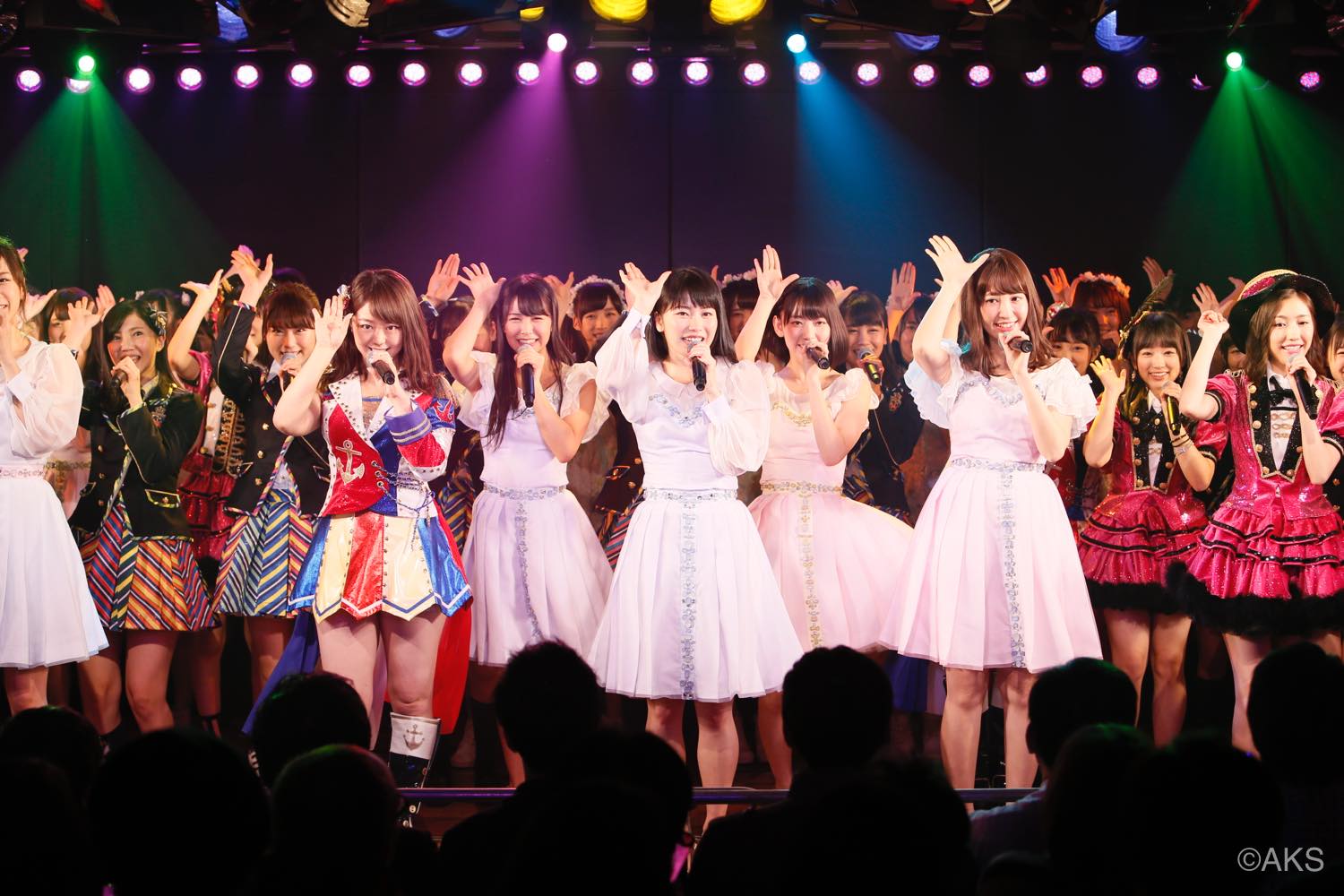 AKB48 commemorated their 11th anniversary, their first under the leadership of 2nd generation General Manager Yui Yokoyama, with a fully-loaded special performance at the AKB48 Theater on December 8, 2016. With almost every member of the group taking the stage, it was an evening that shined with the power of AKB48 as another strip of pink tape was wrapped around the pillars of the humble theater on the 8th floor of Don Quihote in Akihabara. 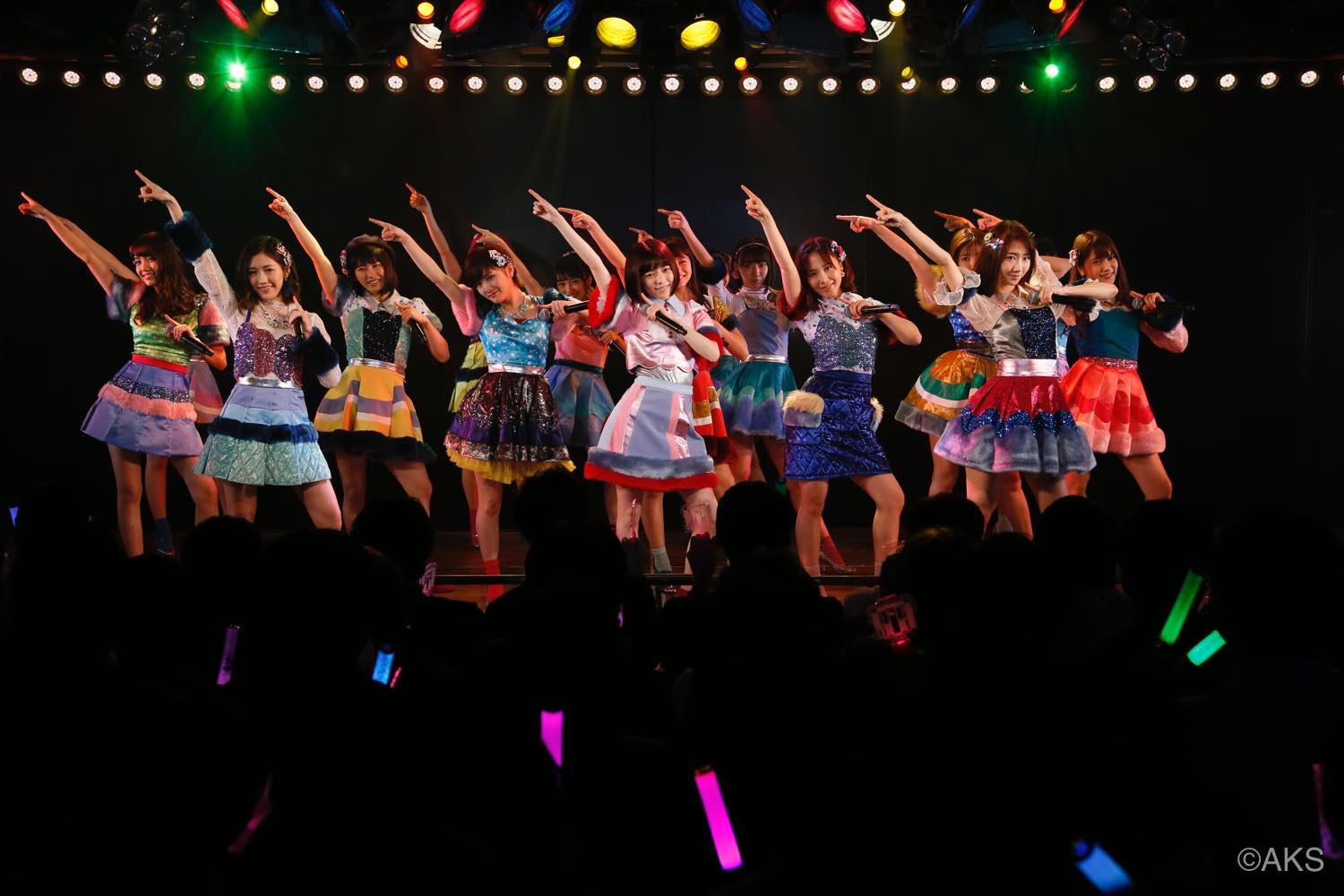 Following a greeting from Yokoyama, who asked the fans to take in everything that the “AKB48 of now” had to offer, the performance began with “Overture” and AKB48’s finger-snapping 46th single “High Tension”. Opening a door to the future of the group, the newly-selected 16th generation kenkyuusei took the stage for the classics “Aitakatta” and “Seifuku wo Jama Suru” as well as “Mirai no Tobira”. 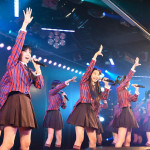 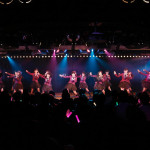 In addition to a selection of unit songs which included “Nagisa no CHERRY”, “BLUE ROSE”, “Glass no I LOVE YOU”, “Kuroi Tenshi”, “Heart Gata Virus”, and “Tsundere!”, Teams A, K, B, 4, and 8 raced through the history of AKB48 in reverse order of seniority with several of their classic theater songs. 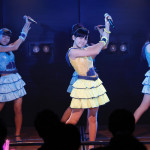 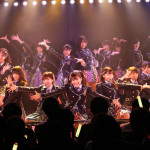 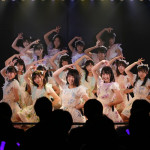 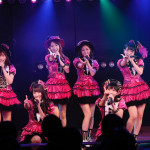 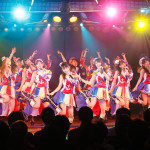 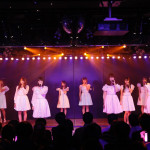 With every member (except for the elementary and middle school-aged members due to Japanese labor laws) packed onto the small stage of the theater, the “AKB48 of now” crossed over into their 12th year with “First Rabbit” and “Sakura no Hanabiratachi”. General Manager Yokoyama expressed her heartfelt thanks to the fans for making the success of AKB48 possible, listing several of the highlights of 2016 such as each of their 4 singles selling over a million copies each in the weeks they were released, and their return to the NHK Kouhaku Uta Gassen. At the same time, she shared that she felt that they were still only just getting started, asking the fans to continue supporting them into the future as she promised that they would “return to their starting point” and be working hard at “sweating more than ever before”. 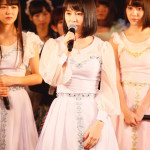 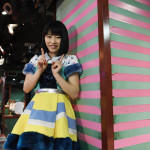 Congratulations to AKB48 on their 11th anniversary! 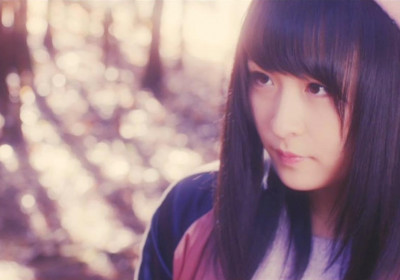