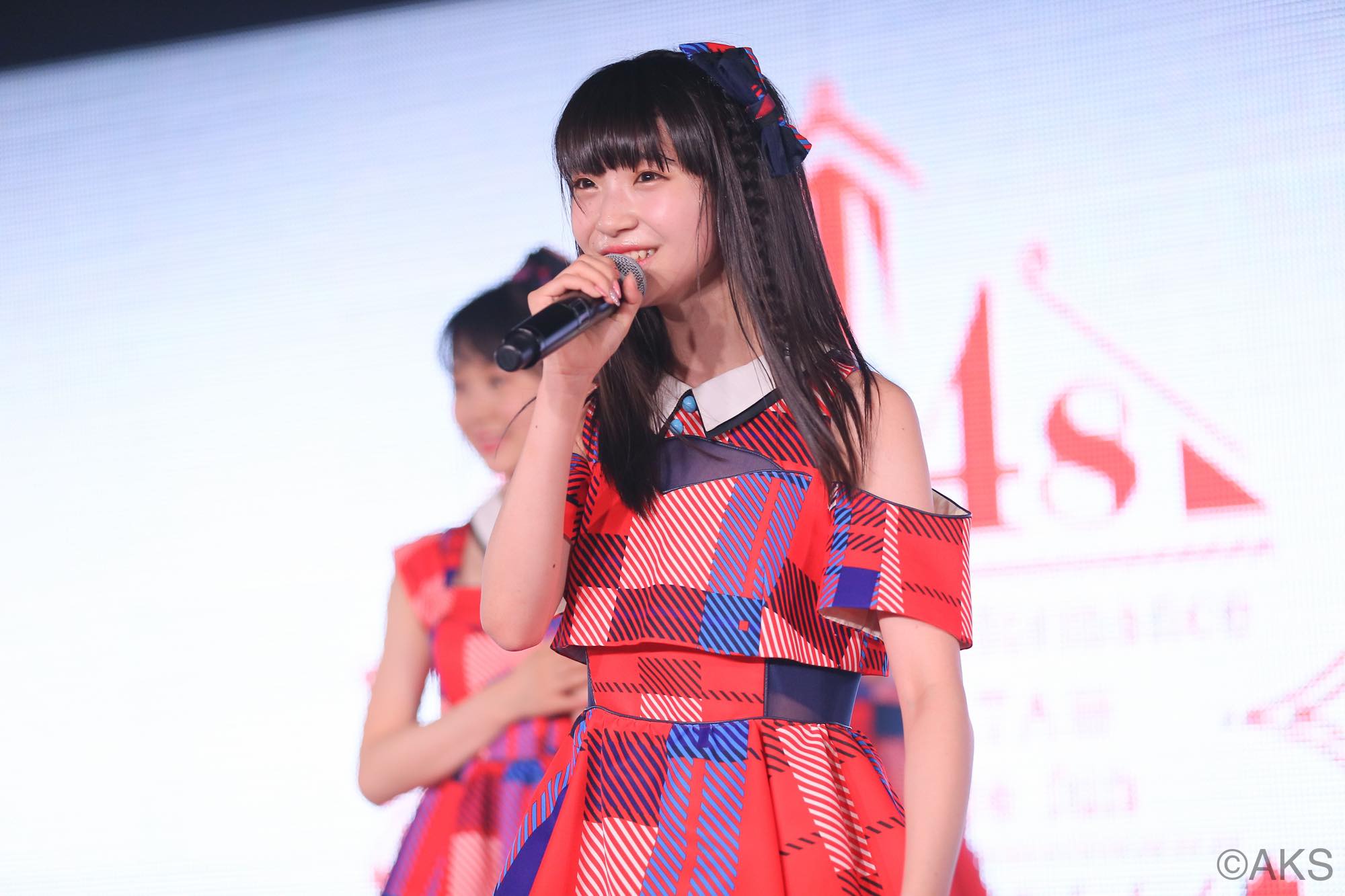 Voting for the “AKB48 53rd Single World Senbatsu General Election 〜Sekai no Center wa Dare da?〜” officially began at 10am on May 29, 2018. The very next day, the preliminary results for the current 1st to 120th place were announced at the AKB48 theater in Tokyo.

The first name to be announced was BNK48’s Praewa Suthamphong, who ranked in at 120th place.

This year, the first place in the preliminary results went once again to NGT48’s Yuka Ogino, who responded to the announcement with tears of joy. Flustered during her speech, she made a mistake in announcing the date of the voting event and was immediately made fun of by her fellow members to which she finally showed a smile at. 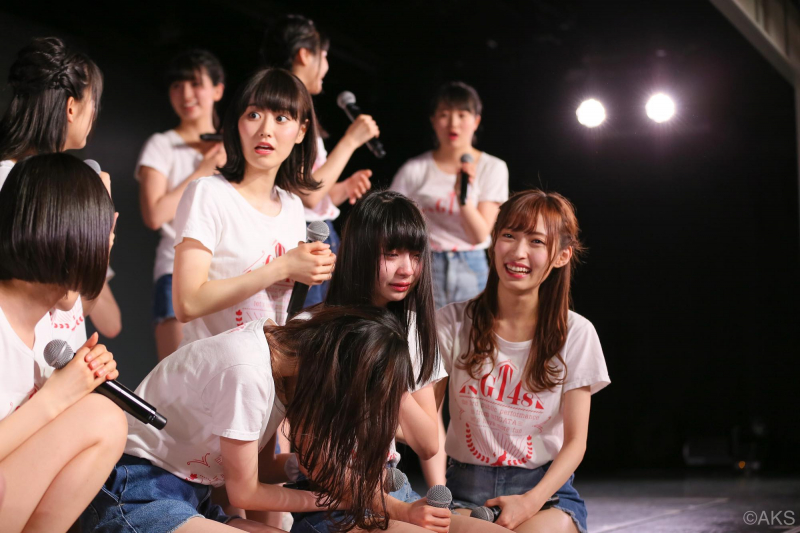 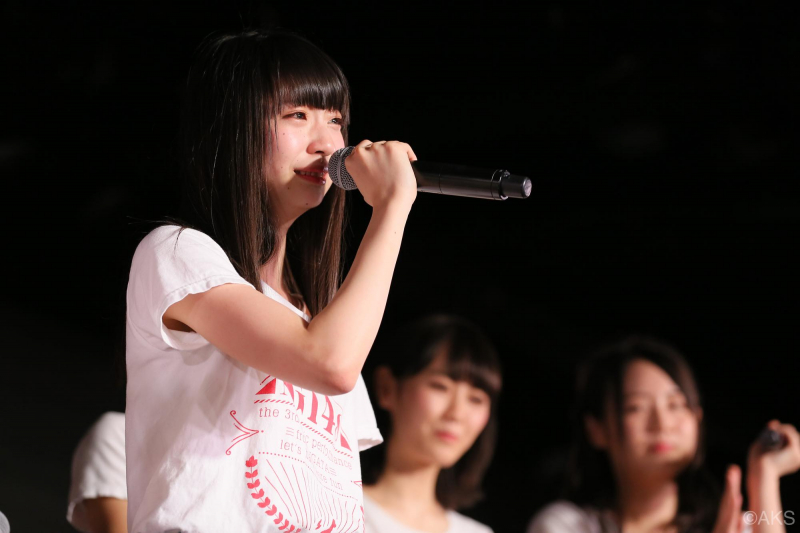 Second and third place currently belong to SKE48’s Jurina Matsui and HKT48’s Sakura Miyawaki respectively, both the aces of their individual groups.

Voting ends on June 15 2018 at 3pm, and the big vote-tallying event will be held the following day on June 16 at Nagoya Dome. The members who ranked in will perform in a thanksgiving concert on August 1 and 2, 2018 at Yokohama Arena, while those outside the ranks will hold a concert on August 13 at the Ichikawa City Cultural Hall in Chiba.

This is the 10th year of the Senbatsu General Election. In commemoration of this milestone, the international groups JKT48, BNK48 and TPE48 are also included in this global election for the first time.

Who will become the center of the world? Find out this June 16.

Member Comments at the Preliminary Results 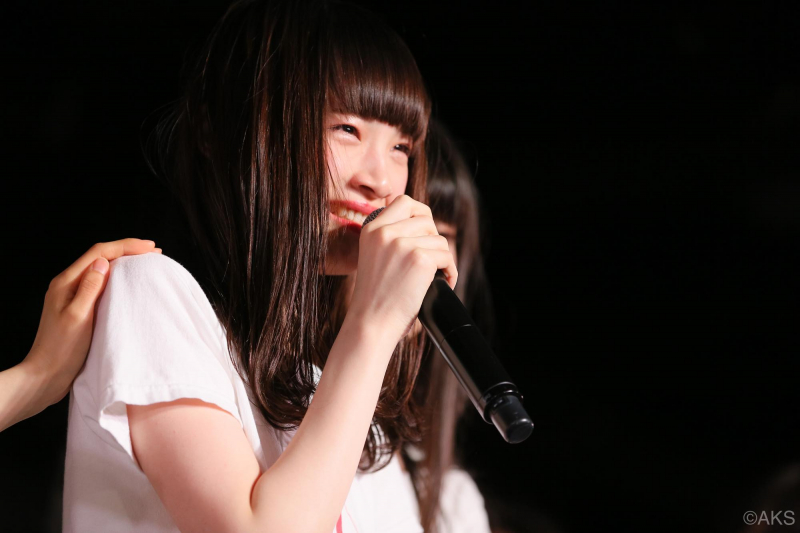 I was so scared about the preliminary results, but I’m really, really happy that I was able to get first place again this year. But I decided not to cry anymore. I want to do my best and show everyone my strong self without any tears. NGT48 will also fight harder and harder so that we don’t lose to SKE48 in their hometown Nagoya. I’m also going to continue like this to aim for the final first place ranking. Please support me to the very end. 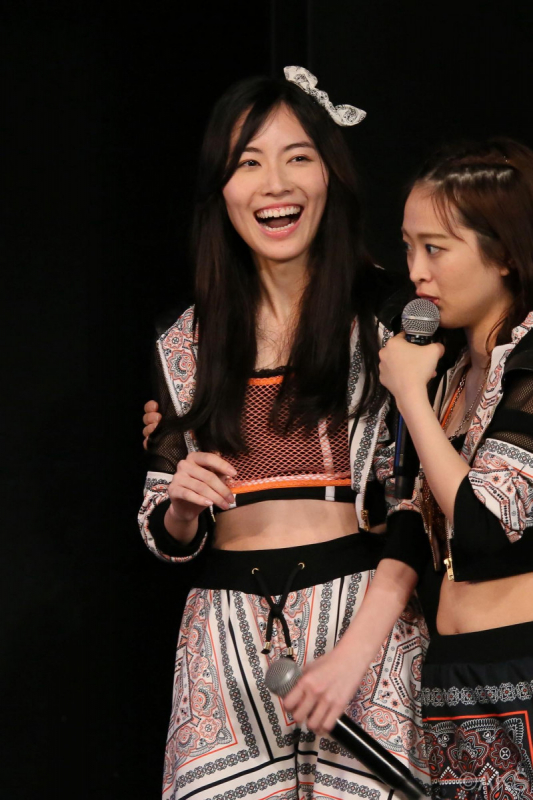 Thank you so much. It’s only the preliminary results and I don’t know what will happen from here, but no matter what the result becomes the most important thing to me is protecting SKE48. Everyone, please give me your support until the end. 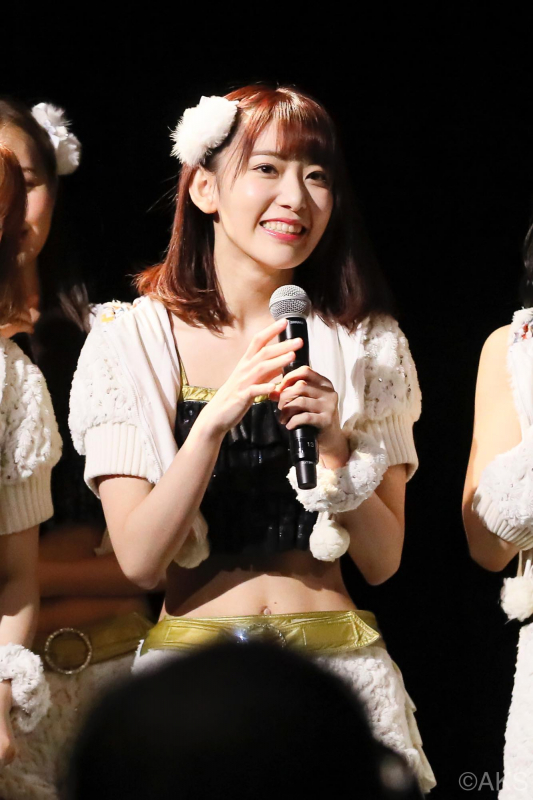 It makes me really, really overjoyed to see this many votes coming in for me in just a single day. I was also so happy to see my two reliable juniors (Kabuki) Nako-chan and (Fuchigami) Mai-chan rank in as senbatsu members in the preliminary.

I believe there are still many members who can enter the senbatsu, so I sincerely hope to be able to hear lots and lots of names of HKT48 members during the ranking announcement.

This is also the first election that Sasshi (Rino Sashihara) isn’t participating in, so I intend to take on the responsibility of carrying HKT48 forward together with the strength of the fans. Please continue to give me your support.

This is the highest I’ve ever ranked, so I felt myself wanting to seriously aim for first place. (Ogino) Yuka-chan, (Matsui) Jurina-san and Saku-chan (Sakura Miyawaki) are all ahead of me, so it’ll be a tough road to get there. I’m glad that so many young members in AKB48 were able to enter and rank up. From now on I want to show the fans my love, energy and smile even more. It’s hard to predict what will happen at the final results, but I want to be fight together with all the fans.

Even though I came in 21st at the preliminary results, but I think I might’ve gained even more votes than last year? Though I haven’t seen the actual numbers yet. I’m aiming for the top three places, but since I’m not even in the senbatsu yet perhaps it can only get higher from here. 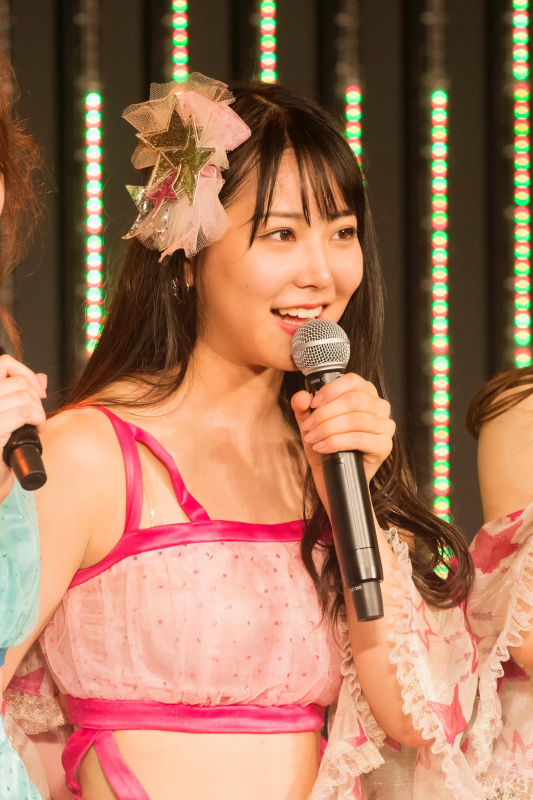 Thank you so much for giving me this many votes in just one day. This year my goal was first place, so I have a lot of regret at not being able to enter the senbatsu even in the preliminary round. But lots of NMB48 members were called, and seeing them working so hard makes me believe that effort will be rewarded. I’ll do everything I can until the end to get closer to my goal! Through the World General Election, I’ll do my best to make NMB even more known throughout the world! 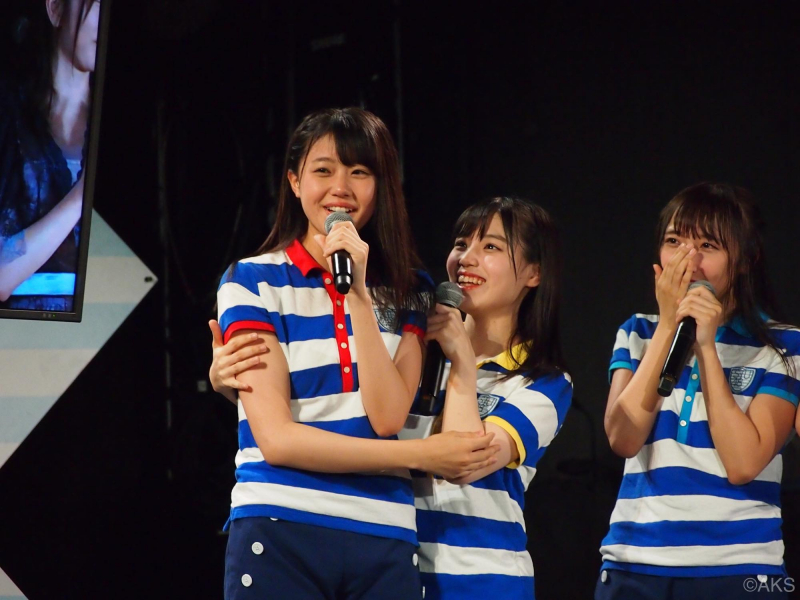 I’m so happy to be able to stand in 53rd place at the preliminary results, and receive so many votes in just one short day.
the preliminary result of last year, no one ranked in from STU48, so I was pleased that this time my name was called together with my fellow first generation member Chiho Ishida. Although 53rd place is a great ranking, there’s still a part of me that’s frustrated; I think it might be the pressure of the center. In the General Election guidebook and such, I ranked high in the forecast so I want to fulfil the expectations of those around me even more. As the center of STU48, I want to pull this group further along so I’ll do my best for the next two weeks. 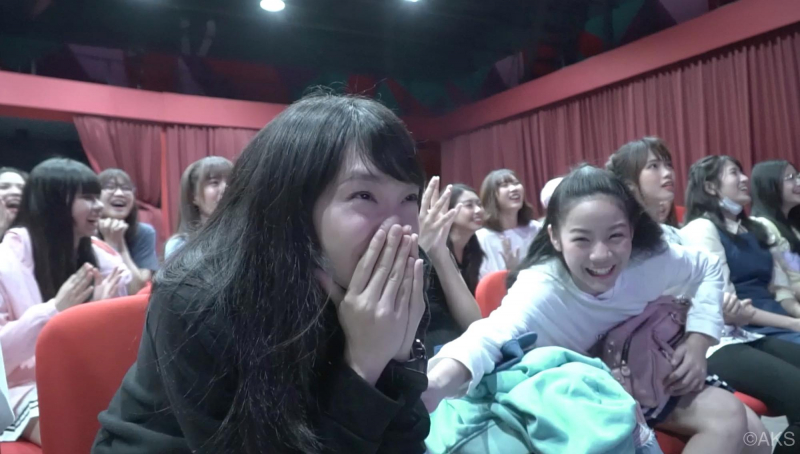 Thank you for the preliminary result of 101st place. Ever since the General Election was announced, I dreamed of BNK48’s name being called and worked hard to make it come true. I’ll continue working hard to realize this dream I believe in. From now on too, please continue to support BNK48 and Cherprang. 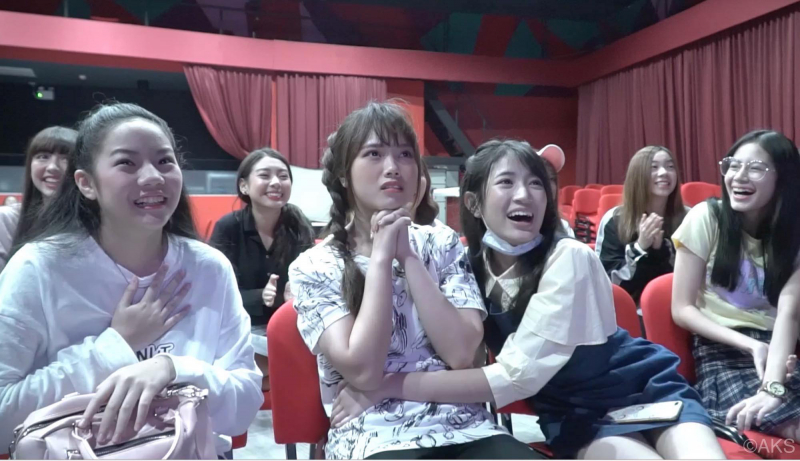 Thank you for the preliminary result of 120st place. I love AKB48, and I love Japan. I want to rank in at the election, and will do my best to make the name of Music and BNK48 known even if just a little more throughout Japan. I don’t want to stop at this position, so I’ll work hard.

53rd Single Release Date
Scheduled to be released around September 2018 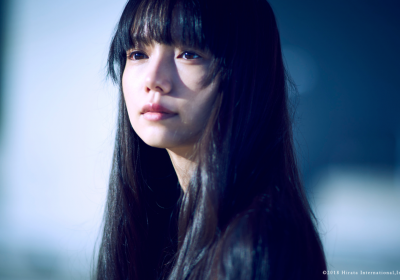 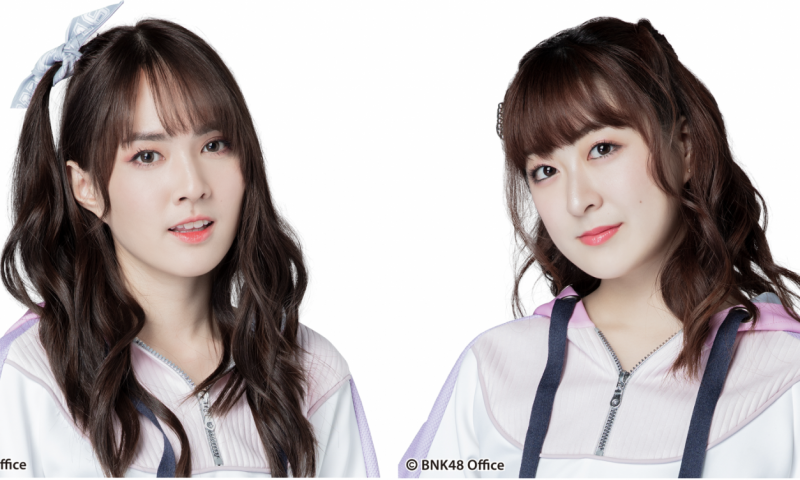 Rina Izuta Moved to CGM48 And Became the Theater Manager!