Enter the Yuri Theater of Momoka Kinoshita (NMB48) in the MV for “Priority”!

NMB48 has pulled back the curtains on the MV for Momoka Kinoshita‘s solo song “Priority” from their 16th single “Boku Igai no Dareka” (release date: December 28)!

Set in a host club illuminated by dazzling lights and chandeliers, Kinoshita dressed in dashing danso charms the female patrons of her nocturnal playground. While this is just a preview, reports from the NMB48 Theater where the full-length version was screened on December 7, 2016, mention there being “kiss scenes” and “bed scenes”. Can this be the start of a series with a possible Kyabasuka Gakuen crossover? When asked to comment, TGU’s danso specialist Rhythm replied with a scream before fainting. 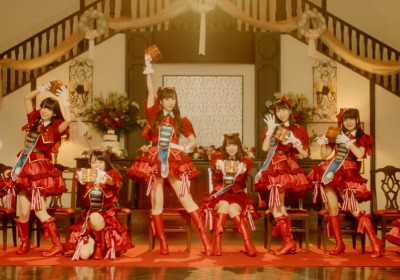 Afilia Saga Offer Up Their Legendary Magic Chocolates in the MV for “Mahou no Chocolate Densetsu”!