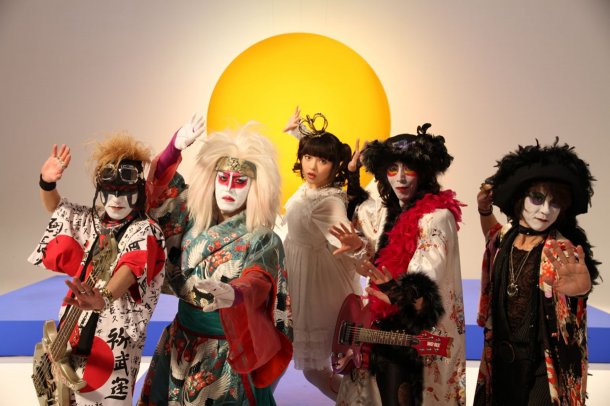 A music video of voice actress Uesaka Sumire‘s 2nd single was open to the public. The single will be released on July 10 and the title is, “Genshi, Joshi wa, Taiyou datta (In ancient times, women were the sun.)”

KABUKI ROCKS, the legendary Japanese and Western music instruments hybrid band, appears in the MV for Uesaka to emphasize the singe’s concept that, it does not matter how they call us, even wotaku or even sub culture geek.

When Uesaka made her debut as a singer, she also launched an alliance that is, “Kakumeiteki Broadway Syugisya Doumei (Revolutionary Broadway Liberal Alliance)” She said, this collaboration has achieved our RBLA’s slogan, “express what we like.”

The single is supervised by Hideyuki Tanaka, who managed MV of “Nanatsu no Umi yori Kimi no Umi (Sea of you than seven seas)
The limited edition will contain the full version of the collaboration MV. 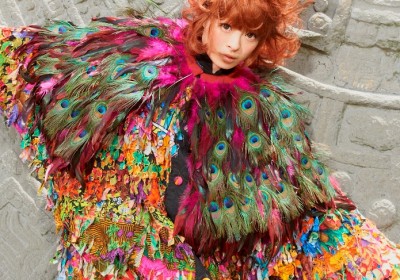 The 2013 J-POP SUMMIT FESTIVAL Makes “KAWAii” Universal as it Expands to S.F.’s UNION SQUARE for a Special Live Performance by KyaryPamyuPamyu