Until Our Wish Reaches The World! Cheeky Parade Shouts in The MV for “WE ARE THE GREATEST NINE9′”

Cheeky Parade held the Kansai Performance of their one-man live tour “Cheeky MONSTER VOL.2 ~It’s a Small World~” at Osaka IMP Hall on May 3rd. This is the last tour for the group in the current 9 member formation. They performed 17 songs in total including the new songs from their 2nd album “Cheeky Parade Ⅱ” which will be released on June 1st. They showed their new costume off as well. The audience was gripped by the cheeky performance by the nine girls who got one and only strength from their five years activities. 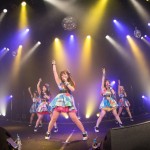 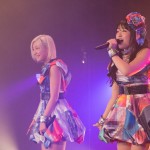 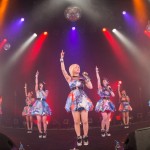 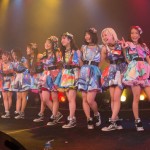 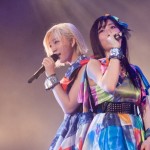 The show was kicked off with the concert version of “M.O.N.ST@R”, Marin Yamamoto sang the beginning of the song in a cappella and showed her nonstandardized singing skill off. After that, they didn’t stint to perform the upcoming album songs “Lost+Found”, “Happy Fancy Music”, “Shake it up!”.
In the middle of the show, they performed their masterpiece of indie era “Peace Smile Girl” in seven members excluding the two who is going to study in LA. While the seven member continued singing the song, suddenly the stage lights blacked out, then the two came out as the seven goes in. Marin Yamamoto and Marina Suzuki sang the number, which is the song the group has kept to sing for about five years from their formation, at the top of their voice. It was as if they fully enjoyed their limited time until the departure.

After the song ended, the nine members gathered on the stage again, then they performed the new song “WE ARE THE GREATEST NINE9’” for the first time. In the song, each member has a solo singing part in order of age, and shout out the message “we, this nine, are the best buddies!” It’s just a cheeky farewell song.

They continued the show with performing their wide range of songs such as  “SUPER STAR”, “Colorful Starlight”, “SKY GATE”, “Hungry”, and “Together”. The hall was hot with excitement until they capped the main show with “Cheeky dreamer”.

During the encore, a good news was announced. On July 5th, they will hold a send-off party for the two members who is going to study in LA.
Marin Yamamoto showed refreshing smile saying “I think I won’t be able to return Kansai for a while. Today’s live was great as if I could put out my two years’ worth of power all at once. Thank you so much!” (She will study in LA for two years.)
Marina Suzuki also commented, “I’d love to be back in Kanasai! Please wait till I come back!”, and her sister Yurina added, “We will keep our best with feelings that ‘we are always together wherever we are because the world is small!’ in our heart.”

They capped the encore performance with the ballad song “faith” and their debut song “BUNBUN NINE9′”. The Osaka performance ended in great success.

After the concert ended, the artworks of their new album and the music video for its lead track “WE ARE THE GREATEST NINE9′” has been published. 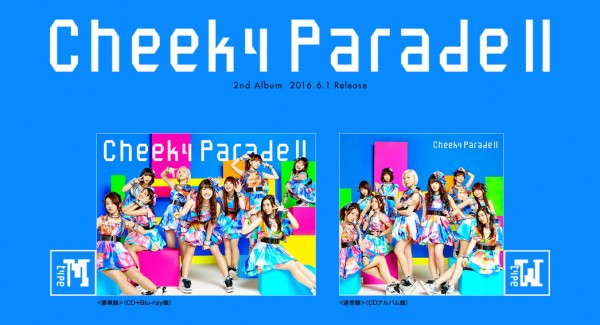 The music video features the only scene that the nine members sing in a bare studio. White light highlights a member who sing solo part in turn. The film direction seems to say “anywhere they sing becomes their stage.” When they have the same song in hearts, the nine hearts are always one anytime. Because, they are “THE GREATEST NINE9′”.

Cheeky Parade will hold their one-man live at Shinagawa Stellar Ball on May 8th. This will be the last chance to see their performance in this nine members before the departure of Marin and Mariya. 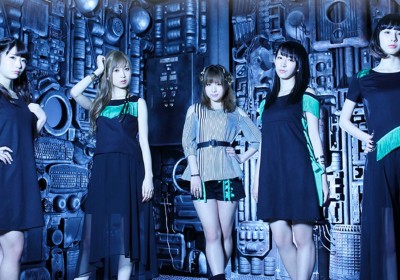 The Power of Music! Q’ulle Bring People Together and Raise Them Up in the MV for “ALIVE”!