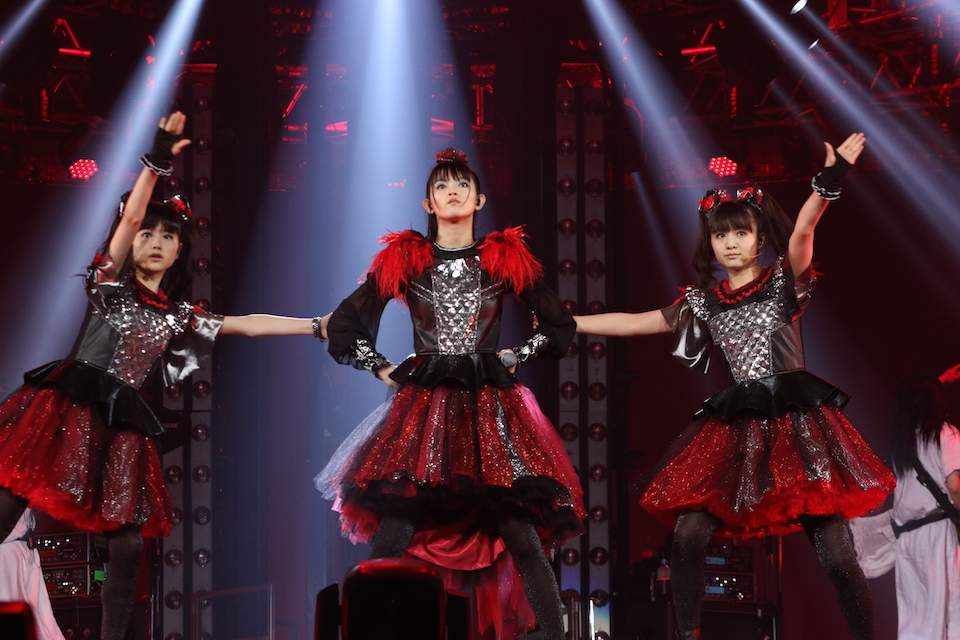 BABYMETAL completed their WORLD TOUR 2016 with 2 sold out nights at Tokyo Dome, with 110,000 attending even with one of the biggest typhoons of the season making land in Japan on September 19th and 20th. A total of 450,000 in 8 different countries attended “BABYMETAL WORLD TOUR 2016”. 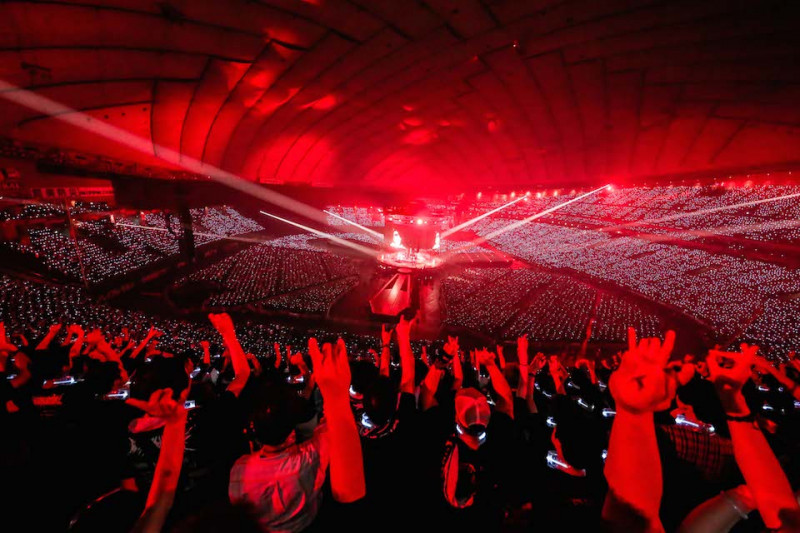 The first day of the Tokyo Dome concert, which was held on September 19th (Monday), titled RED NIGHT, was comprised of 13 songs mainly from their second album, “Metal Resistance”. SU-METAL, YUI-METAL, and MOA-METAL, appeared at the central stage with the flag of BABYMETAL symbol in black and gold outfits, starting off with “Road of Resistance”. Some of their iconic songs such as “Gimme Chocolate!!” and “KARATE” were also performed powerfully, exciting the audience. RED NIGHT closed with the song, “THE ONE – English Ver. -,” and the neck braces that were handed out to the audience members at the entrance, lit up as they roared along with the anthem. 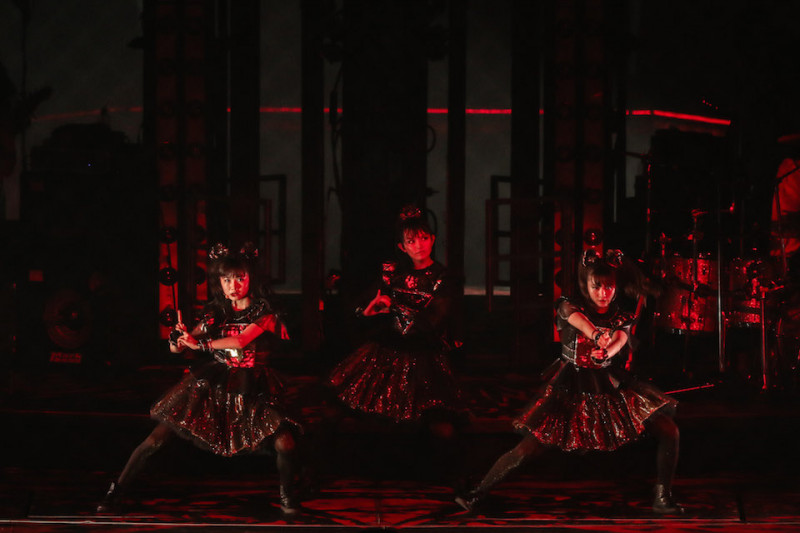 The second day of the Tokyo Dome concert BLACK NIGHT, was held as the typhoon made its way across mainland Japan on September 20th. Also, unlike the previous day which was a holiday, was held on a weekday. Although there were many people who were busy with their daily work and school lives, it provided little resistance to them returning for the very last day of BABYMETAL’s performance. The second day opened with “BABYMETAL DEATH,” the trio in their iconic black and red outfits. This focused on the songs from the first album, “BABYMETAL” including songs like “Doki Doki Morning,” “Headbangya” and “Megitsune” were performed in sequence to urge on the audiences. Like the first day performance, the audience were handed the neck braces and it lighted to red, as the runways for SU-METAL, YUI-METAL, and MOA-METAL also lighted red as if its blazing. The members climbed up on the stage up in the air and the members and the audience roared out together “WE ARE! BABYMETAL!”. SU-METAL banging a gong which echoed through the Dome. 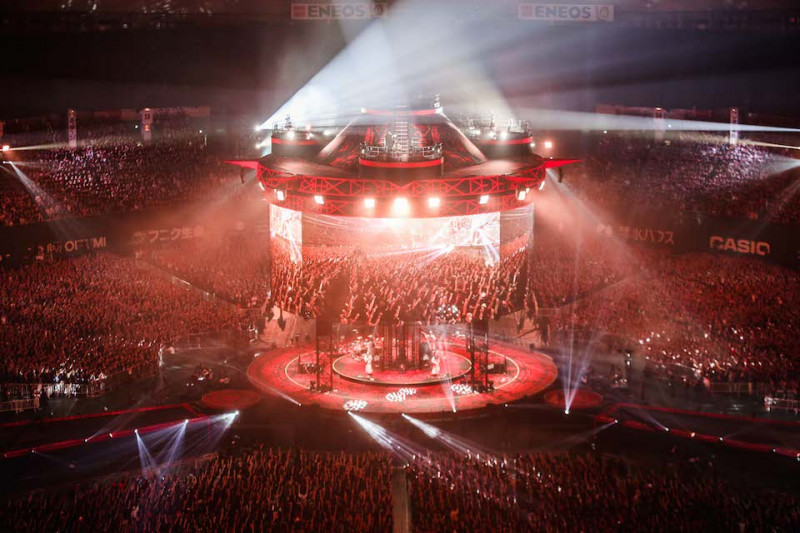 On the first day of the Tokyo Dome 2-day concert, I brought my friend, Miranda, a media scholar from the United States, who was very interested in BABYMETAL. I was also interested to hear impressions and opinions from the first-timer. Although Miranda was used to other J-Pop artist/group’s concerts, she told me there was more surprises at the BABYMETAL concert, the biggest one being the behavior of the Japanese fans. She commented, “I was quite struck by how respectful the fans were. Thunderous applause happened after every song finished. I was surprised that nobody called out to BABYMETAL during the breaks between songs, which is incredibly normal at Japanese concerts. People only yelled in response when they were called by the artists. I didn’t expect this from a show based in either the idol or metal world.” Each and every song was performed with the full efforts of SU-METAL, YUI-METAL, MOA-METAL, and the KAMI BAND, everyone showed their respect, seeming as if every aspect of the concert brought them together. 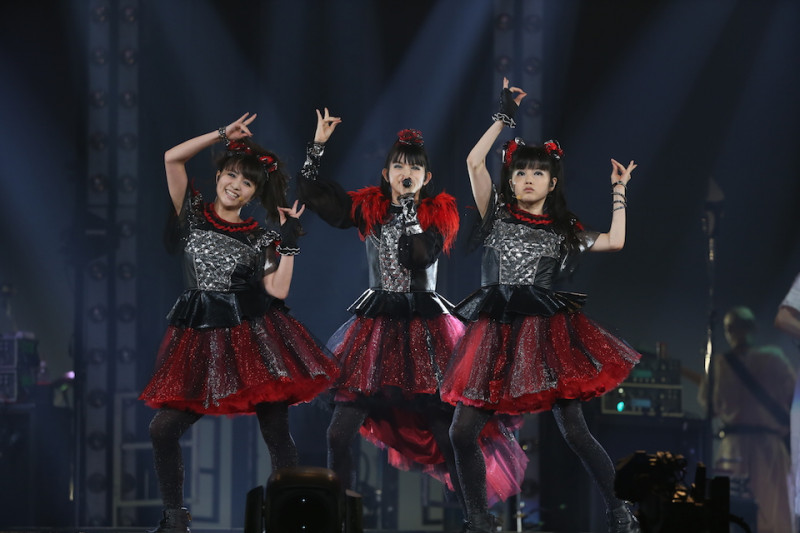 The showmanship and stage setting was also very impressive for Miranda. “As an act I was really impressed by the showmanship – the moving stage was amazing! – and the quality of the live music and vocals. There wasn’t a flaw during the whole performance, and you could absolutely feel both the band and the girls giving it their all. The effort and dedication was absolutely clear.” BABYMETAL’s concert, as many know, does not have talking in between songs, and they complete their set-list like a short-track race. Tokyo Dome’s performance was close to perfection, reflecting the effort that went into the stage design, set list, the KAMI BAND, and BABYMETAL. 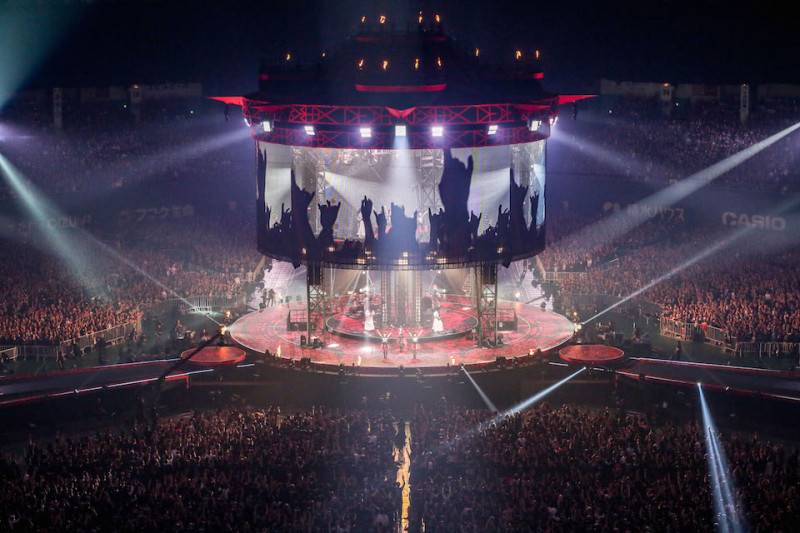 I have been attending BABYMETAL concerts since 2012, ever since they were performing on the small stages at live houses in Shibuya. It has been four years and it is just incredible to see how not only they themselves have grown as young women, but also as professional performers, to make each concert unique and memorable for the audience. BABYMETAL fans are not just Japanese idol fans but, also rock and metal fans, the solid support from fans from abroad, both from the audience and other bands at some of the biggest festivals in Europe and in the United States. Tokyo Dome being the ending point for their long journey across eight countries, it showed to us, fans in their home country, what the 3 young women have gained is not just the unique-ness within “idol” identity, but their identity of “performer of the Metal genre” has clearly been solidified as BABYMETAL from performing abroad. BABYMETAL continues to grow and improve even now and I wonder how much more they will grow. Only the Fox God knows. 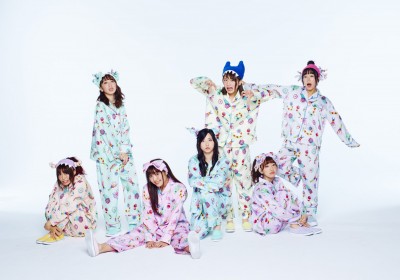