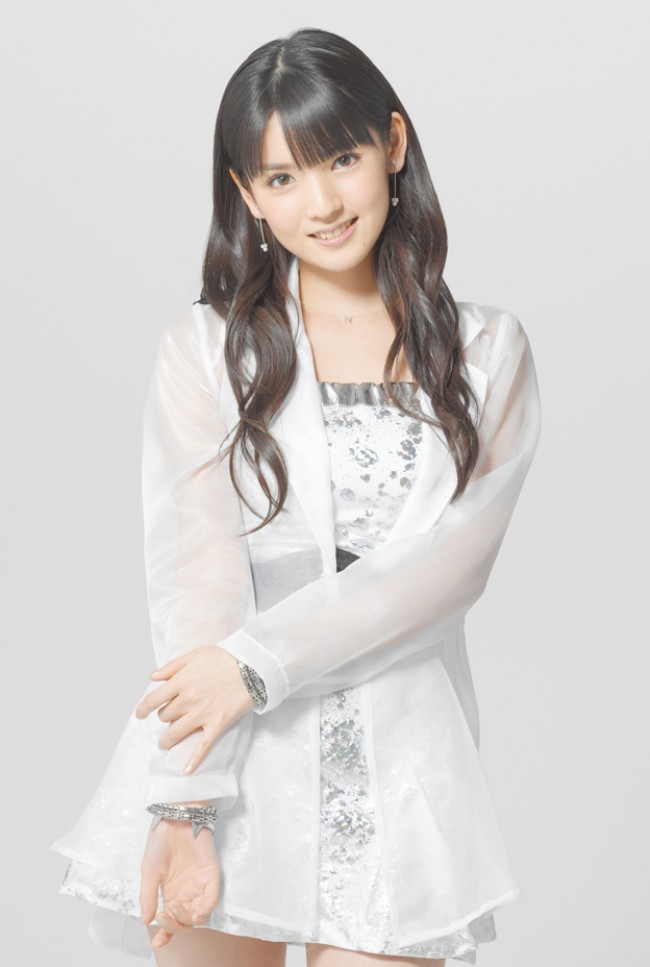 Sayumi Michishige will put an end to her carrier as a member of Morning Musume having amassed over 4,100 days as a standing member of one of Japan’s premier idol groups.

The official announcement posted on Hello!Project official blog is as follows;

Thank you for your continuous support for Morning Musume ’14.

Today during the concert at Shunan City Cultural Hall in Yamaguchi prefecture, our leader Sayumi Michishige announced that she graduates both Morning Musume ’14 and Hello! Project on the final day of the autumn tour this year.

Michishige made her debut in 2003 on the CD “Shabondama” as a member of the 6th generation, and after becoming the 8th leader of the group in 2012, she have led Morning Musume.
She is the longest serving member of Morning Musume, with a membership for more than 4100 days.
She has made a great contribution to the group as well, with a first record in history achieved during her time: taking No.1 in the Oricon Singles Chart for five consecutive times.

After several discussions, we reached this conclusion with respect for her own wishes.

There is still some time before her graduation. Please continue to support both Morning Musume ’14 and Sayumi Michishige.

Since I became the leader about two years ago, I kept saying that I wanted to give back to Morning Musume.

I feel that I have been able to do so little by little, through achievements like five consecutive No.1 in singles and various other activities, though it was not just by my effort alone.

Therefore, after consulting with both Mr Tsunku♂ and other staff of our office, we decided to take this year’s autumn tour as the right time to graduate.

However, there’s still a lot of time left and there are many more things I hope to teach and show the junior members of the group.
I would also like to make a lot of memories with all my fans.

I believe that this is when the real “giving back” starts.
I would like to graduate and pass the baton onto the next generation after making Morning Musume the very best it can be.

Please continue to support me until autumn.

Hello everybody. This is Tsunku♂.

I thank for your support as I continue to monitor my workload so that I can recover my health.
I know it is sudden, but as she announced during the Morning Musume ’14 concert at Shunan City Cultural Hall in Yamaguchi prefecture, `Sayumi Michishige`, who is a member of the 6th generation and the current leader, is going to graduate the group at the end of the autumn tour 2014.

She has served `4118 days` (as of April 29, 2014), which is the longest membership in the history of Morning Musume.
She also witnessed the unprecedented record of `No.1 in the singles-chart at the first appearance five consecutive times`, both being the leader and a member.

The 6th generation is precious because they experienced both the very best time as a group and an idling phase.
From there, they demonstrated a recovery in V shape, and even after she became the leader, she has taken a big role in many ways.

As a group, we certainly have more than a bit of uneasiness because we will be left with only young members who came after the 9th generation. There are also many things that I would like her to teach new members who probably join the group soon.
However, she told me `I would like to graduate while I am pretty in reality before my comment of “Yes! I am pretty today too!” becomes a joke.`
She also has her own virtue, saying `I want to graduate “now” when the group is becoming better.`

I also love such a way of thinking that rocks, and in fact we kept discussing our way forward for almost two years.
In conclusion, as many records are being renewed, we think that this year is the best timing for Michishige to graduate, and we decided on her graduating in this autumn.

She told the other members last night, as she wished to talk to them directly before publicizing it, instead of suddenly breaking the news on the concert stage.
For all her fans, we decided to announce it during the live performance today as we wanted to send such a news from her hometown, Yamaguchi prefecture.

We do not have such a long time before her graduation, but it is not short either.

Everyone, please do support her even more until graduation so that she can leave Morning Musume as a greater legend than it has ever been !

PS,
For those who would like to become a member of Morning Musume ’14 under this leader Michishige, we are currently looking for new members !
You can still make it in time for application process ! Please participate ! We will be looking forward to hearing from you ! 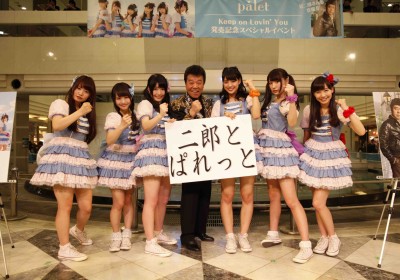 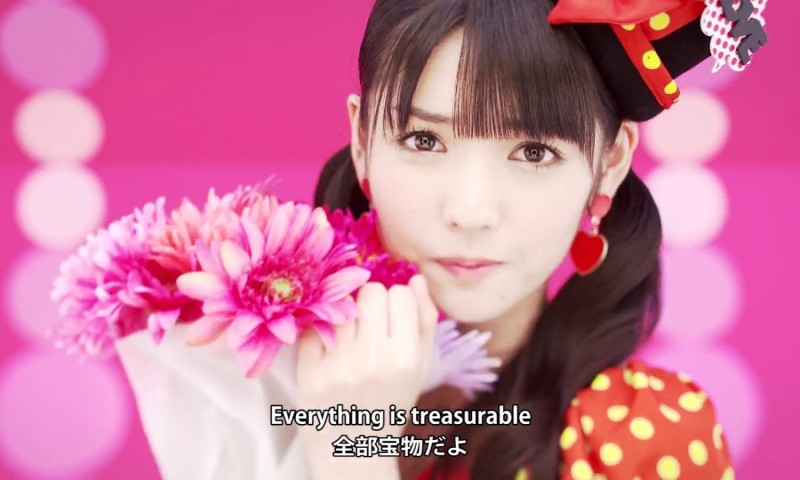 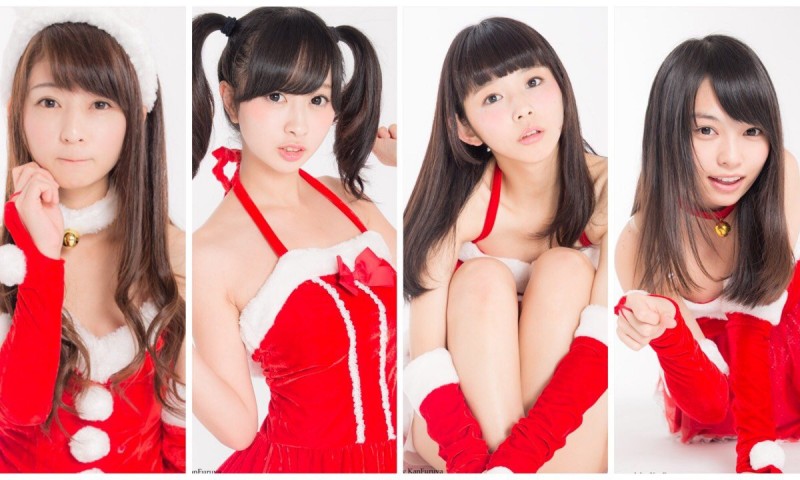 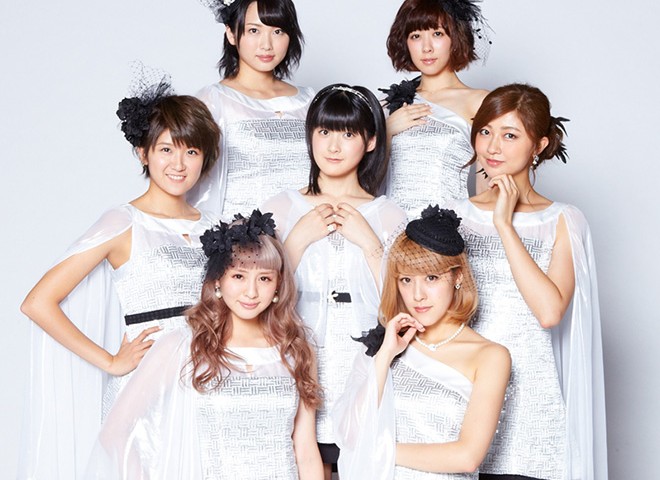 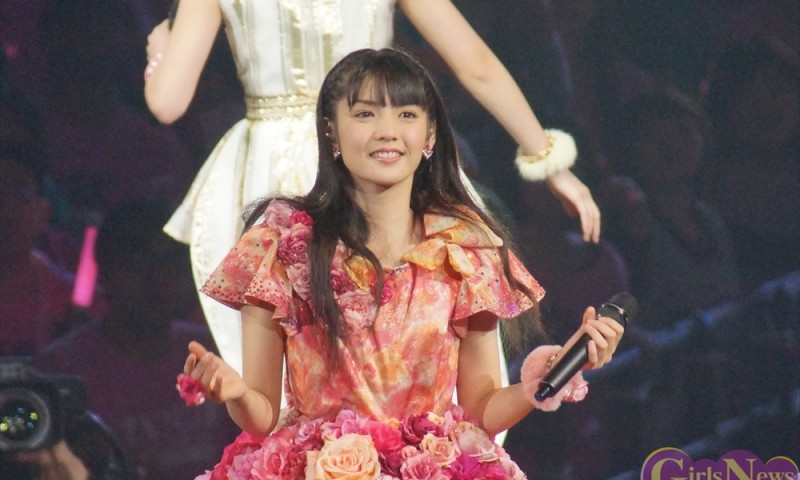