Get Set, Go! Haruna Iikubo Graduates From Morning Musume.’18 and Launches Herself Into a New Future 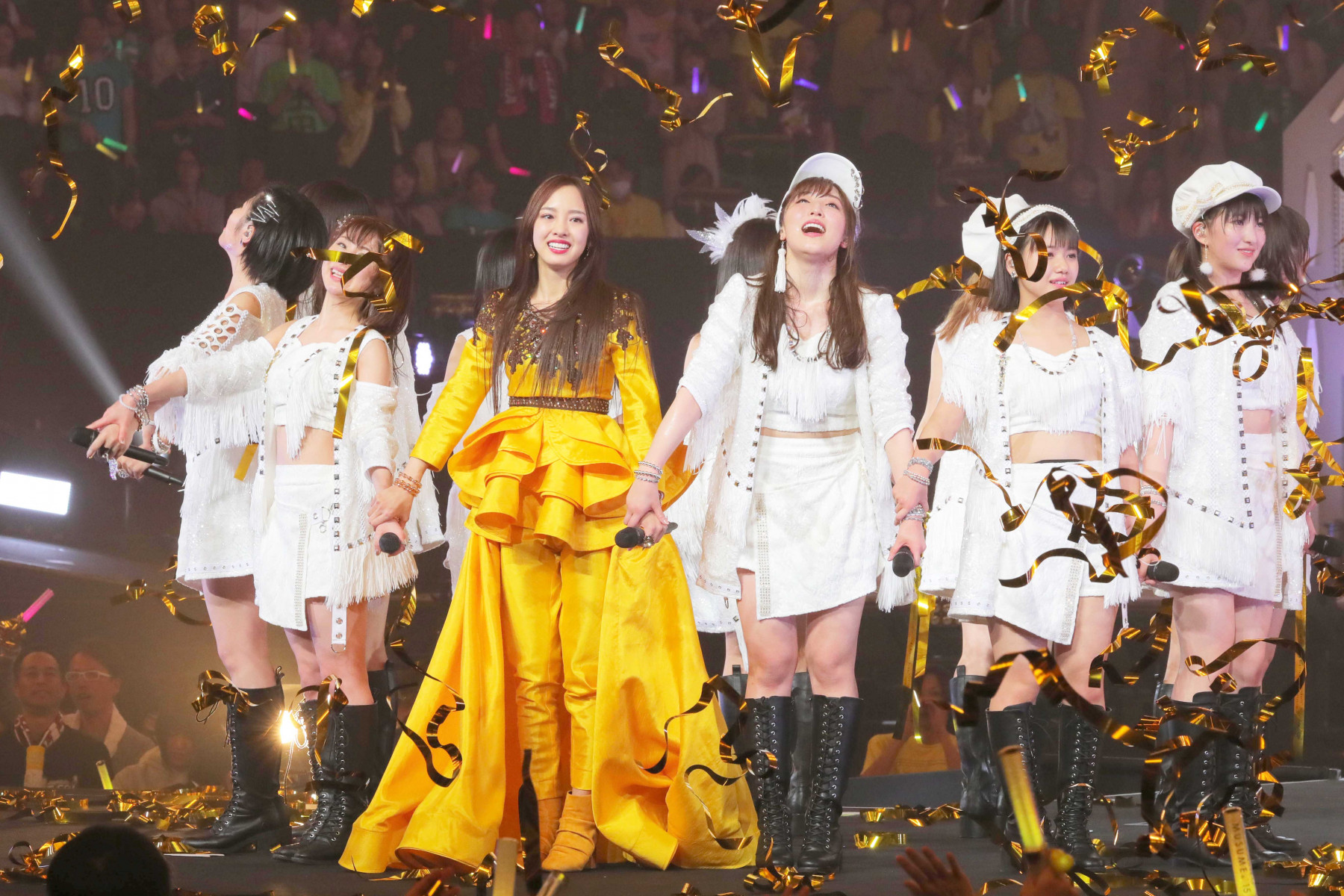 On December 16, 2018, Morning Musume.’18 held the final concert of their tour at Nippon Budokan. “Morning Musume.’18 Fall Concert Tour〜GET SET, GO!〜Final Haruna Iikubo Graduation Special” was both a farewell and the mark of a new adventure for sub-leader and 10th generation member Haruna Iikubo. She graduated with the support of her fellow members and the thousands of fans in the audience—Budokan was lit in honey yellow that night, in honor of her member color.

As soon as the fans assembled inside the large hall, it was clear that they were in for a ride. With a space concert theme, it felt just like going on a thrilling attraction. The fans chanted down to the opening, and the show launched into orbit. Morning Musume.’18 landed on stage—with Haruna Iikubo on her final journey as a member—and the fans erupted in a rousing roar. 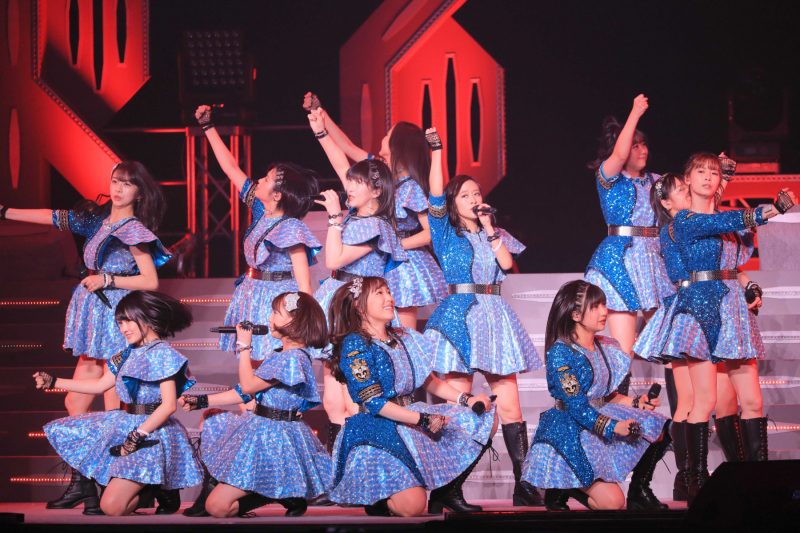 The group kicked off the concert with “Jiyuu no Kuni Dakara”, the song from their 66th single. Right from the get go they let rip their perfect synchronisation, dancing in slick formation as the crowd revved up for the night ahead. With that rousing start, they went straight into “Kimi Sae Ireba Nani mo Iranai (updated)”. Unlike the lyrics, there were certainly many more than 2000 people on the dance floor.

The girls greeted the fans in the first MC, welcoming them to the Haruna Iikubo graduation special at Nippon Budokan. There was a special cheer for the oldest member of the group, as she thanked them for coming on this special day. She made a special announcement for her first post-graduation project, introducing the virtual idol Ni-na that she will be producing. 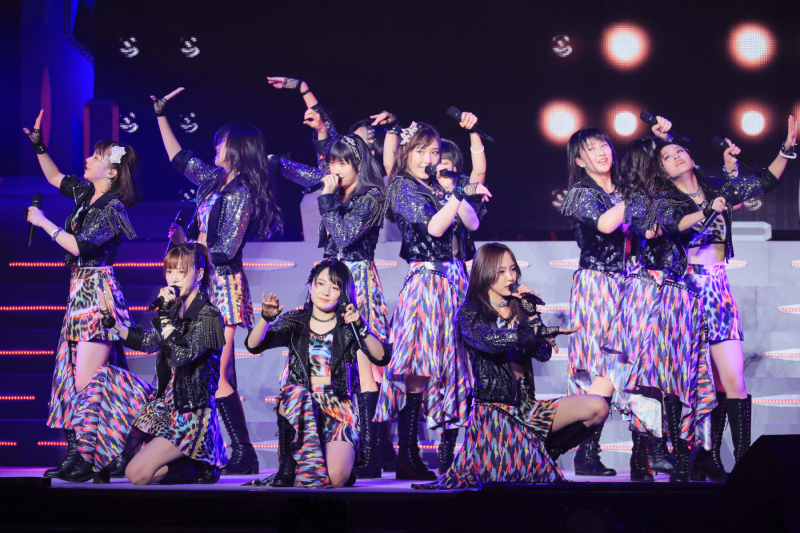 The members changed into their next outfits, decked out in bold neon patterns and black metallics as they charged on into the setlist. Their glamorous stage presence only made their performance even bigger and better, as they sang “Are you Happy?”, “Tokyo to Iu Katasumi” and “Sou Jyanai” without once breaking formation. During “Only you”, the members had a surprise in the middle of the choreography. When they reached the line “to my beloved” in the chorus, they suddenly turned towards Iikubo and sang the line to her. Her reaction was one of pure surprise and delight, as she faced her own beloved members. 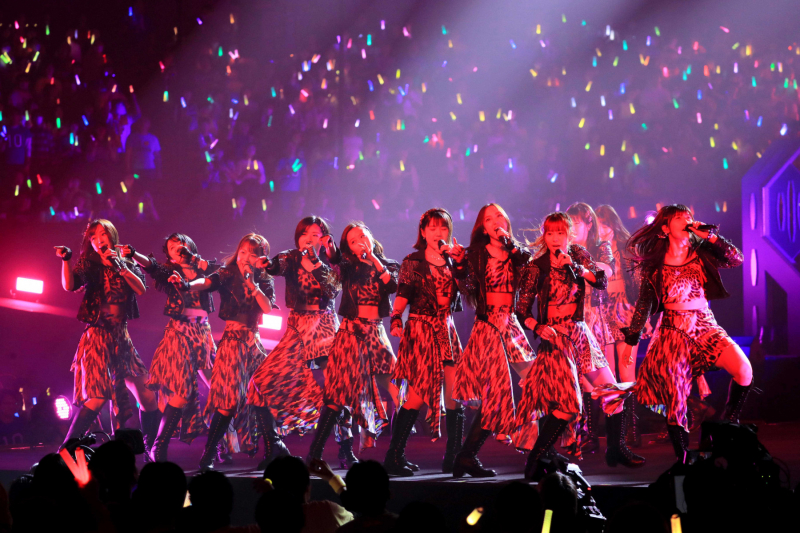 The next number lit up on stage under giant lights that spelled out MM, proudly flaunting the group’s identity. The members performed “Brainstorming” in front of this spectacular backdrop. They thrilled the audience with their strong electronic dance beats, boldly radiating confidence just like the giant letters behind them. As always the powerful dance break in the middle was a much anticipated part of the song, with Ishida Ayumi leading in the center.

After the song ended, the VTR came on and introduced the members once more. Posing as an “emergency message”, the fans were called on to save the girls on their journey in space by answering the question: “What is the purpose behind the mission to Star MM18?” After poking light fun at some of the girls, the real answer was revealed: “For Haruna Iikubo to create memories”. 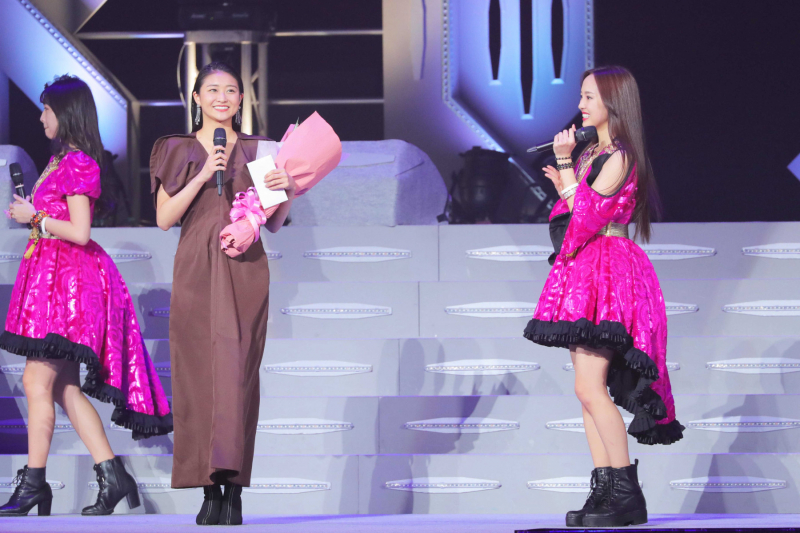 The girls sprung back on stage in new hot pink dresses, flouncing their way into the sassy “Akogare no Stress-free〜Morning Musume.’18 ver〜”. They continued this sultry beat with “Jama Shinaide Here We Go!”, with Iikubo delivering the alluring monologues that had the whole audience captivated. They swung back into high energy with “Waraenai Hanashi”, and marched out towards the centre of the hall in “Narcissus Kamatte-chan Kyousoukyoku Dai 5ban”.

The second MC had another surprise in store for both the fans and Iikubo—Hello! Project and Angerme leader Ayaka Wada appeared on stage to deliver a congratulatory message for Iikubo. 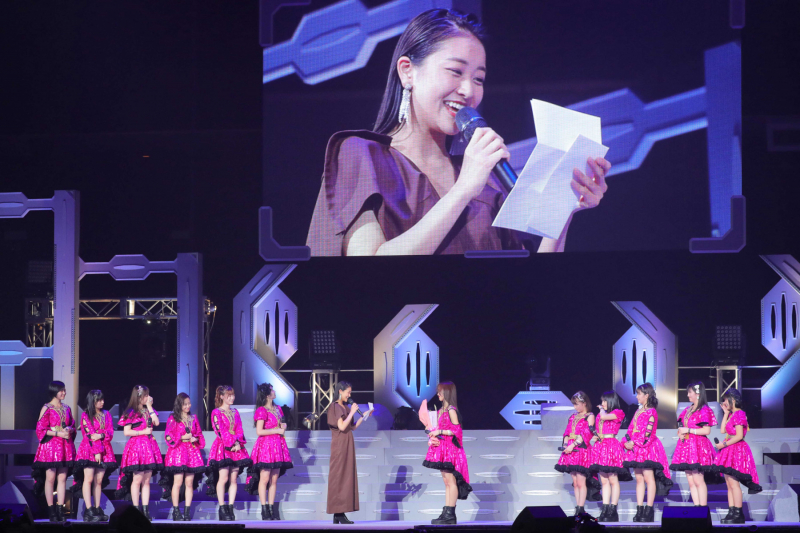 It was a touching time as Wada, a close friend of Iikubo even out of work, shared the feelings and well wishes she had penned down. The fans were moved by her letter; despite having completely different interests Wada expressed her gratitude at the special friendship the two of them had developed. Wada gave her a big hug on stage, and Iikubo joked about how it felt like they were meeting in private and not on stage.

After Wada left the stage, the members jumped back into the concert with a flirty rendition of “Furari Ginza”. The playful show segued into an evocative mood with “Tsumetai Kaze to Kataomoi”, as the stage plunged into a deep blue light. 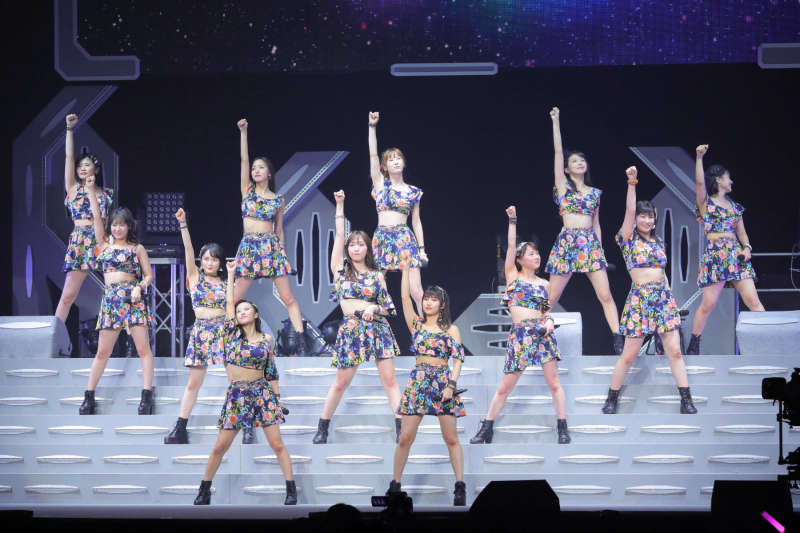 Moving into the second half of the concert the girls came out with new outfits, armed and ready with a classic Morning Musume. medley of their most popular hits from the past. They sang hte updated versions of “Souda! We’re ALIVE”, “LOVE Machine”, “The Peace!”, “Renai Revolution 21” and “Go Girl〜Koi no Victory”, breathing new life into the old songs. Morning Musume.’s legacy shone brilliantly in these performances, and fans cheered tirelessly. They cycled through fan favorites, including “Moonlight night〜Tsukiyo no Ban Dayo” and “What is LOVE?”.

At the end of this walk down memory lane, the members left the stage and fans quickly took over the venue with their booming encore calls for the graduating Iikubo. The concert hill was gloriously filled from corner to corner with yellow, as everyone waited for tonight’s star to come back. 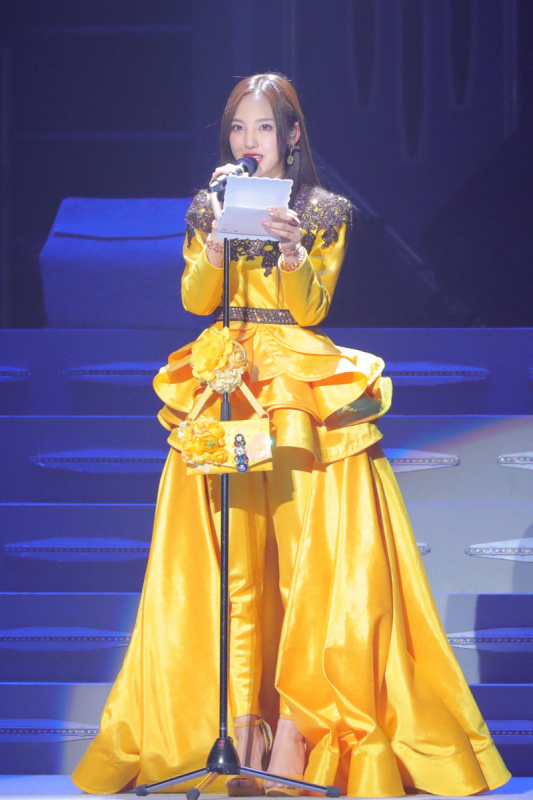 When Iikubo returned to the stage, the fans gave a resounding cheer as she walked out in a magnificant honey yellow dress. Ever the fashionista, her graduation outfit included a sleek pair of pants underneath the flowing dress. Iikubo read out her letter to the fans, thanking them for the support she had received throughout her time in the group. 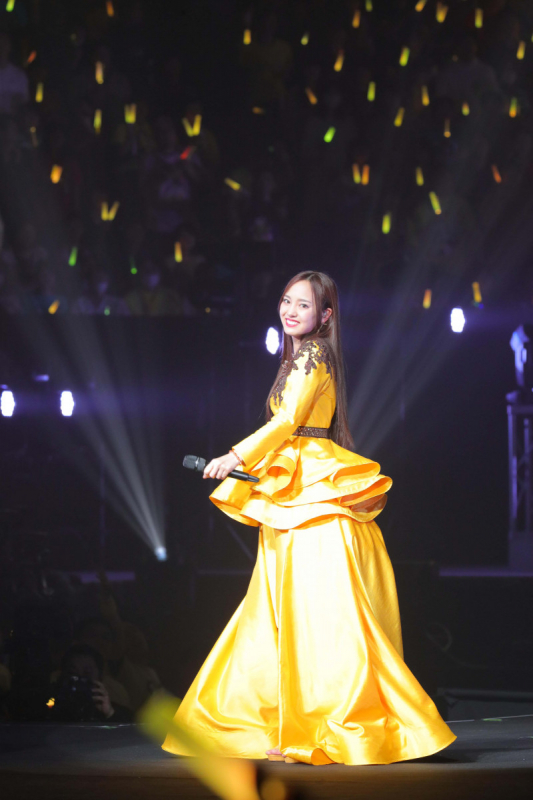 She gave her last solo performance, singing “Koi ING” before the audience. It was an emotional part, allowing fans to fully appreciate how far Iikubo had come since her inexperienced days at the time of her debut. 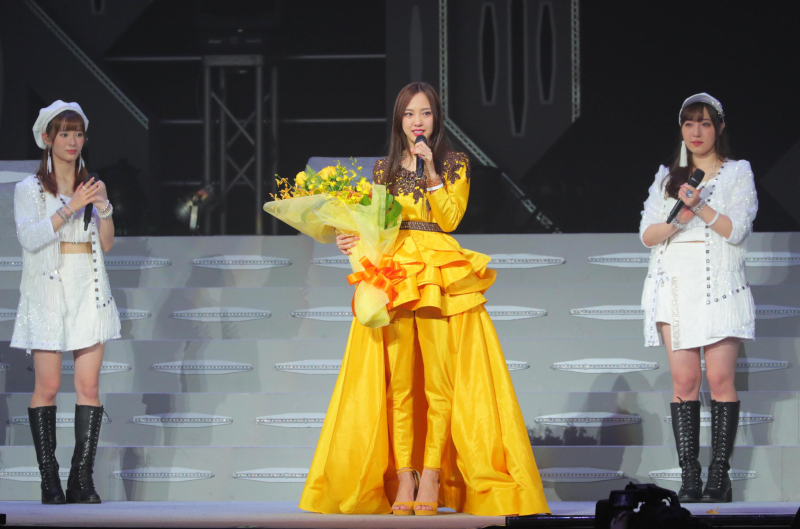 Her fellow members joined her once more on stage, each member delivering a personal message to their Iikubo. Tears were shed and hugs were shared, as the fans watched over the heartwarming exchange. It was a testament to Iikubo’s impact on the group.

The concert revved up for the final launch—it was not the end, but simply a launchpad to Iikubo’s future. The group gave their all in the last spurt, delivering a powerful finish with “One Two Three” and “Wagamama Ki no Mama Ai no Joke”. Up till the very end they fired up the audience, bursting with the highest of energy in a final flourish as the 12-member lineup.

With that Iikubo safely concluded her journey in Morning Musume, and set off for her next adventure with the fuel of everyone’s support. 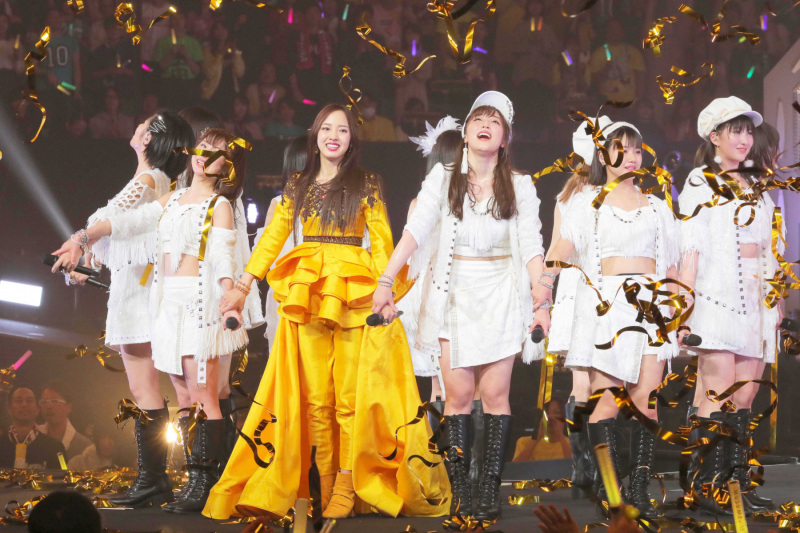 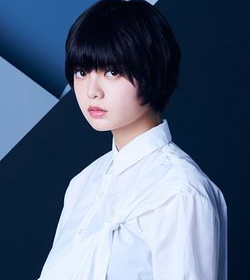 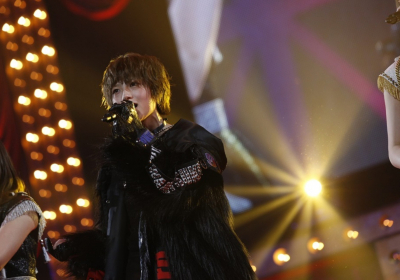 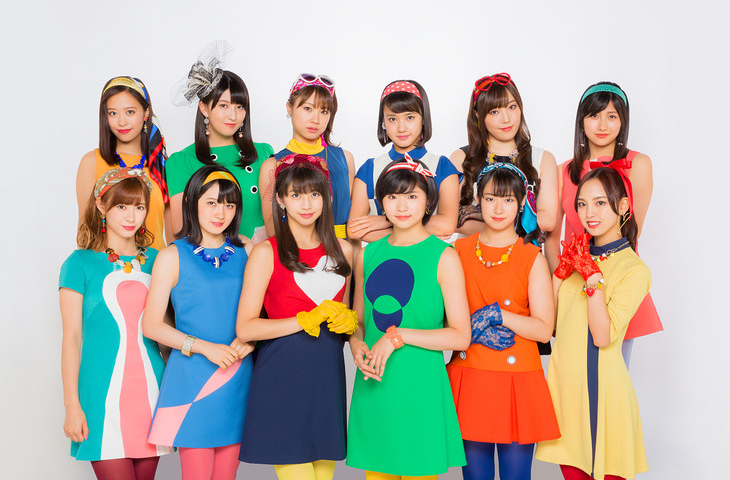