Eat As Much As You Like And Smile! “Pocchari” Is The New Sexy

We all have the best look to feel the best about ourselves. Even we are try to convince ourselves that, we are still haunted by the standard of beauty from the runway models, fashion magazines, and TV celebrities. But the spring of 2015, there has been the important decision made amongst the House of Representatives in France, to restrict the low BMI fashion models. This was a significant change to be decided at the fashion capital of the world, that runway models are a big influencer to the young females in the world to achieve to be like them as the most beautiful figure to be admired in the world. Because of that, there have been endless problems of young females to be in extreme diet and to be underweight, even threatening their health. So, it is good see in recent fashion weeks, there are more collections that includes “plus-size models” in the runway as well.

And Japan is no exception to this problem. Recently, it has been presented that the Japanese female’s average calorie intakes has become the lowest since the statistics have been taken; even lower than the people who have suffered hunger after the war in Japan. There were many opinions saying that “Japanese young girls are too skinny” from the other parts of the world, and with that news, it was shocking from the Japanese people as well.

But rather than health organizations and government warning the citizens to eat healthy, there are more supporting voices from the males that it’s too bad that Japanese girls are too skinny, or “gari gari” because is not really attractive. Not fat or “debu” in Japanese slang, “pocchari” has always had a stable fan-base and it has gradually grown popularity within Japanese men. The softness of the female bodyline and the scene of girls eating healthy, grabs many men’s hearts in Japan too.

Also recently, it has been more gradual popularity and acceptance to the Japanese women that “pocchari” is sexier to be as well. “Pocchari” is a difficult criteria to describe. This might be closer to “chubby” but also includes “curvy” and “soft” quality. The term is usually used more with men, more to relate with sexiness. But, recently, there has been an alternate term that came about for women to use, and it is “mashumaro joshi.” Directly translated to “marshmallow girls,” but the concept behind the term is that the girls who are 1. Soft and round silluette 2. White, smooth skin 3. Sweet taste of clothes. This “mashumaro joshi” also became stable, since it sounds cuter than “pocchari.”

This trend could have been from the effort of gravure idols that has been on the cover of the monthly manga magazines, that “gari gari” is not the sexy. (Learn more in detail about the “gravure idols” from our popular editorial series by the professional idol writer!: http://tokyogirlsupdate.com/gravure-idols-part1-20151063255.html)

Sayaka Isoyama, who has been always the best “pocha-mote” (pocchari attractive) gravure idol since her debut and Ai Shinozaki, has now taken place of ideal “pocchari” gravure idol popularity to both male and female in Japan.

(Catch up to learn more in detail about Ai Shinozaki from special Pedia article!: http://tokyogirlsupdate.com/ai-shinozaki-info-20150857139.html)

She always has been optimistic of how she looks and supportive to the girls who have loses her confidence because of her size. Naomi Watanabe opened the doors to these “pocchari” girls to enjoy fashion as well. This was through her own experience of having a difficult time to find cute clothing in her size and her action really gave the Japanese “pocchari” girls more confident. In “la farfa,” not just Naomi Watanabe, but also Kayo Noro, ex-AKB48 and SDN48 member, has become the promising cover model for the magazine. 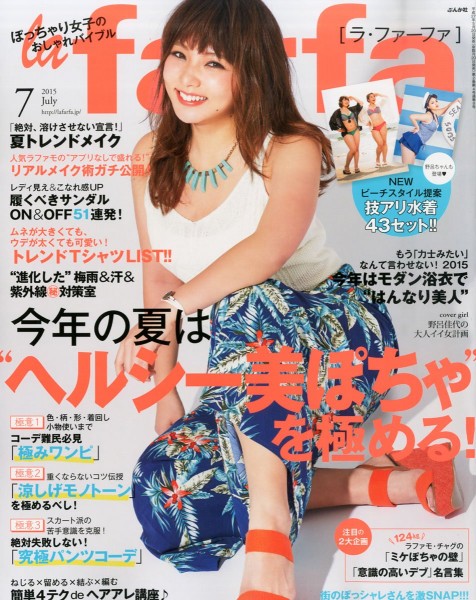 Not just television celebrities, Asami Miura, television news caster on Nihon Television is rising to be the most lovable female television caster ranking, as a “pocchari” television caster. She has captured the audiences’ hearts with her natural positive attitude to eat food deliciously and healthy on day-time programs.

There are more voices from females saying that these “pocchari” females are very attractive. According to their style as well, many people describe them both cute and sexy.

And most recently, there have been the new magazine launched to dedicate to the “pocchari” men as well, “Mr. Babe.”

The magazine targets to men from the 30s who are considered to be “pocchari.” There are high increase in Japanese men in the 30s who have over BMI of 25, which is the obese line (according to the Japan’s Ministry of Health, Labor, and Welfare). And according to the magazine, there are also increase in number of women who likes “pocchari” men as well. So, within these increasing statistical graphs, the magazine was published encourage these “pocchari” men to enjoy fashion and life.

It’s been a positive steps within these years about these standards of beauty becoming more fluid and tolerant where everyone can participate and enjoy fashion. And in Japan, we are glad to see that there is more positive support from the public and media, no matter the size you are. Because, as Meghan Trainor also sings it, “Every inch of you is perfect from the bottom to the top.” 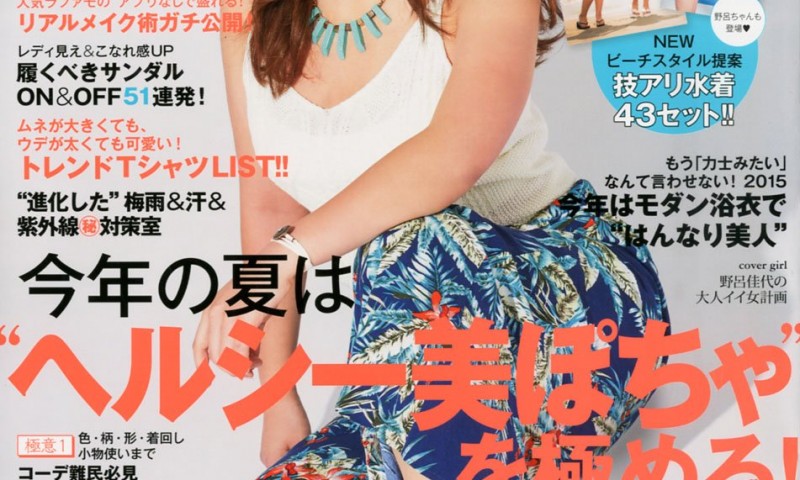 Kayo Noro, ex-AKB48 and ex-SDN48 Member, Now On The Cover Of Magazine for Chubby-Type Female “la ...