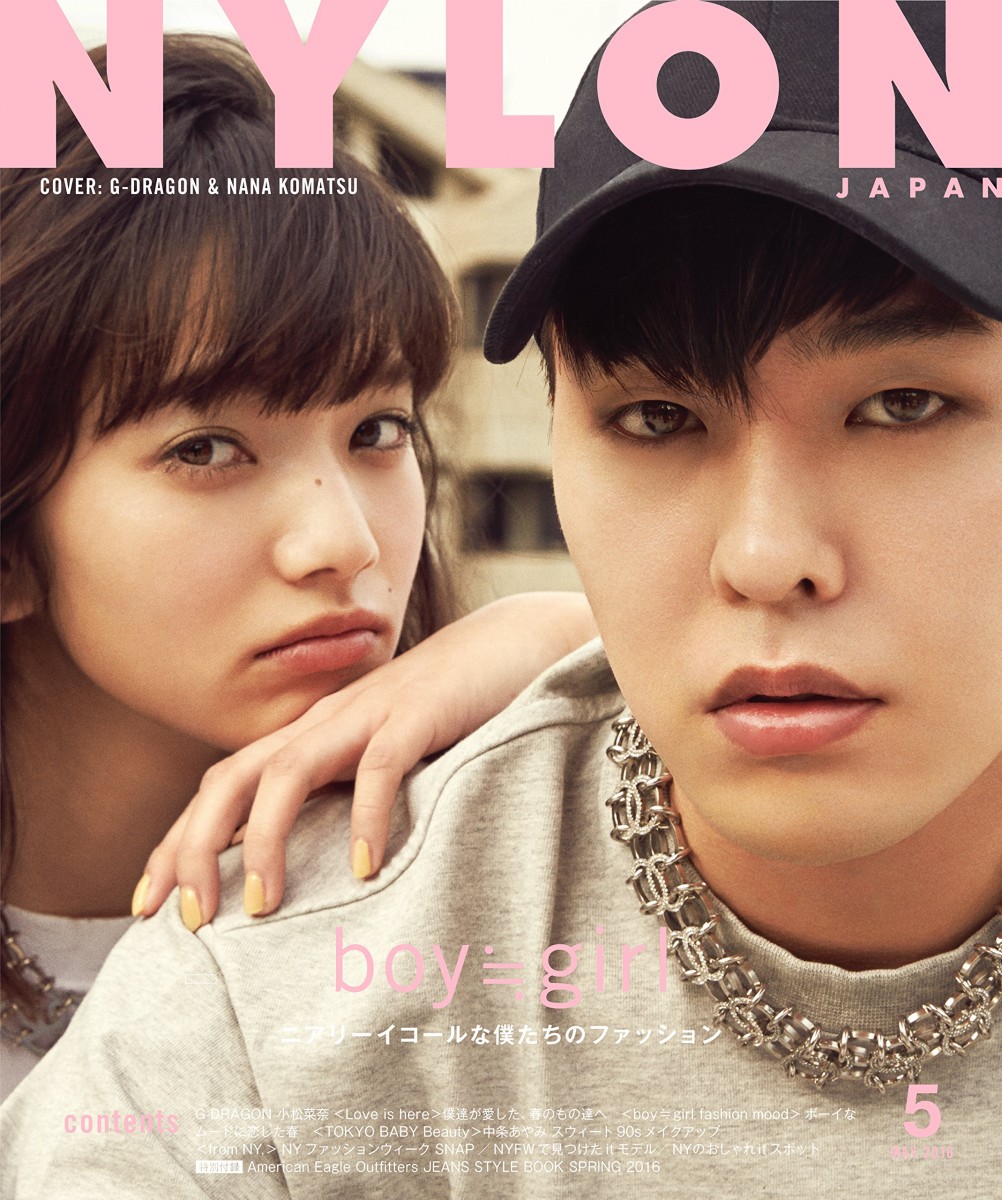 Why is “no gender” trend more accepting in Japan?

It is still questionable that there is more “no gender” male models in Japan, and there are many of the newcomers of these kinds of males becoming more popular than before.

In the previous article, I have mentioned about Usuke Devil, the “no gender” instagrammer who is also popular to the younger demographics, as well as popular to the other countries. His very androgynous looking not only look the best on Instagram, but very much so on TV shows as well. When he has explained to the other casts in the show that he puts selfies as he wake up, many of the older generations were surprised by his action.

One of the upcoming newcomer Yutaro, is becoming popular amongst the female teenagers. He is also currently working as a staff at vintage clothing shop in Osaka, and now became a new type tarento. He has become popular when the late night television show interviewed him in Harajuku as one of the new trends, and from this coverage, he became the heartbreaker for many of the female viewers watching the show. Now, Yutaro is on variety shows and he explains to the casts that he likes to take care of his skin very carefully, and has many beauty products for his maintenance.

The lifestyle of these “no gender” models seem to be more feminine, and because they put effort in to this, they have achieve to have the identity as “no gender.” Many of the female fans admire to these “no gender” icons like “So much cuter than girls,” or “I want to reincarnate to him.”

Surely, “no gender” sensations like Yutaro or Usuke Devil are still, somehow weird or strange to the older demographics, but as I analyze, it is somehow understandable in the current generation we live in.

Japan has the long history of “beautiful boy groups” from the Johnny’s Entertainment and still at it’s utmost power in Japan’s entertainment industry. Because of its long history, they also have a long line of female fans across the generations. Also, as there are more of those fans accepting the prince-like males, it could be a natural evolution for young men to be like prince-charming through that entertainment culture. 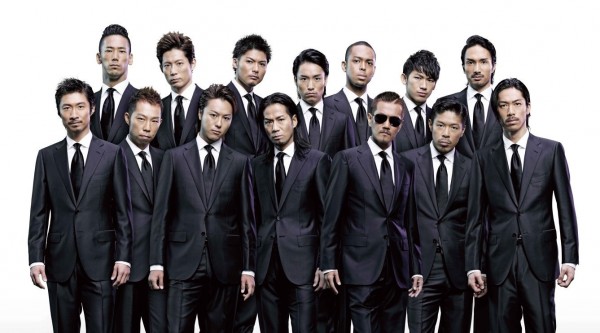 Another aspect is that this could be the counter-part of the typical “male” expectations. Recently, the popularity of the performance group, EXILE, and its sub-groups like Third Generation J Soul Brothers are rising to their popularity. The images of these groups are unlike the Johnny’s Entertainment groups, are very macho, and tanned skins. And their philosophy is more leaned to hard-work effort being the more “physical” type of male. Because of this masculine, macho image has grown to its power, it seems as though the “no gender” or the androgynous type males came up as the antithesis of that typical male stereotype. Especially when this is the time period where the choices are flooded to us, it seems that being “no gender” is one of it’s stemmed out choices that we can have as an alternative.

What about female “no gender” icons?

There are more popular male, female-like “no gender” models than of female male-like “no gender” models in Japan. Still, the popular rather prefer the female celebrities or idols to be more cute or pretty rather than androgynous. But still, there are possibilities for females to be “no gender” icons. For example, in Japan, there is a traditional Takarazuka Revenue that is popular amongst the Japanese female. Takarazuka Revenue is played out by all female actresses, even the male roles. 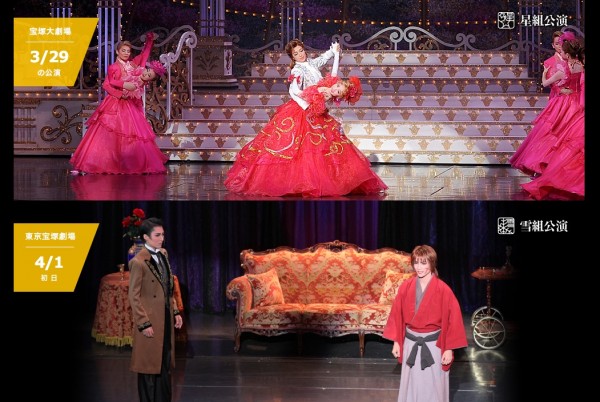 In the case of Takarazuka Revenue, again, there are more female-based fans than of males, like the “no gender” models’ fans are. So this might be the natural way of having more teenage females liking more “no gender” trend and may have the possibility for females to achieve to be “no gender” as well.

Also, there was a fair-haired AKB48 member name, Kaoru Mitsumune, who is currently working as a model, tarento, and artist, who may also be considered to be a “no gender” icon now.

She was a member of AKB48 from 2011 to 2012, and she was called “Kaworu-kun” by Mayuyu and Paruru, like the Kaworu Nagisa from the Neon Genesis Evangelion series. Her tall, skinny height and her short-cut hair with big, sharp eyes were somehow like the male anime character, and maybe of Takarazuka Revenue actress as well. She wasn’t really the cute idol type of girl, but she is now successful being a model and an artist, which seems that she really fits in to the current “no gender” trend as well.

We also have come to realize that the latest issue of the fashion magazine, NYLON is somehow, have the “no gender” vibe to it, saying “boy≒girl”. The cover-girl with G-DRAGON from THE BIG BANG, is Nana Komatsu, the upcoming actress who is casted in many of movies ever since her cinema debut in 2014. 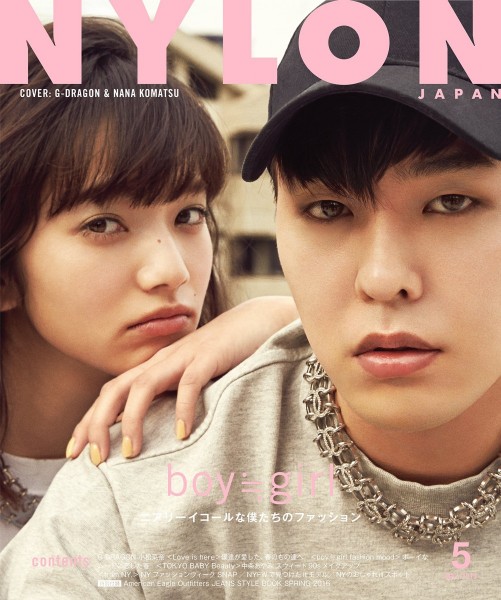 Not only she is pretty, she also has the distinctive, mysterious look that many people admire of.

Nana Komatsu was also said to be looking very much alike with the new talented actor, Shota Sometani, they would make a great twin role. Therefore, she really gets in to non-typical female form, and really has the potential as being male-like or not.

The world has given us more choices and opportunities to be more experimental and fluid to what we want to be, and “no gender” wave is may be one of those choices to be playful in us. We can now challenge the gender norms, but just need a little courage to nudge us in. So, how about giving it a try? 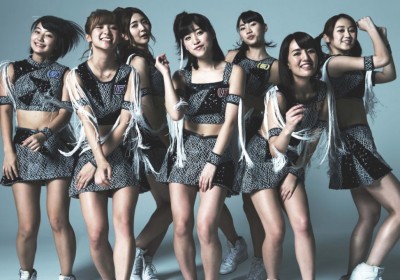 People of Earth, UPUPGIRLS (KARI) Have Come to Get Down in the MV for “Party People Alien”!