The members of Momoiro Clover Z held three solo concerts and one unit concert in 2016, and the release of the DVDs and Blu-rays of the concerts is finally announced!

Kanako Momota and Shiori Tamai held a unit concert “Momotamai Kon” on September 4th 2016 as a unit “Momo Tamai”. All the concerts achieved stunning success, but a lot of the fans could not witness the successes firsthand due to the capacity of the venue. After the huge anticipation, the release of DVD and Blu-ray of the 4 titles of concert is announced during the live concert “Momoclo Haru no Ichidaiji 2017 in Fujimi city”.

From May 2017 to August 2017, the DVD/Blu-ray will be released every month. Here are the dates of the release.

Special website for the release is opened now, and you can pre-purchase on the website. Furthermore, if you are a member of their official fan club “ANGEL EYES”, you can order “Special Package Edition” of the 4 concerts with limited privilege of Special DVD/Blu-ray on STARDUST SHOPPERS’s website. Check them now! 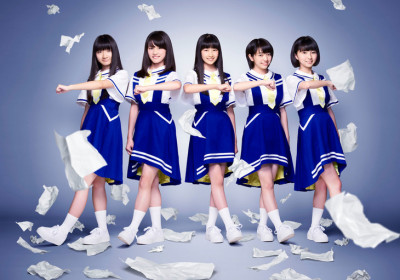 ROCK A JAPONICA Run Towards Their Dreams in the MV for “Tambourine, Rinrin”!