Promised to Continue to Illustrate Fantasy! Kyary Pamyu Pamyu Successfully Completed Her Arena Tour for Her Largest Audience of 90,000 Fans 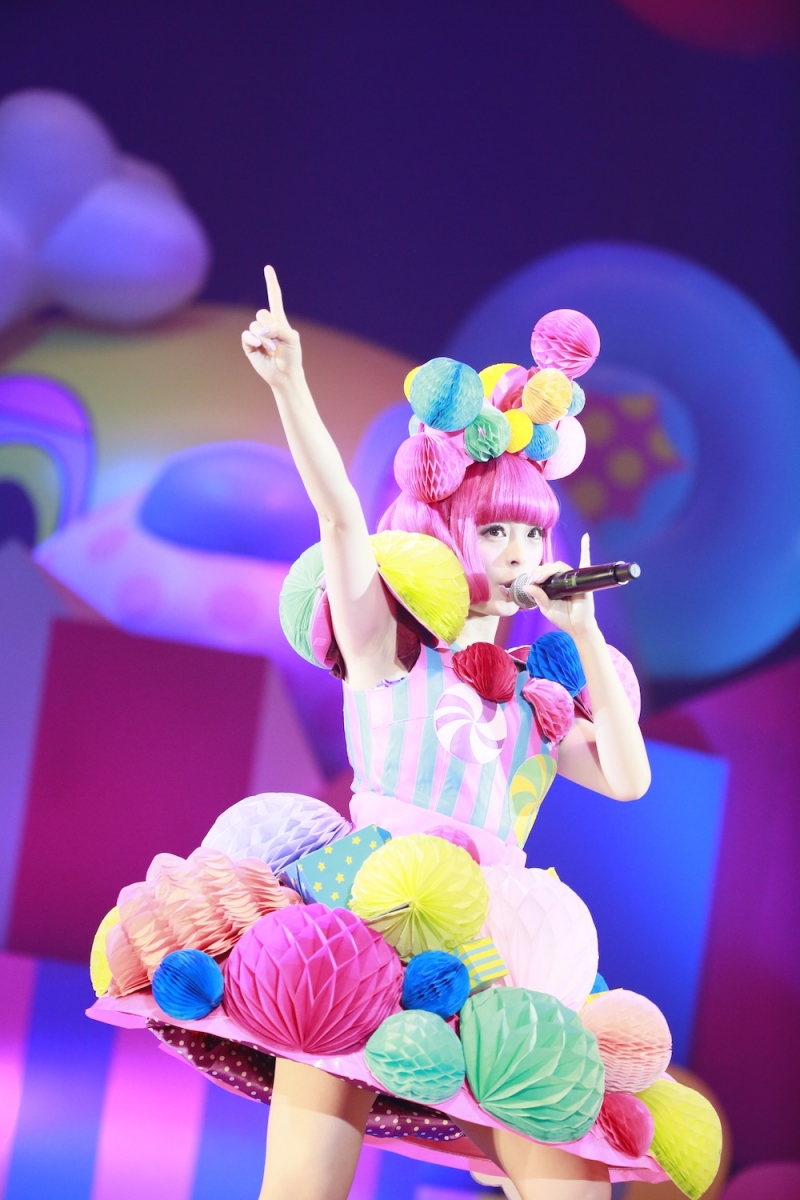 Just as the tour’s name implies, the concept of the set was a colorful toy box. As a present box hanging overhead lowers, Kyary Pamyu Pamyu wearing a Marie Antoinette inspired outfit appears and starts the concert with “Mottai Night Land.” 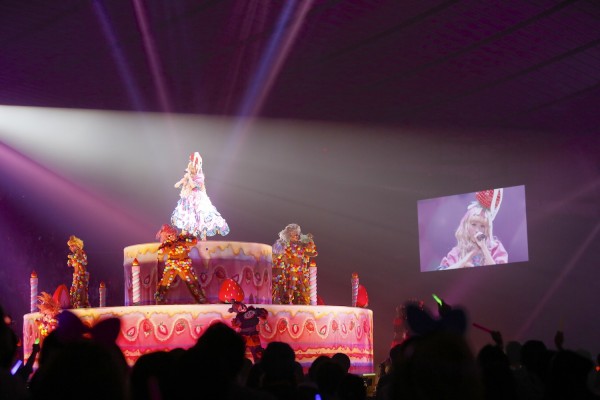 She said, “Hello Tokyo! This tour was inspired by my favorite colors and toy box. I debuted at 18 years old with ‘PONPONPON’, and I want to show you that pop, psychedelic, grotesque world from that time!”

From her first album, Pamyu Pamyu Revolution, she performed a medley of “Cherry BON BON”, “Suki Sugite Kiresou”, and “jelly”. Trampolines were set on the stage where two characters, Jumpy and Rappy, performed trampoline acrobatics to entertain the audience even more. 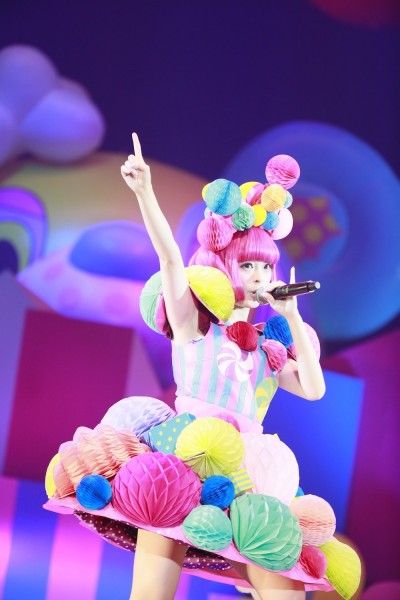 In the middle of “Mi,” a large bear hidden in the middle of the stage bared its fangs and started howling. The stage was surrounded by fire and the atmosphere quickly changed. As the intro of “Kira Kira Killer” played, the center stage transformed into a large cake and Kyary with a strawberry headpiece emerged. The pink and green lace asymmetrical dress came from Kyary’s idea to sing on the top of a cake. In the second half of “Kira Kira Killer,” Kyary took out a ray gun from the strawberry and defeated the bear. She finished the main set with “Minna no Uta,” “Family Party,” and “Explorer,” a song from the point of view of a young boy on a voyage in his dream.

During the encore, she wore a tour shirt and bear ears (for the bear who was a main character during the show). Kyary expressed her gratitude towards the audience, “Today is the last day of the arena tour. I was really touched. It’s been three years since my debut, but I was really worried about filling up an arena for two days. Thank you, from the young children to the adults, for coming together,” she said with tears of joy. She had a runway built for the stage so she could be closer to the audience. 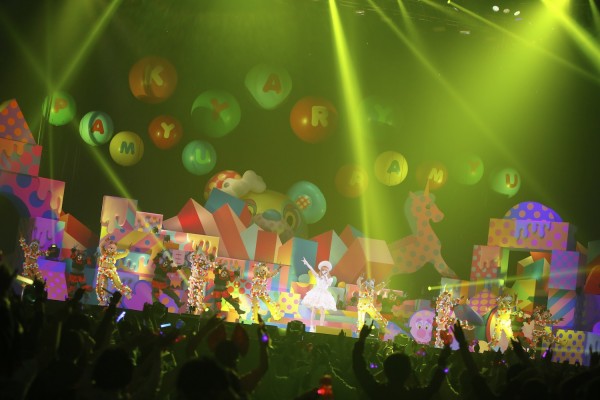 After performing “CANDY CANDY” and “Chan Chaka Chan Chan” during the encore, she made a promise in front of 10,000 fans to “continue to illustrate a world of fantasy to move and impress more people” and her 2 hour long fantasy world came to a close for a total of 23 songs. A recording of this concert will be on air on December 21 (Sunday) at 21:00 on WOWOW. 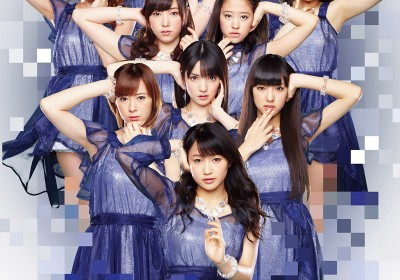 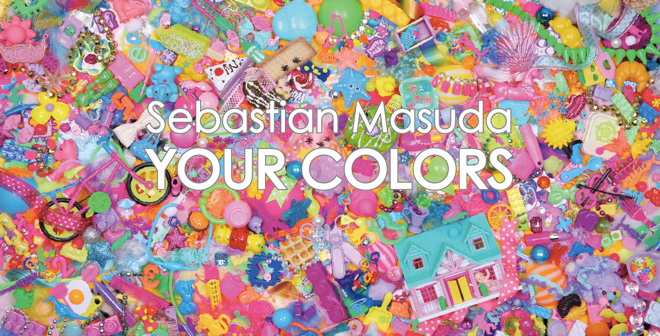 Dive Into the Colorful World of Sebastian Masuda at “YOUR COLORS” Exhibition! 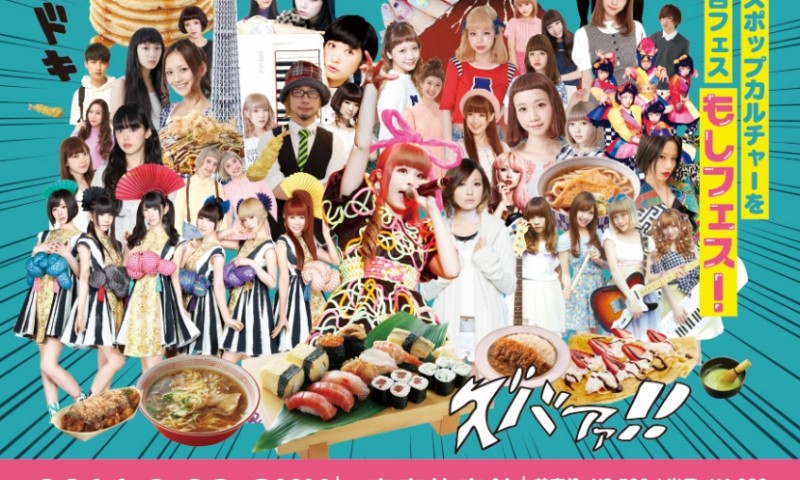 All Japanese Pop Culture Are Here! “MOSHI MOSHI NIPPON Festival 2014” to Be Held in This Septemb...