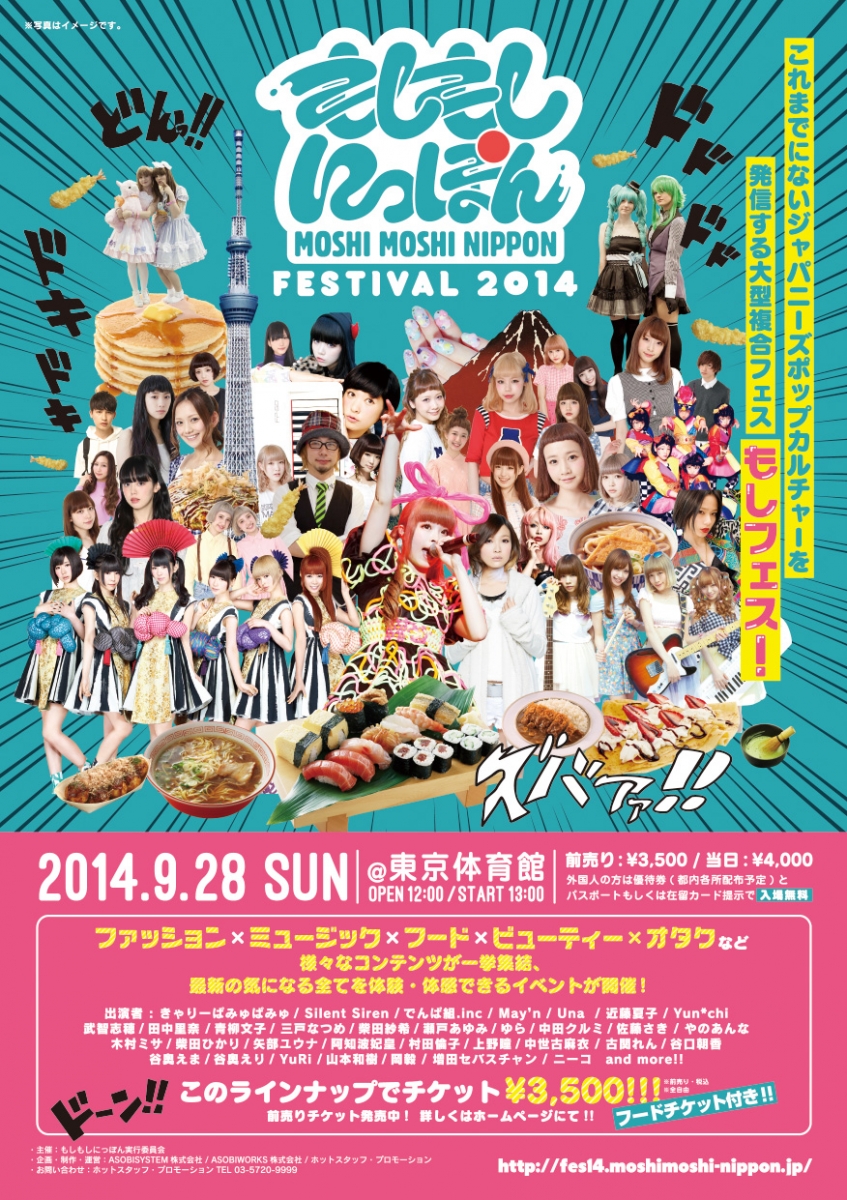 MOSHI MOSHI NIPPON Festival 2014, an event that covers every Japanese pop culture taken place in September 28, has announced additional performers! In addition to the first announced artists such as Kyaru Pamyu Pamyu, Dempagumi.inc, Silent Siren, and other Harajuku fashion models, for this time, it turned out that so many popular idols and singers will join this event, such as SUPER☆GiRLS, Cheeky Parade, DIANNA☆SWEET, GALETTe*, Niji No Conquistador, Shiho Namba, Yunchi*, and more!

The remarkable point is that this event has various contents beside live concert by performers, such as beauty, fashion, food, and otaku cultures. According to the newly revealed information, there will be a booth for Japanese festival food like Takoyaki or Yakisoba, and games at the stands that usually could be seen at Japanese summer festival.

They already have dazzling selection of artists and contents, however, more additional information will be released soon. You can experience Japanese pop culture deeply in one day if you come this event!

What is MOSHI MOSHI NIPPON?
MOSHI MOSHI NIPPON is a project to promote Japanese pop culture in fashion, music, anime, and food. They have launched services that help foreigners to sightseeing and working in Japan as well. They aim to promote Japanese pop culture mainly by promoting events both inside and out Japan, and using multi medias.
Official Website: http://moshimoshi-nippon.jp/

◆Fee
Advance :￥3,500 ( including 1 food coupon and tax)
*Foreigners can participate for free by invitation and ID (passport or residence card). Invitation tickets will be provided in some place in Tokyo