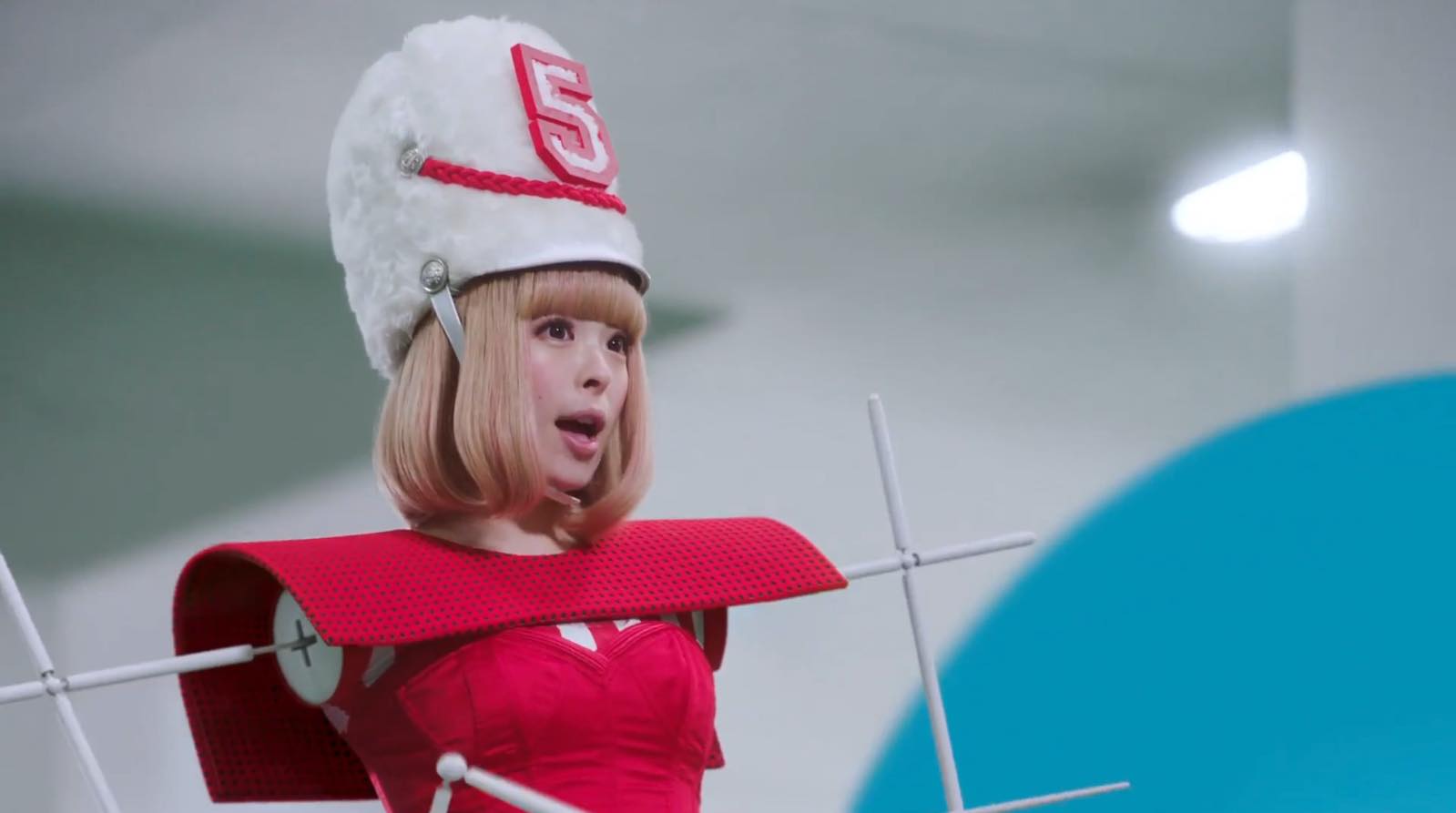 Kyary Pamyu Pamyu continues to expand on the boundaries of what’s possible in the MV for her 12th single “Sai & Co” (release date: April 20)!

The full-length MV delivers on the promise of surrealism as tiny people in gold diving suits and dancing with festive paper lanterns dance around Kyary as astronauts float in from the portals. Things take a dark turn when the gold divers die suddenly and a tiny astronaut trips, destroying the plate of hiyakko (chilled tofu) that they were carrying. A new wave of tiny blue people show up, this time wearing conical Asian hats and accompanied by larger blue divers and armored knights. Meanwhile, airplanes fly right into the ceiling (which is also a portal). A large red knife is stuck into Kyary’s dress, propelling her across the room like Pop-Up Pirate (Kurohige Kiki Ippatsu). Crashing into a pile of boxes, she just narrowly misses being crushed by a giant pink donut covered in sprinkles. Emerging with ash grey hair and a new Chinese-style outfit, she dances on a platform that looks like the top of a ramen bowl, accompanied by 2 human-sized blue dancers and abnormally large anthropomorphic strawberries with chicken feet as the pink donut rolls ominously in the background. The tiny “people” sink into the floor and Kyary disappears, leaving the platforms with steam rising from them. With an extensive list of collaborators behind the production of the MV for “Sai & Co”, it’s unfortunate that there isn’t a 4K version of it, especially considering that “Oshiete Dance Floor” from her 11th single “Crazy Party Night〜Pumpkin no Gyakushuu〜” was used as a commercial song for SHARP’s AQUOS 4K televisions.

“Sai & Co” will be released in a CD/DVD version and a CD version. The DVD includes 8 songs from KYARY PAMYUPAMYU JAPAN HALL TOUR「Crazy Party Night 2015」: “No No No”, “CANDY CANDY”,
“Cherry Bonbon”, “Kira Kira Killer”, “Koi Koi Koi”, “Mottai-Nightland”, “Crazy Party Night -Pumpkin no Gyakushuu-“, and “Mondai Girl”. Both versions include the coupling song which is titled “Cosmetic Coaster” as well as an extended remix of “Mondai Girl”. Those who purchase the single together with her new album “KPP BEST” which also goes on sale April 20th will be able to apply for a chance to win either Prize A which entitles them to meet and spend time with Kyary or Prize B which is a backstage tour during Kyary’s “KPP 5iVE YEARS MONSTER WORLD TOUR” on both August 19 and 20 at Nippon Budokan and will be awarded to 10 groups (for a total of 20 fans). 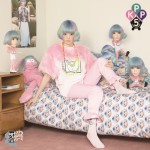 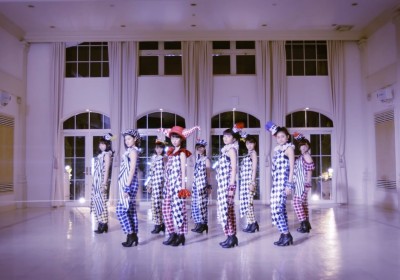 Fukuoka Heartbreak: ANGERME Look Back on the Past in the MV for “Itoshima Distance”