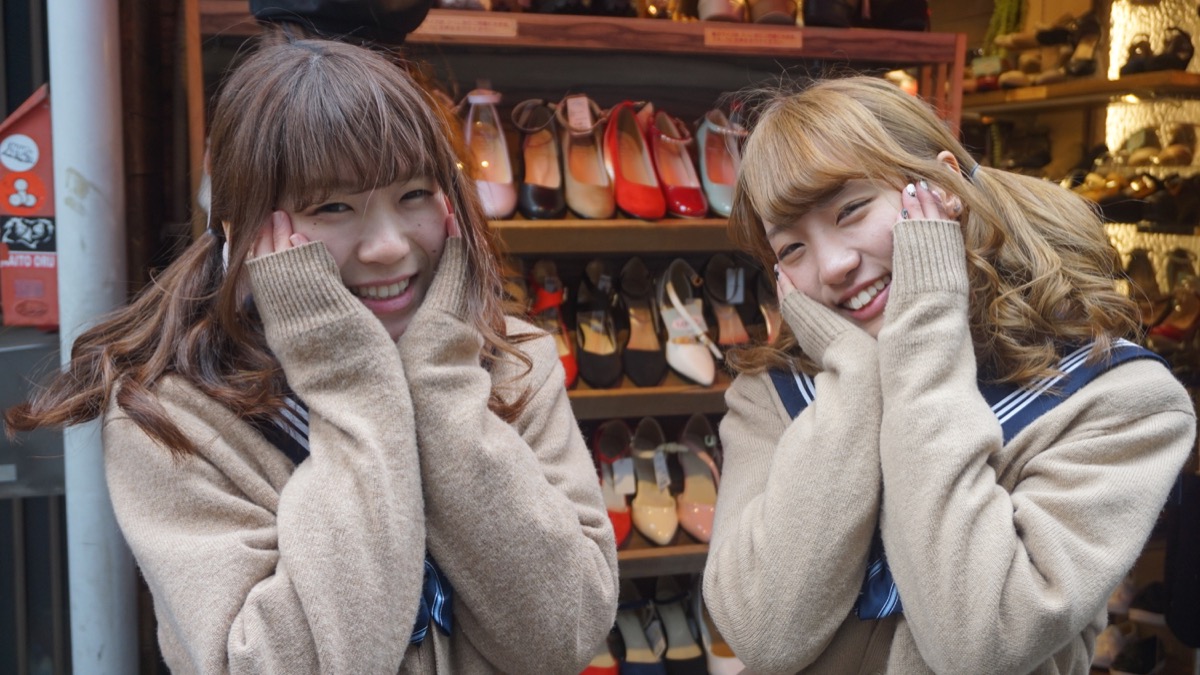 I’m aware that the title probably sounds like something some idol group out there has written lyrics about, but recently I’ve had a realization that I can’t help but keep coming back to. For instance, 20 years ago, Tare Panda was an irresistibly kawaii (cute) and popular character, but where did it go? Is Hello Kitty still considered cute? Do Japanese people really think that the same things considered popular and “kawaii” abroad are cute, too? When I think about things like this, it really seems like my head might explode. Maybe you could call it the “kawaii” Gestaltzerfall phenomenon (where the longer you look at something, the more it starts to look strange and unfamiliar). At the very least, I’d like to find out what exactly the true from of the current state of “kawaii” is.

In order to do that, I decided to conduct a little research on the true state of “kawaii” at its holy land, Harajuku. The subjects of my research were high school girls walking around Harajuku’s Takeshita Street, aged 18 years old or younger, and there were 21 participants in total. I showed each of them older and newer cute characters, and asked them which one they thought was more “kawaii”. What do Japanese high school girls think is the “real” kawaii?! 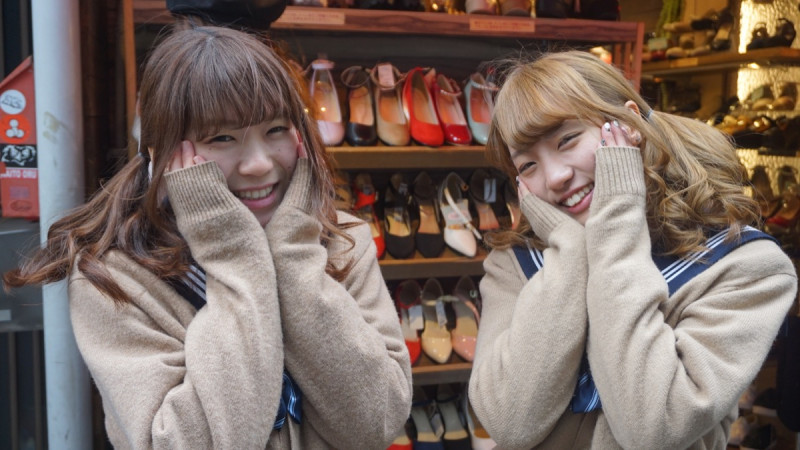 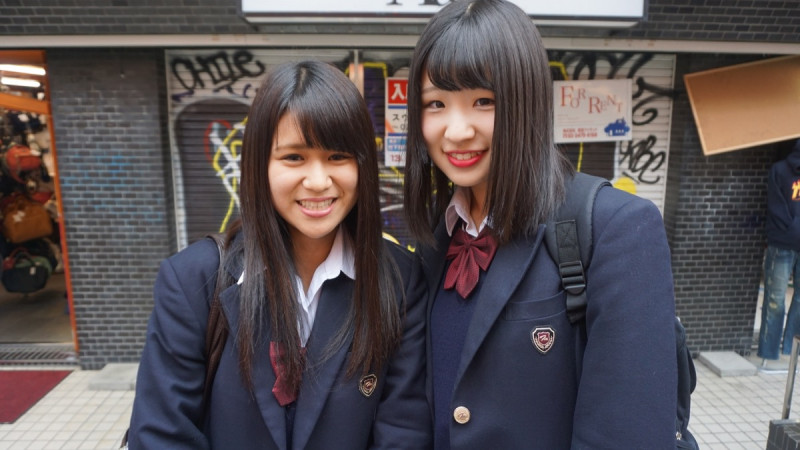 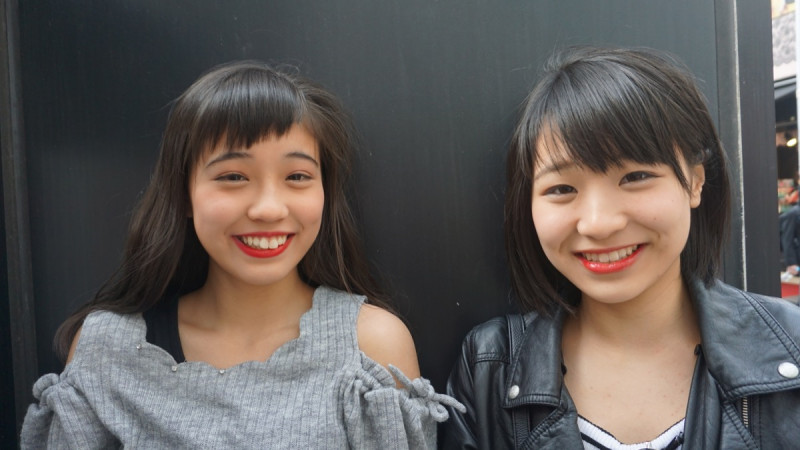 The first round was a showdown of two of Japan’s biggest “kawaii” mascots, which are also popular overseas! The first, considered to be “Sanrio’s miracle”, was created in 1974 and then exploded in popularity, where it now rakes in an estimated 400 billion yen in total product sales worldwide. This character is none other than Hello Kitty, the original “kawaii” character. Hello Kitty’s challenger comes from the video game Pocket Monsters, a video game released in 1996, which dominated a whole generation both within Japan and abroad. This character, Pikachu, is so “kawaii” that it’ll make you wonder how something can possibly look that cute, and Pikachu continues to win children’s hearts all over the world. In this top two Japanese “kawaii” character showdown, Kitty-chan won 17 votes, and Pikachu 4! It looks like “Sanrio’s miracle” is still going strong! 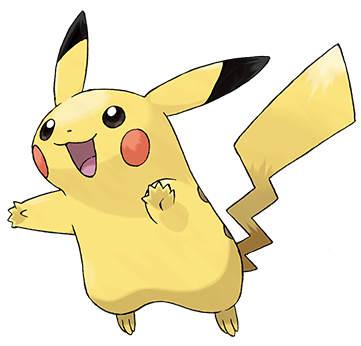 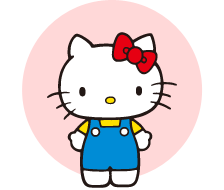 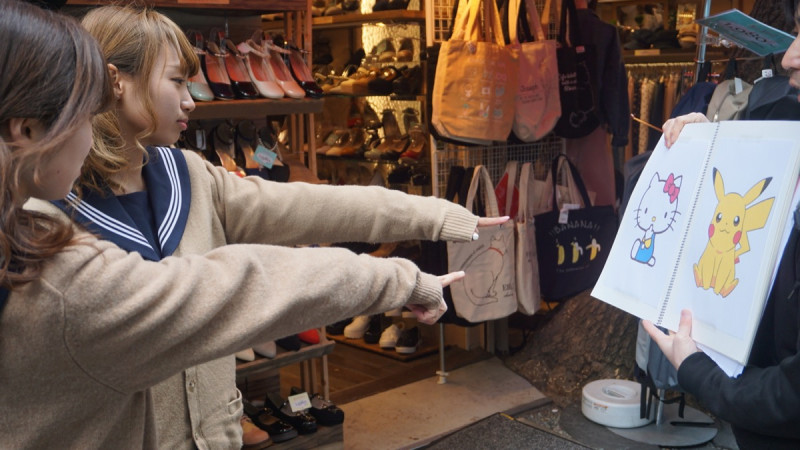 When I asked their reasons for picking Kitty-chan, respondents told me things like, “Kitty-chan’s been with me since I was little”, “My mother bought me a Kitty-chan lunchbox and bedding set, so she feels really familiar to me”, and “I just really love her! She’s so cute!” Many emphatically reassured me that this 40-year old kawaii character is still very much “kawaii”! This must be “Sanrio’s miracle”. They were able to produce a character that hasn’t faded in cuteness, even after 40 years. I take my hat off to you, Sanrio!

On Pikachu’s side were comments such as, “I’ve been playing Pokemon for along time, so I feel a bond with it” and “Recently Pokemon GO has become popular again”, however others said that Pikachu was too “boyish”, “I’m not overly familiar with it because I don’t play games”, or “I only care about Piplup (a penguin-like character from the series)”. As you can see, there was a bit of controversy going on. Even the most recent series of Pokemon, which became a huge hit all over the world, was no match for Sanrio…

For the next round of “new vs. old”, I picked Hatsune Miku and Sailor Moon and asked which one they thought was more “kawaii”. The results for this one were also pretty overwhelming. There were two votes for Hakune Miku, and 19 for Sailor Moon. For Hatsune Miku, a few respondents said, “I like her image colors” or “I like her now”, but most girls responded by saying, “She seems kind of otaku-ish…” It seems to some extent that high school girls’ culture and otaku culture are still at odds with each one another. 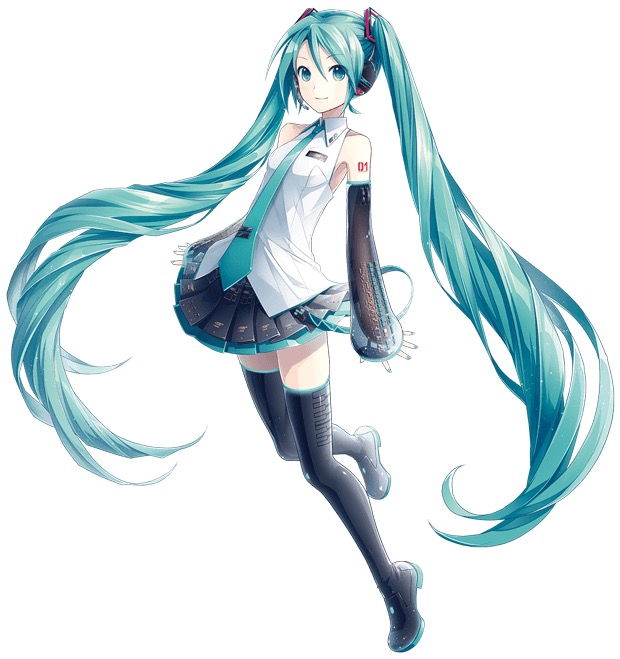 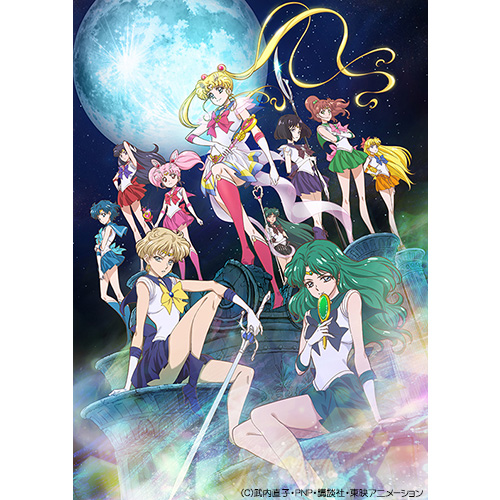 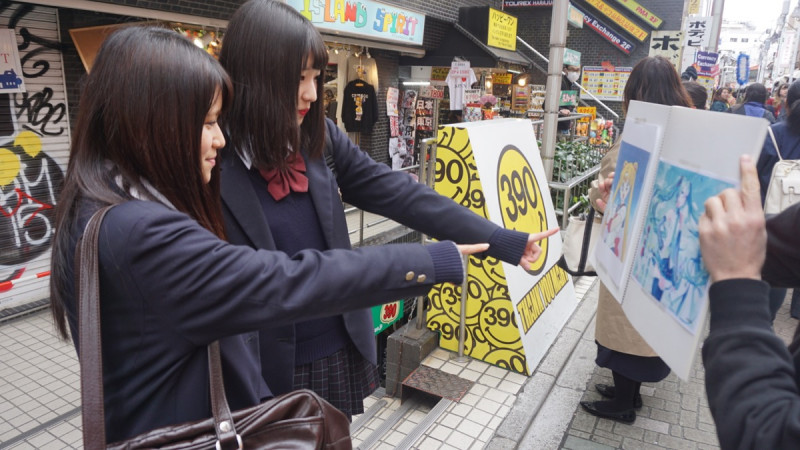 On the other hand, with Sailor Moon, girls answered that, “I feel more familiar with her because I watched the anime” or “Recently people tend to think that older anime are cute” and “Sailor Moon’s drawing style is cute”. I could see, like with Hello Kitty, things that girls are familiar with are considered “kawaii”, and perhaps because they were a part of girls’ culture before.

Continuing on, I decided to put some of the “weaker mascots” (yurukyara) and grotesquely cute characters, from some of the slightly stranger “kawaii” series that the appeared from the millennium onwards, head to head. For this battle I put the fresh style design and salmon slice-bodied KIRIMI-chan, who became a hit a couple of years back, against Gloomy Bear, the adorable pink bear that, for whatever reason, was always coughing up blood. So which one did high school girls find more “kawaii”? With 12 votes, it was none other than… KIRIMI-chan! With 6 votes for Gloomy Bear and 3 undecided, KIRIMI-chan was the clear winner! 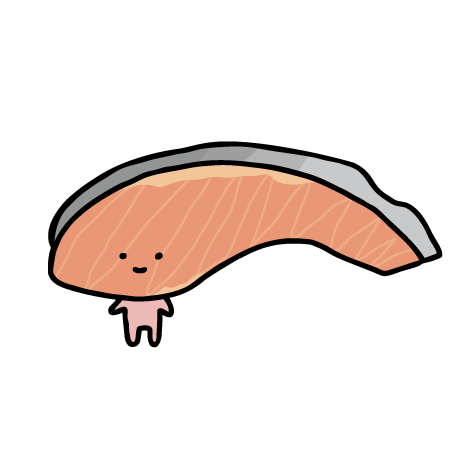 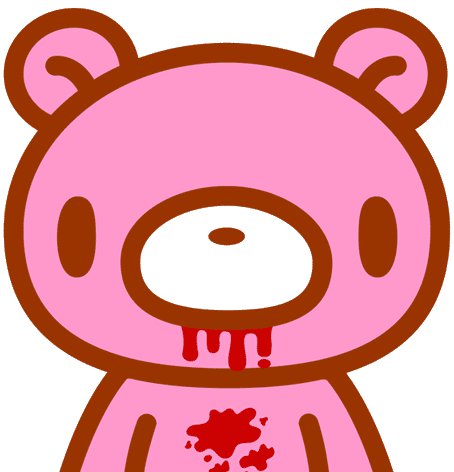 …The reason why, however, seems difficult. Towards KIRIMI-chan, there were responses such as, “It’s lighter design is good, but a cut of salmon doesn’t make for interesting goods” or “although it’s fun, I wouldn’t call it cute exactly”, so it’s apparent there were some mixed thoughts about it. As for Gloomy Bear, some said, “The pink bear part is cute, but I don’t know about the blood…” or replied harshly that, “It seems like the kind of character people that want to say, ‘Look at how different I am!’ would carry.” Apparently it was difficult to label these curveball-like characters “kawaii”.

Up until now I’d asked respondents to give their opinions on characters, but I decided to change things up a little and ask about idols instead. I asked the girls which group they preferred- AKB48, Nogizaka46, or Keyakizaka46. The group that got the most votes was also the newest, Keyakizaka46. Among the reasons why, many included, “Out of the three groups they seem closer to us” and “I like that they aren’t over the top and seem more mature”. Coincidentally, there were a few girls that happened to be fans of Yurina Hirate. The youngest member and the center girl, Hirate’s hold doesn’t appear to be softening any! 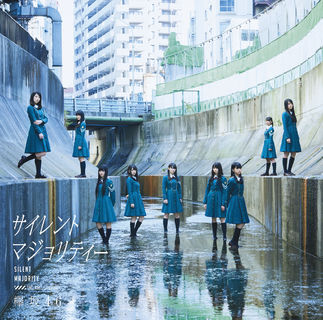 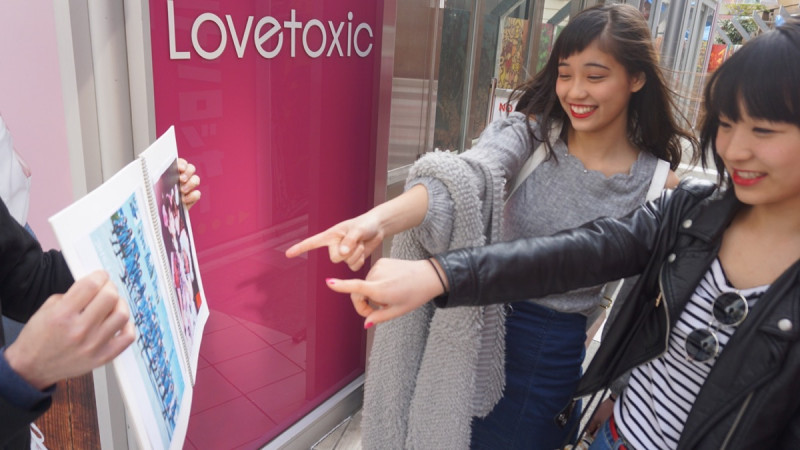 After Keyakizaka46, Nogizaka46 got the highest number of votes, with many girls commenting that, “Although they appear innocent and cute, they also have a cool side to them” and ”They possess a kind of coolness that other idols don’t”. As for AKB48, the leaders of the current idol world, there were those than perceived them as “being much too adult-like compared to us” or a generation ahead of them. I wonder if, little by little, a generational change in idols is beginning to take place.

As a sort of spinoff, I entered “kawaii” in English into Google’s search bar and asked them to take a look at what results came up. Most reactions were along the lines of, “Um, I think the concept is a little different. Maybe in elementary school we would have thought that was cute…”or some sharper comments like, “I think this is uncool…”This may be evidence supporting that what’s “kawaii” in Japan and what’s “kawaii” abroad is totally different. 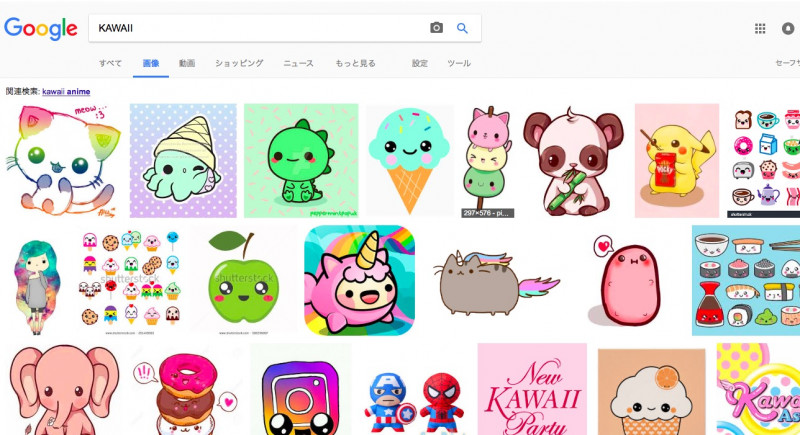 And with that, this wraps up my research on the real state of “kawaii” according to real Japanese high school girls (Spring 2017 vers). Even for a writer like myself, turning 32 years old this year, their responses were quite a shock. I was surprised by the universal strength of Hello Kitty and Sailor Moon’s appeal. On the other hand, it makes me sad to think that what was once considered “kawaii” and popular several years ago will eventually fade. I’m sure that the results of this survey will change greatly in the next few years. The topic of “kawaii” is a difficult one, but also an interesting one! 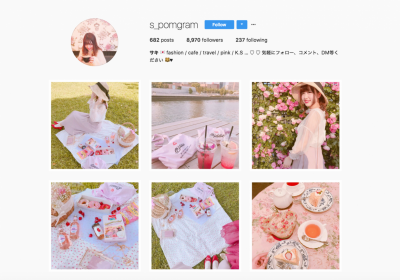 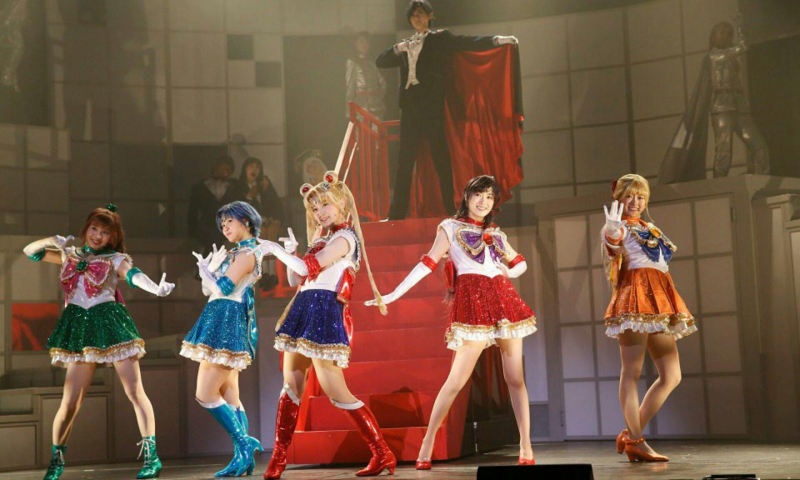 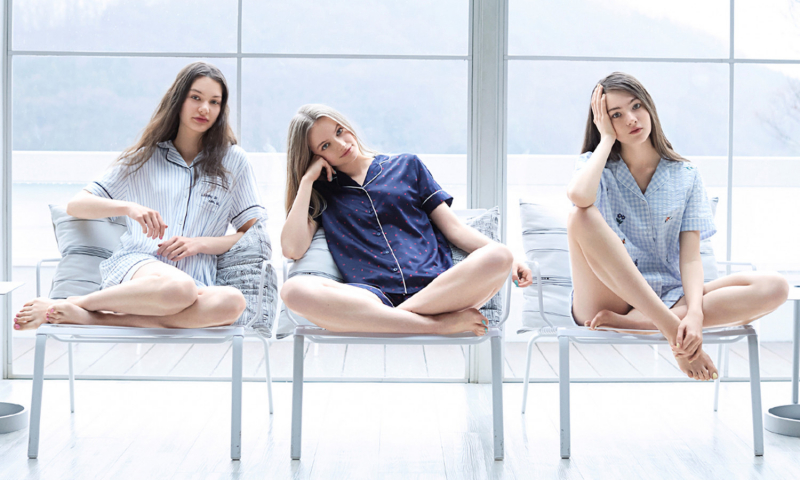