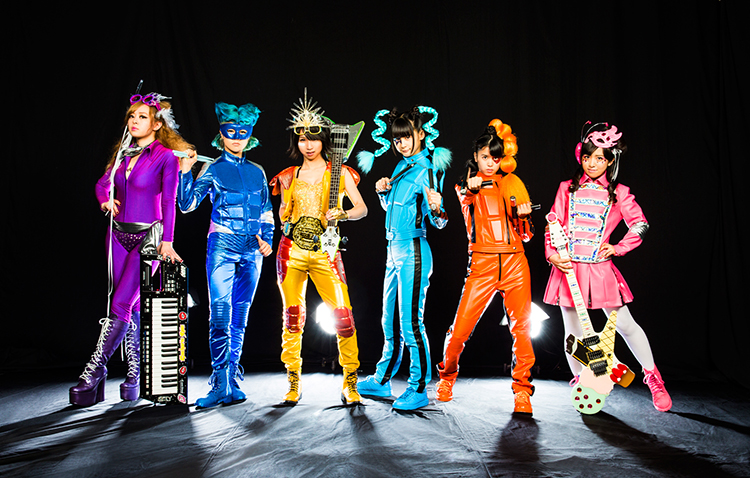 The girls of Gacharic Spin touched down at this years J-Pop Summit and brought concert-goers along for one hell of a ride.

Celebrating their 5th anniversary this year, Gacharic Spin is known as one of the most aggressive and flamboyant all-female bands to ever thrash this side of the rising sun. Their name, derived from the onomatopoeia gacha which means clattering, perfectly describes the eclectic nature of each member’s character and sound which, when blended with the powerful vocals of OREOREONA and Hana, fuse spectacularly into the signature sound the group is known for.

The girls, who perform over 100 shows annually, find time to help budding artists learn the ropes with tutorial videos learn how to play the guitar, bass, and the drums. Gacharic Spin’s YouTube channel, with nearly 4 million views, played a role in the girls success which has seen them appear as the backing band for Aikawa Nanase, working as motion capture actors for the vocaloid Miku Hatsune line of video games, and coaching members of AKB48 in their GIVE ME FIVE music video.

On February 25 2015, they released their first single from Victor Entertainment called “Sekira Liar / Tokenai Candy.” This was a double A-side single release, and Tokenai Candy is actually the debut single from Gacha Gacha Dancers’s (Mai & Arisa)! Stretching their horizon outside Japan, they continue to make guest appearances overseas, touring and playing festivals in the US, Korea, China, Hong Kong, France and Luxemburg. At the same time, they have been playing major music festivals in Japan and in 2014, they performed at Sekigahara Live Wars Rock onna Rock, Summersonic 2014, Inazuma Rock Fes 2014, Mega Rocks 2014 and Countdown Japan 14/15.

The girls recently inked a major record label deal with JVC KENWOOD Victor Entertainment Corp., and started series of their releases with an album which features best-of-songs from the indie years, called “Gachatto Best 2010-2014.” The album went to No.7 on Japan’s Oricon’s daily hit chart and No.20 on weekly chart.

Anyone in attendance for any of their electrifying shows leave blown away with their tenacious stage presence and unique charm and their performance at the seventh annual J-Pop Summit was no exception. We sat down with the girls of Gacharic Spin. 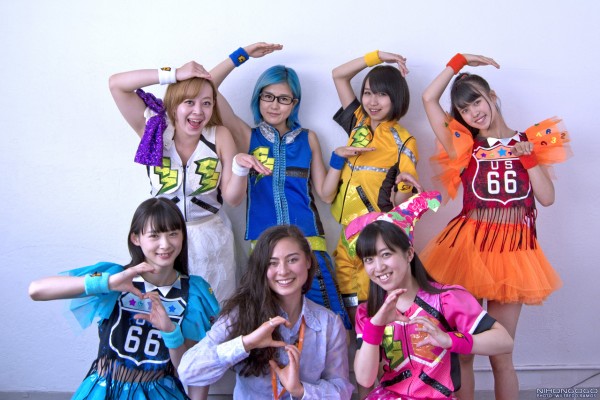 -For both old fans and new, please introduce yourself and tell us one unique fact about yourself that people may not know.

Koga: My name is F Chopper KOGA, I’m the leader of the group. I have a dog and I love animals.

Hana: My name is Hana, I am the lead vocalist and drummer. I am the handsome tomboy of the group. I can play all kinds of instruments.

Oreoreona: I’m Oreo Reona, the sexy one of the group. I am a vocalist and the keyboardist.

Mai: I’m a performing dancer, my name is Mai Ichigo. Lately I’ve been enjoying looking at and playing with new instruments.

Tomo-Zo: I’m the guitarist, TOMO-ZO. I am known as the pretty alien of the group. My favorite food is pastries. I like them more than real food.

Nene: I am the 3rd performer, Nene. I am everyone’s little sister character. I am the youngest in the group at 16 years old and I am into movies. 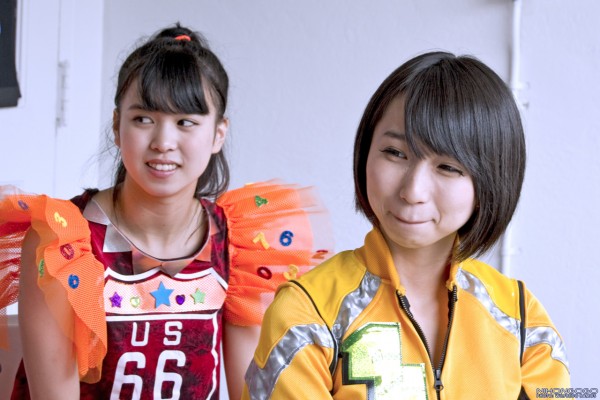 -What inspired you to get into show business?

Koga: I started playing the bass guitar and I wanted to join a band because of that.

Oreoreona: When I was younger, I wanted to sing and dance and become an idol. I couldn’t become an idol, so I decided to join a girls band.

Hana: I’ve been invited by a few people to join their bands. KOGA-san said we should make a band together and she needed a drummer, so that’s how Gacharic Spin started.

Mai: I’ve done dance before and KOGA-chan invited me to join Gacharic Spin. 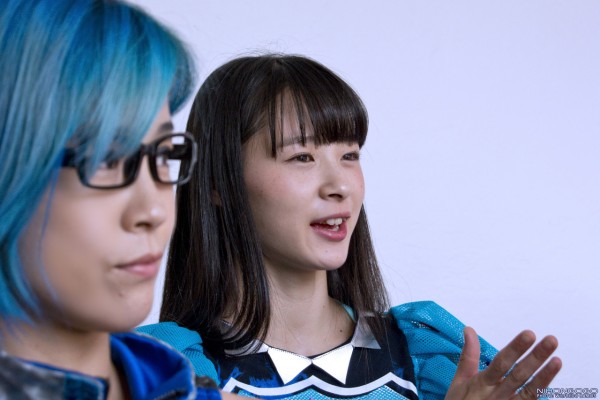 Tomo-Zo: My dream as child was to play music. KOGA-san also invited me to join the band.

Nene: When I was kid, I played piano even though I am a dance performer now. When I was in middle school, I wanted to become an idol. I liked dancing, singing, and playing music. This is my third time performing with Gacharic Spin.

-What drew you to your respective roles/instruments?

Koga: Before Gacharic Spin, a classmate senior to me told me they needed a bassist for their band, so I started playing bass.

Oreoreona: Even before I was 3 years old, whenever we went to the supermarket, I would dance around in my stroller. My parents saw that and decided to put me in music and dance classes such as piano and ballet.

-Why did you choose the keyboard?

Oreoreona: We had a keyboard in our house so it was the first instrument that I played.

Hana: A lot of my friends in high school were into music so I played a lot of instruments with them such as the guitar, bass, and piano. I play drums now because KOGA-san wanted me to play drums for Gacharic Spin.

Mai: In elementary school, we had clubs, sports, and activities so I joined the dance club by chance. My seniors recognized my skill and told me to join a dance school.

Tomo-Zo: In elementary school, I wanted to join a girls band and be the singer. However, there was another singer in the group I joined so I played the guitar instead and I realized how much I liked it so I stuck with it.

Nene: When I was young, I was always very active playing outside and moving my body. I loved dancing so in middle school I joined an idol group and that’s now I got into dancing and singing.

-Your second single Don’t Let Me Down served as the ending theme for Dragonball Kai, what was it like to hear your single on TV for the first time?

Oreoreona: We were very moved. When I was young, I watched Dragonball so it was impressive to hear our song associated with such a long lasting series.

-Is there anything that stands out or surprises you about San Francisco compared to Tokyo?

Koga: It was colder here than I thought! The image we have of California is that it’s always summer time, but when we got here, it was very cold!

Tomo-Zo: I was surprised to see so many Japanese restaurants here!

Mai: There are so many hills here!

Koga: Really! It’s like a roller coaster. (everyone laughs)

-You’ve now had appearances in several countries around the world, can you share some of your favorite memories from your overseas so far?

Koga: Every place has been very memorable to us because the fans there really make an effort to learn Japanese, write letter to us, remember our names, and get excited for us.

-If you weren’t in Gacharic Spin what do you think you would be doing instead?

Hana: I’d still be doing music, but I’m not sure which instrument I would be playing.

Mai: Since I’m a student’s age right now, I would probably be studying abroad now and still taking dance classes while abroad.

Tomo-Zo: I love nature and where I live now is surrounded by nature so I would probably be farming there. I would plant tomatos.

Nene: I am a 2nd year in high school, and even though I love music, I would like to study many different things. 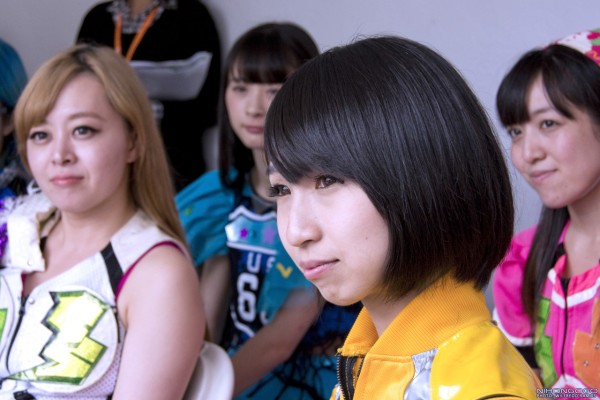 -Do you have any parting message for fans?

Oreoreona: To those who waited for us and came to see us, THANK YOU SEXY! Our fans are not just in Japan, but all over the world, so we will try our best to visit all the places our fans are. Please wait for us!

The girls of Gacharic Spin, who sold out their 5th Anniversary concert at Zepp DiverCity Tokyo in October last year, continue to grow with shows that certainly don’t let their fans down. Enthusiastically touring the world and spinning around various fields, Gacharic Spin will continue to evolve and is sure to take the world by storm.

Gacharic Spin Transform into Alien Schoolgirls in the MV for “Final na Fantasy”? 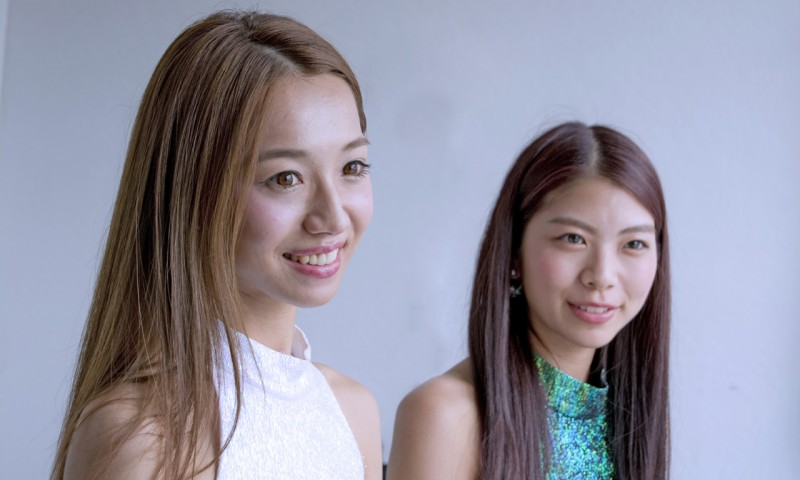 An Interview With Pop Duo Faint★Star at The 7th Annual J-Pop Summit by Nihongogo! 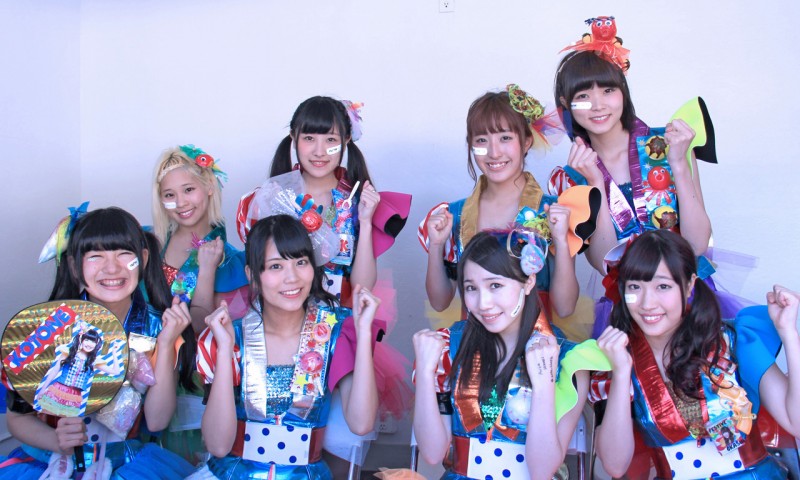 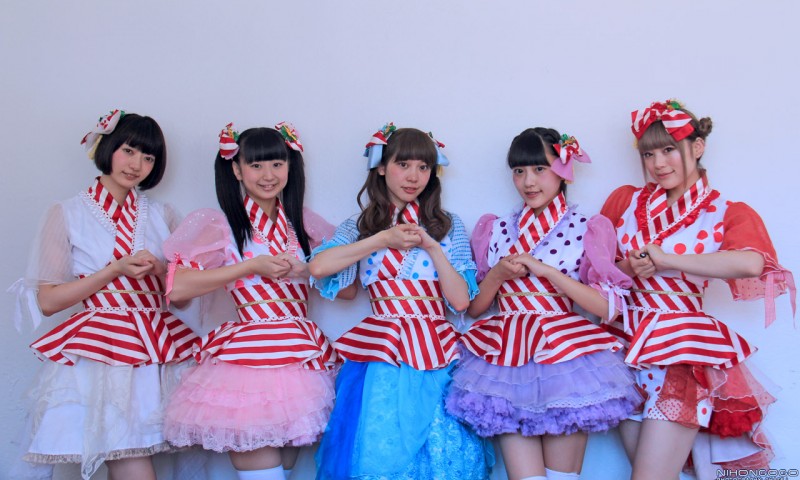