Check it out! “9nine” Uki Satake makes her debut as “DJ QT”! 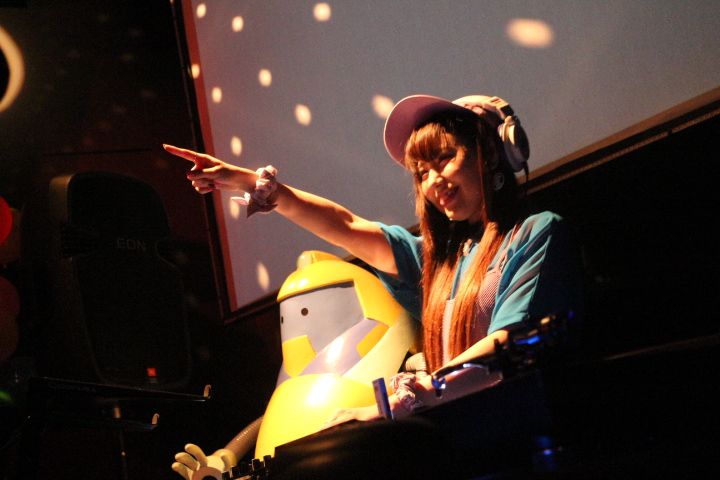 On July 18th, Uki Satake, also known as “Ukki” from the performance girls unit 9nine, debuted as a DJ in front of a large crowd at Space☆Dandy Night in Daikanyama UNIT. 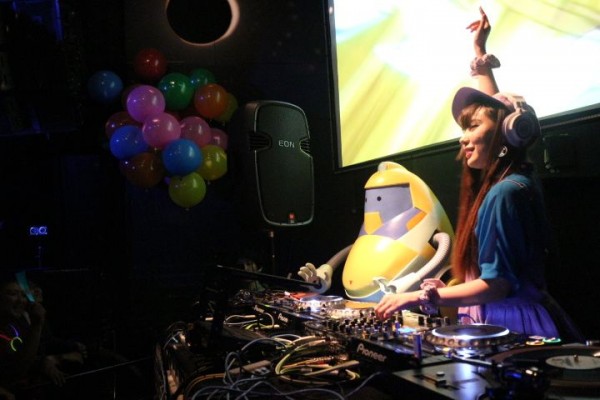 For 40 minutes, Ukki mixed some popular songs with 9nine songs, like “EZ DO DANCE (QT ver)” by trf, “Born Slippy (QT ver)” by Underworld, “Smells Like Teen Spirit + With You/With Me” by Nirvana vs 9nine, HiTech Jazz + Tsuzuku Tsuzuku” by Underground Resistance vs 9nice, the crowd was filled with excited 9nine fans, anime fans, and club music fans. Even when she stuck out her tongue when she messed up, the crowd cheered. DJ WILDPARTY, who was also there to perform, wrote at tweet saying “The girl from 9nine played LUVRAW and I’m feeling great” and the crowd loved DJ Ukki as much as they love Ukki in 9nine.

9nine is on a roll as their EDM influenced album MAGI9 PLAYLAND landed third on the daily ranking on its first day of sales, but next month they will perform at Rocking on Japan Fes 2014 for the second consecutive year and Nippon Budoukan for the first time on August 21 (Thursday). Get ready for the girls’ powerful performance by picking up a copy of last November’s concert DVD “9nine 2013 LIVE be! be! be! – Kimi To Mukou E – released on July 16. General tickets go on sale on July 19th (Saturday).

The DVD and Blu-ray for『9nine 2013 LIVE 「be！be！be！- Kimi To Mukou E -」』contains footage from 9nine’s one man live at Maihama Amphitheater on November 4, 2013. The “overwhelming live performance” of their songs and dance are a must see!!
The limited Edition will come with a sleeve case!