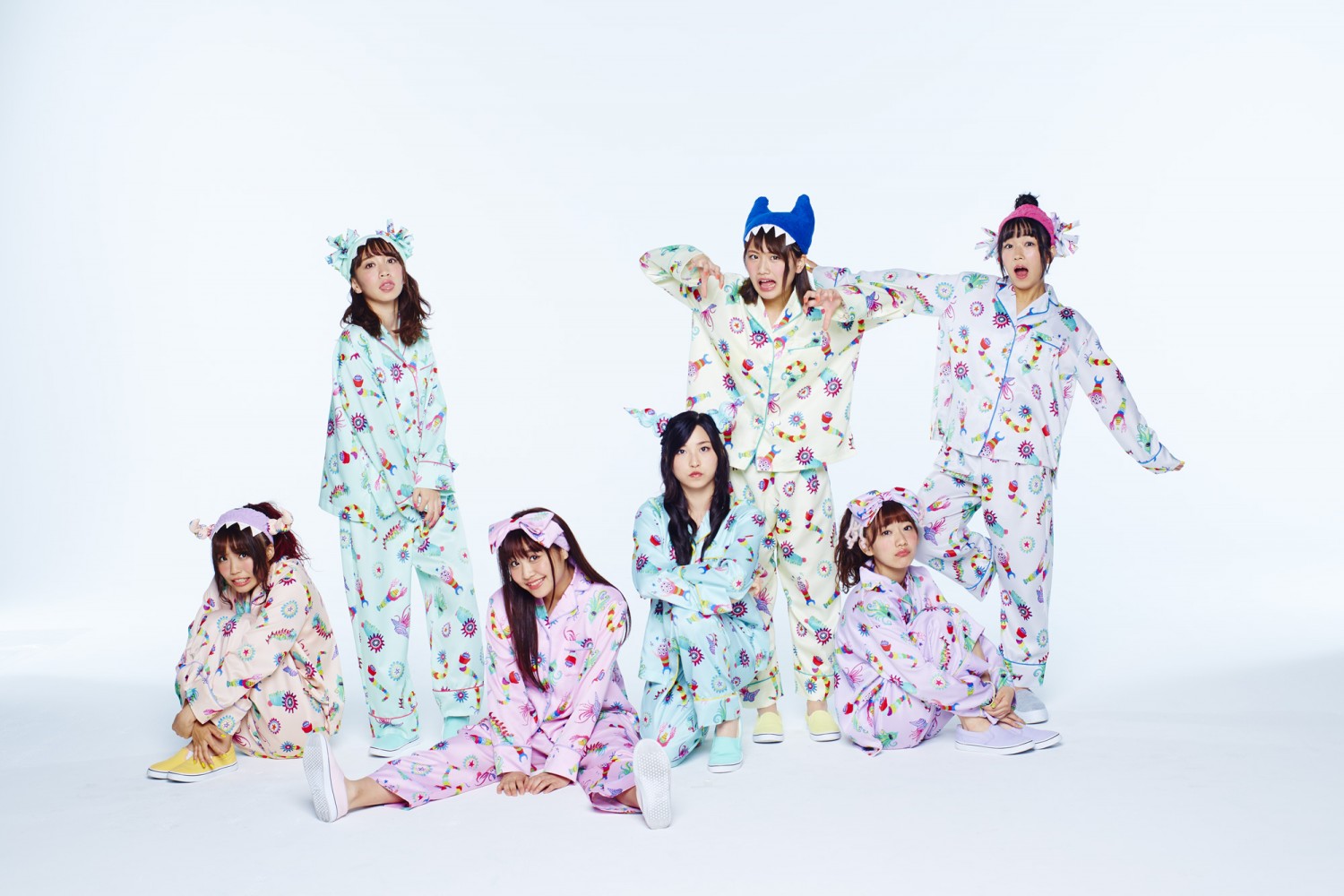 Cheeky Parade is an idol group consisting of 9 girls. They were formed on February 19th 2012 as the second artist from avex idol label, “iDOL Street.” The group name means “Cheeky=saucy, rambunctious” + “Parade=entertainment parade.”

Cheeky Parade debuted with their 1st single “BUNBUN NINE9’” on January 9th 2013. It ranked #4 on the Oricon weekly chart! The 2nd single “C.P.U !?,” released on April 10th, ranked #5 and the 3rd single “Mugendai Shoujo ∀” ranked #4. Their first three singles all reached the top 5 on the charts.

They pursue their own unique music and character in order to become an idol group like no other.