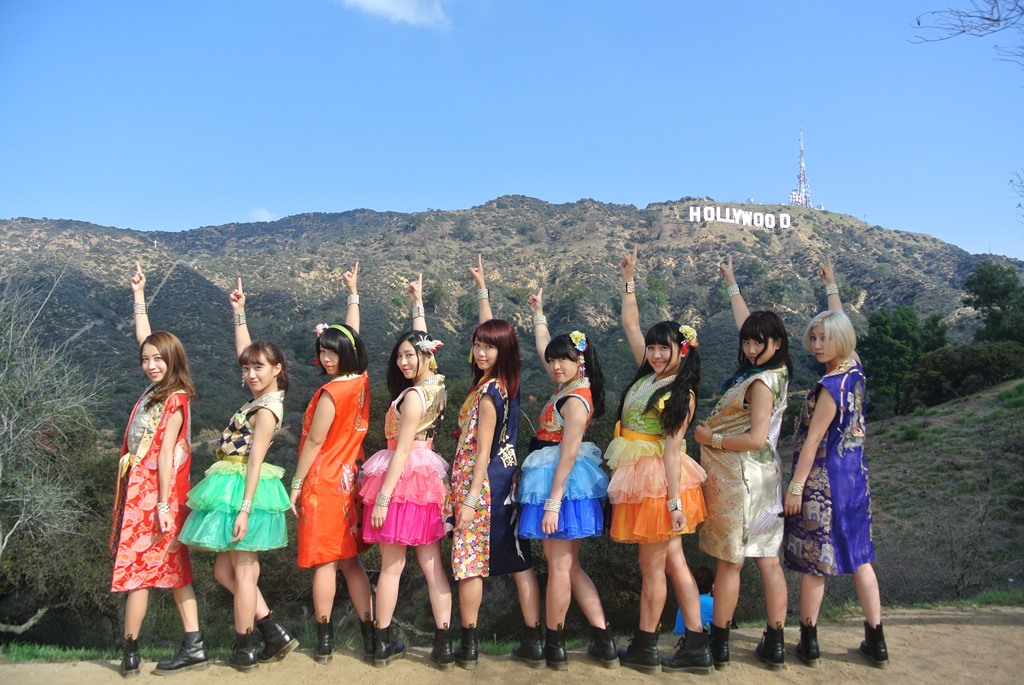 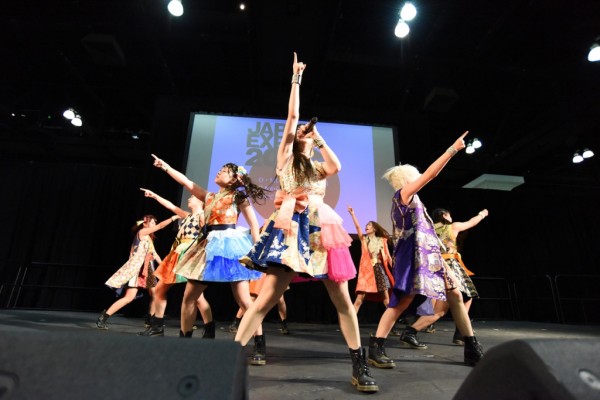 Chikipa performed a total of three times: October 16th on the eve of the festival as well as on the 17th and 18th. Having the LA audience in front of them, they showed an energetic performance with four songs on the first day, and six songs each during the two day event. 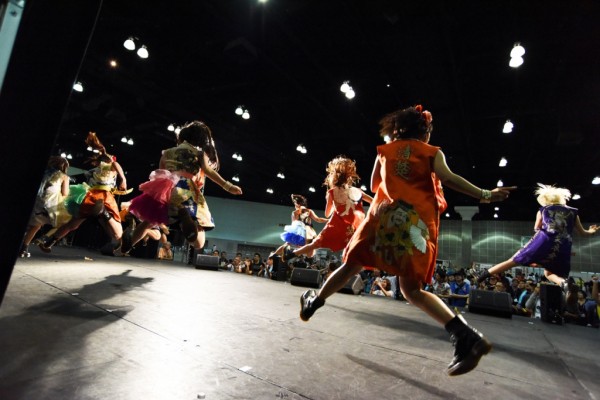 It is their third time performing abroad, since they had their tour final stage at New York in 2014, and appeared in an event at Paris just before coming to Los Angeles. They did their best to use English as much as possible during the performance by introducing the songs and making call and responses in English, which surprised both the American and Japanese fans who came to see them.

While performing their latest song “M.O.N.ST@R”, Yuriya Suzuki (19) excited the fans by pointing her finger up to the sky and saying, “Let’s dance together! Like This!”. She promised to be “No.1” with the fans in LA. 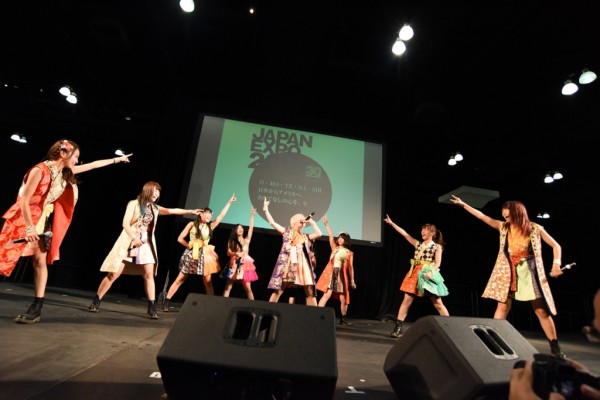 Marin Yamamoto (18) called out to the fans, “We’re Cheeky Parade! Don’t forget about us!”, and showed a cheeky live performance even in LA.

After the live, leader Yuna Sekine (21) commented, “I’m really grateful that I was able to perform outside of Japan twice in one month. It made me want to do more lives abroad! I want to spread Chikipa to the world!”.

Mariya Suzuki (16) expressed her happiness, “I was surprised to see so many fans in LA, and it made me happy when I saw them dancing with their arms around the shoulders of the Japanese fans. I felt a sense of ‘unity’ in LA!”

Having their opportunity to do some sightseeing in LA, the nine members also toured around Hollywood. With the sign of Hollywood at the back, they promised to be “No.1”. 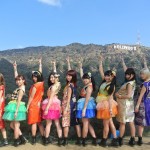 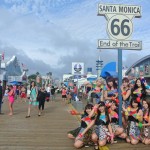 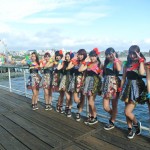 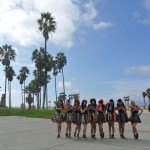 Rino Shimazaki (19), who calls herself a “movie otaku”, she expressed her dream, “I’m so happy that I came to LA. I want to appear in a Hollywood movie with Cheeky Parade!”.

Cheeky Parade’s lives received rave reviews from the fans in LA and Paris and will definitely continue to receive more attention from fans all over the world!