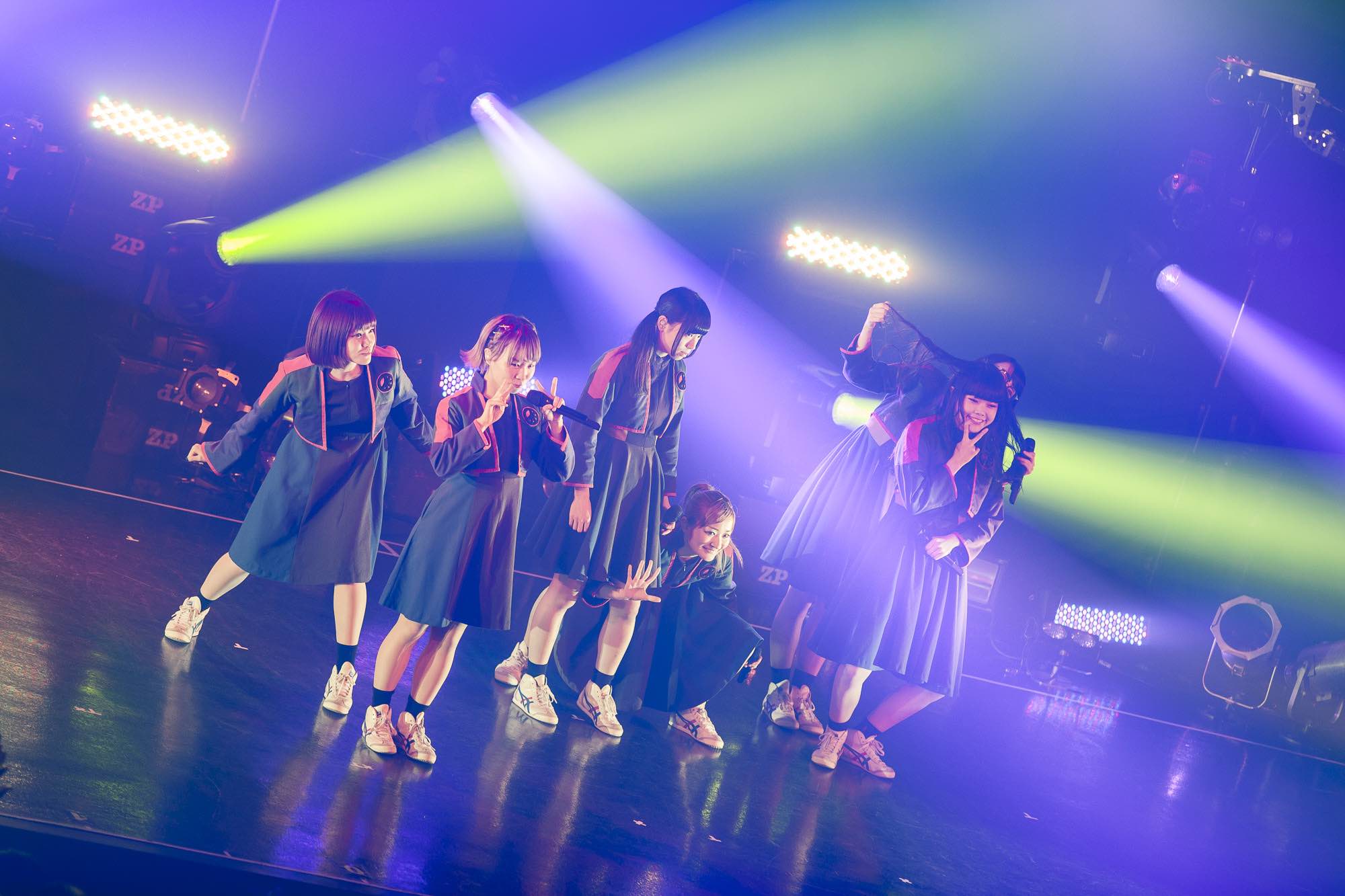 BiSH returned to Zepp Tokyo for the third year in a row on August 23, 2017 for TOKYO BiSH SHiNE3, packing the venue full of seisōin (fans) for a red-hot evening!

It was the biggest “TBS” yet in the 3 years since BiSH had begun the practice of holding the free live at Zepp Tokyo, with seisōin packed from wall to wall on the first floor as well as the balcony. EMPiRE, the group tentatively known as Project aW following the events of WACK EXHiBiTiON in April of 2017, were introduced by producer/manager Junnosuke Watanabe. He added that the faces of the members would be revealed when their Twitter accounts reached more than 10,000 followers. 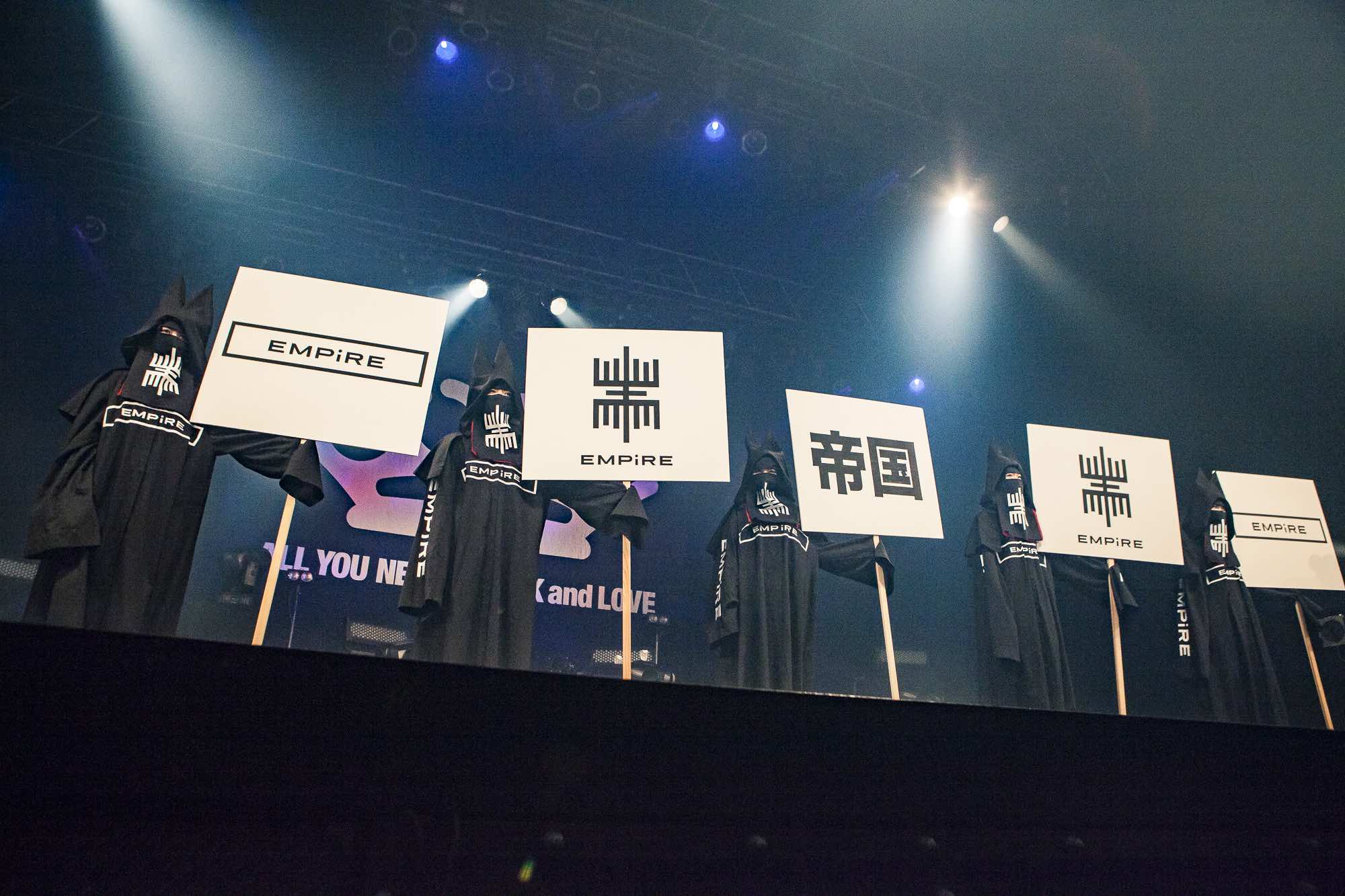 Thousands of hands clapped and gripped their smartphones and cameras as BiSH ran out onto the stage, Cent Chihiro Chitti calling out to the seisōin to get excited. The floor trembled as they bounced along to the first song of the evening “SCHOOL GIRLS, BANG BANG”. Blasting their way through “GiANT KiLLERS, BiSH turned the heat up to broiling, Aina The End shouting for the seisōin all the way in the back of the hall to come at them. An ocean of hands waving side to side mirrored BiSH during “VOMiT SONG”, bringing the opening wave of songs to a close.

The seisōin cheered loudly as the members ran through their introductions. Ayuni D, who had made her debut with BiSH almost a year earlier, again joked that the D in her name was for “dynamite” before continuing with her usual self-introduction. Aina thanked everyone for coming out, sharing that the first 2 TBS lives had been far less crowded and with the venue “selling out”, she felt they had finally met with their destiny before launching into the next song “Departures”. 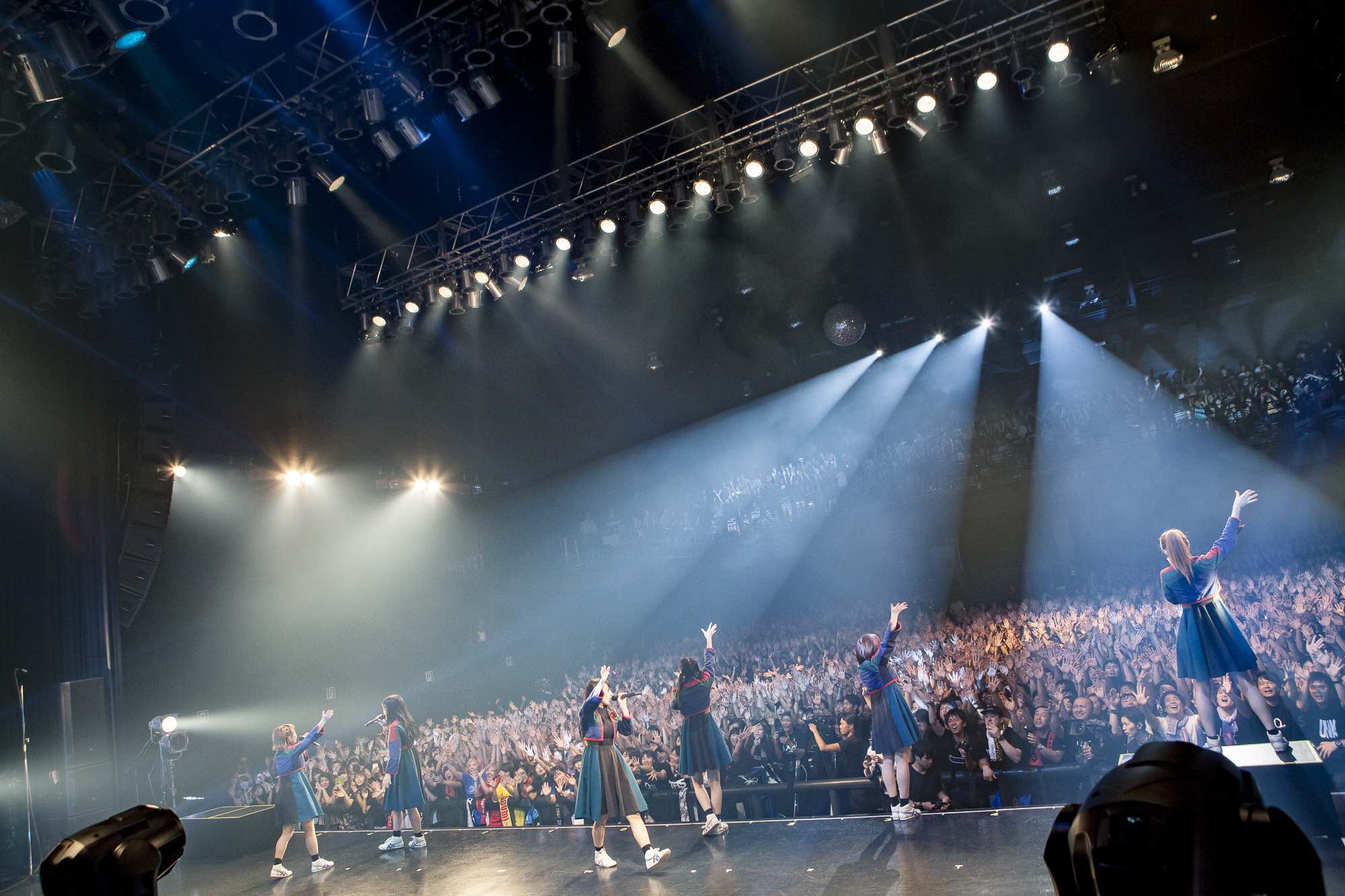 A thunderous chorus of voices rang out as the seisōin called out to the grinding guitars and whiskey-soaked violins of “OTNK”. Chitti leapt into the crowd, riding on the sea of bodies as she sang her lines. Atsuko Hashiyasume began “Shakai no Rule” with a shout, riling up the seisōin who flapped their arms along as they sang along. The tempo slowed but emotions remained high as the performance rolled on with “Is this call??” and “Spark”. A shout of joy erupted from the audience as the opening guitar notes of “primitive” reverberated through Zepp Tokyo, bodies bumping into each other as the seisōin threw their hands in the air along with the members of BiSH. 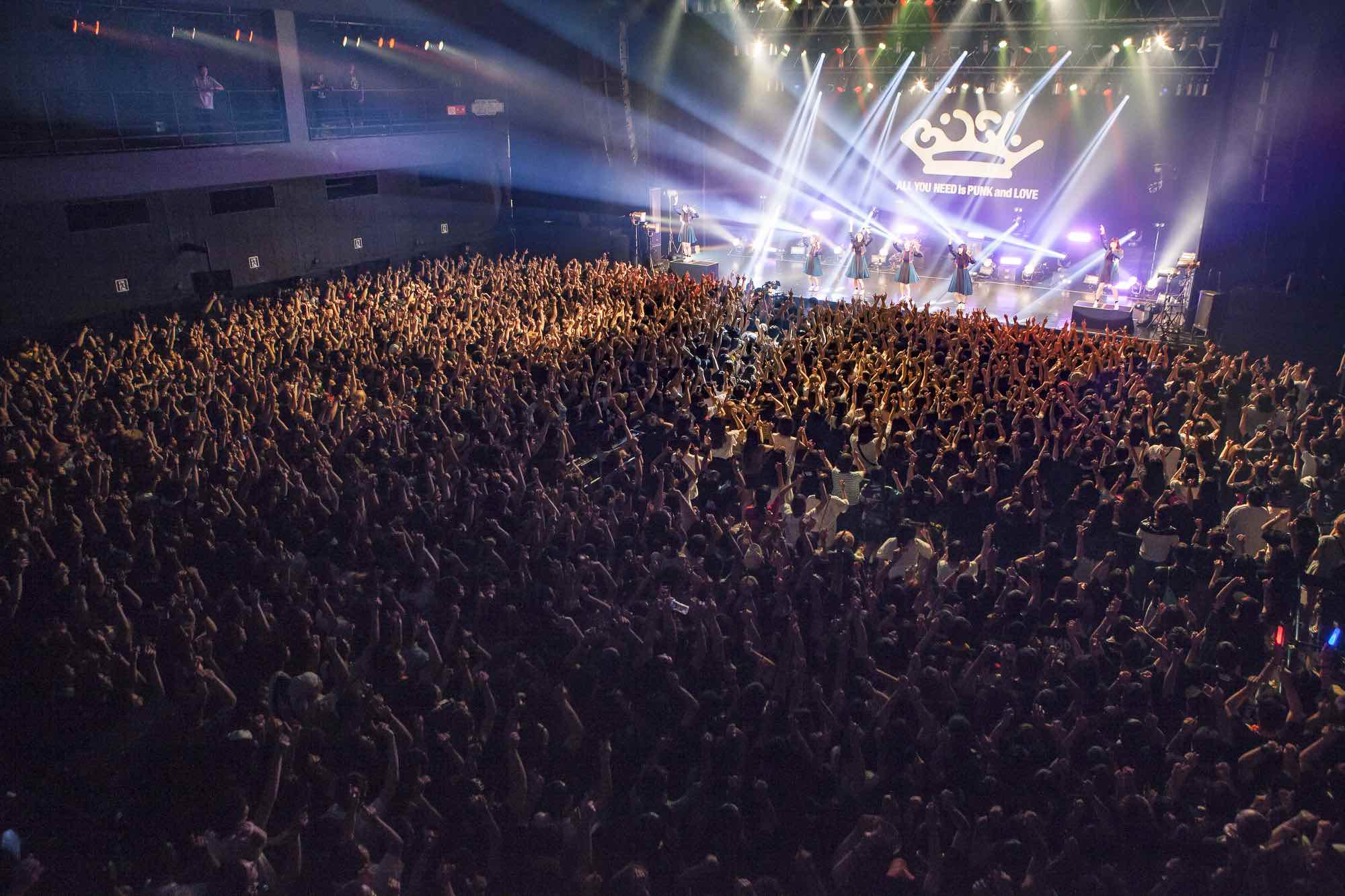 Atsuko called out to the seisōin to see how they were doing, adding that it was really hot due to Zepp Tokyo being packed full, explaining that the first 2 TBS lives had been only 2/3rds full. Atsuko recalled how she and Ling Ling had debuted with the group on that stage in 2015, with Ayuni D debuting in 2016. Atsuko’s repeated attempts to be more friendly with Ling Ling were rebuffed, the other members giving her the cold shoulder each time she tried to barge her way into the conversations. When Ling Ling failed to come up with a topic to talk about with Aina, Atsuko stepped her pestering by whacking Ling Ling’s arm while repeating, “Is there nothing?” (Nanimo nai kai?). Ling Ling’s protest that she had something resulted in the situation worsening as the rest of the members joined Atsuko in chanting “Do you have something?” (Nanka Arun kai?) for what seemed like several minutes as the seisōin clapped along, making for an unusual transition into “Pira Piro”. 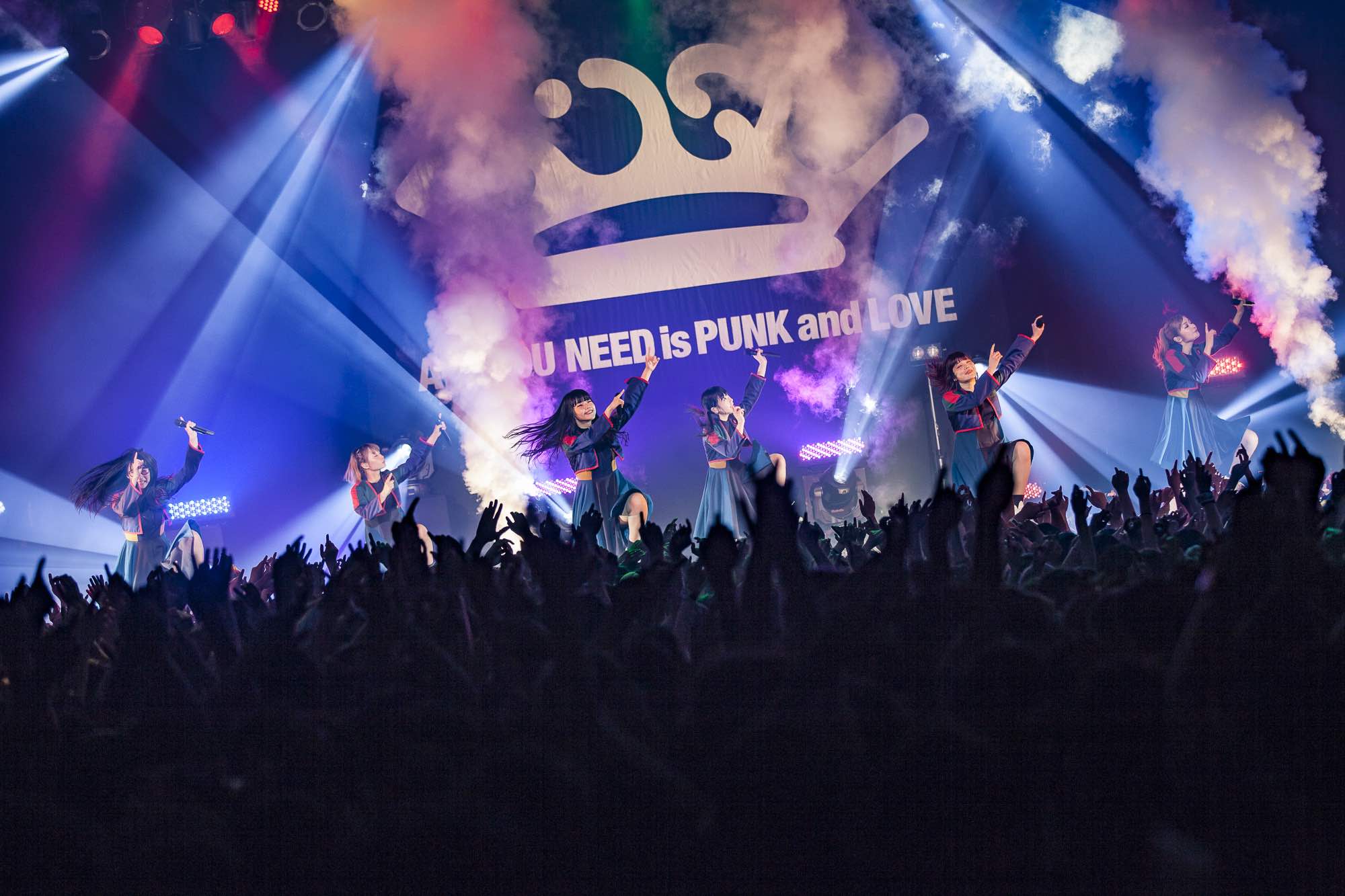 Aina’s voice pierced the moist air to being “MONSTERS”, Ling Ling joining her with an ear-splitting scream as the audience transformed into a roaring sea of bodies bouncing along and banging their heads to the artillery barrage of beats.
The relentless attack pulled back gradually as BiSH rolled through “Marionette” and “Nothing.” before transitioning into the emotional power ballad “ALL YOU NEED IS LOVE”, climaxing in a thunderous singalong. Bouncing along to “beautiful-sa”, BiSH thanked the seisōin and left the stage. 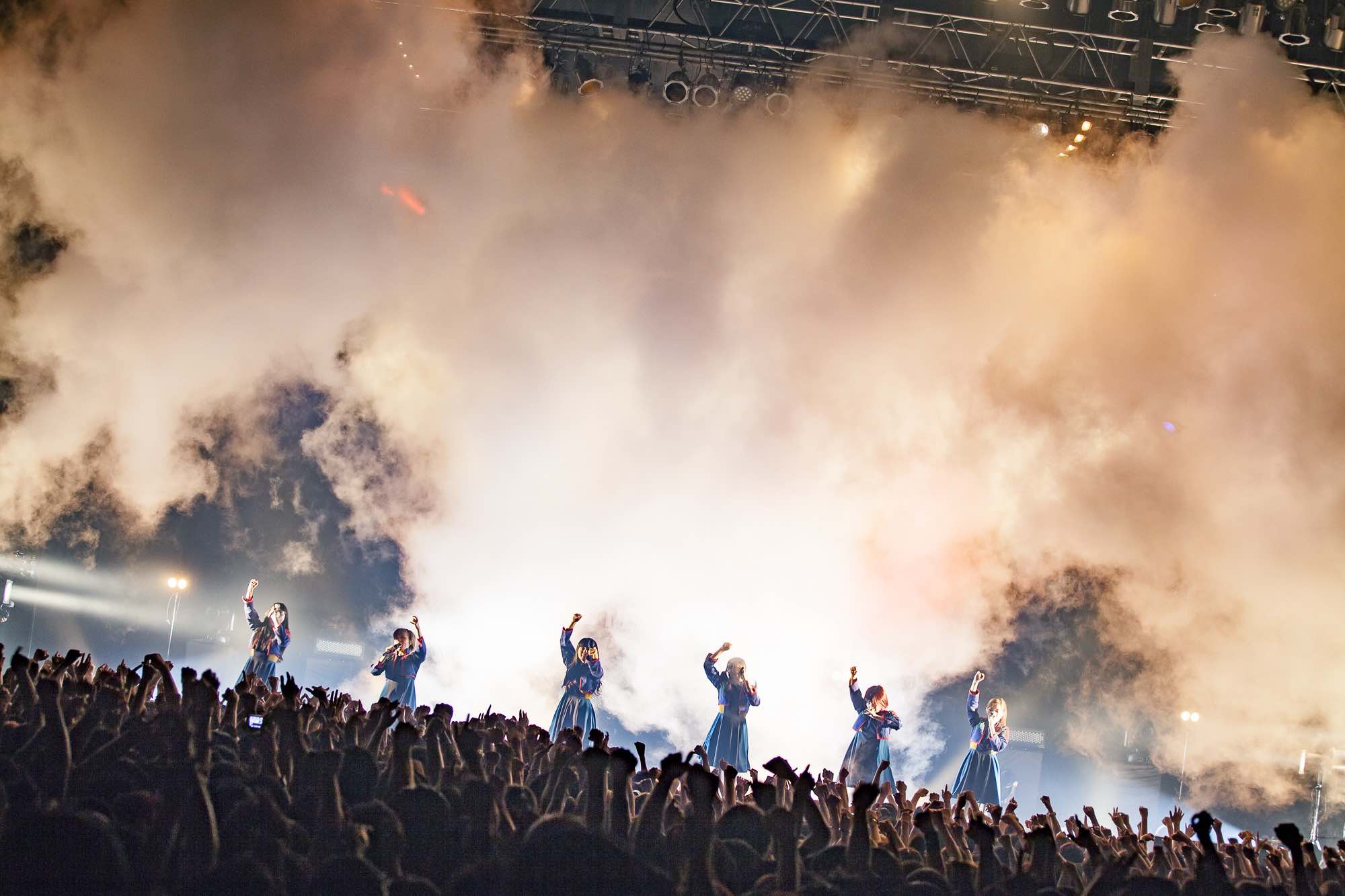 After several minutes of encore calls, BiSH returned, Chitti announcing that their 2nd major label album would be released on November 29th and that they would be beginning a new tour on November 11th. However, the news was not welcomed by all as the About a Girl performances would be females only and the “Gakuen Tengoku” performances would be limited to middle and high-school-aged fans. Shouting at the top of her lungs, Chitti introduced “BiSH – Hoshi ga Matataku Yoru ni –” the final song of TOKYO BiSH SHiNE3, sending the seisōin into one last burst of frenzy. 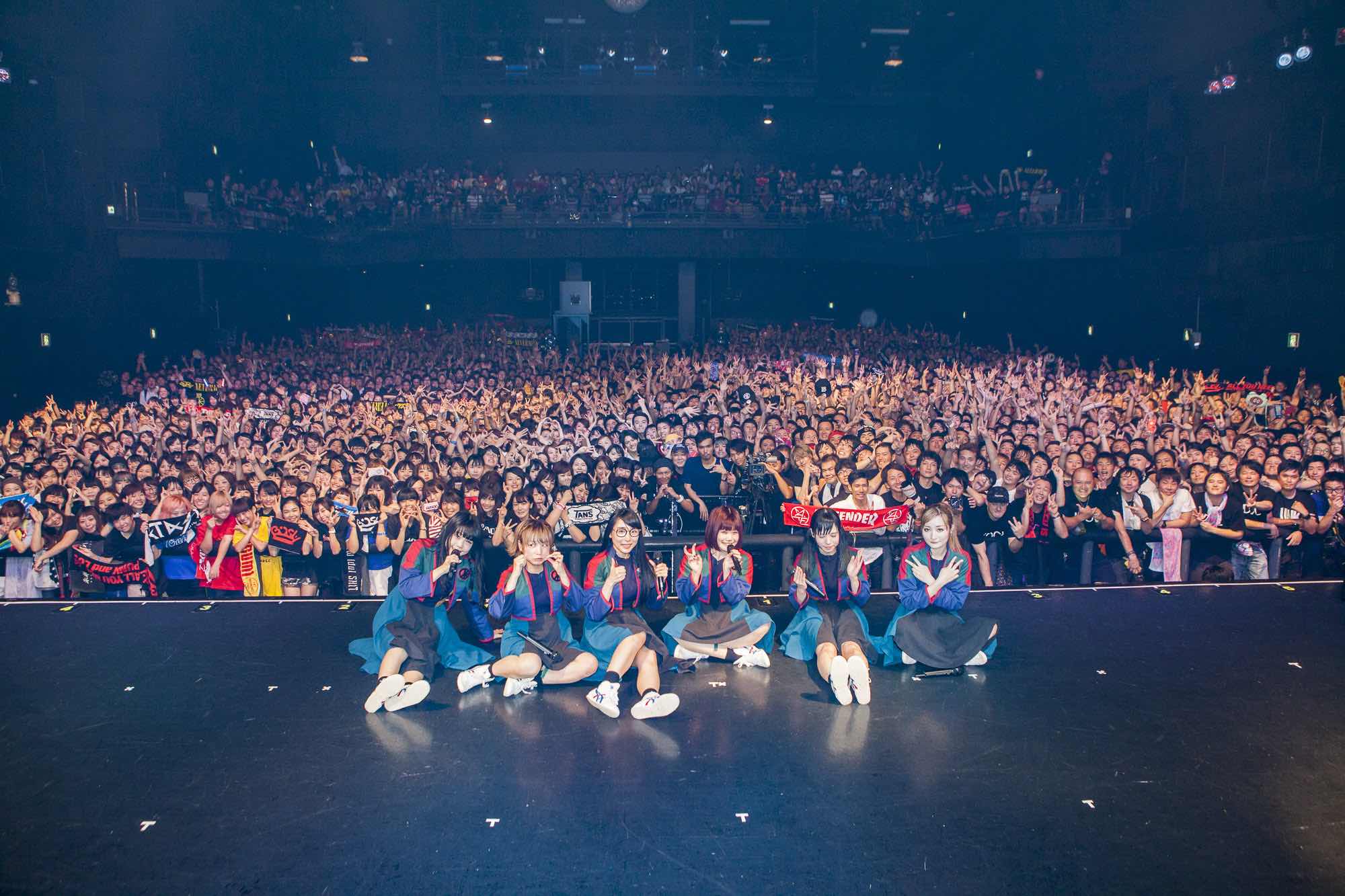 Taking a commemorative photo with the seisōin behind them, BiSH gave their parting thanks. Aina carried Ling Ling around on her back and pulled Momoko’s skirt over her head. With Atsuko as the final member on stage, she broke into an impromptu dance before leaving the stage and bringing another memorable midsummer evening at Zepp Tokyo to a close. The first TBS brought with it the debut of Atsuko Hashiyasume and Ling Ling, the second one saw the coming of Ayuni D, and the third one was witness to the first strike of EMPiRE. What surprises will await seisōin at “TBS 4” in 2018? 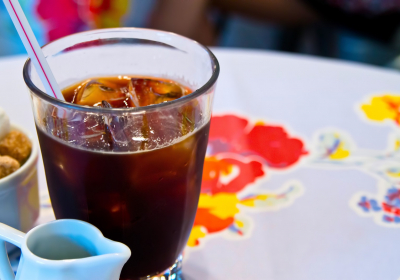 7 Coolest and Cutest Cafes in Tokyo: Experience Something Unique! 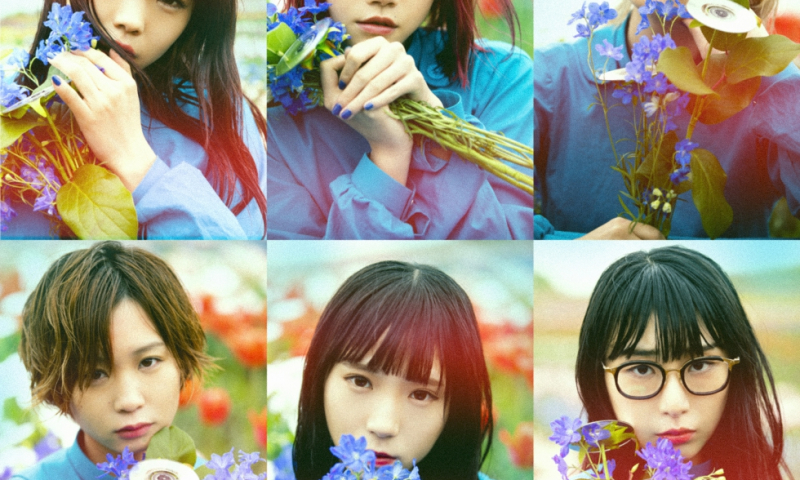 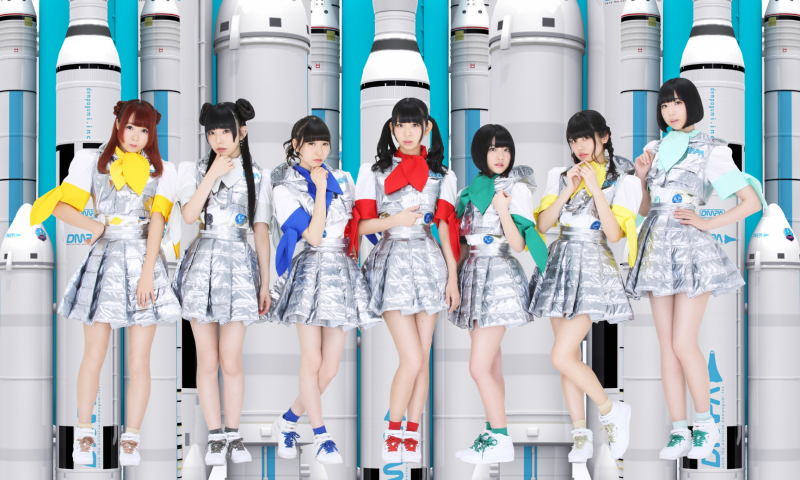 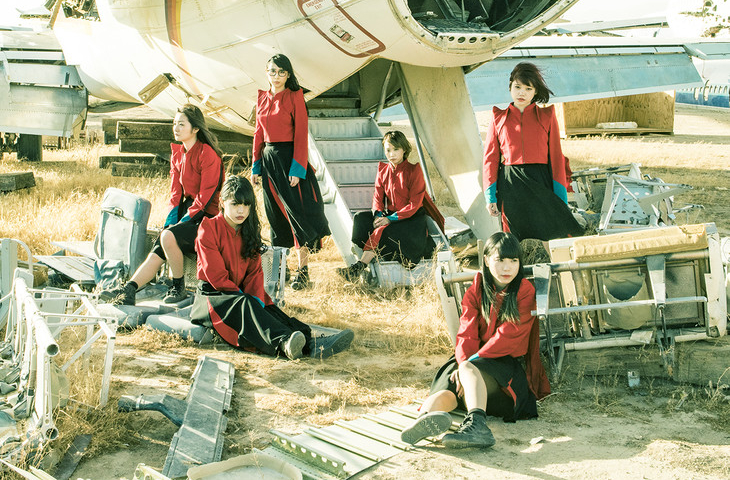