Five member girls performance unit ‘9nine’, including actress Umika Kawashima, and Ayaka Nishiwaki, sister of A-chan from Perfume, took the stage at ROCK IN JAPAN FESTIVAL for the second year in a row. They attracted lots of rock music fans with their EDM-influenced 6 song set list in preparation for their upcoming Nippon Budokan solo concert on August 21th.

9nine shook the stage in the WING TENT area, performing “Re:” the theme song of the drama “Legal High”, and songs from their latest album “MAGI9 PLAYLAND” which got the 3rd-ranking with first appearance at Oricon daily ranking. Although fans wearing 9nine’s T-shirts were visible, it seemed that it was the first time to see 9nine for most of the audience. Despite this handicap, 9nine was able to elicit a warm reaction from the crowd by the end of their performance. 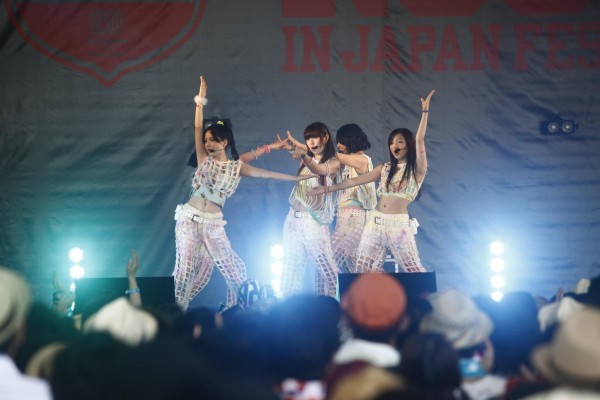 When Nishiwaki enthusiastically shouted her thoughts on the performance at Budokan in the beginning of the last song “With You/With Me”, the audience responded by pumping their fists. 9nine was high-spirited and did their best to bring the audience along, despite being the only idol group on the schedule that day and performing in scorching midday temperatures. 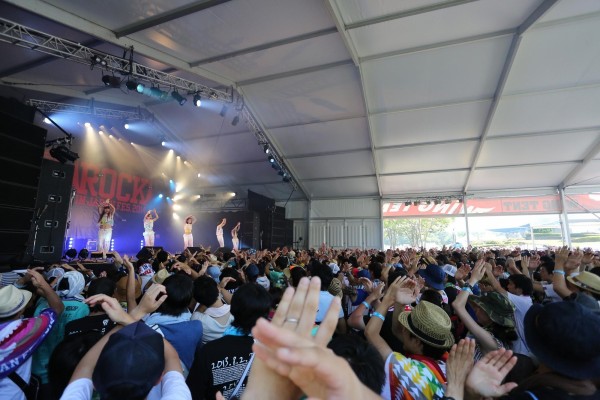 The tickets for upcoming live performance “9nine Dream In Budokan”(August 21th) are still on sale. 9nine is characterized by their outstanding singing & dancing abilities, which are skillfully coordinated with an amazing light show and visual effects. Let’s prepare for 9nine’s performance in Budokan by watching their latest live concert DVD&Blu-ray “be! be! be! -Kimi to Mukouhe-”!