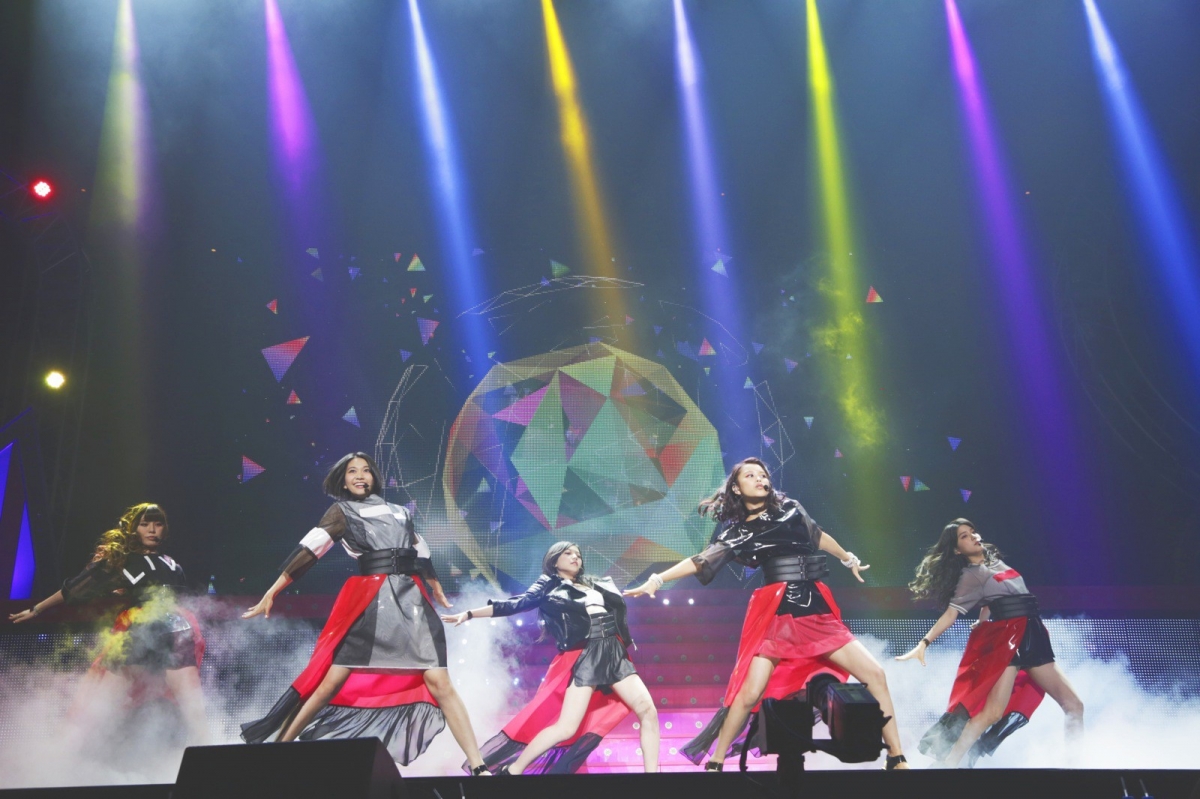 On August 21, one of the hottest days of the summer, 9nine had their first Budokan concert, “9nine Dream Live in Budokan” and what a dream it was!
The stage featured a giant screen flanked by brightly colored geometric shapes and a large round sign that light up like a Ferris wheel. There was also a stage platform in the middle of the arena seating that lifted them up to almost the 2nd floor balcony. In addition to their impressive light show and visual effects, there were also pyrotechnics that shot flames at least 10 meters into the air! 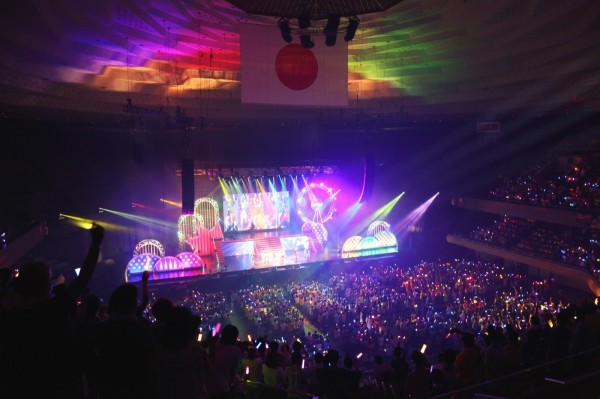 In addition to their recent EDM-inspired songs, 9nine pulled out many of the older songs as well, pairing them with pictures of their 9-year journey towards their first Budokan concert. As expected of 9nine, the visual effects were amazing as they danced alongside multiple images of themselves and seemed to almost teleport from one side of the stage to the next!

Towards the end of the concert, Uki Satake had her microphone malfunction because she had been sweating too much. Considering how fiercely 9nine had been dancing and the multiple costume changes that they had, it was an unavoidable incident. While she ran off stage to have her microphone taken care of, the other four members sat on the steps of the stage and reminisced over the years they had spent working towards this goal. With Uki’s microphone working again, 9nine launched into the last songs of the set: “Re:”, “Shojo Traveler”, and “Konwaku Confuse”. With all the towels waving during “Konwaku Confuse”, it felt like the temperature in the Budokan dropped 5℃!

One of the recurring themes of the stage talk was about things that the members had wanted to do since they had finally reached the goal of performing at the Budokan. Kanae Yoshii said that she wanted to take a picture “with everyone” and did the best she could to fit all of the attendees and group members into the pictures by taking three of them from different angles and immediately uploading them to Twitter with the caption “Budokan encore now!”

9nine began the encore with “9nine o’ clock”, rolling out to the stage platform in the middle of the arena seating. As they returned to the main stage during “Party9”, they tossed signed balls into audience. This was followed up by “colorful” and announcements of not only a Tokyo/Nagoya/Osaka tour in December, but also their first countdown live on New Year’s Eve! Ending with “Tsuzuku Tsuzuku”, 9nine dramatically stepped back out from behind the moving staircase for one last song! 9nine sang “SHINING☆STAR” with the entire arena singing along when the music cut out. It was an emotional ending to a “MAGI9AL” night indeed. If you missed them at the Budokan, do all you can to catch 9nine at their 9th Birthday Party concert, which is on September 9th! 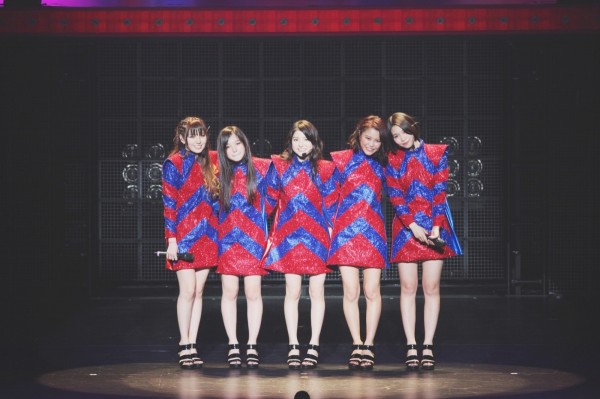 With You With Me
out of the blue
Evolution No.9
THE MAGI9AL FES.
#girls
Forget-U-not
LOVE VAMPIRE
(Luv=) 0 or H8?
ATASHI≒WATASHI
Shiroi Hana
Sky
Hikari no Kage
Cross Over
Ryuusei no Kuchizuke
ALGORITHM+LOVE
Monokuro
NeXT to FUTURE
9uestions
Re:
Shojo Traveler
Konwaku Confuse