School-themed idol group Sakura Gakuin appointed a new Student Council and announced 6 transfer students (new members) during their concert “Sakura Gakuin 2015 Nendo 〜Tenyuushiki〜” which was held at Ebisu The Garden Hall on May 6, 2015 in front of 750 fukei (term for Sakura Gakuin fans, literally means “guardian or parents and older brothers”) and countless others watching the live webcast online.

The transfer students for the 2015 school year (nendo) are:

Until March of 2014, Mirena was on the NHK TV show “Dai! Tensai Terebi-kun”. Her favorite food is tebasaki (chicken wings) and her specialty is swimming. Her favorite Sakura Gakuin song is “Sleep Wonder” because she thinks it’s a cute song with cute choreography when performed live. 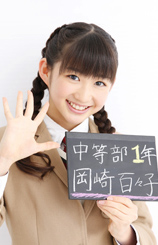 Momoko’s specialty is dancing and double Dutch. Her favorite Sakura Gakuin songs are “Mezase! Super Lady”, “Makeruna! Seishun Hizakozou”, and “Verishuvi”. She was in a Tamagotchi commercial which began airing in March of 2015. 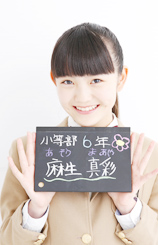 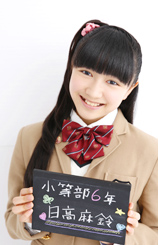 Marin’s specialties include tap dancing, singing, and speaking English. Her English pronunciation sounds like it has a bit of an American accent to it even though it reverted back to Japanese towards the end when she said that her favorite Sakura Gakuin song is “My Graduation Toss”. Marin explained that she loved the lyrics and the guitar in it. When she was asked to say “guitar” with more native pronunciation, she said it like “gitter” (that’s not quite right is it?) though. 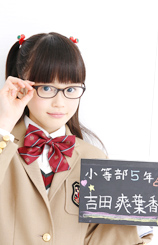 Soyoka’s specialty is piano and Japanese calligraphy (shodo). Her goal is to become a model like former member Airi Matsui (2010-2012). She won the grand prize in Fashion Contest 2013 for the children’s clothing brand HYSTERIC MINI. Her favorite Sakura Gakuin songs are “Ganbare!!” and “Otomegokoro”. 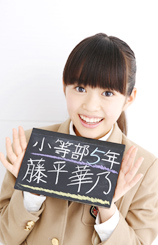 Despite her small stature, Kano showed off her strength by lifting Rinon Isono off of the ground. She expressed interest in entering the “Go Home Club” (sleepiece) and “Cooking Club” (Minipati) even though Rinon scouted her for the “Pro Wrestling Club”. Her favorite Sakura Gakuin song is “Verishuvi” because is the first song from the group that she heard.

After the 6 new students were announced, the 12-member 2015 Nen-do Sakura Gakuin performed “Makeruna! Seishun Kozou” and “FRIENDS”. During the encore, the 3rd year middle school students were called to center stage and presented as the student council members for the new year.

With the addition of 6 new transfer students and a hint that Sakura Gakuin will be taking on new challenges, what will the 2015 school year have in store for students and their fukei all over the world? The first official event for the group will be “Sakura Gakuin 2015 Nendo 〜Tenyuusei Orientation〜” on June 7, 2015 at Shibuya PLEASURE PLEASURE.