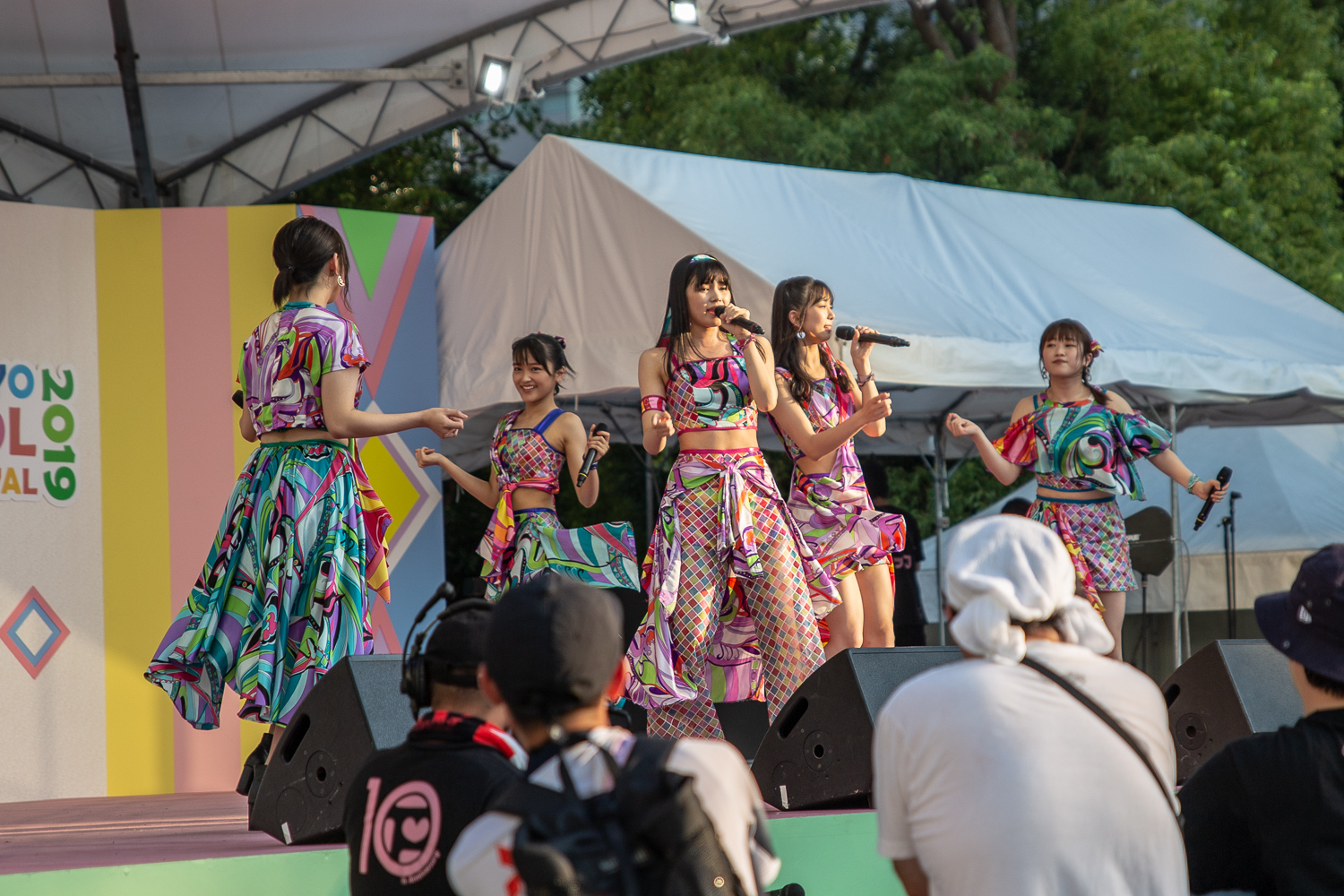 Five-member group Kobushi Factory is no stranger to the hot stages of Tokyo Idol Festival. This year they emerged once again to take the spotlight at both the Hot Stage and Smile Garden stages on August 4, the third and last day of TIF 2019. The girls brought their game in the blazing summer heat, giving powerful performances that fired the venues up even more. 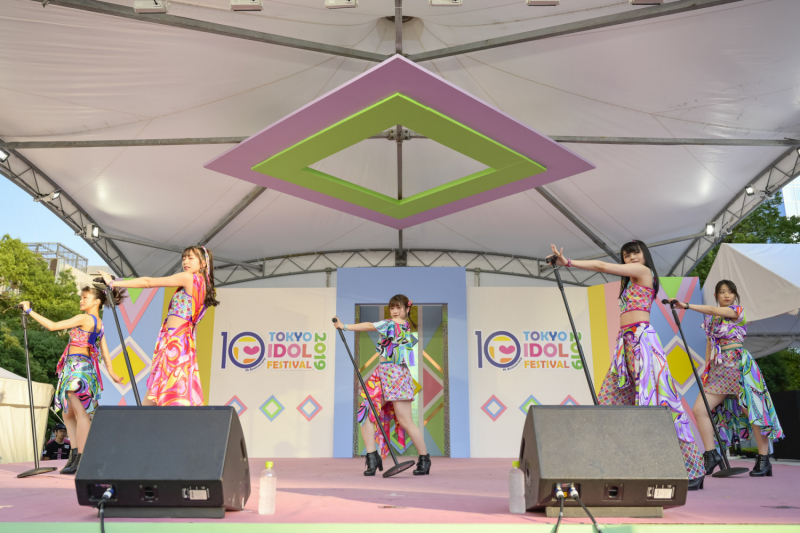 The Smile Garden performance was their final set of the day. Even as the sun began to set on the stage, the audience’s spirits were still high in anticipation of the girls. As they marched out on stage to the opening of “Ashita Tenki ni Naare!”, the fans immediately jumped into the rhythm with loud chants. Right off the bat, Kobushi Factory belted out their strong voices as one. Dressed in bright neon colors and dynamic patterns, they perfectly captured the summer energy. 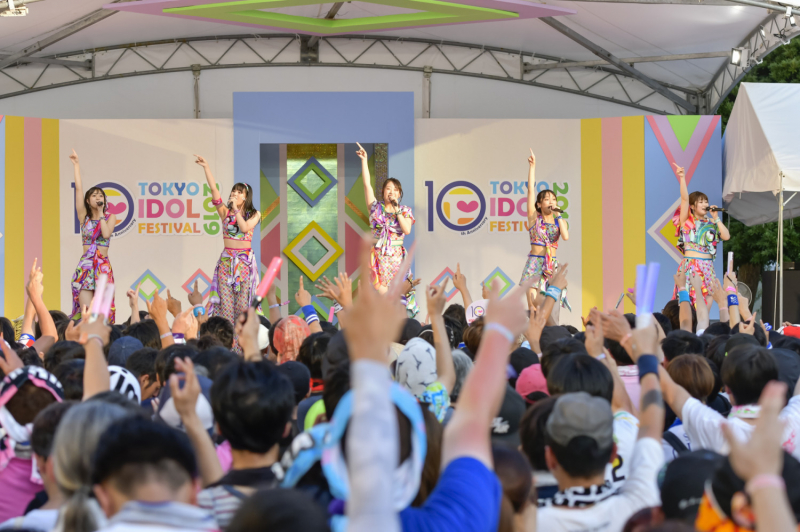 Pausing for a brief MC, Kobushi Factory introduced themselves to the audience at Smile Garden, and announced the release of their second album on October 2, 2019, to the delight of the fans. That day was also leader Ayaka Hirose’s 20th birthday, giving yet another cause for celebration. On that merry note they wrapping up their short talk, and the members then invited the audience to enjoy the rest of the performance. 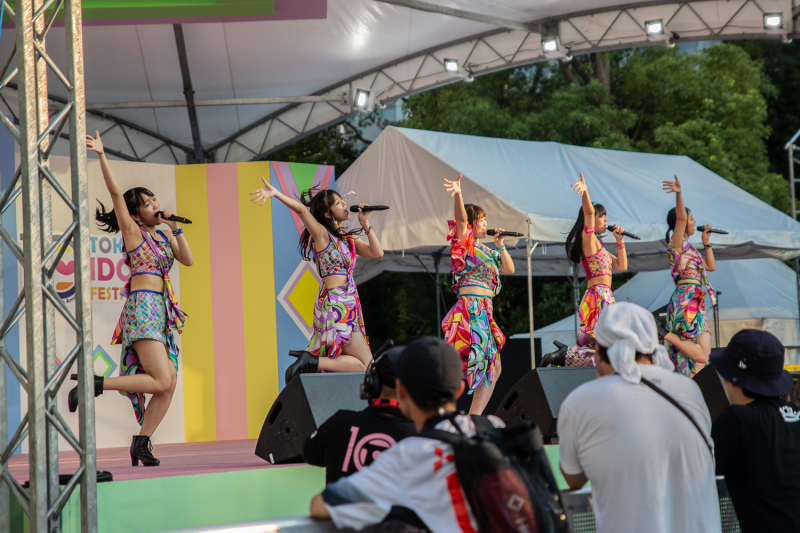 They launched back into the performance with the song “Samba! Kobushi Janeiro”, the perfect festive track for the season. They danced circles around the stage, and the audience jumped along to the beat with them. For the duration of a song, the entire venue became a colorful carnival. 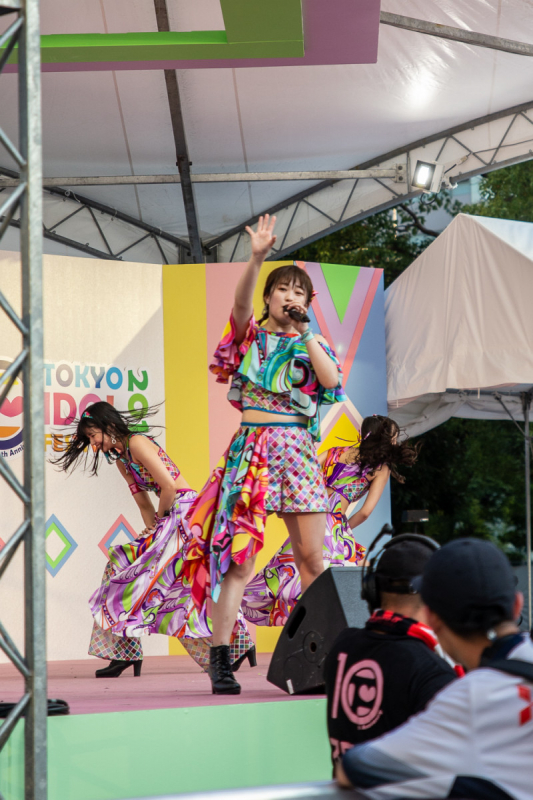 Next they performed “Nen ni wa Nen”, their first DVD single released back in 2015. Although the group has gone from eight members to five since then, they showed no less strength. If anything they were tighter than ever before, delivering their lines with incredible force and vigor under the strong setting sun. 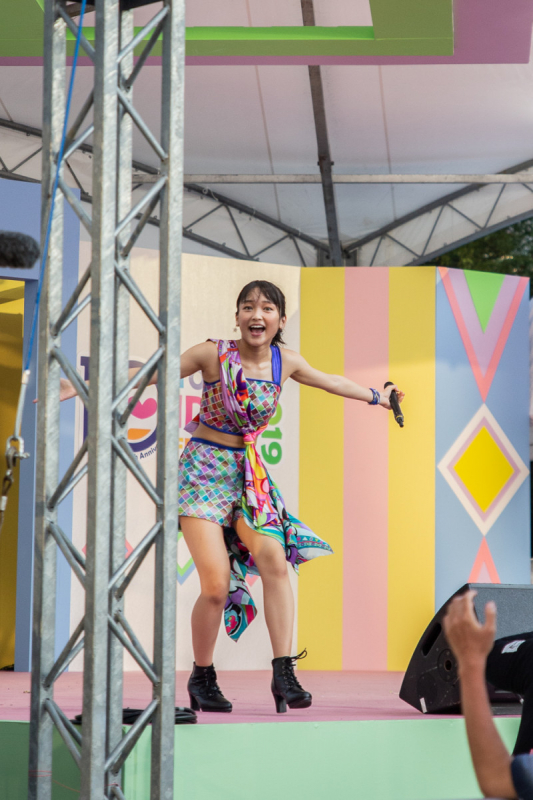 They brought the set to a rousing end with “Shalala! Yareru Hazu sa”, getting the audience to chant along with them as they raised their fists to the sky. Right till the very end, all five members showed their unbreakable dynamic in singing and dancing. They pumped up the crowd with their mighty vocals, ending their run at this year’s TIF with a bang. 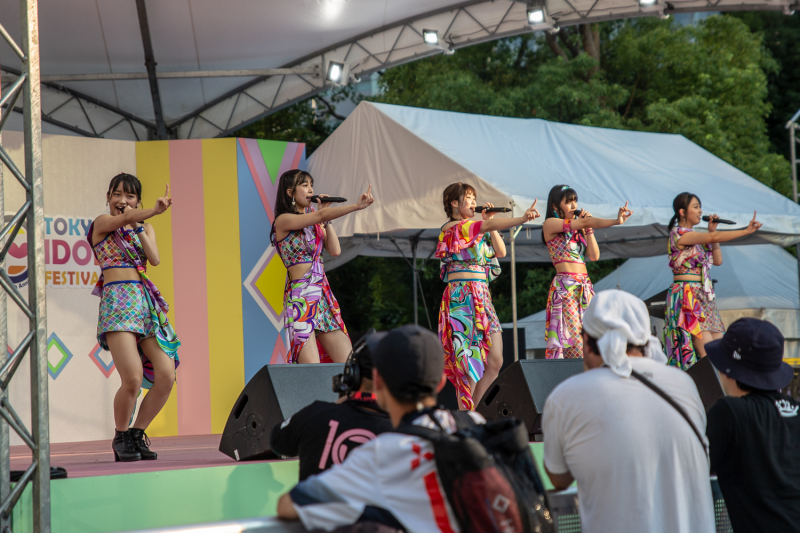 And for the cherry on top of the cake—a birthday song was played for leader Hirose. The other members sang for her together with all the fans in the venue, a sweet finish to another successful performance. 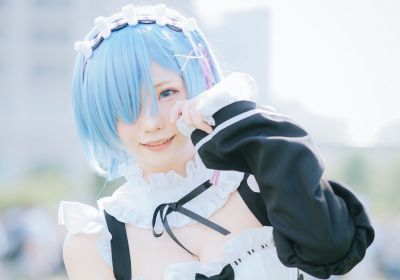 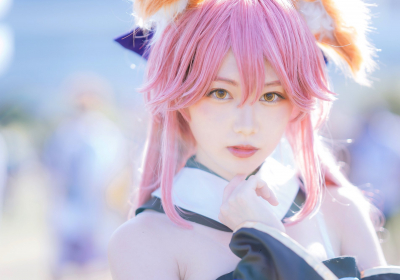 The 10th Anniversary of TOKYO IDOL FESTIVAL will be Held on August 2019!