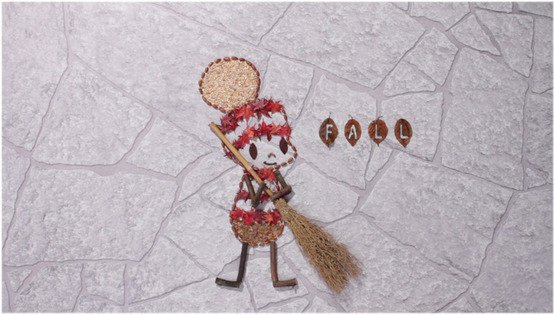 Popular manga artist Moyoko Anno‘s comic series “The Diary of Ochibi” is going to be reproduced as stop-motion animation!

Moyoko Annno is a Japanese manga artist and a fashion writer, especially known for her works “Happy Mania”, “Hataraki Man”, or “Sakuran” which have been gaining Japanese young girls’ popularity. “Ochibi” is the main character of the comic series “The Diary of Ochibi”, written by her. The story centres around the everyday of Ochibi, in a nostalgic Japanese town. Each story is written around the 4 seasons, with is beautifully drawn in water color.

In the manga, the beauty of Japan’s four seasons is used as a backdrop of each episode,  and objects that represent the 4 season as the materials to animate the story of the 4 seasons itself. For example, the story of spring is about a short story under the cherry tree, so I am animating it using food inside a picnic lunch box under the cherry blossom tree. Summer – Ochibi will be drawn on a Japanese fan, autumn- Ochibi will be made out of fallen leaves, winter- Ochibi will come to life as a painting on a tea cup.

Currently they are raising costs on website INDIEGOGO, and you can see background of production more in details there! You can get special perks if you support them, so don’t miss this chance!