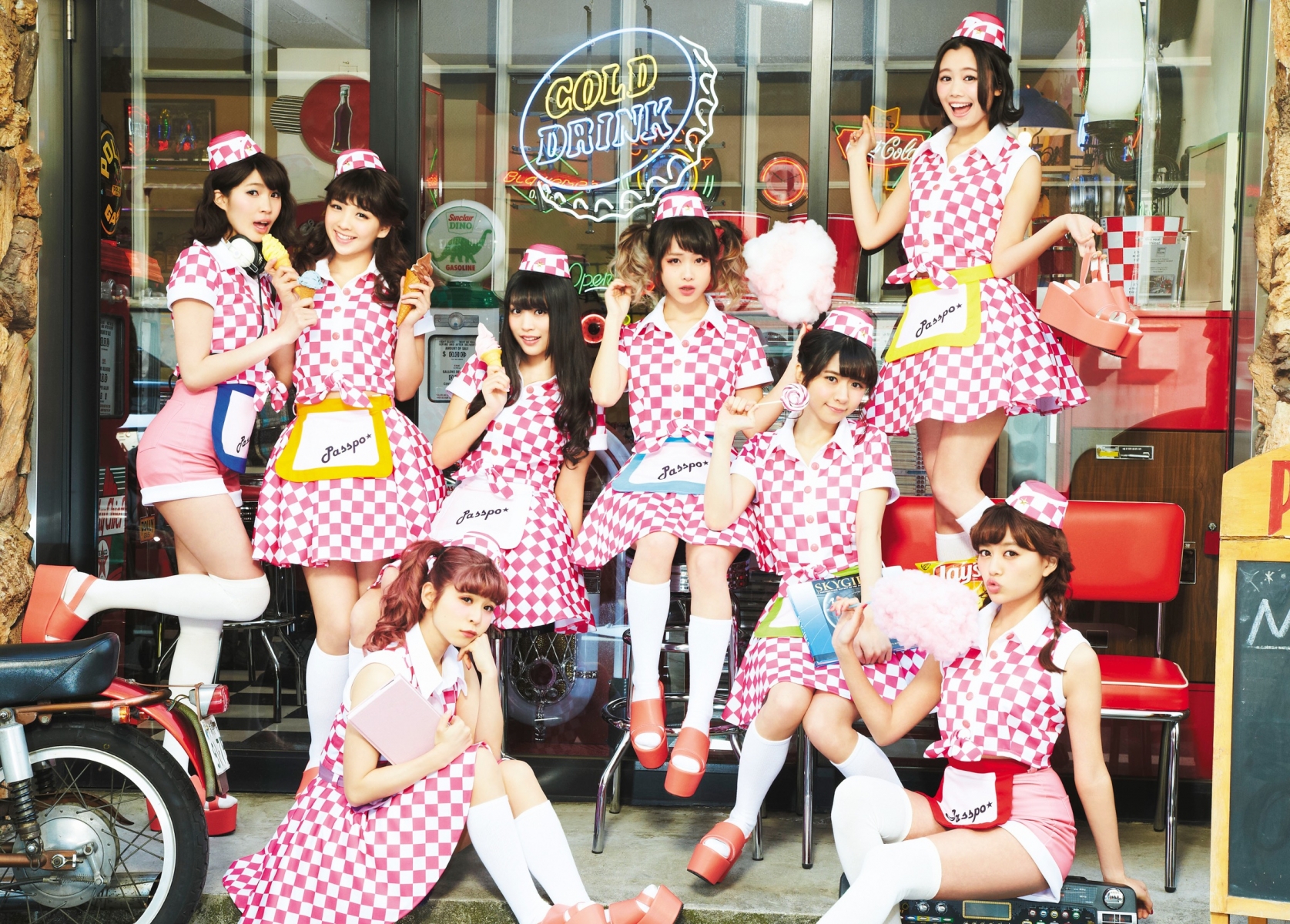 A cute group of 9 flight attendants! They are a girls’ rock unit featuring the “sky” and “traveling”, and were formed in 2009 with the concept “creating with everyone”.
Each live performance is a “flight”, where members take the role of “crews” with costumes of flight attendants and entertain their fans or “passengers”.
This creative concept, consistent full-scale rock sound from their indies, and familiarity from non-idol like talk and actions are what make them popular.
Their major debut single 「Shoujo-hikou」 sold from May 4th, 2011, ranked top in the Oricon weekly ranking after its first week of sales, which was a first ever achievement for an all-girls’ group.
They performed at the “JAPAN EXPO” held in Paris (July 2011) to an audience of 5000 and have captured hearts of fans outside Japan.