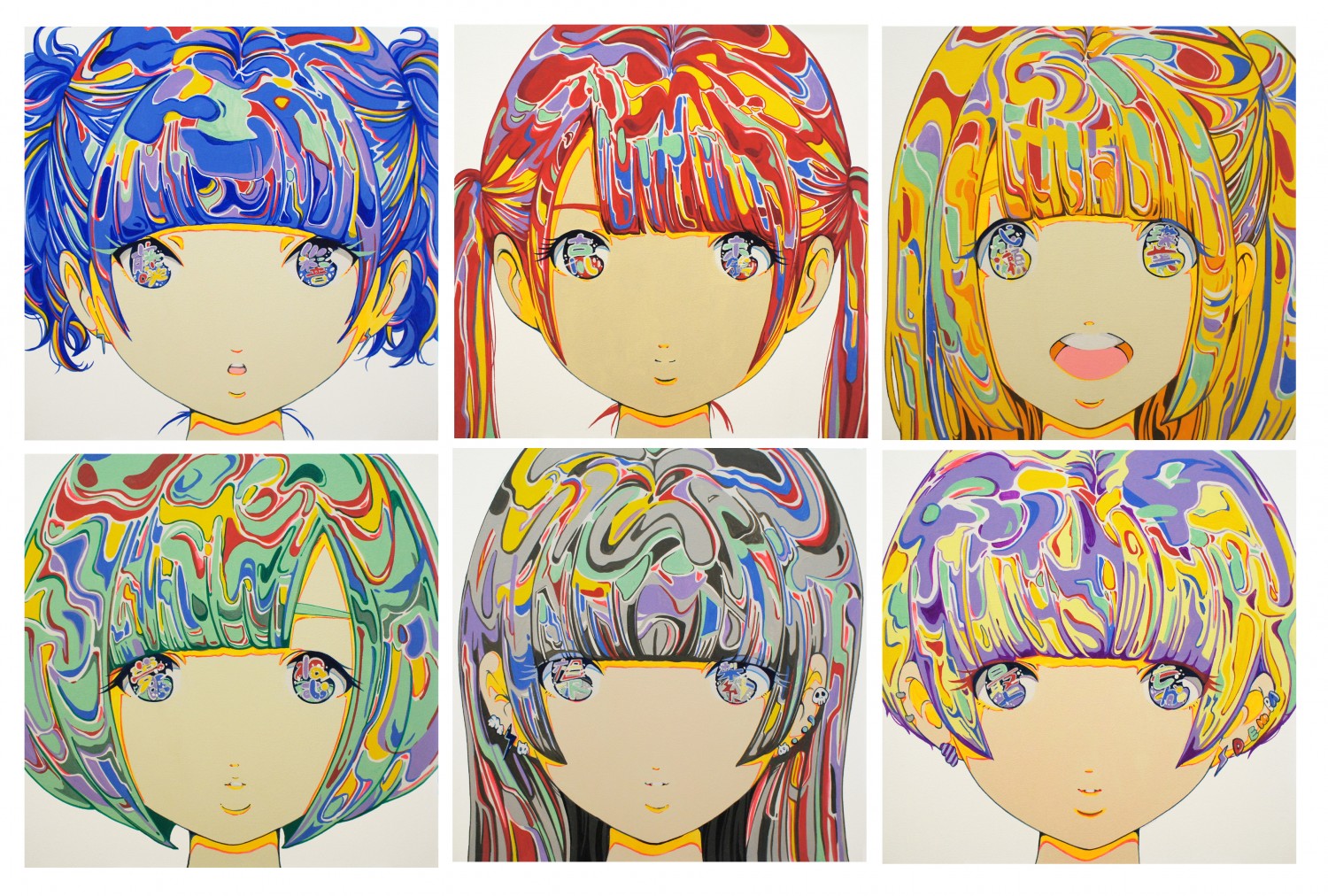 Japan is known worldwide for its traditional design principles and zen-influenced aesthetics like “wabi-sabi,” but how about the up-and-coming illustrators of subculture Japan? Bright color palettes and a big emphasis on kawaii and youth culture help define some of the most prominent artists in Tokyo’s underground art scene. Find out more about the artists you see all over Harajuku and your favorite idols’ album covers! 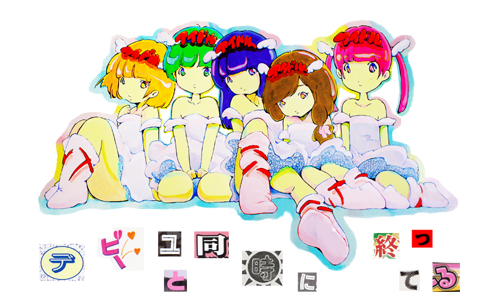 1. Ai Madonna
Specializing in colorful-haired schoolgirls with sapphic overtones, Ai Madonna has become one of the most recognizable illustrators in the subculture scene thanks to her collaborations on t-shirts, pins, and other goods with idol group Dempagumi.inc. She’s also offered her talents to Bandjanaimon!, creating 4 different album jackets with the group. Her fascination with seishun (youth) is shared by many in Japan, tying her colorful imagery of school uniforms to good memories of feeling young and vibrant.
Twitter: https://twitter.com/aimadonna
Official Site: http://ai-madonna.jp/

2. Omochi Alien
Omochi Alien is exactly what it sounds like– a squishy, sticky alien girl made of mochi. She is five years old and in the Hydrangea class at her kindergarten on the distant 135th planet “Ami.” Omochi Alien is a character created by an artist known as borutanext5, and may have caught her big break making cameos in Dempagumi.inc’s 2013 video for “DenDenPassion.” Recently, she can be spotted in plush form inside UFO catchers, so you can take home an Omochi Alien of your own! Don’t forget the Omochi Camera iOS app, where you can stamp the lumpy alien onto all your photos.
Twitter: https://twitter.com/omochialien/
Official Site: http://omochialien.com/mobile/
Facebook: https://m.facebook.com/omochialien/
iOS App: https://itunes.apple.com/jp/app/omochikamera/id838951669 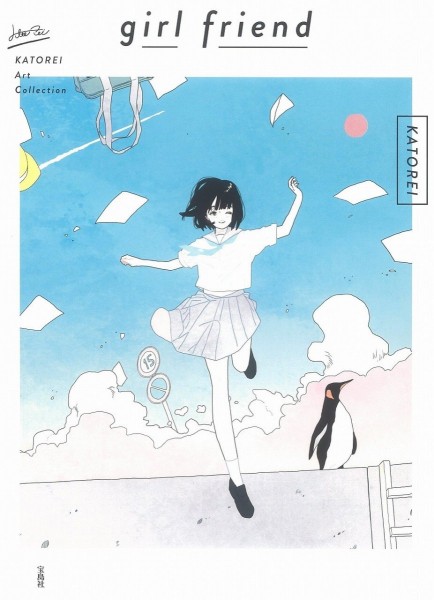 3. Kato Rei
With thin, crisp lines and a gentle, subdued color palette, Kato Rei’s illustrations are romantic in both feel and content— his pieces often include a speech bubble with some bittersweet musings, like “please make my heart beat faster this year, too” and “I closed my eyes as if I was kissing the crying sky.” Over the summer, he released his first art book, “girl friend,” and penned Amanatsu Yuzu’s solo jacket for Bandjanaimon’s newest single, “NaMiDa.” Check him out on tumblr, too!
Twitter: https://twitter.com/rainnu_/
Tumblr: http://katorei.tumblr.com/ 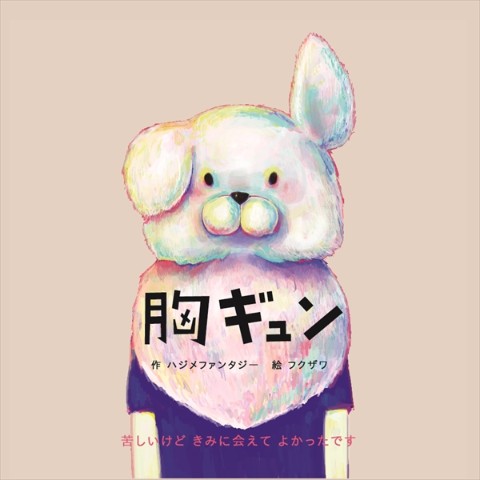 4. Fukuzawa
A self-titled “music-style illustrator,” Fukuzawa enjoys participating in the music scene through their art, whether it’s illustrating bands’ music videos or doing live paints on stage right beside them. Recently, in collaboration with book/music/variety stores Tsutaya and Village Vanguard, Fukuzawa’s mildly melancholy work has been reaching a wider audience. Over the summer, they collaborated with t-shirt designer and sentimental poet Hajime Fantasy to create Mune Gyun, an illustrated poetic short story about one-sided love. The two embarked on a countrywide book tour featuring live paints by Fukuzawa and a line of poetry for each location by Hajime Fantasy.
Twitter: https://twitter.com/fuku_zawa
Official Site: http://fukuzaworld.com/
Hajime Fantasy’s Official Site: http://hajimefantasy.com/ 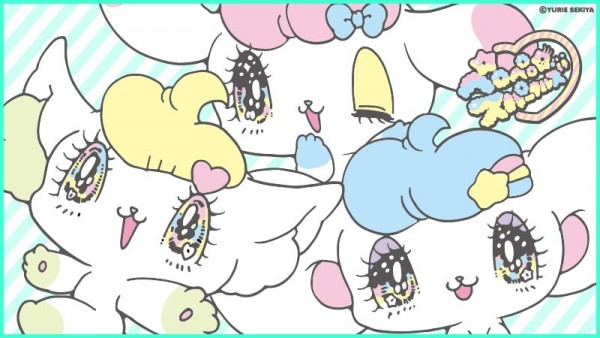 5. Sekiya Yurie
With their trademark super-sparkly kira-kira eyes, Sekiya Yurie’s girls and critters started catching on in Harajuku and are now taking over Tokyo. Reminiscent of 90’s toys like Popples and Strawberry Shortcake, her saccharinely-sweet characters have been featured in mash-ups with PASSPO, Bandjanaimon!, Neon Genesis Evangelion, as well as on the covers of popular fashion magazines NYLON, with various fashion brands, and most recently, in UFO catchers as cute plush toys.
Twitter: https://twitter.com/gonhanamizz
Official Site: http://www.hanamizz.org/
Tumblr: http://yuriesekiya.tumblr.com/ 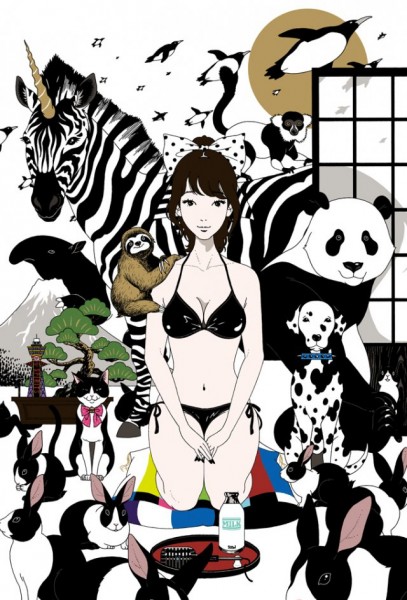 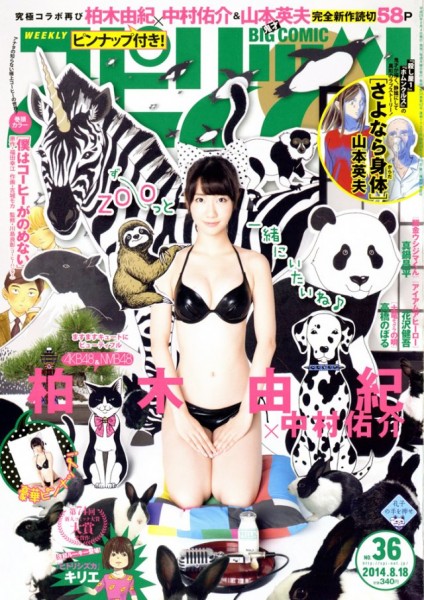 6. Nakamura Yusuke
Nakamura Yusuke is that type of artist you never knew you already knew, especially if you’ve ever listened an Asian Kung-Fu Generation CD. Aside from having designed countless album covers and other art for the band, Nakamura’s distinctly bold style of pure-white people and vivid animals in fantastical settings can be found on the covers of magazines and in print at fashionable book shops like Village Vanguard. He also created a series of illustrations with Big Comic Spirits, featuring a collaboration with AKB48’s Kashiwagi Yuki!
Twitter: https://twitter.com/kazekissa
Official Site: http://www.yusukenakamura.net/ 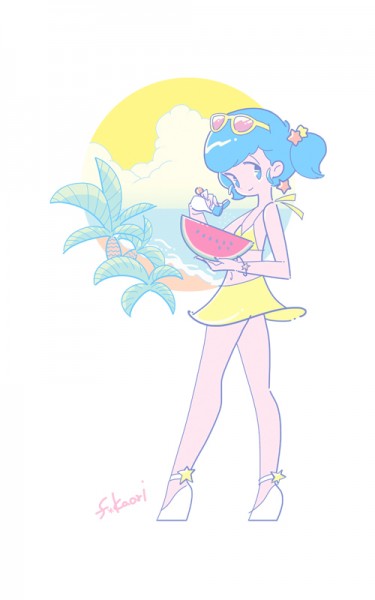 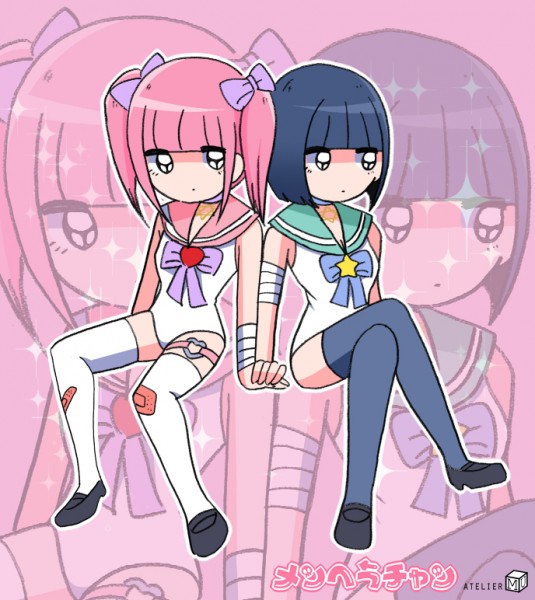 8. Menherachan
Mental health issues as a fashion statement have become somewhat of a trend among young subculture Japan, so of course even this trend has a cute mascot— Menherachan. Designed by illustrator and manga artist Ezaki Bisuko, Menherachan and her friends Sabukaruchan and Yumekawachan are paired with dark imagery like pills, nooses and knives in a totally weird combination of kawaii (cute) and kowai (scary). Their goods feature all sorts of edgy messages, like the kanji for “death” and “suffering” pasted in cute pink hearts, or magical box cutter-wielding girls telling you you’re ugly and need to die. Everybody has an edgy teen phrase, right?
Twitter: https://twitter.com/5623V2/
Official Site: http://ateliermu.wix.com/ateliermu
Tumblr: http://menheracyan.tumblr.com/ 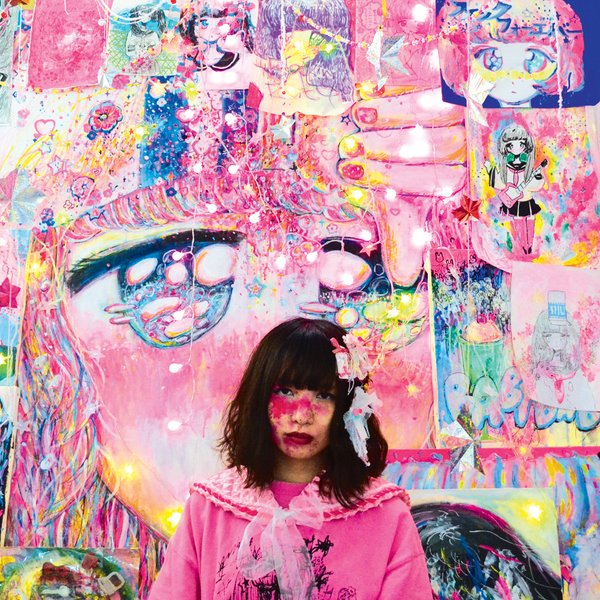 9. Saiaku Nana
If you happen to be in an edgy adult phrase, Saiaku Nana might be for you. Combining haphazard colors, lines, and patterns makes for a sort of cute-chaos with melancholy undertones, fit for depicting the emotions and suffering of girls. With an aesthetic reminiscent of Omori Seiko’s crazy “Kyurukyuru” music video, it’s not too surprising that they’ve collaborated on a t-shirt.
Twitter: https://twitter.com/saiakunana/
Tumblr: http://saiakunana.tumblr.com/ 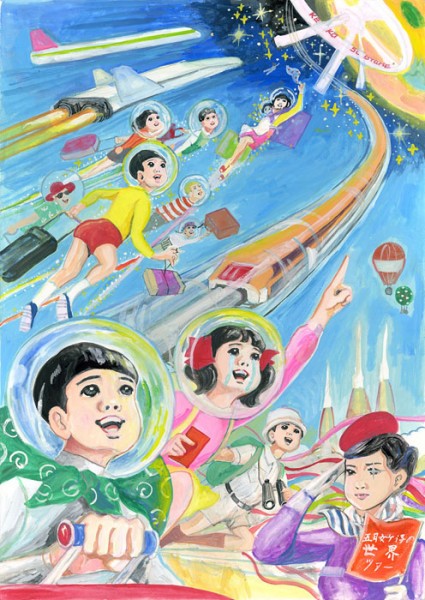 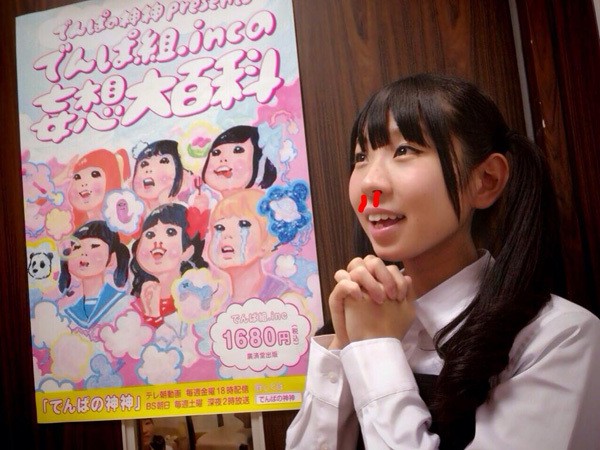 Did you find some artists you knew? How about new artists to follow? Check ‘em out and be ahead of the game when you see their next idol jacket cover collaboration!