Kyary Pamyu Pamyu Unveils the Artwork for “Yume no Hajimarinrin” 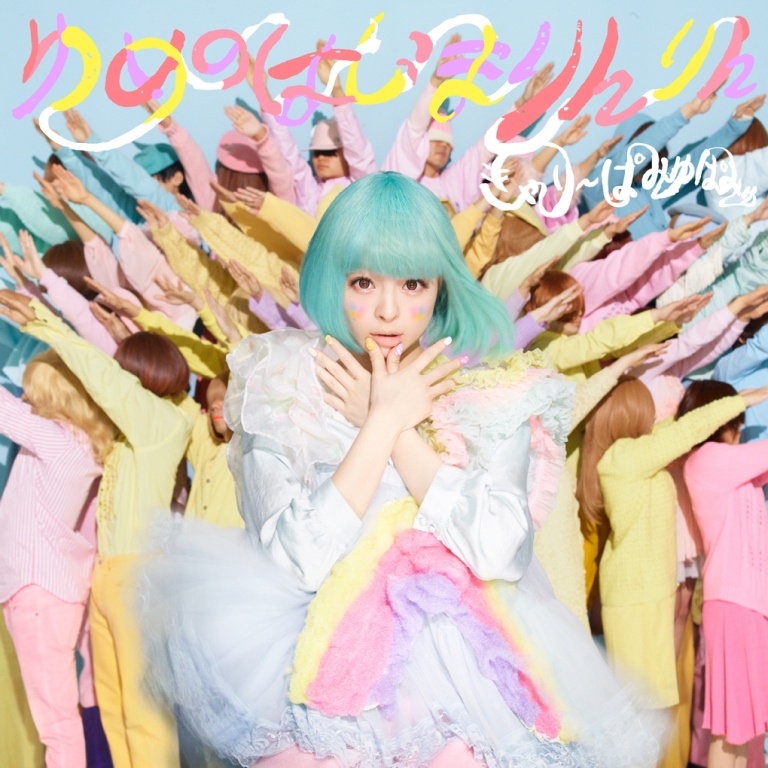 Kyary Pamyu Pamyu, who declared the evolution to Super Kyary Pamyu Pamyu as her manifest of 2014, unveiled the new artwork for her upcoming single “Yume no Hajimarinrin” which is set for release on February 26.
The song is gathering public attentions in Japan, as the theme song for the TVCM of “CHINTAI”, a popular leasehold property introduction service company.

It will mark her 8th single. As usual, Yasutaka Nakata produced the song specially for the TVCM, based on the theme “meeting and parting.” It will match well for graduation season.

The concept of the new artworks is “A dreamland (ゆめの世界).” About 32 extras, including her staff and fans, participated in the shooting of the jacket covers. The extras make a rainbow of pastel colors, and Kyary herself wear a pure white costume like a ‘cloud.’

Furthermore, the limited edition will come with the choreography video of her hit tune “Ninjari Ban Ban.”
Stay tune to the release!