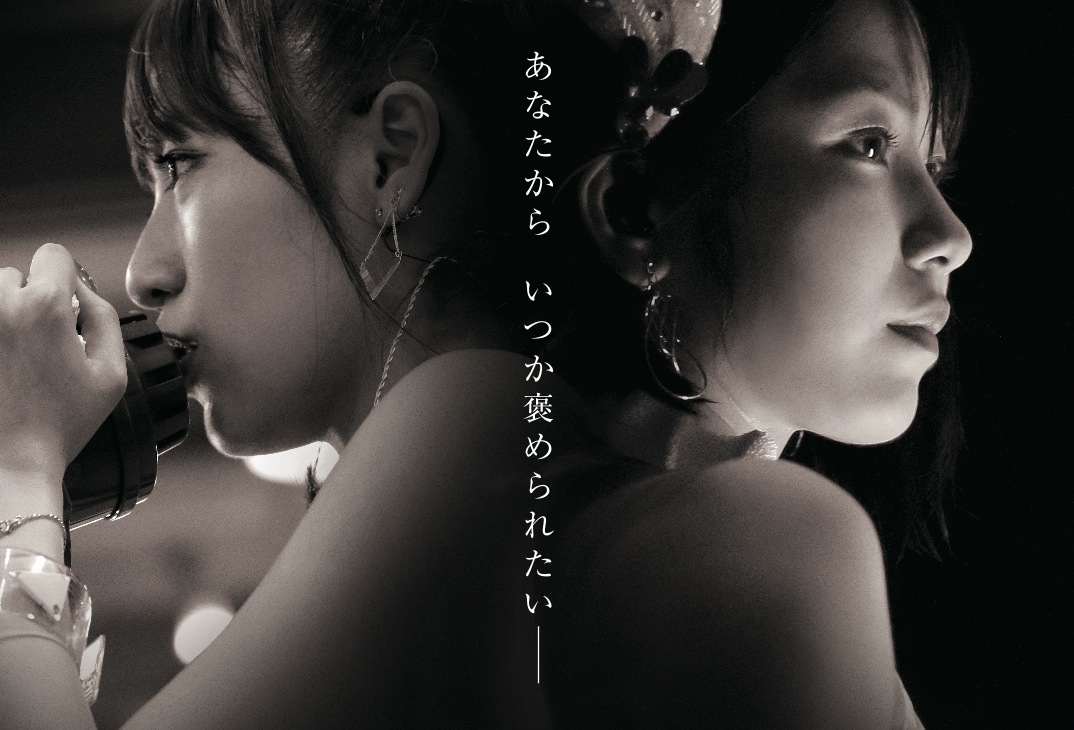 As a surprise announcement near the end of “5th AKB48 Kouhaku Taikou Utagassen”, the song that shares the same title as the Setlist was featured in a video showing everyone, including executive producer Yasushi Akimoto, putting final touches on theater, costumes and recording as they get ready to roll out the finished stage. The video ended with a message that said “(We plan to have) No more delays”. It was very unusual for both the melody and lyrics of a theater song to be revealed before the opening. 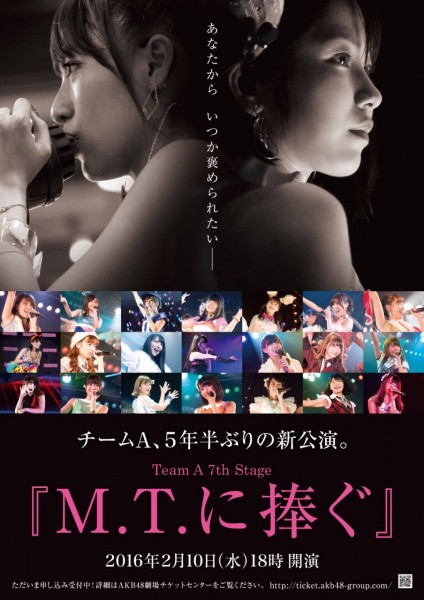 Of course, “M.T” refers to Minami Takahashi, the group’s ex-general manager, who was already crying as soon as she saw the name of the Setlist.

The promotional poster for the Setlist was on display at the venue of “AKB48 Solo Request Hour Setlist Best 100 2016”, held just a few days ago. The poster features the current 21 members of Team A, as well as Takahashi and Yui Yokoyama, the new general manager. The last line of the song “M.T. ni Sasagu” was written between their faces on the poster: “I want to earn your praise someday”.