Cheeky Parade Wraps Up the Semi-Final Show of their Nationwide Tour in Great Success! 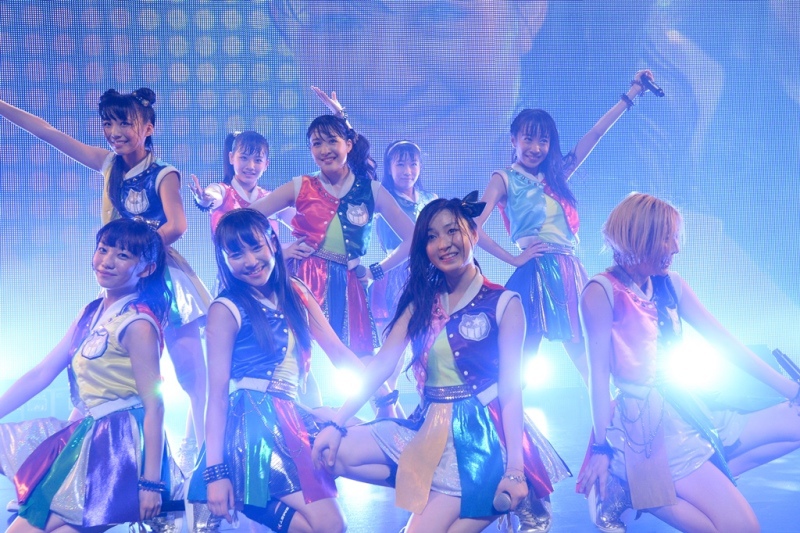 The “slightly cheeky and aggressive” nine-member group “Cheeky Parade” performed two new songs for the first time at their semi-final show of their nationwide tour at EX THEATER ROPPONGI on Saturday, August 16th, drawing an audience of 2,000 from day to night.

On the same day, Cheeky Parade was also appointed by the Japan Shopping Tourism Organization as a “Japan Pop Culture OKAIMONO Goodwill Ambassador”. They received their letter of appointment and commemorative gifts together in a ceremony. 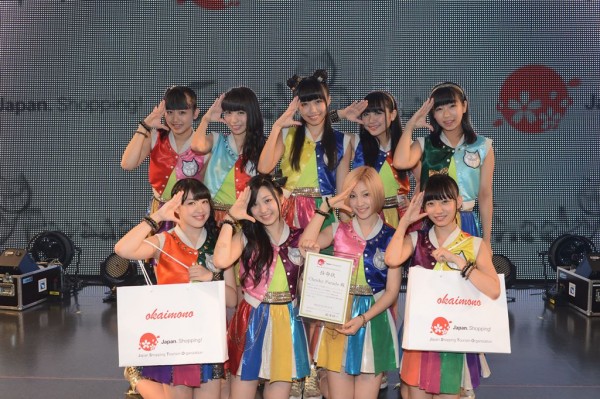 Their leader, Yuna Sekine, spoke enthusiastically, saying “In preparation for our last performance of the tour in NY in October, we’re really happy to be selected for this big role. We want NY to know more about Japanese culture, so we’re going to bring souvenirs from Japan, and educate people about Japanese culture!”

When asked what she wants to do in NY, there was a sparkle in Yuriya Suzuki’s eyes. “First, I want to put on the kind of performance in NY that will give us and our fans a sense of unity!”

At the main event, an enormous 615-inch LED was on standby, like at the one-man live event at the Shinagawa Stellar Ball on March 22nd.

Projections of updated original images, the members’ performance, the excitement of the venue, and lasers all united into one explosive Cheekynology (Cheeky+Technology) live event. 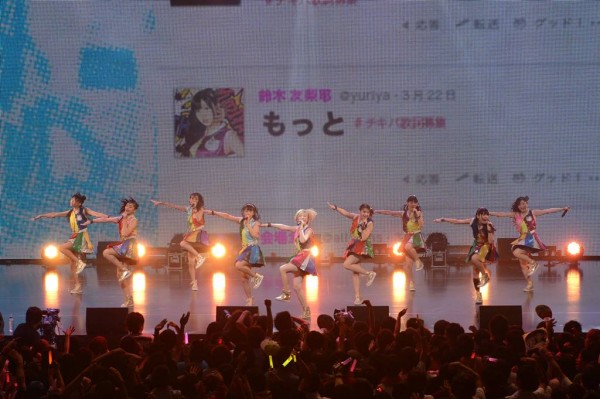 This time, they performed two new songs that were released on “Together” in June: the cute and poppy number “PiNPON MUSiC”, and“LEFT or RIGHT…?”, memorable for its fantasy-like sound.
Cheeky Parade performed these two new songs of varied tempos, displaying their widening breadth of musicality.

The audience cheered with a passion to rival that of the members’ palpable spirit, as they sang all 20 songs with almost no MC and danced away on that breathtaking stage.

The group finally moved on to the MC corner after the second portion’s encore ended. The nine members could not hold back their overflowing tears and emotion.

As the youngest member, Mariya Suzuki threw out her feelings honestly. “To all of the fans, all of the staff, and my family! I really appreciate you!”

Yuna Sekine left behind a passionate message. “At the last one-man live event, through various conflicts we were able to fully do our best. It wasn’t easy to beat that, but at today’s concert we all shared our feelings and become unified! We can try our best because you all are here! We’ll keep sweating, and reach for the top! Please continue to love Chikipa!”

The slightly cheeky Chikipa has completed their preparation for their NY performance!!
They have promised to continue to leap forward. 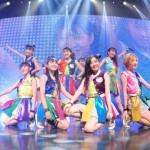 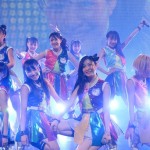 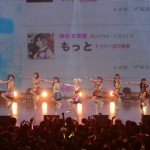 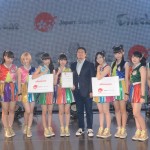 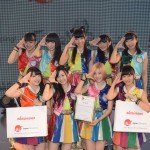 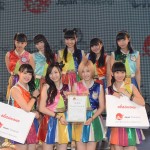 Title is to be announced (Mini Album) [CD+DVD]