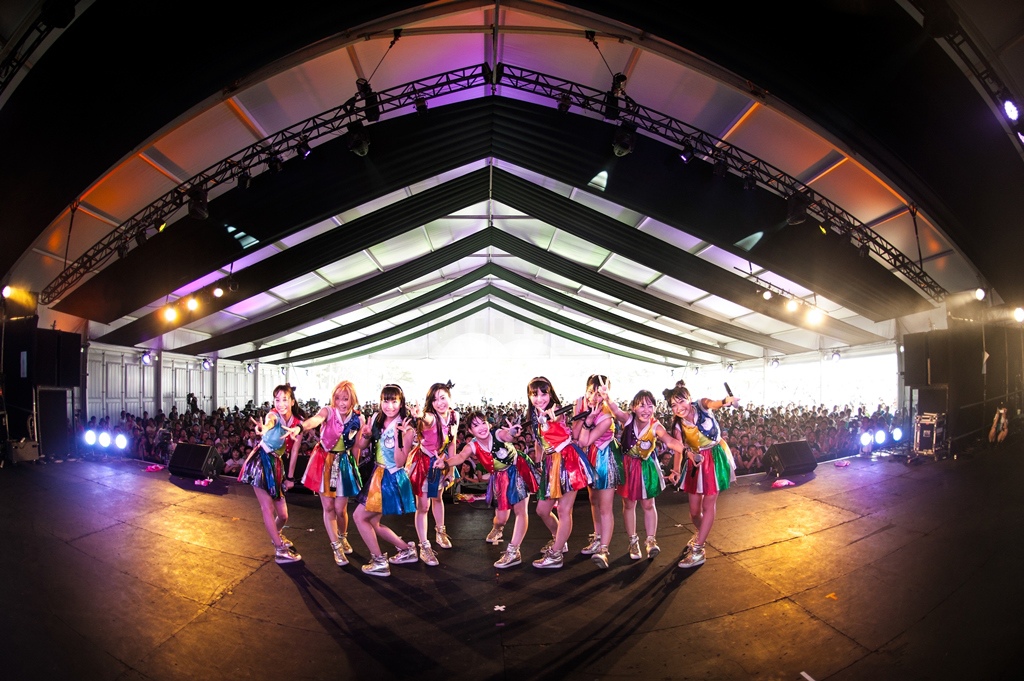 On the final day of ROCK IN JAPAN FESTIVAL 2014 (August 10), Cheeky Parade made their appearance on the BUZZ STAGE. As tickets had been sold out long before Cheeky Parade had been announced as a performer, this was their first experience appearing before an “away” crowd. In spite of that, Cheeky Parade did their best to get the audience pumped up, even going so far as to alter their choreography to match the mood of a rock festival. Through their energetic dancing, uptempo electro songs, and the warm reception of the attendees, Cheeky Parade was rewarded with waves of applause at the end of their five-song medley.

Cheeky Parade’s whirlwind summer of festivals is not over yet though! They will also be appearing at Tokyo Girls Collection (Saitama Super Arena) on September 6 and Inazuma Rock Fest 2014 in Shiga on September 14. For those not up to traveling all the way to Shiga, or even Saitama, there might still be tickets available for the final domestic performance of Cheeky Parade’s “NINE LIVES TOUR~Chikipa no NATSUMATSURI~” this Saturday (August 16) at the EX THEATER in Roppongi. Fans in the United States can also look forward to when Cheeky Parade performs in New York’s famous Times Square on October 10 to end their tour. 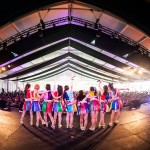 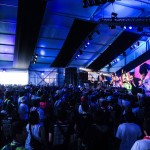 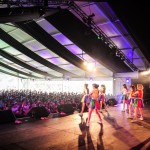 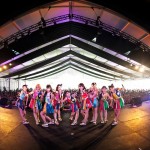