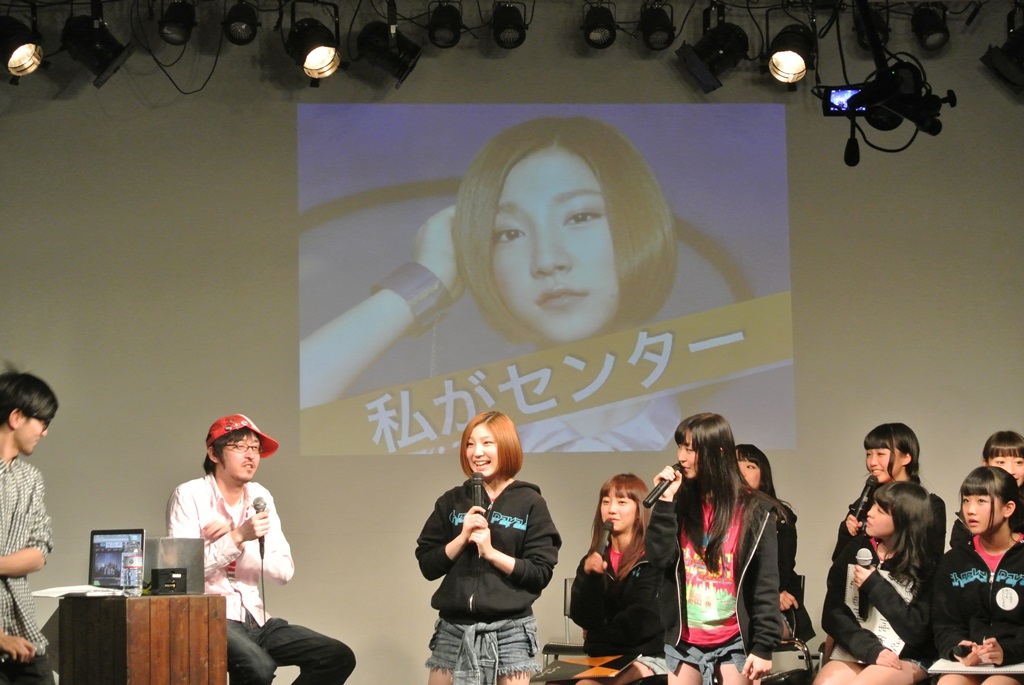 Cheeky Parade is an idol group that has a reputation for its edgy sound and energetic dance performance.

They are now in the new song production using the social network program titled “Cheeky Parade × 2.5D Project CP ~Chousenshatachi~“. Any of us can take part in the SNS.

In the second event held on the SNS recently, Cheeky Parade and the fans listened to a demo track brought by a music creator “Hige Driver”. The fans gave great cheers when they found the demo hilarious and became as they discussed in the last event.

Then the members talked about their favorite lyrics out of the works previously chosen from among the SNS. 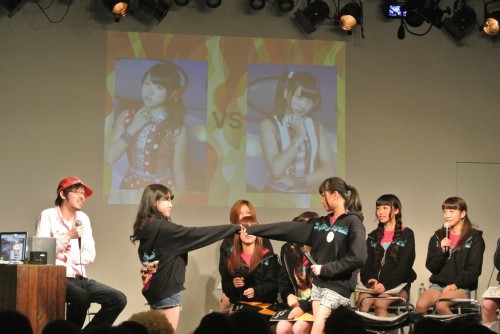 By the way, “Acchi Muite Hoi” can be translated as “Look this way”, or “Look where I point”.
The game is made by two people after Janken (Rock-paper-scissors). The winner of Janken points up, down, right, or left when the phrase reaches “Hoi” part. If the loser of Janken look same direction as you pointed, you win. For those who are interested in the game, search it on YouTube, you can find it real quick.

Going back to Cheeky Parade, Mariya Suzuki, is the life and soul of the group, and has a great voice. She was celebrated the victory with unanimous applause.
Cheeky Parade holds the first solo live “THE FIRST” on March 22. Ticket sold out in both first and second shows.
They are going to hold a long-awaited nationwide live tour from April. They also unveiled the final performance of the tour will be held in NewYork, the USA.

We can’t keep our eyes off Cheeky Parade, they’re totally on a roll. 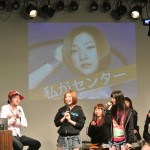 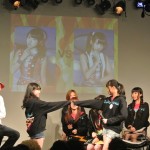 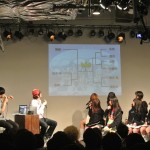 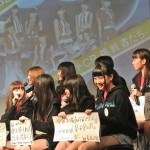 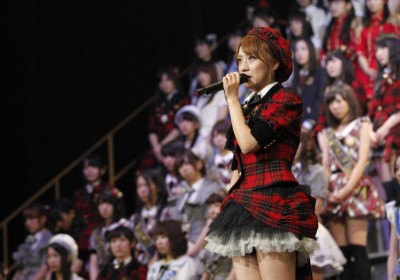 The great shuffle of AKB48 group upset fans and even members!