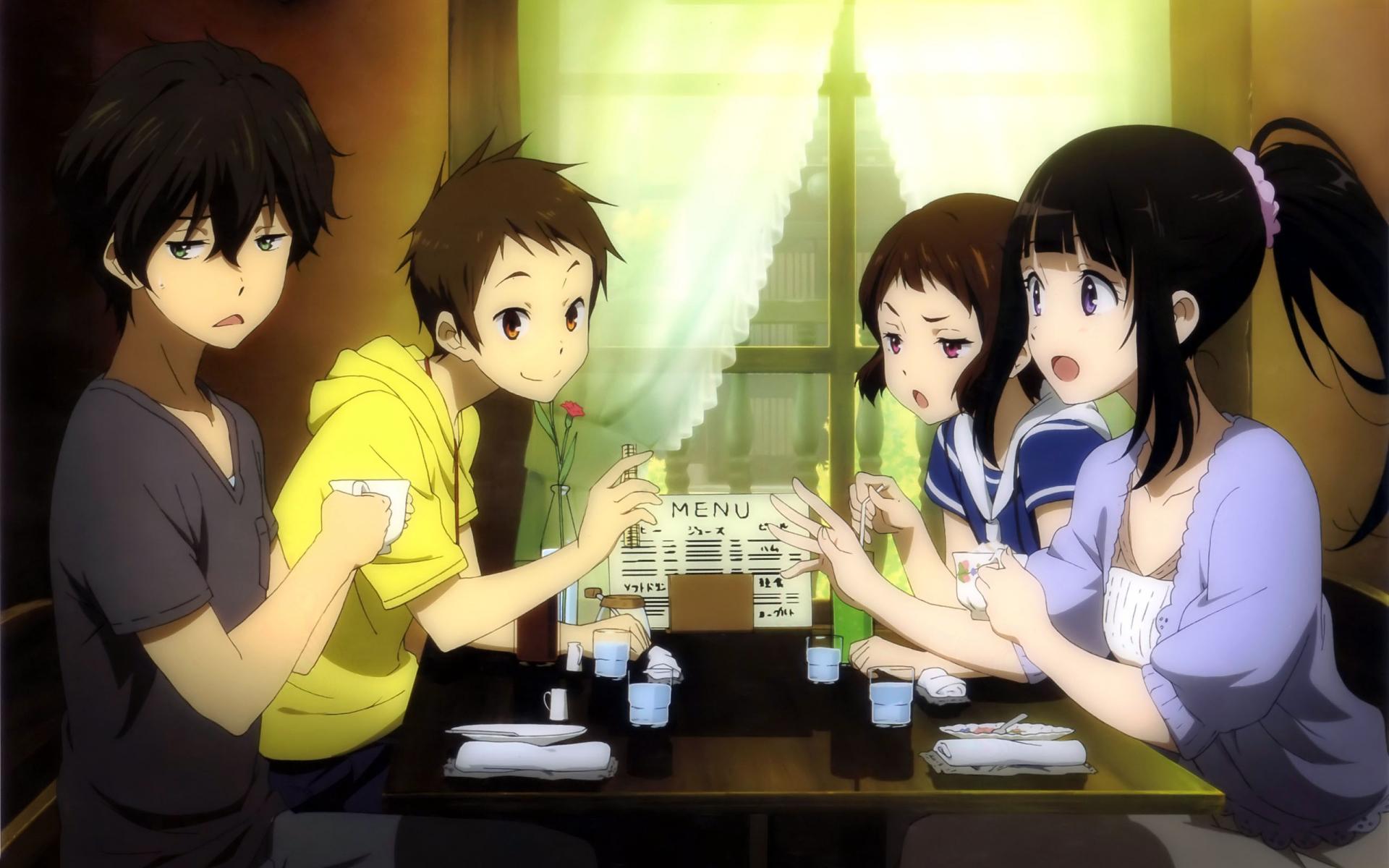 Even if you’ve never studied in a Japanese high school, you might have a good idea of what it’s like to be involved in afterschool club activities thanks to popular anime series. Whether it’s basketball (Haikyuu!!), swimming (Free!) or light music (K-On!), such hits give viewers a good idea of what it’s like to devote your school life to club activities, known as bukatsu in Japanese. So you already know about sports and music—but what about the other clubs? Take a look at these five series, and you might discover something new.

Japan takes card games to a whole new level with competitive karuta, a playing card game based on traditional poems. In the 2011 anime Chihayafuru, the main character Chihaya is the spirited captain of her high school’s karuta club and a grade A player. While devoting herself to karuta, she navigates the friendships and love life connected to her one true passion—you’ve never seen a card game this intense! 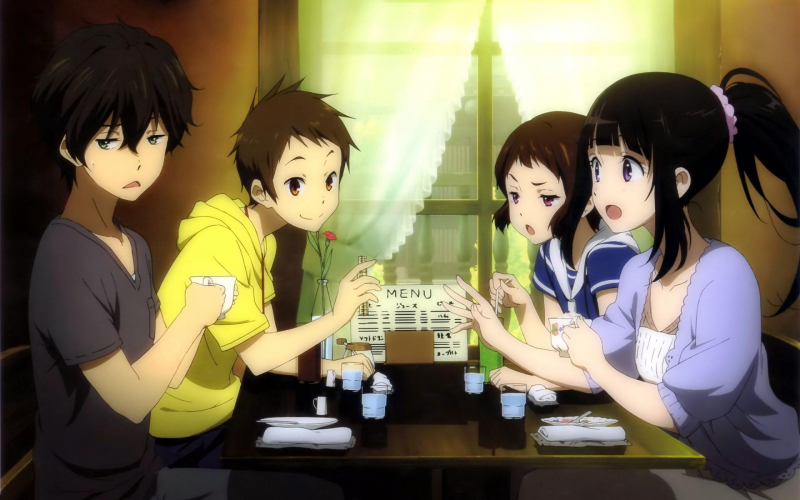 Clubs are a place for like-minded individuals to gather—in Hyouka, four young sleuths come together to solve mysteries. The Classic Literature Club, which was in danger of becoming shut down, becomes the base of the main characters’ investigative work throughout the series. With the curiosity and intuition of the club members, it’s never long before clues and secrets are dug up from the old anthologies collected within the club.

“The Society for the Study of Modern Visual Culture” sounds like a fine, educational organization, until you realize it is essentially an otaku club. The members form a tempestuous friendship over the eccentric hobbies they share, forging an unlikely bond that gradually grows tighter as the series progresses. They share the personal struggles and insecurities they face as individuals, ultimately coming together to enjoy their otaku interests. From comic conventions to cosplay contests, there are plenty of fun adventures that the audience is sure to appreciate and relate to. 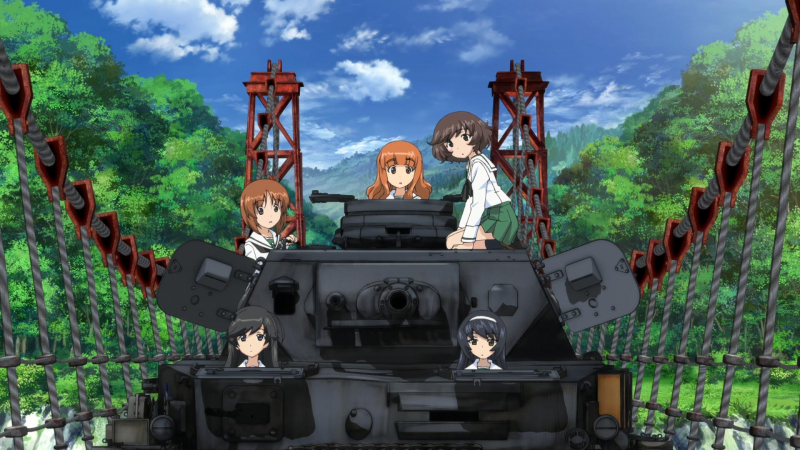 If you’re looking for a strange yet unexpectedly good combination, look no further and check out Girls und Panzer. High school girls driving military tanks isn’t quite the typical image, yet this anime makes it work by making them compete in tank warfare, a traditional martial art in this universe. Between the cutthroat strategies and cute school girl dynamics, this is one series that opens your eyes to a truly one-of-a-kind school activity. It’s so unique you might not actually see it anywhere else, but this anime brings you on a journey that only these tank-commandeering school girls can tread. 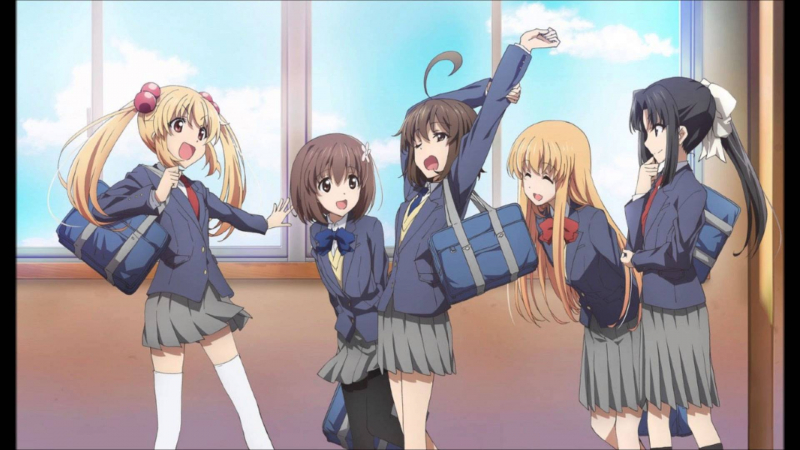 Finally, how can we forget the Going Home Club? These students get credit for being different and not actually doing anything; the entire 12-episode series is centered on five girls and the things they do that aren’t club activities. They have long meaningless conversations, play games, and most importantly have as much fun as they can possibly have in their school life.

Anime often acts as a window into the lives of ordinary Japanese high school students who sometimes do things that are a little out of the ordinary. With these five anime series and the quirky after school club activities they portray, you won’t get bored taking a slice of their life each episode. 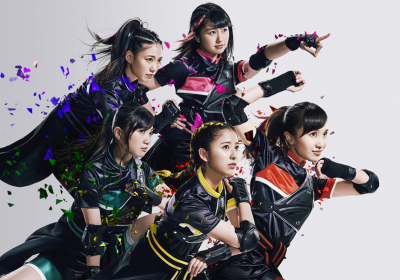 Cool and Sporty! Artwork for Momoiro Clover Z’s New Single “BLAST!” is Out